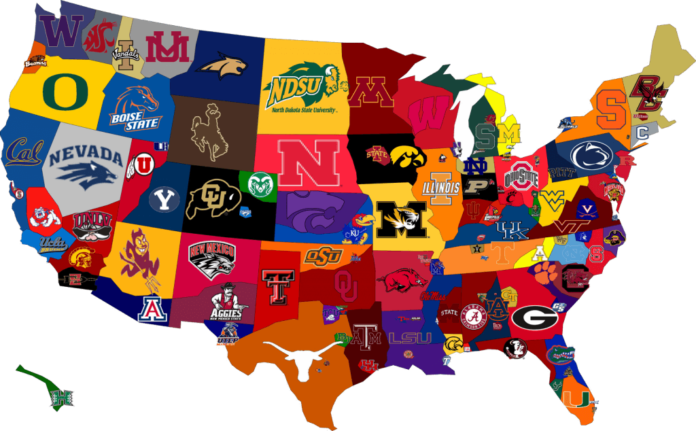 In the world of college football, everyone from State Universities to Harvard to even Military academies want to be the best. Through superior coaching, dedicated and passionate players, and perhaps a bit of luck, a program can sometimes stand out as one of the best of the decade. Here, we take a look at the top ten college football programs as of 2016. To do so, we will look at the win/loss records, coaching and management statistics, and overall performance of teams since 2010. Though each season does matter, longer trends tend to better indicators of program performance, especially in football.

Starting off our list of ten best teams is one that if you were to look at just this season, probably wouldn’t have made it on the top 20. Despite having a five game losing streak (the longest in 25 years), overall the performance of Michigan State has been exceptional. With a score of just under 85% on the S&P+ Statistics measurement for them under the direction of Mark Hollis and Mark Dantonio, there is still plenty of reason why this team should be paid attention to. 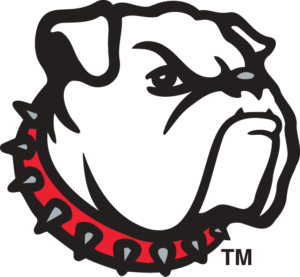 The Bulldogs, despite having a nearly even win loss record for the 2016 season on average typically have about an 86% S&P+ rate. While certainly not winning any major awards for pass or rushing yards at time of writing, Georgia has remained consistently solid with both coaching staff and team training. University of Georgia’s scouting is often seen as having a home field advantage in the sport, as many recruits to top University teams started out in Georgia. With regular end of season conference standings at the top 10 or higher, Georgia will likely rise on this list in coming years, especially if their 2017 recruits have anything to say about it. 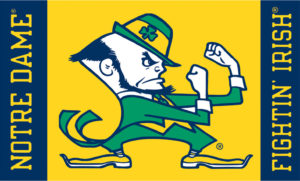 Ever since the beginning of their program, Notre Dame’s Fighting Irish have been living up to their name. With this season’s Junior Quarterback DeShone Kizer throwing for nearly 1,200 yards (the second most in the history of the school) and scoring in a recent game against Syracuse in just under 20 seconds, the tradition seems like it will continue. With a consistent S&P+ closing in on 90% for the decade, there is plenty of reason why this team has had every home game sell out since 1973. 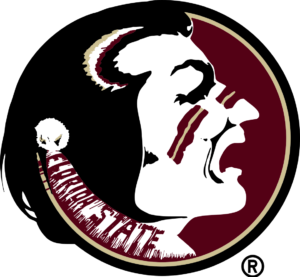 With one of the most distinctive crowd chants in the game, the Florida State Seminoles have been cheered on to a 90% S&P+ percentage over the past decade. Though the era of Bobby Bowden has long since passed, some of the traditions have remained, not least of which being the notoriously aggressive play style of the team and preference towards rushing. Rushing alone has accounted for 17 touchdowns as of writing, a fairly impressive run for a team with so many young players. 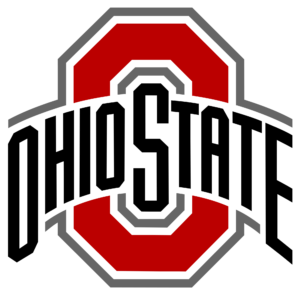 Making both number 6 on this list and the season rankings of 2016, Buckeye fans have the gift of being able to expect consistent excellence. Losing only five games in the past five years, the Buckeyes under Urban Meyer have maintained playoff qualifications for all of them. With such performances, one has to wonder if the Cleveland Browns could take a page or two from Meyer’s book. At the impressive S&P+ stats score of 90%, we are sure to see the Buckeyes on this list next year unless something quite drastic occurs. 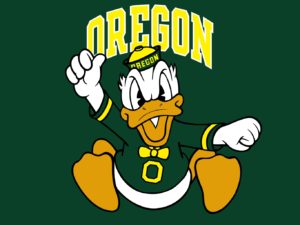 The Oregon Ducks are yet another program that, while suffering a 5 loss streak in recent weeks, have in the past 6 years proven themselves an excellent team. Just barely edging out the Ohio State team in terms of S&P+ Stats (90.6%) Oregon’s successes run on the backs of their offense, as ironically, their defensive scoring as routinely placed them at below 120 of 128 possible teams. At time of writing, there is no word on coaching changes, but strategies have switched a bit to provide the quarter back a bit more protections against blitzes (a very useful idea considering upcoming games). Whether Oregon will remain squarely in the middle of this list by this time next year is still very much in question.

In contrast to the number 5 pick, the LSU Tigers have had a defense that has been described as devastating, keeping teams opposite their line to an average of under 7 points per game. Headed by current interim coach Ed Orgeron, LSU has maintained an S&P+ of nearly 92% since 2010. Much of this is thanks to both the team themselves and the defensive coordinator, a so called “mad scientist” of the art of defense, Dave Aranda. It has not been all the Defense’s game though, as after the leaving of coach Les Miles, Tigers offense got a quick revamp with surprisingly positive results. 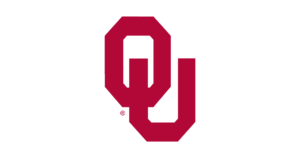 Making it into the top three are Oklahoma Sooners. With an excellent offense, they have been able to keep a top performing this year, despite last game their defense letting though 59 points from Texas Tech, making the defensive coordinator’s entrance into the post-win interview look like he just came back from war. Regardless of this one “unacceptable” performance, Oklahoma has on the whole done quite well, with a 92.5% S&P+ rate, and are likely to gain yet another Big 12 title this year.

For many, given both the 2016 and 2014 seasons, Stanford may seem the odd choice to runner up in the 10 best college teams. Yes, they score equally to Oregon’s defense in terms of ratings to their offense (126 out of 128) currently. And yes, they have handed over their points per drive lead to the University of Washington ( 3.58 for Stanford vs 3.88 for UW). But, those factors still being accounted for, Stanford has had among the most stable S&P+ statistics of any team at 93%. While there have been recent back steps, if the past is any indicator, the Stanford Cardinals will see a strategic revision and come back to their winning form in no time. 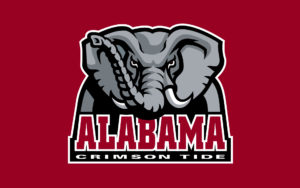 Coming in at number one should be no surprise to any college football fan. The Alabama Crimson Tide (though Crimson Tsunami may be a better term at this point) is one of the most successful teams in history, let alone the decade. With an S&P+ Score of over 98%, and a decade record of winning nearly 9 of every 10 games, Alabama has been the reason for the South to cheer, and for rival coaches to lose sleep.