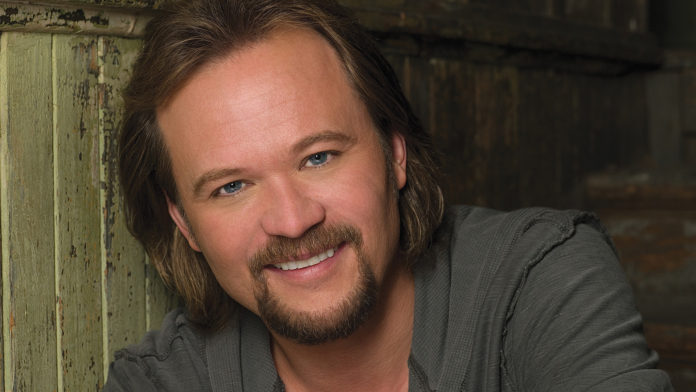 Travis Tritt is an American country singer who is responsible for numerous 90’s hits such as Help Me Hold On and Anymore. Having taught himself how to play the guitar when he was eight, Tritt first began to write his own music when he was a teen. After developing his songwriting skills over the years, he soon began recording demo tapes in hopes of becoming a music artist. Eventually landing a deal with Warner Bros. Records towards the end of the 1980’s, Tritt released his debut album Country Club in February 1990. Since his humble beginnings, he has released eighteen full-length albums and forty three singles. Of his albums, the one that garnered him the most fame is his 1991 record, It’s All About to Change.

Known for his unique blend of mainstream and southern rock sounds, Tritt is one of the most well-respected country singers in the US. Throughout his three-decade long career (and counting), he has received numerous awards and nominations for his contributions to music. Noteworthy are the four Country Music Association Awards which he won for “Vocal Event of the Year” and his two Grammy Awards for his collaborations with Marty Stuart in the hit songs “The Whiskey Ain’t Workin” and “Same Old Train” during the 90’s. In 1990, he was also awarded Billboard’s “Top New Male Artist” shortly after his debut. A well-recognized music artist, Tritt currently has seven different albums which has been certified to be Platinum or higher by the RIAA.

While Tritt has definitely built a name for himself in the country music world, he is also in fact, an accomplished actor. After making his debut in the television film, Rio Diablo in 1993, he has appeared in numerous TV series including The Cowboy Way (1994), Tales from the Crypt (1995), The Long Kill (1999), Diagnosis Murder (1999) and Higglytown Heroes (2004), and countless others. In addition to live-action work, Tritt has also taken part in a few voice-over roles; for instance, he voiced the character of a little reindeer in the holiday show, We Wish You a Merry Christmas (1999). An established figure in the entertainment industry, he has also been featured in a handful of talk shows such as The Rosie O’Donnel Show (2000), Jimmy Kimmel Live! (2004), The Tonight Show with Jay Leno (2004), and The Marty Stuart Show (2011).

But what has the popular country singer been up to nowadays? Where has his work brought him the past few years? What happened to Travis Tritt? Where is he now in 2018? 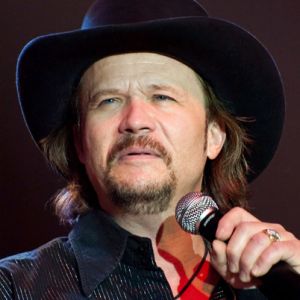 Born on February 9, 1963, in Marietta, Georgia, James Travis Tritt is the son of Gwen and James Tritt; he has a younger sister named Sheila, who currently works as a flight attendant. Raised in the largest city of Georgia, Tritt first developed an interest for music and singing after a performance of Everything is Beautiful by his church’s choir. Shortly afterwards, he was gifted a guitar by a family member and soon taught himself how to play the instrument. When Tritt was in fourth grade, he played a renditions of King of the Road and Annie’s Song for his classmates at school and recognized for his talents, was later invited to perform for other classrooms in the school. After he turned fourteen, he was presented with a more complex guitar from his parents; he eventually learnt to play more socks from Sam Lockhart, his uncle. With a desire to involve himself more with music, he soon joined the band at his church.

During his teen years, Tritt began to write and compose his own music while he was a student at Sprayberry High School; the first piece which he ever wrote was a song entitled, Spend a Little Timeーone which was inspired by a previous girlfriend whom he shared a relationship with previously. Complimented by his friends at school for his songwriting abilities, he later founded a blue-grass group with a few of his schoolmates; together, they would go on to win second place with a performance of Mammas Don’t Let Your Babies Grow Up to Be Cowboys at a local competition. Following his high school graduation, Tritt worked several odd jobs including at a furniture store. Encouraged by his friends, the aspiring musician eventually made the decision to pursue music as a career, much to the dismay of his father.

With the help of Danny Davenport, an executive at Warner Bros. Records, Tritt began to record demo-tapes during the 80’s. After collaborating with Davenport for a few years, the singer put together a demo album which he then sent to representatives of the Warner Bros. label in Los Angeles. Managing to fin dihmself a talent manager, he ultimately scored a recording contract with the company towards the end of the 1980’s. 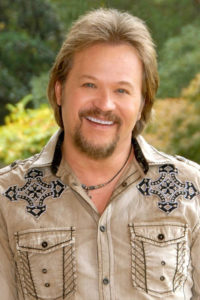 Signed on to record six songs under the recording deal, Tritt released his first single, Country Club in late 1989. With its success, he later released his debut album of the same name in February 1990. Produced by Gregg Brown, Country Club had a track list of ten songs, including the eventual ones released as a singleーI’m Gonna Be Somebody, Help Me Hold On, Put Some Drive In Your Country and Drift Off to Dream, three of which would rank amongst the top ten. Generally met with positive reviews, the album reached number three on the US Country-Albums Chart and settled in at number seventy on the Billboard 200. Shortly after its release, Tritt would win Billboard’s “Top New Male Artist Award.”

The following year, Tritt released his second studio album, It’s All About to Change in May 1991. His best-selling album of his career, it peaked at number two on the US Country-Albums Chart and at number twenty-two on the Billboard 200 Chart in the United States; it was also a sell-out in Canada where it climbed up to number three on the RPM Country-Albums Chart. Momentous in propelling him into stardom, It’s All About to Chance spawned four singles, including Anymore which was his second hit to top the Hot Country songs Chart. As of June 1996, the album has sold over 3 million copies, giving it 3x Platinum Certification in the country.

The country singer released his third solo album entitled, T-R-O-U-B-L-E in August 1992, shortly after the end of his No Hats Tour. Noted for its similar sounds to his previous efforts, the album peaked at number twenty-seven on the Billboard 200 and at number six on the US Country-Albums Chart; up north, it reached number three on the Canadian Country-Albums Chart. T-R-O-U-B-L-E eventually produced five singles; out of them, only Lord Have Mercy on the Working Man and Can I Trust You With My Heart would go on to rank within the top ten. Although not as bit of a hit as his second album, T-R-O-U-B-L-E has since received 2x Platinum accreditation from the RIAA for having shipped over 2 million copies.

In May 1994, Tritt released his fourth full-length album, Ten Feet Tall and Bulletproof. Well received by critics, the album had ten songs, one of which featured fellow American singers Waylon Jennings and Hank Williams, Jr. Given a four out of four rating from Chicago tribute, Ten Feet Tall and Bulletproof saw three singles; Foolish Pride and Tell Me I Was Dreaming would go on to rank number one and number fourth, respectively on the single charts. Praised for its sounds and content, it wasn’t long before the album was certified Platinum by RIAA in December later that year; it has since achieved 2x Platinum status.

Tritt released his next studio album, The Restless Kind in August 1996; unless his earlier projects, it was produced by the country singer himself with help from Don Was. Hailed by critics to be “the most country sounding album of his career,” The Restless Kind boasted eleven songs on its track list including Still in Love with You, More Than You’ll Ever Know and the duets Helping Me Get Over You and Double Trouble. Eventually peaking at number seven on the Top Country-Albums Chart, it became a popular hit in the great white north as well, where it climbed to the number eighth position on the Country Charts. 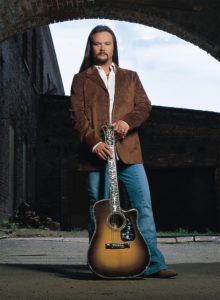 In October 2000, Tritt released his seventh album, Down The Road I Go after parting ways with Warner Bros, his label for the past ten years. His first record under Columbia Nashville, the album was applauded for its tunes upon its release; the songs It’s a Great Day to be Alive, Modern Day Bonnie and Clyde, Love of a Woman and Best Of Intentions were later released as singlesーthe last of which would become a chart-topper. Down The Road I Go ultimately peaked at number eight on the Top Country-Albums Chart and at number fifty-one on the Billboard 200 Chart.

Since then, the country singer has gone on to release four more albums; the most recent one being The Calm After…which was released in July 2013. His only record under Category 5, it ranked in at number thirty-one on the US Top Country Chart and at number 190 on the Billboard 200. 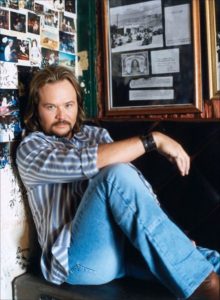 After 25 years of being in the music industry, Tritt will once again be hitting the roads for a series of shows and concerts across the country. Earlier this September, the country star graced a group of audience members with his presence at the BMI Speedway in Versailles. Before that, he also performed at Poage Landing Days, an annual event which takes place every year in Ashland, Kentucky. However there seems to be more from where that came from. According to the tour schedule on his official website, Tritt is currently set to hit the stage at the Mississippi State Fare early October and will continue to travel across the country to perform for his loyal fans until December 2016. Following a two month break, he will then sing his tunes at the King Center of the Performing Arts in Melbourne, Florida.

On the acting side of things, Tritt has been involved with a romance film titled, Forever My Girl, playing the role of a character named Walt. Other actors on the cast list include Alex Roe, Jessica Rothe, John Benjamin Hickey, Tyler Riggs, Abby Ryder Fortson and various others. Directed by Bethany Ashton Wolf, the movie will revolve around a country star, who after having left his hometown for nearly a decade, decides to return home to his loved ones. Still a work in progress, no official release date for Forever My Girl has been released.

Want to know more about Travis Tritt? You can easily stay up to date with the country singer by following him on social mediaーyou can find him on Twitter under his handle @travistritt. Don’t forget to also check out his official Facebook page!