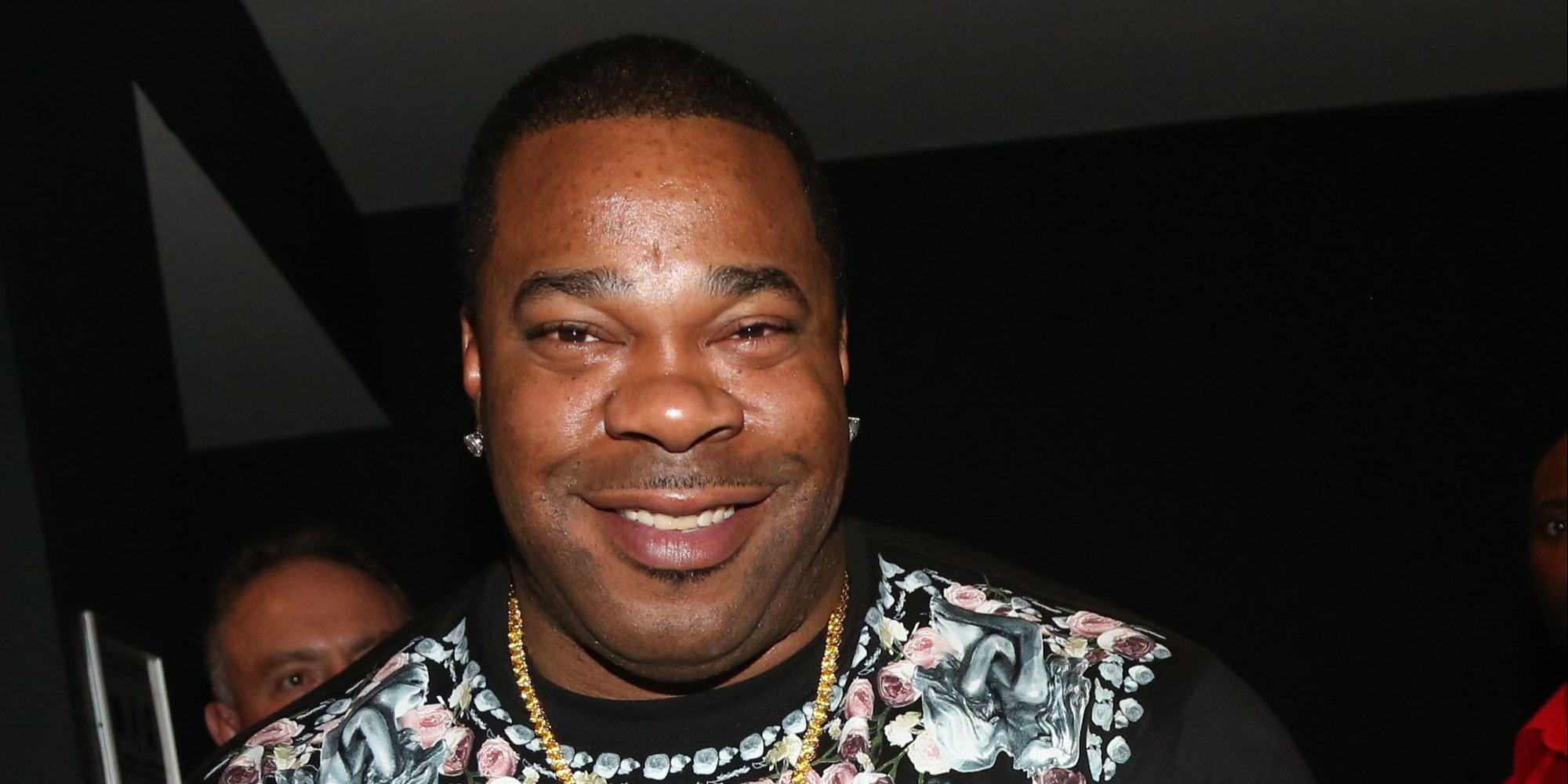 Busta Rhymes has been considered by many to be one of the most prolific hip hop artists ever. Known for his powerful, booming voice, he first became involved with rhyming and rap after moving to Long Island at the age of twelve. After forming and performing with his own music group, Leaders of the New School for a few years during the 1990’s, Rhymes eventually released his debut solo album, The Coming in March 1996; a commercial hit, the album was significant in helping to kick off his independent career as a music artist. Carrying on with his singing, he has since released over a dozen studio albums and thirty singlesーmost of which have charted in the United States. An up-and-coming rapper, Rhymes has sold over 10,000,000 records in the US alone.

On top of being a household name in the rapping world, Rhymes has also starred in numerous television shows over the years. Having made his acting debut back in the 1993 comedy film, Who’s the Man?, he has made multiple appearances on TV since. Some of his early projects as an actor include Strapped (1993), Higher Learning (1995), Shaft (2000) and Finding Forrester (2000). Besides having been involved with live-action, Rhymes has also lent his voice to many animated cartoon series including the popular children’s show, Rugrats (1999), and the action comedy, The Boondocks (2005).

But what has the talented recording artist been up to since then? What new ventures have he been taking on? Where is the star in 2016? What Happened to Busta Rhymes? 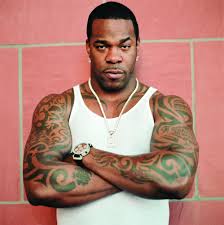 Born on May 20, 1972, in Brooklyn, New York, Busta Rhymes (Real name: Trevor Taheim Smith, Jr.) is the son of Trevor Smith and Geraldine Green, both of whom are from Jamaica; he has a younger brother named Paul Smith. According to Rhymes, his mother had always been one for discipline while his father on the other hand, was more lenient and “energetic.” After having spent most of his childhood years in his home city of Brooklyn, he moved with his family to the suburbs of Long Island. During his teen years, he went to the George Westinghouse Vocational and Technical High School, where he had coincidentally roamed the halls together with a number of fellow rappers including Jay Z, The Notorious B.I.G. and DMXーeventually even rapping together in the schoolhouse.

Towards the end of his high school years, Rhymes formed a hip hop group called, Leaders of the New School alongside his friends Dinco D, Cut Monitor Milo, and Charlie Brown (all stage names which they had given each other). Although initially relatively unknown, the group eventually made a name for themselves after opening for a fellow Long Island R&B group, Public Enemy. It wasn’t long after that that Rhymes, together with his bandmates, recorded and released this first album together entitled, A Future Without a Past in 1991 under Elektra Records. Following a second album release, T.I.M.E. (The Inner Mind’s Eye) in 1993, Leaders of the New School eventually disbanded after experiencing ongoing tensions within the group, partly due to Rhyme’s rising popularity at the time.

At the start of the 1990’s, Rhymes began to make various guest appearances in the songs of other music artist such as Another Bad Creation, A Tribe Called Quest and Big Daddy Kane. Eventually after a few years, he was signed on to his Elektra Recordsーhis recording label from his band days, as a solo music artist. 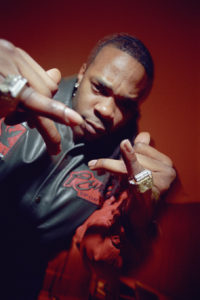 The rapper released his first studio album, The Coming in March 1996. His debut solo record, the album was recorded over a period of a year and consisted of thirteen songs; a notable one being that of Keep It Movin’, which featured the talents of his former band, Leaders of the New School. A huge commercial success, The Coming topped the US Top R&B and Hip Hop Albums Chart and ranked in at number six on the Billboard 200. Given close to perfect scores from critics, the album later spawned two hit singles. As of 1999, The Coming has sold over one million copies across the country and has been certified Platinum by the RIAA.

The next year, Rhymes released his second major sell-out, When Disaster Strikes…in September 1997. Following in the success of his debut album, the record debuted at the number three spot on the Billboard 200 and later made its way to the top of the Top R&B and Hip Hop Albums Chart in the US. Overwhelmed with nothing but glowing reviews upon its release, When Disaster Strikes…soon produced three singles: Dangerous, Put Your Hands Where My Eyes Could See and Turn It Up (Remix)/Fire It Upーall of which would go on the chart. Its title track, Put Your Hands Where My Could See later earned Rhymes his second Grammy Award nomination in 1998 for “Best Rap Solo Performance.” To date, the album has sold over 1.6 million copies within the US alone.

Before the end of the 90’s, Rhymes released his third studio album. Featuring thirteen songs, the album was another major hit for Rhymes, who had risen to prominence with his earlier records. Praised to be a four and a half star album by AllMusic. Boasting the top ten single, Woo Hah!! Got You All in Check, the album earned Rhymes yet another Grammy Award nomination for “Best Rap Solo Performance” in 1997. Certified Platinum by the RIAA in the US, it has since sold over close to 1.7 million copies in the country. 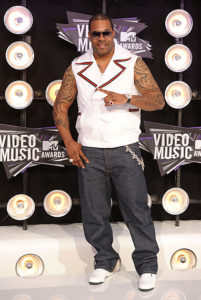 Continuing on with his musical career into the 2000’s, Rhymes released his fourth studio album entitled, Anarchy in June 2000; in contrast to his previous records, Anarchy was noted to have strayed away from his earlier apocalypse themes. Having entered the Billboard 200 Chart at number four, the album quickly made over 164,000 sales during its first week of release. His final work under Elektra Records, the album contained twenty-two songsーthe most which his records had ever seen during that time. Warmly received by critics all around, Anarchy spawned three singles later that year: Get Out!!, Fire and Make Noise. Rhymes’ fourth consecutive Platinum album, more than one million units have since been sold within the US.

The Hip Hop star released his next solo album, Genesis in November 2001. His first under J Records, the album showcased twenty tracks and sold approximately 185,000 units during the first week of released, having debuted at the seventh position on the US Billboard 200 Chart. Genesis soon peaked at number two on the Top R&B Chart and at number twenty-seven in Germany on the Offizielle Top 100. Presented with weighted score of 77/100 from Metacritic, it later produced four singles, including Pass the Courvoisier, Part III which charted amongst the top ten. Genesis would be the last of Rhymes’ albums to achieve Platinum status from the RIAA; to date, it has sold over 1.3 million copies.

After releasing another album in 2002, it wasn’t until 2006 that Rhymes released his seventh studio album, The Big Bang in June 2006. Recorded in 2005, the album was also the first to feature the rapper without his signature dreadlocks, which he’d been known for most of his career. Debuting at the number one spot on the Billboard 200, The Big Bang made over 209,000 sales during the initial week and later also topped the Top Rap Albums Chart as well as the Top R&B Chart in the US. A major hit around the world, it also charted in numerous other countries including New Zealand, Germany, France, Canada and Australia, to name a few. As of 2008, over 823,000 copies of the record have been sold within the country.

Following The Big Bang, Rhymes released two more albums: Back on My B.S. and Year of the Dragon, the former which would go on to chart at number five on the Top R&B Chart. 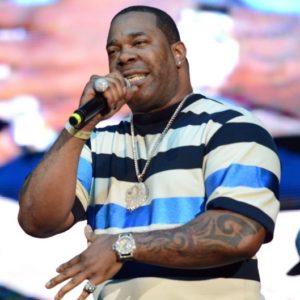 While Rhymes has been busy working on his new upcoming album, E.L.E. 2 (Extinction Level Event 2) which is scheduled for a release later this year, he has also recently stood behind the cameras for the television series, Fresh Off the Boat. Created by Nahnatchka Khan, the comedy series stars actors Randall Park, Constance Wu and Hudson Yang as it goes on to re-enact the life of Eddie Huang, a chef and foodie who wrote the book, “Fresh Off the Boat: A Memoir.” As the first American sitcom to feature Asian-Americans as protagonists, Fresh Off the Boat premiered in February 2015 and is set to continue for a third season this October. In the show, Rhymes played the role of himself in an episode of the series’ second season.

In addition to his acting, Rhymes has also been involved with two documentaries this year, one of which is The Survivor’s Guide to Prison. Directed by Matthew Cooke, the film will also feature Patricia Arquette, Susan Sarandon, Jesse Williams, Danny Glover, as well as many other big name celebrities. Currently under post-production, it is tentatively set for a release in 2017. Another documentary that he’s taken part in this year is Vifーa cinematic film that revolves around fashion designer, Christian Audigier, which is set to be released later this year.

If you’d like to stay up to date with the American rapper, you can do so by following him on social mediaー you can find him on Instagram (@conglomerateent) as well as on Twitter (@BustaRhymes). Also make sure to drop by his official Facebook page!