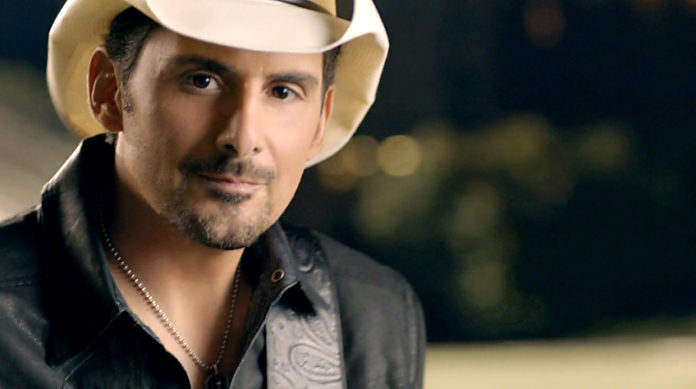 Brad Paisley is a country singer and songwriter who entered the music industry in 1999, and he is currently one of the more iconic country musicians still producing music today. Over the years, he has sold over 12 million albums, and won countless other awards and accolades for his music. Paisley’s career was really big between 2000 and 2009, but it seems like you don’t hear about him as much as you used to. What has changed? In this article, I’ll cover Brad Paisley’s rise to success in the music industry, and I’ll also provide an update as to what he is doing now in 2018. 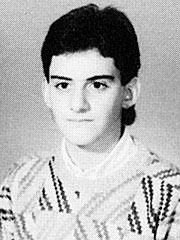 Bradley Paisley was born in Glen Dale, West Virginia in October of 1972. He became interested in country music from an early age, when his maternal grandfather bought him his first guitar and taught him how to play it. Brad was only eight years old at the time, and just two years later he was publicly performing around town. He wrote his first song, “Born on Christmas Day” at the age of 13, and in that same year he formed a band with his guitar teacher called “Brad Paisley and the C-Notes”. Paisley was successful locally, but he didn’t really get his “big break” until his middle school principal heard him performing original music and invited him to perform for the local rotary club. During that performance, Paisley was discovered by the program director of a local radio station. Over the course of the next few years, he served as a regular member of one of the station’s show’s weekly lineup. This gave Brad the industry experience that he needed to eventually make it as a true big shot.

Paisley graduated high school in 1991, and he ended up studying music business at Belmont University, where he graduated with a Bachelor of Business Administration degree in 1995. College proved to be a valuable time for Brad, and he used it to help develop connections in the industry by interning for the American Society of Composers, Authors and Publishers as well as for Atlantic Records. Not to mention, he was also able to meet people like Frank Rogers, Chris DuBois, and Kelley Lovelace, all people who would become important figures in his eventual music career. Shortly after his graduation from Belmont University, Brad Paisley signed a songwriting contract with EMI Music Publishing. This contract didn’t get Paisley on the radio directly, but it made it to where the young man was getting exposure in the industry as a major songwriter.

Brad Paisley’s Success Through the 2000’s 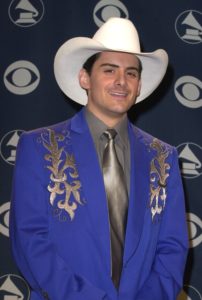 Brad Paisley saw his debut as a musician when he released the song “Who Needs Pictures” with Arista Nashville in February of 1999. The song attracted a decent amount of buzz, but Paisley didn’t really have a hit until he released “He Didn’t Have to Be” seven months later, which would go on to become his first number one song. The Who Needs Pictures album contained other hits, including the likes of “Me Neither” and “We Danced”. In 2001, the album was officially certified platinum. It was just his first album, but he had already established himself as a deeply promising young male musician. In fact, in 2001, he received his first Grammy Award nomination for Best New Artist. His career had only just begun, and his fans crossed their fingers in hoping that he wasn’t just another one-album wonder.

Their concerns would prove unfounded when, over the course of the next couple of years, he continued to produce music. In May of 2001 he released Part II, which produced four top ten singles in “Two People Fell in Love”, “Wrapped Around”, “I Wish You’d Stay”, and “I’m Gonna Miss Her (The Fishin’ Song)”. The song remained on charts for seventy weeks, and it also ended up becoming platinum certified. In 2003, he saw his first double platinum certified album with the release of Mud on the Tires, which saw even more commercial success than any of his previous albums. In 2005, he released Time Well Wasted, one of his most successful albums. The fifteen track collection consisted of four different top five singles, and it is currently certified double platinum. This album earned him a lot of critical attention, too. In 2006, he received four different nominations during the Grammy Awards, with nominations for Best Country Album, Best Country Song, Best Country Instrumental, and Best Country Vocal, Male. 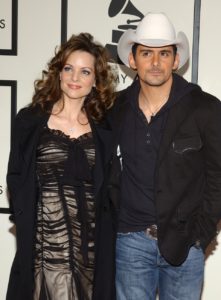 2007 rolled around, and Paisley released 5th Gear, his fifth studio album, which contained four individual number on singles. This meant that the last seven singles that he released had become number one hits. By the point in his career, Brad Paisley was effectively king of the pop country world. 5th Gear ended up winning Brad his first Grammy. In 2008, he won Best Country Instrumental for the song “Throttleneck”. In that same year, he released the album Play, which was a little different from his typical output. Play was largely instrumental, and despite the new creative direction, it was just as popular as everything else he had ever released. 2009 ended up becoming a huge year for Brad, with the release of his seventh studio album American Saturday Night. During that year, he ended up performing in the White House, co-hosting the CMA Awards, and winning several awards while he was there. In March of 2010, he performed on The Tonight Show with Jay Leno. To this day, American Saturday Night is considered some of Paisley’s best work.

Over the next few years, however, Brad saw his career gradually decline. Although he was still selling out stadiums and performing well in the charts, the singles to come off of many of his albums were not as popular as they had been in the past. Singles like “I Can’t Change the World” and “The Mona Lisa” seemed to flounder on country airplay charts. It wasn’t a significant drop, and Brad’s career wasn’t at all dead in the water, but I don’t think that anyone can deny that 2010 was the peak of his musical career. So, with all of this information in mind, what is Brad Paisley doing in 2016? Is there any more music in the pipes? (After all, he hasn’t released a studio album since 2014.) Has he shifted his focus off of his music career and onto something else?

Fans of Brad Paisley don’t have to worry about him retiring from the music business any time soon. In May of 2016 he released “Without a Fight”, a duet with Demi Lovato that serves as the lead single for his upcoming studio album. The song peaked at 16 on the Country Airplay Billboard chart, which is pretty promising. Just a couple of weeks ago, Paisley released “Today”, which is another single to come from his new album. This track has performed a little worse than “Without a Fight” so far, but I don’t think that it’s anything to be concerned about. His eleventh studio album is set to release some time this year, so if you’re a fan of this country music star, then I suggest you brace yourself for some new music some time in the near future!