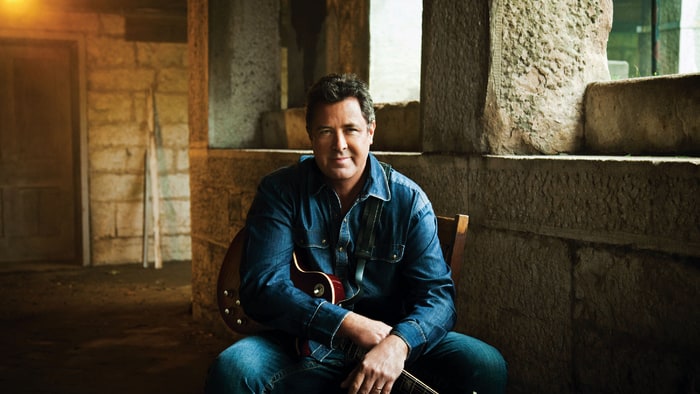 Known for his instrumental and vocal talents, Vince Gill is one of the most renowned country singers of all time. Encouraged to pursue a career in music by his father at a young age, Gill took up a number of instruments during his childhood including the guitar and banjo. In his teen years, he performed with a number of local bands including “Mountain Smoke”, “Bluegrass Alliance” and “Boone Creek.” In the early 80’s, Gill eventually relocated to Los Angeles and joined the groups, “Pure Prairie League” and “The Cherry Bombs”; it wasn’t until 1983 that he began a solo music career after landing a recording contract with RCA Records at the age of twenty six. Gill released his first studio album entitled, The Things That Matter in two years later in 1985.

Having released over twenty-five albums and fifty singles since his debut, Gill has won copious amounts of awards as a music artist. To date, he has received four Academy of Country Music Awards, fourteen Country Music Association Awards, twenty Grammy Awards, amongst numerous others. A celebrated musician, he has also been inducted into the Nashville Songwriters Hall of Fame in 2005, the Country Music Hall of Fame and Museum in 2007 and the Hollywood Walk of Fame in 2012. A member of the Grand Ole Opry since 1991, Gill currently holds the record for having the most Grammy Award wins out of all the male country singers in the country. In total, he has sold over 26,000,000 albums across the world.

What has the country star been up to as of late? Is he working on any new projects? What happened to Vince Gill? Where is he now in 2018? 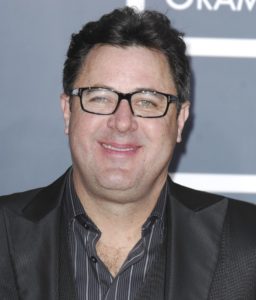 Born on April 12, 1957, in Norman, Oklahoma, Vincent Grant Gill is the son of Jerene and J. Stanley Gill. He has two siblings, a sister named Gina and a brother named Bob. The son of a music lover, Gill was exposed to his father’s guitar and banjo playing ever since he was a young child. Following in his father’s footsteps, he later learnt how to play the guitar, first a four-string tenor and then a full sized six-string, when he was still in grade school. Recognizing his growing passion and knack for music, his parents eventually presented him with a Gibson ES-335 Electric Guitar, when he was ten years old. Rapidly progressing with the instrument, Gill soon took up the fiddle, banjo, as well as the mandolin in between his guitar playing.

As a teen in the early 70’s, Gill played and performed with a several local bluegrass bands, including the group “Mountain Smoke.” While the aspiring musician held other hobbies at the time such as golf, it was obvious to both him and his parents that he’d be pursuing a career in music as soon as he’d graduate high school. Sure enough, after graduating from Northwest Classen High School in Oklahoma City, he relocated to Louisville, Kentucky at the age of eighteen to join the band, “Bluegrass Alliance.” Following a few tours with the group, he went on to spend time playing for the “Boone Creek Band” before moving on to join “Sundance,” a bluegrass group which was fronted by Byron Berline. Eventually being chosen for the role of lead vocalist for “Pure Prairie League,” Gill spent the next two years touring the United States with his new group. However despite his ongoing success with the country rock band, he later joined the “Cherry Bombs,” which was led by Rodney Crowell.

After years of performing with a group, Gill eventually grew eager to begin a career as a solo recording artist in the early 80’s. Acting on his newly found goal, he secured a contract with the label, RCA Records in 1983 when he was twenty six. 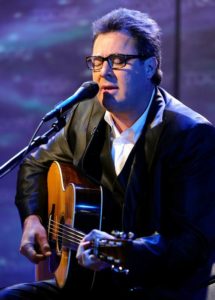 A couple years later, Gil released his debut album entitled The Things That Matter in 1985. As his first full-length album, it contained eight tracks including, She Don’t Know, With You, Savannah (Don’t You Ever Think of Me), True Love and a few othersーall of which were written by the singer over a period of two years. Produce by Emory Gordy,  Jr., The Things That Matter was met with mediocre success, having peaked at number sixty-three on the US Billboard Top Country Albums Chart shortly after its release. The album’s leading track, True Love would ultimately climb up to the number thirty-two position on the Billboard Hot Country Songs Chart.

Not long after releasing his second studio album, Gill gained widespread media attention with his next album, When I Call Your Name. Made available in November 1989, the record featured ten songs and was also his first to be produced by Tony Brown. Given three out of four stars by the Chicago Tribute, When I Call Your Name peaked at number two on the US Billboard Top Country Albums Chart and at number sixty-seven on the Billboard 200. A greater commercial success compared to his earlier efforts, the album later received Double Platinum certification from the RIAA for having sold over 2,000,000 copies.

Quickly rising in fame, Gill released his fourth full-length album, I Still Believe in You the following year in September 1992. His second record under MCA Nashville, the album featured many eventual hits such as I Still Believe in You, No Future in the Past and Don’t Let Our Love Start Slippin’ Away; the first of which would later become the singer’s first single to reach number one. Praised for its vocals and arrangement, the album reached the number three position on the Top Country Albums Chart and the number ten position on the Billboard 200. In Canada, it was submitted to a similar response, having peaked at number three on the RPM Country Albums Chart. As of May 2000, the album has sold over 5,000,000 units in the USーmaking it Gill’s first album to have achieved 5x Platinum status.

In June 1994, the country singer released his six studio album entitled, When Love Finds You. Featuring the singles What the Cowgirls Do, Whenever You Come Around, You Better Think Twice and several others, the album went up to number two on the Top Country Albums Chart and to number six on the Billboard 200 Chart. Towards the north, it also peaked at number two on the Canadian RPM Country Albums and at number eighteen on the RPM Top Albums Chart. Despite being given fairly average ratings from music critics, When Love Finds You soon received 4x Platinum Accreditation from the RIAA for having sold more than 4,000,000 copies in the US.

Having made his place in the music world, Gills released his seventh studio album, High Lonesome Sound in May 1996. Featuring the title track High Lonesome Sound, the album consisted of eleven tracksーthe last of which was a collaboration with Alison Krauss & Union Station. Given a B- rating from Entertainment Weekly, High Lonesome Sound charted at number three on the Billboard Top Country Albums and at number twenty-four on the Billboard 200. While it was not as up-and-coming as some of his previous records, the album later reached one million sales in 1996, and has since received Platinum certification from the RIAA.

Before the end of the 90’s, Gill released one more studio album entitled The Key. Featuring duets with Patty Loveless and Dawn Sears, the album was also his first to climb to the number one spot on the US Top Country Albums Chart. On the receiving end of glowing reviews, The Key ultimately sold over 1,000,000 copiesーmaking it the singer’s fifth album to receive RIAA accreditation. 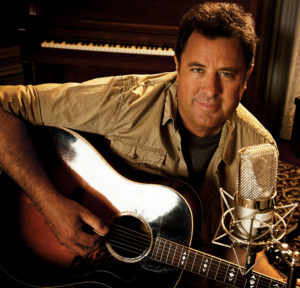 Continuing with his recording career into the new millennium, Gill released his ninth full-length album, Let’s Make Sure We Kiss Goodbye in April 2000. Containing twelve tracks, one of which included When I Look Into Your Heart, a duet with Amy Grant, the album secured the fourth position on the Billboard Top Country Albums Chart and soon made its way up to number thirty-nine on the Billboard 200. Close to a year after it was released, Let’s Make Sure We Kiss Goodbye was certified Gold by the RIAA in January 2001. 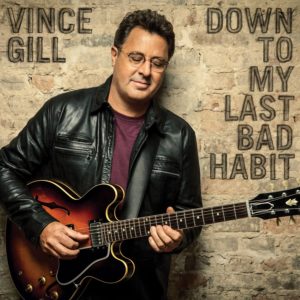 After a short three year hiatus from music, Gill released his latest album on February 12, 2016ーtwo days before Valentine’s Day. Down to My Last Bad Habit, as it was entitled, debuted at number four on the Top Country Albums Chart and quickly sold over 17,000 copies during the first week; it is also Gill’s fifteenth album to chart amongst the top ten. Applauded for its groovy guitar rhythms, Down to My Last Bad Habit was also a mild sensation overseas, where it charted at number fifty in Canada and at number five in the UK. As of August 2016, the album has sold more than 65,000 copies in the United States.

A performer at heart, the country star has made many appearances on stage in front of the microphone this year, since the release of his new album. In August, he played his tunes in front of a crowd at the Country Music Hall of Fame and Museum’s 50th anniversary celebration in Nashville alongside fellow singers Charlie Worsham and Patty Loveless. Besides the dazzling music performances, the free community event also saw a variety of family friendly activities, including a petting zoo. More recently this September, Gill also performed at the grandstand stage at The Great Frederick Fair which took place at the Frederick Fairgrounds in Maryland.

If you’d like to up to date with the Grammy Award-winning musician, you can do so by following Vince Gill on social mediaーyou can find him on Twitter (@vgcom). Or if you’d prefer, you can also like his official Facebook page to stay connected. Don’t forget to check out his official website (vincegill.com) as well!