Maybe you know her from her work in dance. Maybe you remember her from her pop music in the late 1980’s. Or maybe you just remember her from her time as a judge on American Idol. A lot of people know who Paula Abdul is, and over the course of her lengthy career, she has worn many hats in the entertainment industry. Despite her relative fame, you don’t really hear about Paula Abdul anymore. She hasn’t produced music in a long while, and she hasn’t really appeared regularly on American television since 2012 or so. She couldn’t have just dropped off of the face of the Earth, right? What is she doing today? In this article, I’ll talk about Paula Abdul’s career, and I’ll also provide you with an update as to what she has been doing in 2016. Let’s take a closer look, shall we? 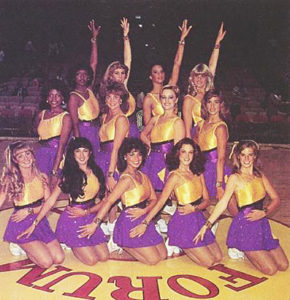 Paula Abdul was born in June of 1962 in San Fernando, California. From an early age, Abdul took strongly to dance. She was inspired by dancing that she saw in movies, most notably in Gene Kelly’s Singin’ in the Rain. Her family noted and supported this interest, and she was enrolled in dance classes when she was very young. These lessons taught her how to dance in ballet, tap, and jazz stylings. Aside from her dance lessons, she led a fairly average life during her teen years. She attended Van Nuys High School in Van Nuys, California, where she was a cheerleader. While she was in high school, she received a scholarship to attend a dance camp in Palm Springs. Upon her high school graduation, she migrated to California State University, Northridge. She studied broadcasting while she was there, but her real passion was still in dance. During her freshman year of college, she was selected to join the Los Angeles Lakers cheerleading squad. This would prove to be Paula’s first of many positive career moves.

It didn’t take long for Abdul to impress people with her skills in dance. Within a year of being on the cheerleading squad, she had become the head choreographer. Her first “big break” so to speak came in the early 1980’s, when Abdul was signed to choreograph The Jacksons’ music video for their song “Torture”. (The band members discovered her when they saw her dancing at a Lakers game.) Although she was very nervous about this gig, the work that she completed ended up going over really well. As a result, she was brought on to choreograph the entirety of The Jacksons’ Victory tour. This was her first foray into choreography, but it certainly wouldn’t be the last. In the years to follow, she would choreograph music videos for several “big name” musical artists, most notably Janet Jackson. She had officially broken into the entertainment industry at this point, but she wasn’t finished. 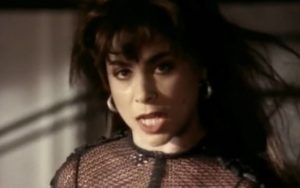 Although Paula Abdul really enjoyed working as a choreographer, she felt a strong desire to create a name for herself as a singer. In 1987, she created her first singing demo. Despite her passion for the craft, Abdul did not prove to be naturally gifted in singing. She was untrained, and she needed a lot of work. She worked hard alongside different vocal coaches to improve her voice, and in 1988, she felt that she had done enough. That year, Paula released her debut album Forever Your Girl. After 64 weeks of being released, the album was able to hit number one on the Billboard’s 200 chart. This was a significant achievement, especially coming from someone who had never really done anything in this kind of music before. The album became a smash hit, and it was very commercially successful. Forever Your Girl included four different number one singles: “Straight Up”, “Forever Your Girl”, “Cold Hearted”, and “Opposites Attract”. In 1991, Abdul won her first Grammy. “Opposites Attract” had won her, fittingly, the award for Best Music Video.

In the years to follow, Abdul continued to develop her music career. In 1991, she released Spellbound. This album was also massively successful, selling around 7 million copies worldwide. Paula Abdul had become a worldwide sensation, and in that same year, she was actually given a star in the Hollywood Walk of Fame. Paula released her next album in 1995: Head Over Heels. This album was not quite as popular as her previous two, but it still did fairly well. It sold around 3 million copies worldwide. At this point in her career, Abdul decided to step away from music for a little while. She went back to choreographing for a little while, and she helped out in the production of Reefer Madness and American Beauty. She also dabbled in acting a little bit when she starred in ABC’s made-for-TV movie Touched by Evil. Although she was keeping herself busy, she had pretty much vanished from the public eye. A lot of people thought that her career was as good as dead. 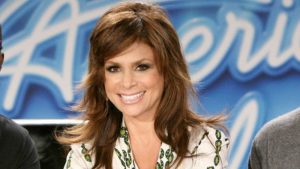 This proved not to be the case, however. In 2002, Paula Abdul came on to be a judge for American Idol, during the competitive reality program’s glory days. Abdul was a highly popular judge on the program, being praised for her compassionate demeanor, which served as a foil to Simon Cowell’s more cynical shtick. She was able to use her revitalized public image to work in music again. In 2008, she released the song “Dance Like There’s No Tomorrow” which proved to be a modest success for the artist. In 2009, she released another song, “I’m Just Here for the Music” which was not quite as popular. During her time on American Idol, she also did a few other miscellaneous things. She came on as a reporter for Entertainment Tonight, and she also released her own (massively successful) jewelry line through different home shopping networks.

However, prior to American Idol‘s ninth season, Abdul decided to leave. Contract negotiations didn’t go very well, and she decided that she was better off continuing her career elsewhere. In 2011, she attempted to kick off her own competitive reality television show, Live to Dance. The show aired for around seven weeks before CBS decided to cancel it, citing poor ratings. Abdul didn’t let this deter her, though. She was able to return to television in that same year, when she was announced as a judge for the first season of the American version of The X-Factor. She was well-recieved, but she ultimately decided that she would not be returning for the program’s second season. In the years to follow, Abdul made lots of different little guest judge appearances for reality television programs like RuPaul’s Drag Race, So You Think You Can Dance, and Dancing with the Stars. However, she just wasn’t a regular figure in entertainment anymore. Keeping all of that in mind, what could Paula Abdul possibly be doing in 2016?

As you may have been able to discern from that blurb up there, Paula has a tendency to go through different “phases” in her career. First, she was all about choreography. Then she broke into music. Then she went back into choreography. Then she went into television. She still seems to have her foot in television, too. Starting in 2015, she came on as a regular judge for So You Think You Can Dance. (Considering Abdul’s prominence in the dance world, it’s sort of a surprise that it’s taken her this long to join the fray.) Most recently, she was a judge for the show’s 2016 So You Think You Can Dance: The Next Generation season. The more family-friendly season was perfect for Abdul, who has been known for being a more compassionate judge. Not only that, but it also looks like Abdul may be considering entering music again, too. In August of 2016, she performed a full set headline set at the Mixtape Festival in Pennsylvania. She may not be as popular as she was a couple of decades ago, but Paula Abdul is still working with and creating a lot of really great stuff.