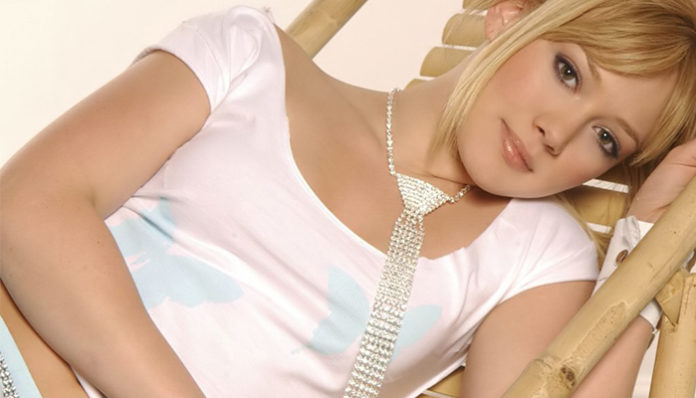 Willa Ford broke out into the music scene with her debut album, Willa Was Here in the early 2000’s. A singer ever since she was a little girl, Ford participated in several children’s choirs growing upーat one point, she even performed at the popular destinations Busch Gardens and Disney World. After singing briefly with a quartet known as FLA, Willa moved to Los Angeles for more career opportunities. Eventually adopting the stage name of Mandah, she secured a recording deal with MCA and released a song which was later used as a track for Pokemon The First Movie. Despite this however, it wasn’t until she signed a contract with Lava Atlantic Records in 2001, that she began working on her debut studio album. Writing and composing most of the songs herself, Ford soon released Willa Was Here later that summer.

Since she first made herself known as a recording artist, Ford has released one full-length album and five singles; her most popular hit to date is that of I Wanna Be Bad, from her debut studio album. Although the song did not garner any Grammy Awards per se, it has been featured in multiple feature films such as What a Girl Wants (2003), Undercover Brother (2002), and Dickie Roberts: Former Child Star (2003). On top of her solo projects, the singer has also been involved a number of music collaborations over the years; so far, she has worked with Lady May, Park Ji Yoon, and Riley Smith. In 2005, Ford also performed on stage with the girl-group, The Pussycat Dolls in Las Vegas. Prior to the release of her debut albumt, Ford even opened for the Backstreet Boys’ Into the Millennium Tour in 2000.

A woman of multiple talents, Ford has also appeared as an actress in a handful of television series and films, throughout her career in the show biz. At the age of twenty-one, the vocalist made her on-screen debut in the 2002 comedy series, Raising Dad alongside celebrity stars Bob Saget, Kat Dennings and Brie Larson. A few years afterwards, she landed her first major acting role in the 2007 biographical film, Anna Nicole where she was cast as the main female protagonist. From there, she went on to appear in various projects in front of the camera including The Glades (2011), Magic City (2012), Leverage (2012), The Nurse (2014), and Any Day (2015), amongst a few others. In 2006, Ford was also a contestant on the third season of the reality competition series, Dancing with the Stars where she partnered up with professional dancer Maksim Chmerkovskiy, although they were eventually eliminated from the show during the fifth week.

So what has the singer/actress been up to since then? What has she been working on for the past few years? What happened to Willa Ford? Where is she now in 2018? 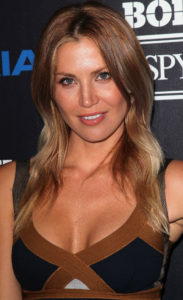 Born on January 22, 1981, in Ruskin, Florida, Will Ford (Birth name: Amanda Lee Wiliford) is the daughter of Donna Sweat and Ralph Everett Wiliford. Growing up, Ford loved music; in fact, she already knew she wanted to become a singer when she was eight years old. Chasing after her dreams as a young girl, she sang and performed with multiple local choirs including the Tampa Bay Children’s Chorus. By the time she was eleven, she had graduated from the children’s choir and had begun to sing with a performing arts troupe called Entertainment Revue, a group based out of Tampa. Along with twenty other girls, who ranged from preschoolers to teenagers, Ford travelled and performed in many different areas including the popular vacation spot, Disney Word. Constantly dazzling audience members with her vocals, it wasn’t long until she was promoted to being a featured soloist in the troupe.

When Ford turned fifteen, she part ways with the group and secured a position with a local quartet called FLA, with whom she performed with briefly during her teen years. During that period, she was a student at East Bay High School in Florida; she later went on to study opera after her graduationーas a result of her professional training, she is capable of singing in the whistle register. Eventually making the move to Los angeles, she signed with the recording label, MCA under the stage name of “Mandah.” With the company, she soon released a song called Lullaby which she had written, for the soundtrack of the animated film Pokemon The First Movie. Not long afterwards, Ford also performed an opening act for the Backstreet Boys, whom were peaking in popularity during the late 90’s. Although the song Lullaby offered her a good start in the music industry, it wasn’t until she was noticed by Lava Atlantic Records in the early 2000’s that she eventually began working on a debut album after signing with the company. 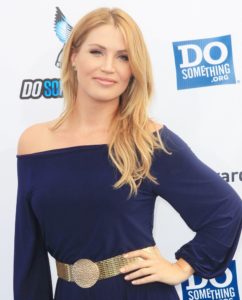 Under Lava Atlantic, Ford released her debut studio album entitled Willa Was Here in July of 2001. Created in collaboration with a number of music producers such as Brian Kierulf, Josh Schwartz, Howie Hirtsh, and Robbie Nevil and others, the album featured eleven pop and dance-pop tracks some of which include Somebody Take the Pain Away, Prince Charming, Joke’s on You and Dare. Besides having served as an executive producer on the project, Ford was also the one behind the composition of the song lyrics. Although Willa Was Here did not fare well with critics, having received a less-than-ideal rating of two and a half stars from Allmusic, the album did manage to chart in her native United States. Shortly after its release, it entered the Billboard 200 at number fifty six where it settled in briefly. To date, Willa Was Here remains to be the artist’s first and only full-length album.

With the release of Ford’s debut album also came the release of the single I Wanna be Badーin fact, it was made available even before Willa Was Here was placed onto store shelves. Her best-performing song, it eventually made its way up to the twenty-second position on the US Billboard Hot 100 Chart three months after its release. Going along with the artist’s “Bad Girl” image, the song has been described by Ford as being “about a girl who comes into her own to become a woman”. Produced by Brian Kierulf and Josh Schwartz, I Wanna be Bad charted at number nineteen on the Top 40 Tracks Chart, number eleven on the Mainstream Top 40 Chart and at number four on the Billboard Hot 100 Chart; it was also met with success in Australia where it peaked at number fifty-two. Accompanied with two separate music videos directed by Chris Applebaum, the single has since been featured in the movies Dickie Roberts: Former Child Star (2003), Undercover Brother (2002) and What a Girl Wants (2003)ーnot to mention it has also been used in a television commercial for 7UP!

Although Ford hasn’t come out with any more studio albums, she did go on to release a new single entitled A Toast to Men (F*ck the Men) in October 2003. Inspired by a sorority party which she’d gone to with a few friends, the song sparked quite a bit of controversy after its releaseーmainly on whether or not the radio DJs should pronounce the full title on air. Although the pop track was originally intended to be a part of her second album SexySexObsessive, it was ultimately released as a solo single after the project was shelved in the mid 2000’s. Featured in the 2004 comedy drama movie Barbershop 2: Back in Business, A Toast to Men (F*ck the Men) charted on both the Hot Dance Singles Sales and Hot 100 Singles Sales Charts in the United States, where it reached number eleven and number forty-five respectively.

Willa Ford’s Eventual Career on Television as an Actress 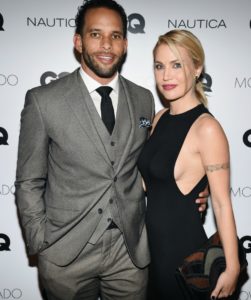 In 2007, Ford starred in a biographical film called The Anna Nicole Smith Story which was based upon the real-life story of Anna Nicole Smith. Described to be a “fast track production” by producer Joseph Nasser, the movie depicted the tragic live of the American model of Playboy fame, who tragically passed away after suffering from a fatal drug overdose. While Ford portrayed the part of Smith in the film, other members of the cast included Patrick Ryan Anderson, Richard Herd, Lesli Kay and Allison Dunbar. The Anna Nicole Smith Story was released in August 2007 by the Nasser Entertainment Group and was later made available on DVD in September 2009.

After two years, the artist appeared in the slasher film Friday the 13th which opened in theatres in February 2009. Starring Jared Padelecki, Danielle Panabaker, Aaron Yoo, Amanda Righetti and Travis Van Winkle, it served as a reboot of the original Friday the 13th film series from the 80’s. Although the horror movie was generally met with negative reviews upon its release, it was a success at the box officeーhaving grossed over $91 million from a $19 million budget. In Friday the 13th, Ford played the supporting role of Chelsea, one of the seven friends in the film. Eventually going on to break two records (e.g. highest-earning opening day and highest-earning opening weekend for a horror movie), the slasher currently holds the title of being the second best-performing film of the franchise.

This summer, Ford made an appearance as a supporting character in the TV movie, A Father’s Secret. Released on June 19, 2016, the drama thriller revolved around a young attorney named Carrie Evans, who finds herself discovering some rather disturbing facts about both her family and boss while researching a big case. Directed by R.D. Braunstein, the project also saw actors Mark Allyn, Aidan Bristow, Ruby Elise, Jeff Faehnle and Patrick M.J. Finerty, amongst others.

In other news, Ford and husband Ryan Nece, a former NFL linebacker recently welcomed a new addition to the familyーa baby boy (although she joked that she was sure it was going to be a girl during her pregnancy). The couple, who tied the knot back in April 2015, first announced that they were expecting their first child together in March of this year; photos of her growing baby bump eventually emerged online as her pregnancy progressed. Glowing as new parents, the two are absolutely over the moon about their little boyーand who can blame them? In a later interview, Ford and Nece revealed that their son’s name is Elijah Everett Mandel Nece, a name which holds biblical significance and honours his grandparents. Looks like baby Elijah will be spending the next little while chilling in the gender-neutral nursery which his mom has designed for him!

If you’d like to stay in touch with the singer and actress, why not follow her on social media? You can find her online presence on Twitter under the username @WillaFordーit’s the best and easiest way to keep up-to-date with Willa Ford herself!