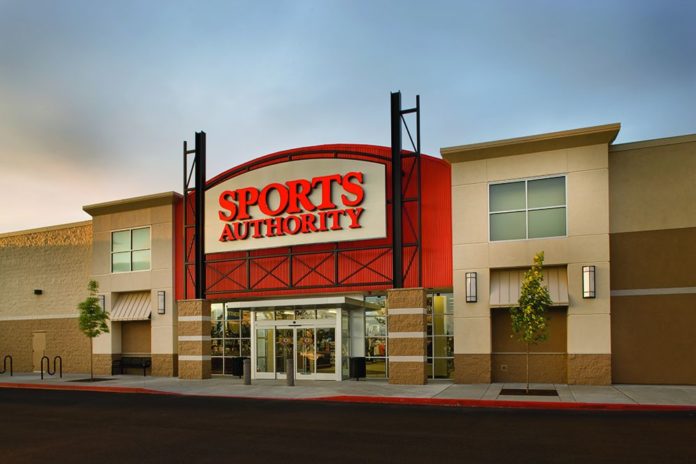 At one point the single largest sporting goods store in the United States, with stores in 45 states, Puerto Rico and even a few in the international market, Sports Authority was a juggernaut. However, recent years have seen it somewhat recede into the background of competitor stores such as Dick’s and Academy. What has happened to Sports Authority in 2016, and what does their future look like? Here, we aim to answer that question.

The Sports Authority we all know didn’t start out as a super store, but a small business founded by a newspaper carrier. In 1928, future founder Nathan Gart started investing into sporting goods to sell in his native Denver, Colorado. Focusing mostly on Ski and Fishing equipment, Gart’s venture (now the Gart Bros. Sporting Goods Company) would become a rock solid part of the Rocky Mountain lifestyle.

For decades, the business would quietly expand in their home region. Their shining accomplishment during this period would be the 1971 would be the Sportscastle location, with over 100,000 square feet of merchandise space and seven stories which included golf driving ranges, skiing machines and even an independent travel agency for those intent on taking foreign slopes. These stores would pass from Nathan onto his sons, and then by 1992, onto his grandchildren.

By time the third generation of the Gart family had joined in on the business, it had started to become far more than 9 irons and fly rods. Dividing into Gart Properties, which would come to own several sport and ski resorts, and Specialty Sports Ventures, which continues our story.

During the late 1980’s, a separate Sports Authority would emerge, founded in Lauderdale Lakes, Florida. The brain child of large venture capital syndicate, this Sports Authority would include on its executive roster Jack A. Smith, a former COO of Herman’s World of Sports. Within 3 years, the company would be bought and made into a subsidy of Kmart. Within 5 years however, the ever growing company would spin off from Kmart to become its own company yet again.

In 1998, Gart Sports would begin ambitious expansion and acquisitions, starting with the 60 stores of the Illinois based Sportmart. These would increase the size of the company by two thirds. This would be followed 3 years later by the acquisition of Oshman’s of Texas, which allowed for 58 more stores to be taken under the Gart Sports banner.

Several years after the Oshman’s Merger, it was time for Gart’s Sports to expand again, and Sports Authority, with well over 100 stores at the time seemed the logical choice. Instead of the typical buy out that Garts had become known for, both parties allowed for a merger of equals retaining the Sports Authority name and giving investors a decent boom in share price. By 2006, the merger had completed with no traces of previous names of the company being present in the public eye.
Ironically, 2006 would see the buyout of the Gart family alongside shareholders by the Leonard Green and Partners private equity firm. In a bid valued at $1.4 Billion, Sports Authority would be removed from public trading, and most of the financial history of the company from this point on would be hard to discern due to the firm holding most dealings close to the chest. However, one of their first maneuvers as new owners would be to take the lease from under the failing Copeland Sports brand in California, who had filed chapter 11 bankruptcy. This would come to be an ironic action in the next decade, as Sports Authority would begin losing grip on the industry, with a failing attempt to launch a new brand “S.A. Elite” in 2010 being the last expansion.

The recent few years have not been kind to Sports Authority. Despite having a momentous expansion for decades, and a solid share of the sporting goods field, market disruption would do what it does best: dethrone the king. With the advent and subsequent popularity of internet sales and direct shipping, Sports Authority would find itself lagging behind competitors in adoption of new technologies. Despite the uptick in interest of sporting equipment and technology (like fitness trackers) in recent years, Sports Authority’s power would slowly drain, likely due to the common business practice of private equity firms saddling the company they had just bought with the debt of the purchase. This inevitably slows expansion and innovation on a corporate level, and may have attributed to the slowing of Sports Authority.

By March of 2016, Sports Authority would grind to a halt, filing for chapter 11 bankruptcy. In an attempt to settle their debts but keep facilities opened and populations employed, Sports Authority executives attempted auctioning off stores as a way to keep doors open. Sadly for executive and employee alike, this would not come to pass and a full liquidation would be in order. At time of writing, the last of the Sports Authority stores have closed down, and Dicks Sporting goods has bought all intellectual properties (along quite a few physical locations) relating to Sports Authority. As it now stands, the only remaining facility officially bearing the Sports Authority name is the Field at Mile High, home of the Denver Broncos. With the demise of this company, it will be interesting to see who will replace what is now the headstone of a nearly century old sports empire.