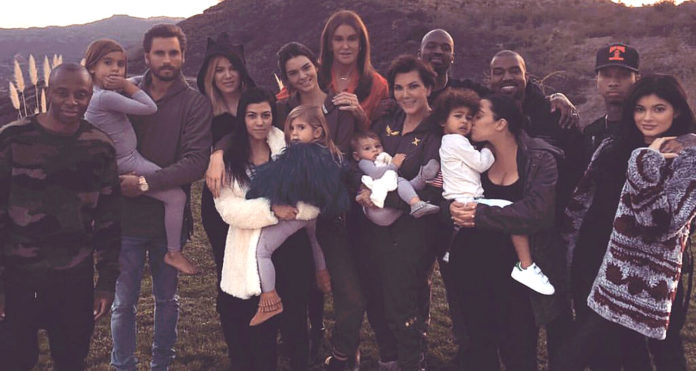 Kristen Mary Jenner, better known as Kris Jenner, is a television personality from San Diego, California. Kris Jenner has almost always been wealthy, she was born into a very wealthy family, and married Robert Kardashian, a very successful lawyer who sadly passed away in the early 2000’s. Following his passing Kris then married Olympic athlete Bruce Jenner. Kris Jenner always rode the coat tails of others, until she rose into the media’s eye when she starred in her own reality television series, Keeping Up with the Kardashians. Since her debut on national television, Kris Jenner has used her fame and wealth to support many business adventures, and multiple television adventures. Kris Jenner has even founded many different charity organizations, the most popular of which being the California Community Church, which helps local youth who are struggling with school and family issues.

How Did Kris Jenner Make Her Money and Wealth?

Growing up, Kris Jenner lived a life of luxury. She was born into a very wealthy family and attended some of the very best schools in California. Her father, Robert Houghton, is a very successful engineer who established himself in California. Her mother, Jo Shannon, was a stay at home mom who would raise the children when the two divorced. Despite being born into such wealth, Kris Jenner had a wide variety of jobs growing up. Her family said that it was important for her to experience all walks of life to fully understand how well off she really has it. She worked as a flight attendant after graduating from high school for two years, until she got married.

Kris Jenner would eventually marry into another extremely wealthy family. Some speculate that this first marriage was simply an arrangement between the families, but nobody will ever know if that is true or not. Kris Jenner married Robert Kardashian in 1978, when she was only 23 years old. Robert was already a relatively successful lawyer in the California area. Kris Jenner would first get her place in the spotlight during the O.J Simpson trial, in which her husband, Robert, was O.J’s lead defense attorney. She was all over the television for being married to the person defending someone who was at the time, claimed to be an awful person.

Kris Jenner would fly under the radar for a while, until 2007, where she met with Ryan Seacrest to start her own television series. She would start “Keeping up with the Kardashians”, a television show that followed the large family and all of the ordeals that they went through. The show was an instant success, being one of the most watched television shows when it debuted, and the most popular show on the E! Network. Kris would be the sole executive producer of the show, which is something she would add to her resume. Keeping up with the Kardashians is still going strong, it just recently signed a 100 million dollar deal with the E! Network to own all rights to the show and produce it until 2019.

After the immediate success of her television show, Kris would go on to be the producer of 6 other shows that all feature her family. All of these shows became instant hits as the general public, for some reason, was infatuated with the family and wanted to watch them go on vacation and out to restaurants. It is estimated that all of her television shows make her around 90 million each year, not including any sort of deals and bonuses.

Another venture of Kris’ is her love of writing. She wrote her autobiography entitled “Kris Jenner, and all Things Kardashian” in 2011. This book would go on to sell millions of copies across the globe, netting Kris an estimated 150 million just from book sales. She would obviously go all around the world doing sponsored readings of her book and public appearances, which adds a significant amount to her net worth.

Kris also makes a lot of money being a “momager”. She manages all of her children’s careers and public appearances. It is estimated that they pay her about 15 percent of what they make, and their total wealth is even higher than that of Kris. All of her children’s names are known around the globe for not only appearing in the television series, but being married to many high profile people. Kim Kardashian is currently married to popular rapper, Kayne West.

Kris Jenner is not currently married, no. She has been married twice before, once to Robert Kardashian, and the second time to Bruce Jenner. It is speculated that she kept Jenner’s last name as she already had built her brand around it.

Does Kris Jenner Have Children?

Yes, Kris Jenner has 6 children in total, 4 of which were with Robert, and 2 with Bruce. Her children with Robert include, Kourney, Kim, Khloe, and Robert. Her other two children’s names are Kendall and Kylie.

Does Kris participate in a lot of charity work?

Yes! Kris has been praised around the globe for her charity work. Her most notable work appears in her home state of California. In 2012, she founded the California Community Church which helps youth who are struggling with school or other personal issues.

Has Kris had plastic surgery?

Yes, Kris Jenner has had plastic surgery to enhance her breasts twice. She has also had countless Botox injections and a few facelifts. She actually recorded some of her plastic surgeries to air on her television show. Who knows if she did this solely for the show, or for her own personal feeling, but there is a lot of controversy around her being in the public eye and advocating for plastic surgery.

How is Kris involved in the OJ Case?

Kris was previously married to Robert Kardashian, the famous defense attorney who had defended OJ. Her experience was made into a television series entitled “American Crime Story” in which she was portrayed by Selma Bair.

How old is Kris Jenner?

She is currently 61 years old! If you were to look at a picture of her, you would have had no idea!

Does Kris respect her fans?

Without a doubt, she is the best person to go to when asking about how she feels about her fans. Kris has reported that she keeps every piece of fan mail and card that has ever been given to her. She has a whole room (yes, room) dedicated to her fan mail in her mansion.

Why does Kris always have makeup on?

Kris has reported that she gets her makeup and hair done professionally every day because cameras are always running in her house. This is because of the television show that follows their lives. She does not like to be seen without her makeup done and hair did because she doesn’t want to come off as anything less than her perfect self.

Kris Jenner lives in a mansion in Hidden Hills, California. Ironically, she lives not very far from Robert Kardashian and his sisters. Some report they live there to be near all of the family so there can be more drama for the show, but obviously this is just speculation. 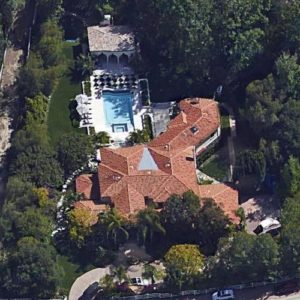 One thing is for sure, the Kardashian/Jenner name is one that a lot of people will know for a long time. Their dynasty is most definitely not over and the television show is going stronger than ever. Kris Jenner is without a doubt a role model for aspiring entrepreneurs considering how many ventures she has tackled, and made into huge success stories.