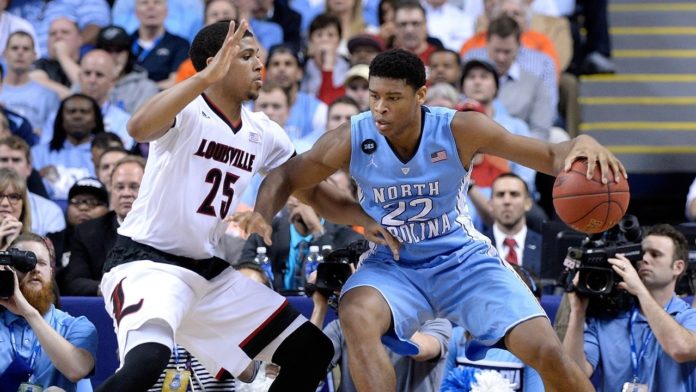 Basketball is a really popular sport, and millions of people watch NBA games each year. However, another really popular televised basketball event is March Madness, a tournament that takes place among NCAA division I men’s basketball teams. Professional basketball is obviously a big deal, but collegiate level basketball is nothing to sneeze at. In this article, I’ll talk about what I believe to be the top ten college basketball programs of all time. Keep in mind that this isn’t an all-inclusive list, and several incredible programs weren’t mentioned. However, I still think that this is a pretty solid list. Without further ado, let’s hit the court. 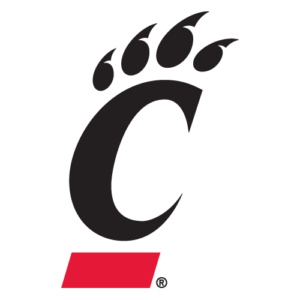 The University of Cincinnati is home to one of the most competitive basketball program. Although the Bearcats only won the NCAA tournament twice during the 1960’s, they have delivered a level of consistency that’s worth recognizing. They have appeared in 30 NCAA Tournaments, with six of those appearances coming in the last six years. Cincinnati also boasts a respectable tournament record of 44-29, with their most recent Sweet Sixteen appearance coming in 2012. Although this team may not “dominate” in the extreme sense, they are a program that has been successful and talented for decades. I know that some NCAA basketball fans may only consider a program “great” when they have a bunch of recent national titles, but I honestly do believe that there’s something to be said for a regularly achieving program like this one. 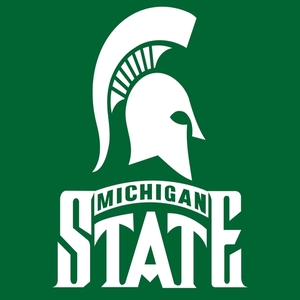 Michigan State may be really well-known for its football program, but they know how to shoot baskets in East Lansing, too. Michigan State University has won two national titles, in 1979 and in 2000. They were also the runner-up in 2009, and their most recent appearance in the Final Four was just in 2015. I feel like it’s important to note that these kinds of statistics aren’t the only indicators of a program’s success. The Spartans regularly win conference championships, with 13 of them under their belt. (This is no small feat in the Big Ten, which is definitely a more competitive conference.) They also hold the third-longest active streak of consecutive NCAA tournament appearances, with 19. They’re only behind Kansas and Duke–two teams that I have a feeling I’ll be talking about again in the near future. 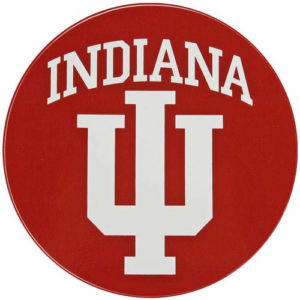 The Indiana Hoosiers men’s basketball program is no joke. This Bloomington-based team is frequently honored in lists like these, as one of the most legendary college basketball programs of all time. So, with that in mind, you may be wondering why I chose to rank this program so low. Let me start off by saying that the Hoosiers’ success can’t be denied. They’ve won five national titles, and they have the best winning percentage in conference games out of every other team in the. This is a team that has earned respect. However, keep in mind that a great deal of this success is…old. They haven’t been in the Final Four since 2002, and the appearance before then was in 1992. This is a successful program, without a doubt, but they haven’t carried that success as well into the modern era as some other programs have. 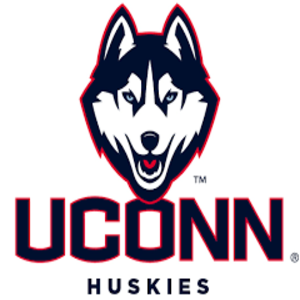 I can already tell that this may be a little controversial, because the Huskies are sort of like the exact opposite of Indiana. Although the University of Connecticut was definitely a good team during the 1950’s and 1960’s, they have really only seen dominance in recent years. This program has won four national titles, in 1999, 2004, 2011, and 2014. These four titles are the sixth most all-time out of any other NCAA program. Within the last couple of decades, this Storrs program has been able to build a name for themselves in a basketball world that is frequently occupied by long-standing dynasties. Their hard work has been recognized by their peers, too. The Huskies have been seeded in the number one position in the NCAA Tournament five times, which I think gives you a good idea as to how well-respected the University of Connecticut has become as a college basketball program. 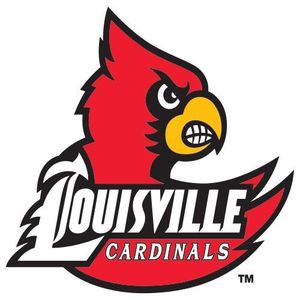 A lot of basketball fans may think of the University of Louisville men’s basketball program as one that saw a good amount of dominance a few decades ago, and that is currently seeing a huge resurgence. This line of thinking is supported by their three national titles. The Cardinals won two titles in 1980 and 1986, and their third was won in 2013. They were in the Elite Eight six times between 2005 and 2015. They also have made 41 NCAA tournament appearances over the years, which is 5th most all-time.  Underneath Rick Pitino, this is a college program that has become a lot more than “good team during the 80’s”. I’m personally very excited to see what more this talented program can accomplish in the years to come as this top five (according to recent rankings) continues to come into its own. 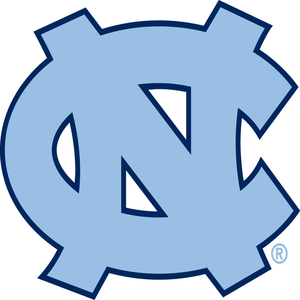 The University of North Carolina has always been very serious about its basketball. As the former school of NBA great Michael Jordan, who is argued to be one of the greatest basketball players of all time, I’m sure you can imagine that this is a team that fiercely defends its legacy on a day-by-day basis. As it turns out, they’ve done a pretty good job at that, too. Their .738 win percentage is the second highest of all-time. They have won five national titles — in 1957, 1982, 1993, 2005, and 2009. As most college basketball fans probably know, they were also the runner-up during the most recent 2016 NCAA tournament. A few years ago, ESPN went so far as to say that North Carolina is the most successful program of the last 50 years. Although I can definitely understand the logic behind that decision, I still think that there are a few other college basketball programs that could reasonably be placed ahead of the Tarheels’. 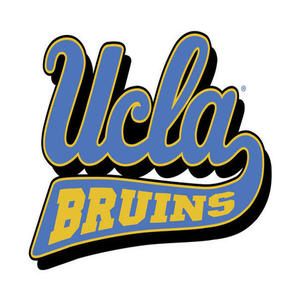 So, I think that one of the more obvious metrics that someone may use to assess the success of a basketball program is by its national titles. With its record 11 titles, I think that some people could argue that the UCLA Bruins deserve a higher spot on this list. That’s right — this team has won a whopping 11 national titles. These titles were earned between 1964 and 1995, which gives you a sense of the scale and longevity of this program. The Bruins have also gone undefeated four times, in 1964, 1967, 1972, and 1973. That’s also an all-time record. I would have to be absolutely crazy to not give this program the recognition that it deserves as a powerhouse. With that being said, I really don’t think that you can completely gauge a team’s success based on titles. There are a lot of other factors that should be considered. Even so, I don’t think that anyone can deny the borderline unbelievable level of success that this program has achieved during its lifetime. 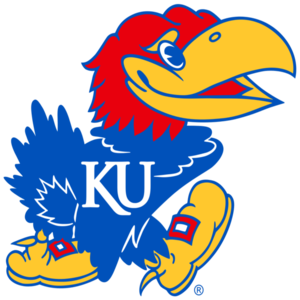 I mentioned before that national titles aren’t everything in evaluating a college basketball program. If you disagree with that statement, I want to point you toward the University of Kansas. Here is a program that has only won three national titles since 1952. Its most recent was in 2008. Although that’s a respectable number, it’s not all that impressive. Look at some of their other statistics. They have the longest active streak of consecutive NCAA tournament appearances, with 26. They have the most winning seasons in Division I history, with 97. They have the second longest active streak of winning seasons. They have not had a losing all-time record since 1908. They may not “seal the deal” as often as some other programs do, but the Jayhawks have been able to thoroughly throttle their competition throughout their existence. They are consistent, they are successful, and they definitely deserve the number three spot on this list. 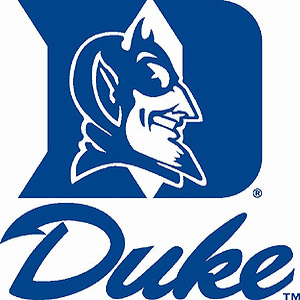 If you pulled a random person off of the street and asked them what they thought the best college basketball program was, I think that there’s a good chance they would mention Duke. Duke University’s college basketball program is arguably the most prestigious in the country. They have won five NCAA Tournaments between 1991 and 2015, which demonstrates the breadth of their accomplishments in recent years, They have been to the Elite Eight twenty times since 1960. They have the second longest streak in the AP Top 25. They have the best NCAA tournament winning percentage of all time, with .755. Duke is a complete powerhouse in the NCAA, and their incredible achievement during the last couple of decades have really helped them to cement their reputation as one of the best college basketball programs of all time. 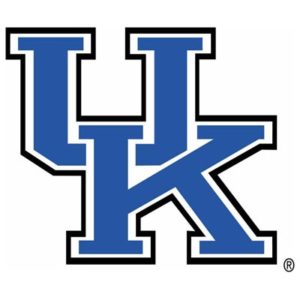 Let me start off by saying that I think you could probably rearrange this top three in any which way, and it would make a decent amount of sense. However, I think that most college basketball fans can agree that the University of Kentucky’s men’s basketball team is almost unparalleled. They are objectively the most successful in terms of all-time wins and all-time winning percentage, with 2205 and .764, respectively. They have won 8 national titles between 1948 and 2012, and they have also been runner-up four times. They are the only program in the NCAA that has had five different championship-winning coaches. The Wildcats lead the NCAA in tournament appearances and wins. In most categories that you can think of, the University of Kentucky comes out on top (or at the very least comes close to it). This SEC school is deserving of pretty much all of the praise that they get.