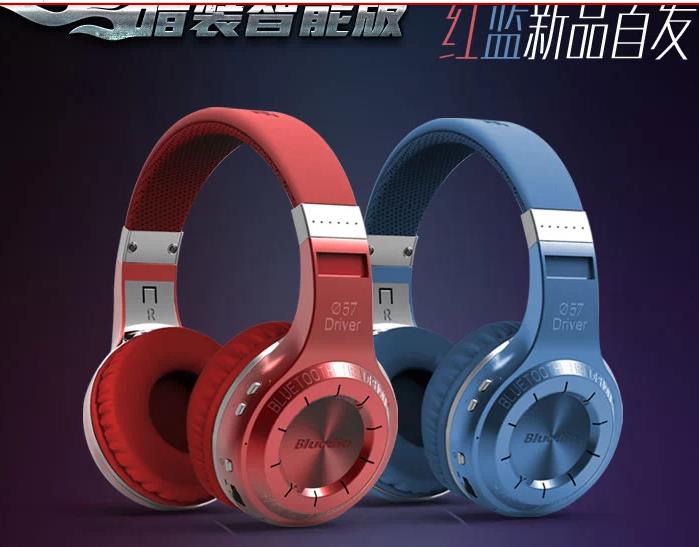 The Best Bluetooth Over Ear Headphones in 2016- Reviews & Comparisons

Packaged in a hard shelled case with magnetic clasping on the box, Photive knows how to make a good first impression. One of two headphones released by Photive in 2015, the BTH3 is slimmer and cheaper than the BTX6. Although not an unshapely piece of hardware it does pale in comparison to the much more stylish BTX6. Premium quality ear cushions line the inside as well as the top of the headset making for a comfortable fit. Unlike the BTX6, the BTH3 is non collapsible, however this does increase the adjustability of the headband.

The BTH3 has Bluetooth capability up to 33 feet. It charges quickly and lasts for several hours, the lithium ion battery gives you up to 12 hours of battery life. A flashing blue light on the ear cup itself alerts you as to the status of your Bluetooth connection, on the bottom of the cup you will find play, pause, and forward and backward skip buttons so you don’t have to leave your seat if a song you don’t want to hear comes on.

The bass isn’t as powerful as you’ll find in the BTX6 but it’s also not lacking, mediums and highs are crisp and clean, for just under $50 the sound quality coming out of these is highly competitive. Unfortunately these don’t ship with a manual but they’re pretty easy to figure out. Feel free to crank these up in the office as the cushioning does a great job of making your music inaudible to passersby even at medium to moderately high levels. 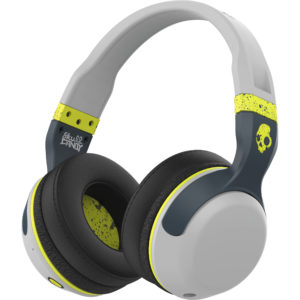 Skullcandy is renowned for its emphasis on allowing its customers to express their individuality through the breadth of its catalogue, and the Skullcandy Hesh 2 is no exception. There’s a style and customization for each personality type and disposition. Upon first impression the Hesh 2 almost appears as a stereotype of what headphones look like, bulky, plump, with large exaggerated cups and the Skullcandy logo placed on the side. The ear muffs are far too puffy, cramping the ear lobes, but at least they’re lightweight and soft. Although it appears deceptively large on paper the Hesh 2 is actually only 7.25 inches across and 6.75inches high.

The large ear cups make for a great deep bass experience at budget prices, the vocals come out clean and crisp and the percussion instruments attack with a sharpness unmatched in medium range prices. These headphones also feature a built in microphone which could be useful for phone calls, online gaming, or voice recording. A single button allows you to activate the mic, take and make calls, play and pause tracks, as well as cycle through tracks. The Hesh 2 has a detachable cable that was intended to allow for easy storage, prevent tangle, and increase overall longevity. 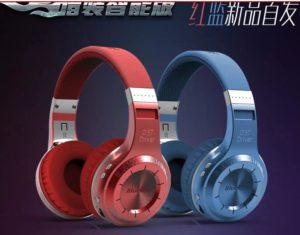 If headphone features are what whet your appetite then you will be delighted to hear that Bleudio HT is chalk full of them. The 57mm ultra large dynamic drivers provide a resonating bass complemented with transparent mids and highs. Bleudio went with Bluetooth 4.1 operating system, released in December of 2013, Bluetooth 4.1 is the first standard shift since Bluetooth 4.0 was originally introduced.

This is an important update as Bluetooth 4.1 was developed primarily for driving the “internet of things” by solving some of Bluetooth’s most famous drawbacks. Previously, Bluetooth and 4G (LTE) didn’t get along so well as their signals interfered, thus degrading each other’s performance and draining precious battery life in the process. With 4.1 Bluetooth coordinates its radio with 4G automatically so no overlap occurs. Furthermore, 4.1 doesn’t carry a fixed timeout period which treats all devices and connections the same, a major flaw in efficiency. Finally, data transfer has been greatly improved thus significantly decreasing battery usage.

For the Bleudio HT that means 40 hours of music, 45 hours of talk, and a whopping 1625 hours of standby time, all because of Bluetooth 4.1 this device which carries the same battery as previous Bleudio headphones, is now capable of performing 40% better.

Not only are the music specific features prevalent, but so are qualities one would expect of a headphone that also functions as a microphone for handling phone conversations. Acoustic echo cancellation and noise reduction reduce ambient noise while talking to create a face to face feel to every phone conversation.

Share your music with friends and family with the Audio sharing feature, connect the headphones using the cord or connect the two headphones wirelessly via Bluetooth. 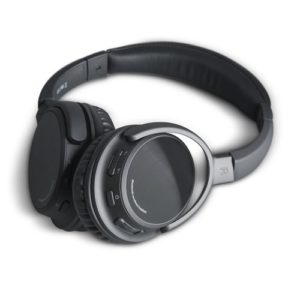 Do you like the look of Beats by Dre but you’d rather avoid the premium price tag, than look no further because Beyution could be Beats by Dre’s younger cheaper sibling if you squint hard enough. Running on the now ancient Bluetooth 3.0, which was released the same time as the iPhone 3, you would expect these to drain battery life quicker than you can sing your favorite rap tune, however, battery life is actually quite remarkable considering everything else. At around 7-8 hours the Beyutions outlasted some headphones that cost twice as much.

Bass isn’t as impressive as you’d find in the Beats but overall they hold their own. Sub bass was abysmal and rattled a bit but otherwise mids and highs weren’t too bad. Sound quality is mediocre but the design and comfort are where it really stands out. If you’re just looking to listen to music and not make it, or study it, then these will get the job done at just under $30 they’re a steal.

The Sony MDR XB950BT and the XB stands for “Extra Bass”. At around $250, these headphones are designed to get your head bumping and thumping with electronic bass boost, 40mm drivers for wide frequency response. Passive mode allows you to plug in your headphones and conserve battery, a built in microphone allows for hands free calling, and a sophisticated swivel design lets you pack up and move out your XB950BTs with ease.

Battery life is always a key determinant when it comes to the day to day success of a pair of headphones and these Sony’s do not disappoint, the MDR XB950BT has a whopping 20 hours of battery life and a USB charging cable and detachable audio cable for when you’re running low on juice.

These headphones deliver booming bass which is great for techno or hip hop but this does make them less suitable for watching movies. A large and bulky set of headphones, you would expect the over the ear coverage to block out ambient noise but that is not the case. There is quite a bit of sound leakage with these which is to be expected with bass heavy headphones. 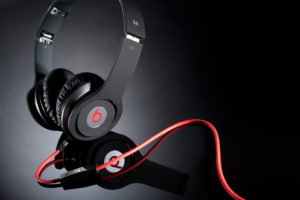 The new addition to the Beats family is lighter, tougher, and offers superior sound quality when compared to its predecessors. Comfortable fit is to be expected with beats and these are no exception. A lithium ion battery that provides up to 20 hours of battery life drives these machines.
Noise cancellation is great however in low noise settings a faint hiss can be heard, it’s so faint as to be excusable in most settings. Beats has named their noise cancellation software the “Beats Acoustic Engine”, there are two modes of cancellation, one so you can hear your music better, the other is for just getting some silence. They can be broken down very well and placed in the available carrying case. The sleek design looks great, this time with no visible screws.
Previously the parody of professional “studio” headphones, the new beats are less beleaguered by bass and more bent on proving they can provide the precise pitches and sounds necessary of such a premium price tag.