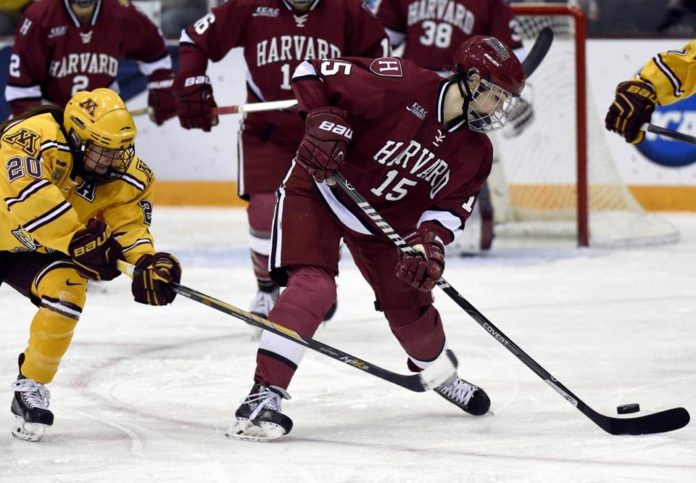 Hockey is one of the most popular sports in the country and around the world. Although the NHL is obviously the most well known source for hockey-related entertainment in the United States, the NCAA is also home to some incredible collegiate level hockey teams. As with any sporting association, this begs the obvious question of what college hockey program is the greatest of all time. In this article, I’ll be listing the top ten best college hockey programs based on factors like prestige and success. Without further ado, let’s hit the ice. 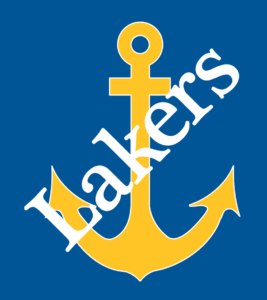 Based in Sault Ste. Marie, Michigan, Lake Superior State University is home to one of the best college hockey programs in the country. The LSSU team may not be all that successful today, but during the mid-80’s to mid-90’s, their team was arguably the biggest powerhouse in NCAA ice hockey. Lake Superior State University took home the title of NCAA Tournament Champions in 1988, 1992, and 1994. Even more impressively, they saw appearances in the NCAA Tournament a whopping ten times between 1985 and 1996. Under head coaches Frank Anzalone and Jeff Jackson, this small school’s hockey program absolutely flourished. However, Lake Superior State University has seen a fall from grace in recent years. Despite that, I don’t think that anyone can argue that they haven’t earned their reputation. 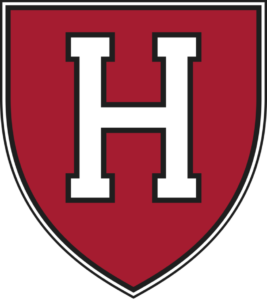 Harvard University possesses one of the oldest college hockey teams out there, with their team being first founded in 1898. Make no mistake, though. This team is still well-respected in the NCAA today. Although they have only won the NCAA Tournament championship once, in 1989, Harvard has been a regular participant in the NCAA Tournament. Not only that, but they were crowned Conference Tournament Champions as recently as 2015. Given the university’s prestige, their hockey program attracts talent from around the world. I know that college athletic ranking lists will typically include Harvard just because their athletic programs are so old, but the Crimson is still a competitive and powerful program. (However, most would agree that they aren’t the best college hockey program in the Boston area…) 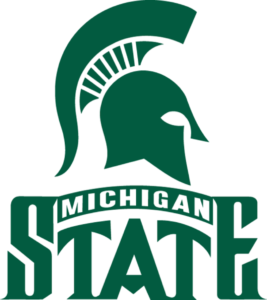 Folks love their hockey over in Michigan, and Michigan State University is home to some of the most avid fans in college hockey. This Big Ten program has been around for a really long time, and they’ve managed to maintain a certain degree of success throughout their lifetime, although they were probably most powerful during the 1980’s. They have earned the title of NCAA Tournament Champion thrice, in 1966, 1986, and 2007. Although the Spartan’s haven’t been able to reach the Frozen Four since this championship run, they still have a reputation for being one of the more successful college hockey programs in the country. One of the larger obstacles to Michigan State’s success has been the competitiveness of their conference, which is home to the likes of the University of Michigan, the University of Wisconsin, and the University of Minnesota. 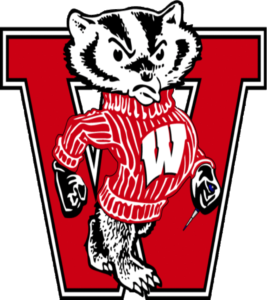 Speak of the devil, the next item on our list brings us to the beautiful Madison, Wisconsin. Badgers’ ice hockey has a storied history, and like Michigan State, this team saw some pretty prolific success during the 1980’s. Wisconsin has won a total of six national titles, in 1973, 1977, 1981, 1983, 1990, and 2006. This 2006 title is obviously their most recent, but it’s worth noting that they were in the Frozen Four as recently as 2010 (where they were routed in a 5-0 game against Boston College). If this list were based on national titles alone, the University of Wisconsin would be home to the fourth best college hockey program in history. However, I really don’t think that a program’s success can be gauged so easily. Even so, I still firmly believe that Madison’s college hockey team has cemented its legacy as one of the best in NCAA history. 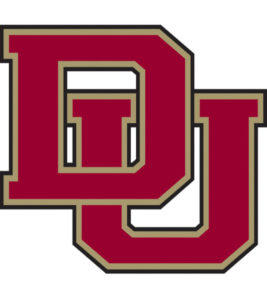 Our last two entries discussed major college hockey programs, and this one takes us to a much smaller school. The University of Denver is a smaller Division 1 school, with its athletic teams participating in the Summit League. Denver is home to quite a few different sport teams, but ice hockey is easily their most popular. The Denver Pioneers have won seven different national titles in 1958, 1960, 1961, 1968, 1969, 2004, and 2005. University of Denver has also appeared in the Frozen Four fourteen different times. Just looking at that list of dates, you can probably figure that this team’s success has been characterized by early dominance, and then a more recent resurgence. Perhaps the most impressive part about this program’s success is its alumni. Denver has seen the likes of Glenn Anderson, Paul Stastny, and Tyler Bozak. This may not be the biggest school out there, but it certainly boasts a well-respected hockey team. 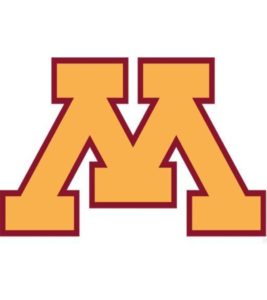 The University of Minnesota, based in Minneapolis, is home to the Minnesota Golden Gophers. This Big 10 hockey team’s primary rivalry is against the University of Wisconsin and the University of North Dakota, the latter of which I’ll talk about a little later. The Golden Gophers have won five national titles. They have also had 21 appearances in the Frozen Four since 1953, with their most recent being in 2014. On top of that, they’re regular conference regular season champions. They’ve shown recent dominant in that particular category, taking the title for every year since 2012. They’ve carried this dominance with them for years, and just in the 2015-2016 season they stood at number one in the Big Ten. As I mentioned before, the competitiveness of the Big Ten makes this no easy feat — the Gophers deserve all of the praise that they get. 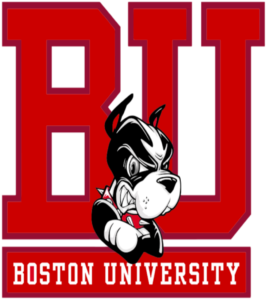 This next college hockey program takes us back to Boston. Boston University’s ice hockey team is widely considered one of the most prestigious ice hockey teams in the NCAA. The Terrier have won five national titles in 1971, 1972, 1978, 1995, and 2009. Even more impressive is their 22 Frozen Four appearances since 1950. Aside from this stellar team performance, Boston University is also known for the talent that it produces. Over the years, the team has held award winners, first round draft picks, and eventual NHL notables. In fact, the famous ‘Miracle on Ice’ 1980 Olympic Hockey team had four different players from Boston University, where they played key roles in taking home a gold medal for the United States. Even though hockey in the Boston area can get pretty cut-throat, Boston University has been able to assemble quite the impressive resume. 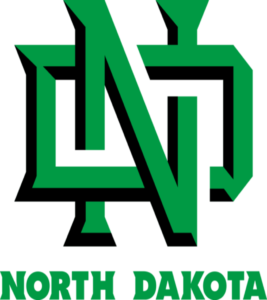 I mentioned North Dakota as being one of Minnesota’s primary rivals a little earlier. Although you may not expect monumental success from a school way out in North Dakota, most hockey fans will agree that this school hosts one of the greatest college hockey programs of all time. Throughout Fighting Hawks history, the school has won a whopping eight national titles in 1959, 1963, 1980, 1987, 1997, 2000, and 2016. That’s right — they’re currently the defending world champions. On top of this impressive list of titles, the University of North Dakota has been in the Frozen Four 22 times since 1958, seeing consecutive appearances since 2014. Like Boston University, they’ve also had over 250 alumni enter and become successful in the NHL. They’re a team that has been dominant throughout NCAA history, while still being a massive superpower today. 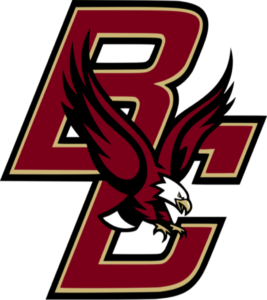 As you’ve probably been able to figure out for yourself, Boston is home to a really competitive hockey scene. It may be controversial to say, but although the teams have traded blows over the years, Boston College has seen a greater degree of sustained and consistent success than Boston University. This team has won five national titles, with their most recent being from 2012. They have appeared in the Frozen Four 25 times since 1948, and their most recent appearance was just in 2016. The team has been coached by Jerry York for the past 22 years, and York is historically the winningest active coach in NCAA hockey. The Eagles college hockey team is a program that is just as dominant as it is prestigious, having seen fairly consistent success throughout their entire history. If you’re in Boston and you’re interested in seeing how they play hockey, I’d advise you to take a trip down to Chestnut Hill. 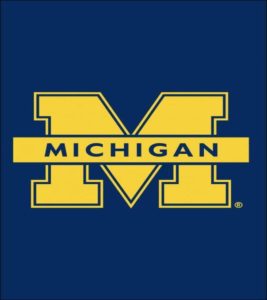 Even though I’m sure a lot of people were expecting this one, I’m sure that this may be seen as a controversial pick. The University of Michigan is home to a pretty old college hockey program. The Wolverines have won nine national titles, which is the most that anyone has ever won before. Thing is, most of these titles are pretty old, with the most recent one coming from 1998. The team has been in the Frozen Four 24 times, but the majority of those appearances were a long time ago, with the two most recent being from 2011 and 2008. Even though modern hockey fans may not consider Michigan to be a powerhouse today, it is undeniable that this program is one of the most successful of all time. During the 50’s and 60’s, the Wolverines were easily the most consistently successful team in the NCAA. That isn’t to say that they aren’t doing pretty well today, too. Their head coach, Red Berenson, was crowned Big Ten Coach of the Year most recently. They’re a good team today, but their absolute domination of NCAA ice hockey a couple of decades ago makes them, in my opinion, the greatest college ice hockey program of all time.