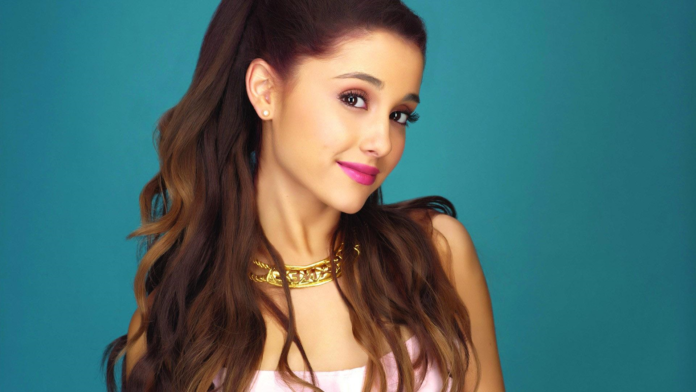 Younger generations will tell you that Ariana Grande’s claim to fame is her hit singles and iconic stage presence. Little do they know, the American singer was once a cast member of a once-popular Nickelodeon show. Her recognizable voice and stellar looks has helped Ariana climb the ladder of fame to become one of the most popular and highest earning stars of the past few years. Her music constantly features on the Billboard charts and has earned her many awards.

Lets see what she did to earn her fame and fortune and how she spent it.

How did Ariana Grande make her money and wealth?

Ariana Grande-Butera aka Arian Grande was born on June 26, 1993 in Boca Ranton, Florida. Her father, Edward Butera, is an  owner of a graphic design firm, and her mother, Joan, is the CEO of Hose-McCann Communications. Ariana also has a brother, Frankie, who is a successful dancer, producer and actor. Her parents divorced when she was 9 years old, but family problems did not stop her from pursuing her dreams.

Even at a young age, Ariana loved to perform. She regularly took part in local musicals including Beauty and the Beast, The Wizard of Oz and Annie. After this, she moved onto live performances at karaoke lounges and cruise ships. She made her debut on national television when she sang for the Florida Panthers. During this time, the upcoming child-star attended Pine Crest School and moved to North Broward Preparatory School after that.

During her early teenage years, she became focused on pursuing a career in music. At the age of 14, she traveled to Los Angeles to meet her new managers to express her interest in making an R&B record. She quoted on the matter saying that “I want to make a R&B album,” and they responded by saying, “that’s a hell of a goal! Who wants to buy a fourteen year old’s R&B album?” Needless to say, the ordeal was far from a success. But Grande was persistent and continued to do as much as she could to increase her recognition and climb the ladder.

At 15, she was cast as the supporting role of Charlotte in the Broadway musical, 13. Her role was so good that he won a National Youth Theater Association Award. This motivated Ariana to take her career further and in the same year, she sang at jazz club  in New York City on multiple occasions.

Breakthrough and Rise to Fame

In 2009, Ariana auditioned for a role in Victorious, a new Nickelodeon television show. She starred as a character named Cat and had to have her hair colored red every few weeks as this suited her character. When Victorious premiered in 2010, it was the largest live-action series Nickelodeon had ever done at the time, attaining around 5.7 million viewers worldwide. Ariana starred in numerous other shows during that time, including the musical Cuba Libre and Clueless. The second season of Victorious gained around 6.7 million viewers, at which point Ariana Grande obtained Teen Idol status and was known around the world.

While Ariana loved the stage, her heart was with music. In 2010, she started writing a debut album and made her first appearance as a vocalist on the soundtrack for Victorious. During this time she also uploaded covers of songs originally sang by artists she looked up to, including Whitney Houston, Adele and her favorite, Mariah Carey to YouTube. Her videos gained the attention of the CEO of Republic Records, who eventually signed her a recording contract. From there, her career skyrocketed. She has starred in numerous television shows, received prestigious awards and continues to release hit singles alongside the world’s biggest artists, earning her a significant fortune along the way.

With her chart-topping singles, albums and collaborations, her social media sponsorships, stage performances, endorsements and a host of other incomes, it goes without saying that the American singer has earned a great fortune for herself throughout her career. From YouTube videos alone, she has earned over $26 million to date. In 2013, she reportedly earned around $9 million from television shows, tours and album sales. In the three years following that, her earnings are yet to be released. But what we can say for sure, is that its close to, if not more than a hundred million dollars in total, especially given her rising social media presence. 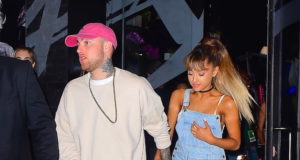 In 2012, Ariana began a one-year relationship with Jai Brooks, a popular comedian. Brooks claims that Ariana allegedly cheated on him with Wanted singer Nathan Skyes, who Ariana dated for a brief three months. While on an episode of The Ellen DeGeneres Show, Ariana was questioned about her current relationship and confirmed that she is currently dating rapper Mac Miller. She said that she was initially shy about declaring her relationship with Mac, but she is happy with how things are.

While the American singer brings in a significant amount of money for herself every year, she doesn’t spend it all on herself and is kept in high regard for her charitable acts. At the young age of 10, she co-founded Kids Who Care, a Florida youth singing group that performs around the US that raised over $500 000 for charity in just a year.

Ariana and her brother Frankie taught dance and music to children in the impoverished African community of Gugulethu though the Broadway in South Africa organization. Ariana also urged fans to stop supporting the controversial US theme park, Sea World, after watching a documentary that showcased how the animals in the enclosure were mistreated. She has also collaborated with organizations and popular artists in the pursuit of making the LGBT community more comfortable and socially accepted by raising awareness through songs and performances. 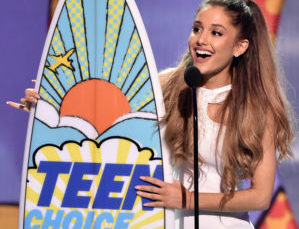 Ariana’s unique voice and distinct style has earned her a multitude of awards and nominations throughout her growing career. She has won an MTV Video Music Award, three American Music Awards, three MTV Europe Music Awards and has been nominated for four Grammy Awards. Her performance in the popular television show, Sam & Cat, has also earned her the 2014 Nickelodeon Kid’s Choice Award for Favorite TV Actress.

Other noteworthy awards include the 2014 Breakthrough Artist of the Year award from the Music Business Association, a Bambi Award for Best Newcomer, a Young Influencer Award from IHeartRadio and four Teen Choice Awards.

Perhaps most noteworthy of all though, is the fact that Ariana was listen among Time Magazine’s 100 most influential people in the world in 2016, putting the icing on the cake that proved her international fame and admiration.

She has starred in numerous television shows, including Family Guy, Saturday Night Live, Scream Queens, The Voice and Swindle. You will also find her in popular movies, including Underdogs and Zoolander No. 2, proving that her talent knows no bounds.