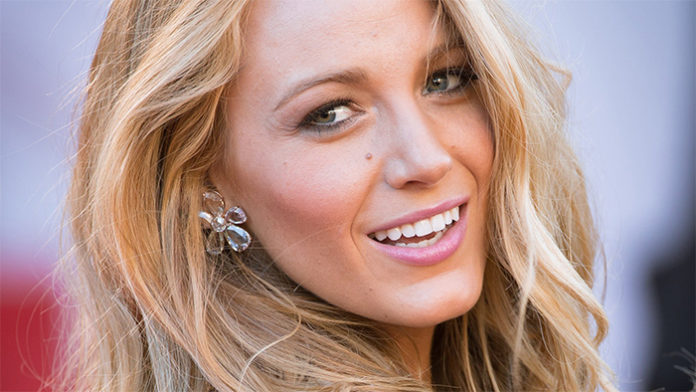 Blake Lively is an American actress who is most well-known for her portrayal of Serena Woodsen in the teen drama, Gossip Girl. Despite the fact that she was born into a show biz family, the blonde initially showed no interest in acting as a young girl; instead, she dreamt of one day going to the prestigious Stanford University. Nonetheless, she was urged to go audition in her teen years by her older brother, Eric. Recognizing his sister’s potentials, he began contacting agents on his own accord, trying to sell them on Lively’s charm and beauty. Although she was reluctant, she later heeded his words, and attended a small handful of auditions when she was seventeen years old. As fate would have it, Lively was quickly met with success; not long after auditioning, she landed a role in the chick flick, The Sisterhood of the Traveling Pants (2005) at the age of eighteen. While it was only her first appearance on film, it earned her much recognition as an actress; it even went as far as earning her a Teen Choice Award nomination later that year.

After filming for the movie, Lively returned to Burbank for her senior year of high school. Upon receiving her diploma, she once again returned to the acting scene. The following year, she appeared in the comedy, Accepted (2006) and the horror thriller, Simon Says (2006). From there, the blonde received a breakthrough in her career when she was cast as one of the female leads in the The CW teen drama, Gossip Girls (2007). The big break that she’d been waiting for, it earned her much praise and media attention; to date, it remains to be one of her most famous television portrayals. Lauded for her performance, the blonde was recognized with three Teen Choice Awards (e.g. Choice TV Actress in a Drama and Choice TV Breakout Star-Female). Aside from her wins, she also received nominations for the Prism Award, the ASTRA Award, and the People’s Choice Award.

A popular icon within the entertainment scene, Lively has participated in a number of TV specials over the years including Ben’s Boston (2010), Attack of the Show! (2011), Green Lantern: An Exclusive Look (2011), and A Big Farewell to Our Upper East Sider (2013). Aside from that, the blonde has also starred in a large handful of talk shows such as The View (2005), Big Morning Buzz Live (2011), Late Show with David Letterman (2012), Late Night with Jimmy Fallon (2012), and Good Morning America (2015). Since she first began her acting career, the actress has appeared in well over a dozen different films and shows.

So what has the blonde beauty of Gossip Girl fame been up to nowadays? What are some of her latest projects and endeavours? What happened to Blake Lively? Where is she now in 2018? 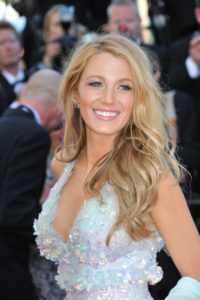 Born on August 25, 1987, in Tarzana, Los Angeles, Blake Lively (Birth Name: Blake Ellender Brown) is the daughter of Elaine McAlphin and Ernie Lively, both of whom worked in the show business as a talent scout and an actor respectively. She has an older brother named Eric, as well as two half-sisters, and a half-brother. When Lively was a child, she often accompanied her parents to work at the studio as they did not want to leave her alone with a babysitter.

Despite the fact that she grew up in the entertainment industry however, she was not particularly interested in becoming an actress; instead, her dream was to attend Stanford University. Nonetheless, her brother Eric, recognizing her hidden potential, urged her to attend auditions during her teen years. Convinced of his sister’s beauty and charm, he later began reaching out to talent agents on his own accord. Although the blonde was less than thrilled with her brother’s antics, she recalled that it was difficult saying no to him as she “didn’t want to make him upset”.

After many years of urging, Lively finally agreed to attend a few auditions when she was seventeen years old. Since she didn’t expect to secure any roles, she was more than surprised when she was notified about landing a part in the chick flick, The Sisterhood of the traveling Pants (2005), just a few months after auditioning. Despite the fact that it was her first time securing a role, it actually wasn’t the first time appearing in a film; in fact, Lively had appeared in the musical, Sandman (1998), when she was ten years old as her father was directing the movie at the time. Continuing with her budding acting career, the aspiring actress went on to appear in the films, Accepted and Simon Says in 2006.

Just two years after making her official debut, Lively received a breakthrough when she was cast as one of the lead characters in The CW drama series, Gossip Girls (2007). 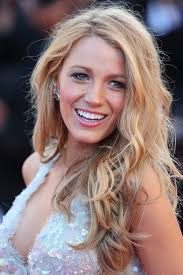 Based on a series of novels of the same title by author Cecily von Ziegesar, Gossip Girl originally premiered on television in September 2007. Created by Stephanie Savage and Josh Schwartz, the teen drama followed the lives of a group of upper-class teenagers in the Upper East Side area of Manhattanーa neighbourhood where no one can hide a secret from an all-knowing blogger. Mainly targeted towards young adolescents, Gossip Girl attracted an average of over two million viewers during its initial season. Despite the fact that it was met with mixed reviews from critics, many of whom criticized it for its deviations from the original book series, it quickly gained a massive following and viewer base in North America.

In the show, Lively portrayed the role of Serena van der Woodenーa teenage girl who is later revealed to have a scandalous past that continues to haunt her throughout the series. Aside from the blonde, Gossip Girl also featured the acting talents of Leighton Meester, Penn Badgley, Chance Crawford, Ed Westwick, and Taylor Momsen. A huge success, the drama won numerous awards during its run including two Teen Choice Awards for “Choice TV Show Drama” and “Choice TV Breakout Show” in 2008. Applauded for her on-screen portrayal, the actress was also given two Teen Choice Awardsーone for “Choice TV Breakout Female” and another for “Choice TV Actress Drama”.

The same year as Gossip Girl, the blonde also starred in the romantic drama TV film, Elvis and Anabelle (2007). Originally premiered at the Southwest Film Festival on March 10, 2007, it revolved around a young woman named Anabelle who aspires to win the Miss Texas pageant; despite having closed the distance between herself and the title however, she tragically passes away while on stageーafter she is miraculously resurrected, she finds herself falling for Elvis, a young man whose sense of family keeps him away from chasing his dreams. While Lively portrayed the part of Anabelle Leigh, actor Max Minghella played the role of Elvis Moreau; other featured actors include Joe Mantegna, Mary Steenburgen and Keith Carradine. Later broadcasted on HBO in the fall of 2012, Elvis and Anabelle was met with generally favourable reviews; it currently holds a 75% rating on Rotten Tomatoes.

Making her way onto the big screen once again, Lively was cast as one of the lead characters in Ben Affleck’s 2010 crime drama, The Town. Released in theatres on September 17, 2010 following a premiere earlier that month at the Venice Film Festival, it revolved around an unrepentant thief named Doug MacRay (portrayed by Affleck) who after pulling off a bank robbery, finds himself beginning a relationship with his ex-hostage, Claire Keeseyーwhom also worked as the manager of the bank; to make matters more complicated, the woman does not remember him from the heist. Filmed majorly in Boston, The Town grossed over $23 million during its opening weekend in theatres, taking the number one spot at the box office. By the end of its theatrical run, the thriller had earned over $154 million worldwide. In the film, Lively starred as Krista CoughlinーDoug’s former girlfriend; other members of the cast include Jon Hamm, Rebecca Hall, Jeremy Renner, Titus Welliver and Chris Cooper. Another brilliant performance by the actress, The Town garnered her multiple awards including one from the San Diego Film Critics Society for “Best Supporting Actress”. 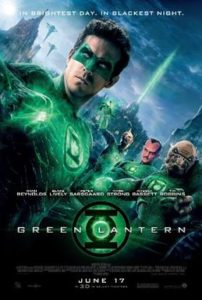 In 2011, she co-starred in the superhero film, Green Lantern with actors Ryan Reynolds, Peter Sarsgaard, Angela Basset, Tim Robbins and Mark Strong. Based on the character from DC Comics, it focused on Hal Jordan, a test pilot who finds himself being granted the power of an alien ring which inducts him into an intergalactic police force known as the Green Lantern Corps. While Reynolds took on the part of Hal Jordan, Lively starred as Carol Ferris, the love interest of Jordan, whom also acted as the vice president of the Ferris Aircraft Company.

Upon its theatrical release on June 17, 2011, Green Lantern earned over $21 million during its opening weekend and peaked at the number one spot at the box office. Despite this, many considered the film to be a commercial flop, having failed to perform to industry expectations. Although it was met with fairly negative reviews from critics, many panning it for its underwhelming screenplay and overuse of CGI, Green Lantern still managed to snatch up a couple of awards including a 2010 Scream Award for “Most Anticipated Movie”. Altogether, the film had grossed over $219.9 million from a $200 million budget.

More recently in 2015, Lively secured the title role in the romance fantasy film, The Age of Adaline. Written by Salvador Paskowitz and J. Mills Goodloe, it follows the life of a young woman named Adaline Bowman, who stops aging after getting into an accident at the age of twenty-nine. Aside from the blonde actress who played the role of Adaline, the movie also featured Harrison Ford, Kathy Baker, Michiel Huisman, and Ellen Burstyn as co-stars. Released in theatres on April 24, 2015, The Age of Adaline took in over $13 million during its opening weekend across 3000 locations in the country. A commercial hit, it went on to gross over $65 million worldwide by the end of its theatrical run. For her portrayal of Adaline, Lively received two Teen Choice Award nominations and a Saturn Award nomination. 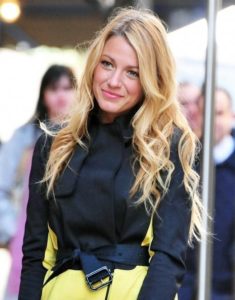 Originally premiered at the Toronto International Film Festival in the fall of 2016, Lively will be making another big appearance in the drama thriller, All I See is You. Directed by Marc Forster, it will depict the relationship between a blind woman and her husband after she regains her sight; despite the good news, the two eventually discover disturbing details about themselves. In the movie, the actress will be playing as Gina, the blind woman, while actor Jason Clarke will be portraying the role of James, her husband.

In respect to the projects which she undertook this past year, Lively starred in the horror thriller, The Shallows (2016), and in the comedy romance, Cafe Society (2016)ーboth of which were released in the summer of 2016.