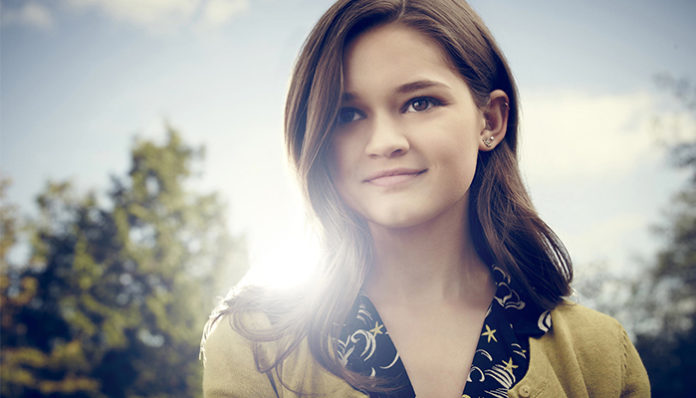 Ciara Bravo is an American actress who is best known for her portrayal of Katie Knight in the Nickelodeon series, Big Time Rush. When she was nine years old, her talents were discovered by talent agents, Frederick Levy and Bryan Leder at the Mike Beaty Model and Talent Expo held in Dallas, Texas. By the time she was eleven in 2008, she had starred in a handful of local commercials including one for the Newport Aquarium. That same year, she also appeared in the film shorts, Washed Up (2008), and The Cafeteria (2008). Continuing to pursue multiple auditions, she eventually found herself starring in a music video for British singer, Natasha Bedingfield’s Love Like This. After much perseverance, the young actress finally received the big break that she’d been waiting for in 2009, when she was cast as one of the lead characters in the Nickelodeon comedy series, Big Time Rush. Despite the fact that it was her first time in a starring role, she received much praise for her performance. While the series ended back in 2013, her portrayal of Katie Knight remains to be one of her most-remembered roles on television to this day.

In between filming for Big Time Rush, Bravo also took on multiple side projects. For instance, she guest starred in a small handful of TV films including Swindle (2013) and Jinxed (2013); in 2012, she also reprised her role as Katie Knight in Big Time Movie. In terms of television series, the brunette made a guest appearance in the Nickelodeon sitcom, The Haunted Hathaways (2013), in which she had the opportunity to act alongside Amber Montana, Breanna Yde, Benjamin Flores, Jr., and Curtis Harris. Shortly after the end of Big Time Rushーa series which later earned her a Young Artist Award nomination for “Best Performance in a TV Series: Supporting Young Actress”ーshe landed another lead part in the Fox comedy drama, Red Band Society (2014). Although most of her work is on television, she has also appeared in the movies Cinnamon (2011), and Neighbour 2: Sorority Rising (2016).

In addition to being a young, and talented actress, Bravo has lent her voice to a number of animated projects throughout her career. On the big screen, she performed voice-over work for the comedy, Open Season 3 (2010), in which she played the part of a mule deer fawn. On television, the brunette has played a variety of animated characters including those in Happiness is a Warm Blanket, Charlie Brown (2011), Ice Age: A Mammoth Christmas (2011), and The Penguins of Madagascar (2012). Aside from acting, she has also starred in the reality seriesー BrainSurge (2011), and Figure it Out (2012).

So what has the brunette of Big Time Rush fame been up to these days? What has the 19-year-old actress been working on recentlyーwhat are her latest projects? What happened to Ciara Bravo? Where is she now in 2018?

Ciara Bravo’s Childhood and Early Entry into the Show Business 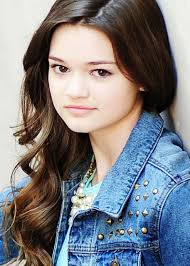 Born on March 18, 1997, in Alexandria, Kentucky, Ciara Quinn Bravo is the daughter of Mike and Tammy Bravo; she is the second oldest out of three siblingsーshe has a younger brother named Jaxon and a older sister named Rikkel. Growing up, she enjoyed horseback riding and hanging out with her friends; she also spent much of her free time shopping and visiting the local Farmer’s Market near her home in Los Angeles. When she was nine years old, she went to a Model and Talent Expo in Dallas, Texas, with her family; it was there that she was ultimately discovered by agents Frederick Levy and Bryan Leder of Management 101. Encouraged by them to pursue an acting career, she later began taking part in a series of auditions.

By the time she was eleven in 2008, Bravo had landed several television gigs including a number of local commercials for the Newport Aquarium. That same year, she also appeared briefly in the mystery thriller, Angels & Demons (2009); despite having played the part of a cameo, it was her first role on the big screen. From there, she eventually landed various voice-over roles in the cartoon, Can You Teach My Alligator Manners? (2008). Slowly yet steadily, Bravo began receiving more acting roles within the next yearーin 2009, she guest-starred in the animated series, Special Agent Oso and later also starred in the film shorts, Washed Up (2009), and The Cafeteria (2009). After portraying what seemed like a series of minor characters, the brunette finally received a breakthrough in her career when she was cast as one of the major leads in the Nickelodeon series, Big Time Rush in the fall of 2009. 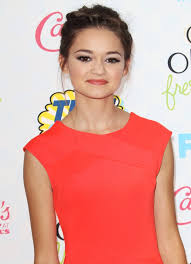 Although Big Time Rush received mixed reviews from critics, it was a hit amongst teen viewersーhaving attracted 3.6 million audience members during its one-hour debut special. Filmed in Paramount Pictures Studios in Los Angeles, it continued for a period of four years, prior to coming to an end in July 2013; by then, the show had run for over 70 episodes. For her stunning performance, Bravo received a Young Artist Award nomination for “Best Performance in a TV Series- Supporting Young Actress” in 2012.

In October 2011, Bravo lent her voice to Patty in the Peanuts television special, Happiness is a Warm Blanket, Charlie Brown. Written by Charles M. Schulz, Craig Schulz and Stephan Pastis, it is notable and unique in that it features the distinct animation style from the 1950’s and 1960’s. The only Peanuts special ever to have been produced in the 2010’s, it followed Linus as his grandma comes to visit with plans of ridding him of his inseparable security blanket. Aside from the young actress, Happiness is a Warm Blanket, Charlie Brown also featured the voices of Austin Lux, Amanda Pace, Trenton Rogers, Grace Rolek, Shane Baumel and Blesst Bowden. Generally met with positive reviews upon its releaseーmany viewers having praised it for its old fashion styleーit was later released on DVD and Blu-Ray in March the following year.

Following another voice-over role in the animated TV special, Ice Age: A Mammoth Christmas (2012), Bravo reprised her role as Katie Knight in the Nickelodeon Original Movie, Big Time Movie. Based on the television series, it featured the band members of Big Time Rush as they travel to London for their highly anticipated world tour event. Originally broadcast on March 10th, 2012 on the Nickelodeon Channel, it reunited most, if not all of the original cast including Kandall Schmidt, James Maslow, Carlos Pena Jr., and Logan Henderson. Nominated for a Directors Guild of America Award for “Outstanding Directing in a Children’s Program”, Big Time Movie enjoyed a positive reception and was later voted to be the “4th Best Movie Overall of 2012” by viewers. A commercial success, it averaged over twelve million viewers during its premiere weekend and eventually went on to gross over $3.4 million. 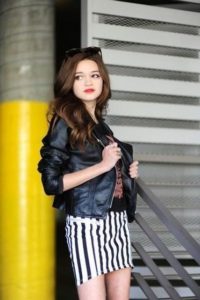 The next year, Bravo co-starred in the made-for-television film, Swindle alongside Noah Crawford, Jennette McCurdy, Chris O’Neal and Noah Munck. Based on a book of the same title by Gordon Korman, it told the story of Griffinーa teenage boy named Griffin Bing who attempts to retrieve his best friend’s valuable baseball card back from a nefarious dealer. Originally premiered on Nickelodeon on August 5th, 2013, it was successful at drawing over 4.2 million viewers during its debut. In the movie, the actress played the part of Melissa Bing, Griffin’s younger sister. Although some viewers panned it for being too different compared to the book, Swindle also received many positive reviewsーmany having praised the cast for their acting.

Just a few months later, the actress starred in yet another Nickelodeon Original Movie called Jinxed (2013). Shot in Vancouver, British Columbia, the film centered around the Murphy’sーa family with what appears to be, never-ending bad luck. Written by Aury Wallington, the movie attracted over three million viewers upon hitting the screens on November 29th, 2013. Aside from Bravo, who played the part of Meg Murphyーthe lead protagonist of the film who’s determined to end her family’s curse, Jinxed also starred Jack Griffo, Keegan Connor Tracy, Burkely Duffield and Jacob Bertrand. Although some thought the movie’s premise was a little silly, it was generally favourably received; it currently holds a 7/10 rating on IMDb.

From there, Bravo made a brief appearance in the American sitcom, The Haunted Hathaways (2013). Revolving around a family who has just recently moved into a ghost-inhabitated home, it stars Amber Montana, Curtis Harris, Benjamin Flores., Jr., and Breanna Yde. In it, the brunette played the part of a girl named Blair; she made her first and only appearance in the twentieth episode of the first season.

After the end of Big Time Rush in 2013, Bravo landed another lead part in the medical comedy, Red Band Society (2014). Based on a Catalan television series called, Polseres Vermelles, it centered around a group of teens living together in a hospital’s paediatric ward, as they try to face and deal with their own illnesses. Noted for being one of the first medical dramas to focus solely on hospital patients, it premiered on the Fox Network on September 17th, 2014. Her second major role on television, Bravo played the part of Emma Chotaーa patient who is admitted into the hospital for anorexia; she later becomes the girlfriend of Leo, a former patient with bone cancer. Besides the actress, Red Band Society also featured Octavia Spencer, Dave Annable, Astro, Griffin Gluck and Zoe Levin. Following a thirteen-episode run, the series was cancelled by Fox due to low viewership ratings; the two-hour finales aired on February 7th, 2015.

This past year, Bravo has been playing the main role of Gracie Pritchard in the Fox science fiction crime series, Second Chance (2016). Originally premiered online on December 25th, 2016, the show later began airing on the Fox Network on January 13, 2016. Starring Robert Kazinsky, Dilshad Vadsaria, Adhir Kalyan, and Vanessa Lengies, it depicts the story of a bioengineer who is able to bring a deceased Washington sheriff back to life in the body of a young man. After an 11-episiode run however, Second Chance was cancelled due to low ratings.

Aside from that, the actress has recently guest-starred in an episode of the police action drama, NCIS (2016), where she played a character by the name of Amanda Campbell in the first episode of the fourteenth season.

If you’d like to stay connected with the actress, you can do so by following her on social mediaー you can find her on Twitter at @ciarabravo.