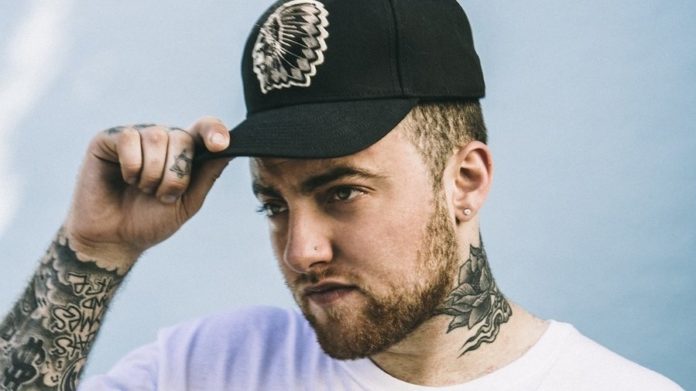 During the 2010’s, Mac Miller has quickly been able to become one of the more popular hip-hop artists in the mainstream music industry. Within a short period of time, this small time rapper has seen himself ascend to a very high status in hip-hop. He’s sufficiently famous today, but how has his fame affected his wealth? Is Mac Miller rich? In this article, I’m going to be talking about how exactly Mac Miller was able to become so popular, while also making sure to discuss how his popularity has made him the money that he has today. Without further ado, let’s learn a little bit more about this Pittsburgh-based musical artist.

How did Mac Miller make his money and wealth?

Malcolm McCormick was born in January of 1992 in Pittsburgh, Pennsylvania. Prior to becoming interested in hip-hop, Mac was more interested in becoming a vocalist. As a self-taught musician, he had all of the tools. However, once he realized the viability of hip-hop as a career, he made the decision to become a rapper. With that goal in mind, he became very serious about music. By the time he was just fifteen years old, he used the alias EZ Mac to release an amateur mixtape entitled But My Mackin’ Ain’t Easy. He also formed a hip-hop duo with another local rapper, Beedie, to form a group called The Ill Spoken. This group released a mixtape in 2008, when Mac was sixteen years old. A year later, he released two more mixtapes: The Jukebox: Prelude to Class Clown and The High Life. By the time both of these mixtapes had been released, Mac was attracting major local attention. 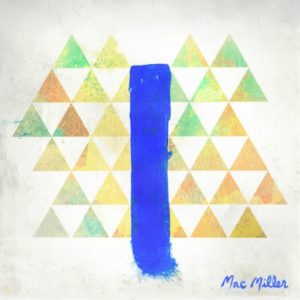 By 2010, he was able to sign with Rostrum Records, an independent record label based out of his hometown of Pittsburgh. Initially, the label wasn’t all too interested in Miller, until they heard a snippet of his upcoming mixtape. The mixtape indicated that Mac was maturing as an artist, and that he was willing to change his sound as his own personal taste did. This mixtape, K.I.D.S., was released by Rostrum in mid-2010. Later that year, Mac took his show on the road, and he hosted a sold out tour. His next release was Best Day Ever, a mixtape that featured production by a wide variety of different mainstream producers. In July of 2011, Mac announced that he was going to be releasing his debut album, entitled Blue Slide Park, during the fall of that year. In fall of 2011, he ended up releasing another mixtape, this one being I Love Life, Thank You. That didn’t mean that he had forgotten about the album, however. Blue Slide Park was released in November of 2011, and it debuted at the top of the Billboard 200 chart.

The album’s hot debut was a historic occasion. It was actually the first independently distributed album to debut at number one on the chart since the release of Dogg Food in 1995. Although this success was enough to go to any other artist’s head, Mac remained focused on his goals. In 2012, he released a mixtape called Macadelic. Later that year, his career took an interesting artistic turn when he released an EP called You under the pseudonym Larry Lovestein & the Velvet Revival. This music was completely different from anything else that he had ever released — it wasn’t rap at all. You featured Mac singing over completely jazz instrumentals, and although it wasn’t quite as popular as his hip-hop music, it still helped to showcase the artist’s versatility as an actual musician. He continued the trend of releasing more “out there” material in March of 2013, when he released a mixtape called Run-On Sentences Vol. 1 under the name Larry Fisherman. This mixtape consisted entirely of instrumentals. 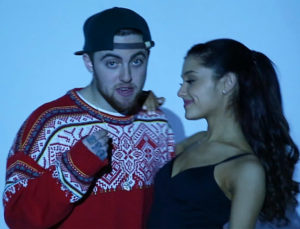 In June of that year, Mac released the studio album Watching Movies with the Sound Off, which was praised for having a more psychedelic sound than a lot of his previous work. The album had a lot more star power behind it than his previous, featuring artists like Earl Sweatshirt, Schoolboy Q, Diplo, Pharrell Williams, and Tyler, The Creator. Following the successful release of this album, Mac ended up creating his own record label, which he called REMember Music. Through this label, he released a self-produced mixtape called Delusional Thomas in October of 2013. A couple of months after that, he released his very first live album, called Live from Space. This live album featured unreleased songs that he decided not to put on Watching Movies with the Sound Off. In that same year, Mac was featured on Ariana Grande’s single “The Way”, which helped to increase his popularity. As you can probably tell by reading through all of this, much of Mac Miller’s career is characterized by constant, dense output.

Mac was able to carry this productivity into the next couple of years of his career, as well. In 2014, he released GO:OD AM, his third studio album and his first major release. (He broke ties with Rostrum, and signed a contract with Warner Bros. Records with REMember prior to its release.) The album debuted at #4 on the Billboard 200 chart, and it received positive reviews from critics. This particular album featured guest appearances from the likes of Lil B, Miguel, and Chief Keef. Earlier in 2016, he released the album The Divine Feminine. This album took on a more jazzy sound than his previous, and it featured appearances from Ty Dolla Sign, CeeLo Green, Ariana Grande, and even Kendrick Lamar. Although there isn’t any official word yet, I think it’s safe to assume that he’s still working on some new music. Mac has worked incredibly hard to get where he is today, and just taking a glance at his discography can tell you that he is still working hard now.

Who is Mac Miller dating?

As a young hip-hop artist, Mac’s dating life has been the subject of a lot of speculation. Recently, it was confirmed that he is in a relationship with regular collaborator Ariana Grande. They have only been dating for a couple of months now, but their more romantically-charged collaborations on the tracks “The Way” and “My Favorite Part” have had people suspecting something for a good while.

In 2016, Mac saw the release of his fourth studio album, The Divine Feminine. Based on the performance of some of his recent releases, it can be estimated that Mac Miller makes around $1.1 million per year. Of course, this is just a rough estimate, but it’s definitely in the right ballpark.

How much does Mac Miller make per day?

If you use that $1.1 million figure as a starting point, with just some simple arithmetic you can calculate how much Miller makes on a daily basis. In a 365 day year, he makes close to $3,000 per day.

You may not guess it by taking a look at him, but Mac Miller is actually a really generous, compassionate guy. He came from humble beginnings, and so he knows how important it is to support people who are less fortunate. Over the years, he has worked with charitable organizations such as the Make-A-Wish Foundation and Homeboy Industries.