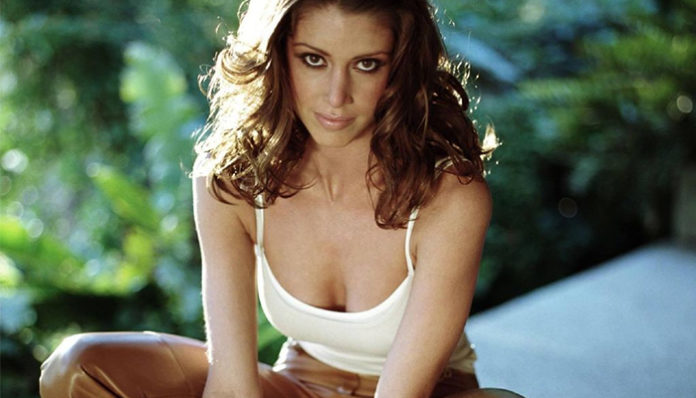 Shannon Elizabeth is an American actress who is best known for her portrayal of Nadia in the comedy film, American Pie. As a child, she loved to dance and took ballet, jazz and tap lessonsーit was obvious to the people around her that she had a natural knack for performing. Although acting was never something that was on the forefront of her mind as a young girl, she eventually decided to pursue a career in the entertainment industry after graduating form high school. Hoping that it would help lead her career in the right direction, Elizabeth later signed with The Ford Modelling Agency in Los Angeles. Shortly afterwards, she also began enrolling herself in acting classes with a number of different coaches. After much perseverance, the brunette was finally able to secure an agent when she was in her early twenties. From there, she soon made her television debut in the comedy series, Arli$$ (1996).

Over the next couple of years, Elizabeth continued to play various small roles including those in Hang Time (1996), USA High (1997), Step by Step (1997), and Blade Squad (1998). Aside from television, she also appeared in the action movie, Blast in 1997ーwhich served as her official film debut. However having said that, it wasn’t until 1999, four years after she made her entrance into the show business, that her big break finally cameーshe was cast as one of the sharing characters in the eventual box office hit, American Pie. Having put on a splendid performance in the comedy, the film garnered her much recognition as an actress at the time; applauded for her acting, it also earned her an MTV Movie Award nomination for the category “Breakthrough Female Performance” in 2000. Speaking of accolades, Elizabeth has since also received a Young Hollywood Award, a Hollywood Film Award and a Feature Film Award from the New York Independent Film & Video Festival.

On top of being an actress and former model, the brunette is also a skilled poker playerーin fact, she has gone as far as describing it as her “second career.” One of the greatest celebrity poker players out there, Elizabeth regularly travels to the Las Vegas Valley a few times every month to face off against some of the best players in the country. In 2005, she participated in a special tournament at the 2005 World Series of Poker, where she ultimately won $55,000, having beat out dozens of poker professionals and celebrities. Proving herself to be a worthy contender, she later found herself advancing to the semi-final rounds of the NBC National Heads Up Poker Championship in 2007.

So what has the multi-talented brunette been up to these recent years? Is she still acting on a regular basis? If so, what are some of her latest projects? What happened to Shannon Elizabeth? Where is she now in 2018? 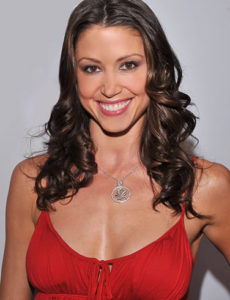 Born on September 7, 1973, in Houston, Texas, Shannon Elizabeth Fadal is the daughter of Gerald Edward and Patricia Diane Fadal; she is of Syrian, Lebanese, English, Irish, and German descent. When Elizabeth was eight years old, her family moved to Waco, Texas to be closer to their relatives. Growing up in the city of Bellmead, the brunette loved to dance; not only did she take up jazz, but she also took ballet and tap lessons.

As a high school student, she participated in a number of extracurricular activities including dance, and cheerleadingーshe was even a member of student council. During that time, she also became heavily engrossed in tennis; an avid player, she even considered going professional at one pointーhowever that dream soon faded. When she was eighteen, Elizabeth took part in a music video for a local music group called, Hi-5, whom happened to be shooting in her city.

Following her high school graduation, she relocated to New York City where she began to work as a model; it brought her many countries all over the world including Australia, Japan, Italy and France. After a year of the travelling lifestyle, she settled down in Los Angeles, where she eventually signed with Ford’s Models. Having discovered an interest in acting, she hoped that her work as a model with the agency would lead her towards the show business. Wanting to further improve her chances, Elizabeth later began taking acting lessons from a number of different coaches. With much perseverance, she was ultimately able to secure an agent by the time she was in her early twenties. After attending several auditions, the aspiring actress eventually landed her first acting role in the comedy series, Arli$$ (1996)ーshe was twenty-three years old at the time. 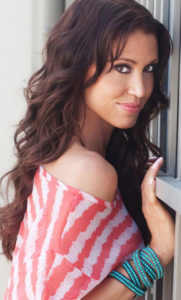 Later that same year, she was also cast as a minor character in the comedy show, Hang Time (1996). From there, she soon made her film debut in the action flick, Blast (1997); although her part was small and minor, it was nonetheless, her first time appearing on the big screen. Gradually receiving more parts, Elizabeth continued to appear on the small screen over the next few years in the series, USA High (1997), Step by Step (1997), Blade Squad (1998), and Pacific Blue (1998). However it wasn’t until 1999 that the actress received the breakthrough that she’d been waiting for all this timeーshe was cast as one of the major roles in the comedy flick, American Pie.

Directed by the brother pair Chris and Paul Weitz, the movie opened in theaters on July 9th, 1999. The first of the American Pie film series, it centered around a group of five close friends, who make a pact to lose their virginity by the end of their high school prom night. Upon its release, the movie was met with mixed reviews; while some critics praised it for its comedy, others panned for its unoriginal storyline. Despite this however, American Pie was a commercial success at the box office, grossing over $235 million from a $11 budget. Aside from Elizabeth, who played the part of Nadiaーan exchange student from Slovakia, the film also featured Alyson Hannigan, Jason Biggs, Natasha Lyonne, Chris Klein, Thomas Ian Nicholas and Tara Reid in the lead roles. In spite of its mediocre ratings, American Pie later spawned a charting soundtrack and even received a number of awards, including one from the Casting Society of America for “Best Casting for Feature Film.” For her performance in the filmーsomething that garnered her much attention as an up-and-coming actress at the timeーElizabeth was received an MTV Movie Award nomination for “Breakthrough Female Performance.” 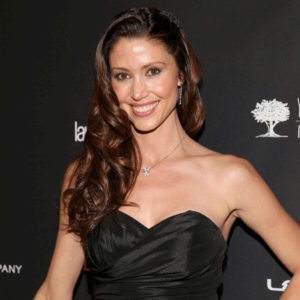 Shortly after the arrival of the new millennium, the actress landed yet another lead role in the horror comedy, Scary Movie (2000). A parody of the slasher and horror genre, it centred around a group of teens who are stalked by what appears to be, a serial killer, after having disposed the body of a man whom they’d accidentally killed a year prior.

Released in theatres on July 7th, 2000, Scary Movie ranked at number one and earned over $42 million over its opening weekend. Although some individuals criticized it for its crudity and grossness, it went on to be a huge commercial successーhaving grossed over $278 million altogether worldwide. In the film, Elizabeth played the part of Buffy Gilmore, one of the five friends; aside from the actress, Scary Movie also starred Anna Faris, Regina Hall, Jon Abrahams, Carmen Electra, Kurt Fuller, amongst others.

The next year, Elizabeth reprised her role as Nadia in the comedy, American Pie 2 (2001). A spinoff of the original film, it picks up from where the last movie left off, following the five friends  as they reunite for a party during the summer break of their first college year. Much like its predecessor, American Pie 2 was a huge box office hit; it grossed over $145 million alone in the United States and another $142 million overseas, for a combined earnings of over $287 million. Commended for being as decent as the first by fans of the original film, its comedic elements earned it many laughs from both viewers and critics alike. Although it currently holds a mediocre rating of 6.4/10 on IMDb, the movie received many awards including an ASCAP Film and Television Music Award, an MTV Movie Award, a Canadian Comedy Award, and three Teen Choice Awards. For her portrayal of Nadia in the spin-off, Elizabeth also earned a Hollywood Film Award for “Breakthrough Female Performance” later that year.

Throughout the rest of the 2000’s, the actress continued to appear in a number of films including Jay and Silent Bob Strikes Back (2001), Survivin’ the Island (2002), Love Actually (2003), Johnson Family Vacation (2004), Cursed (2005), and The Grand (2007). After a few years, Elizabeth eventually returned to the spotlight in the horror flick, Night of the Demons (2009). Directed by Adam Gierasch, it centred around a group of kids who find themselves facing off against demons at a Halloween party. In the film, Elizabeth portrayed the lead role of Angela Feld, one of the hosts of the party; other featured cast members include Monica Keena, Diora Baird, Michael Copon and Bobbi Sue Luther. Although Night of the Demons was originally set for a theatrical release in October 2009, it was eventually announced that it would be released straight-to-DVD. While the movie received mostly negative reviews from critics, ratings from general viewers did tend to be slightly more positive.

Fast forwarding a few years, Elizabeth starred in the 2014 crime action film, The Outsider alongside Craig Fairbrass, James Caan, Jason Patric and Melissa Ordway. Released on February 7th, 2014, it followed a military contractor named Lex Walker as he investigates the truth behind his daughter’s alleged death. While Craig Fairbrassーthe actor who’s also behind the story of filmー played the part of Lex, the actress portrayed the character of Margo, a sexy barmaid hired to help the former find his daughter.

Since then, Elizabeth has also taken part in the movie, Marshall’s Miracle (2015), which was released in the summer of 2015. In terms of television, some of her largest roles include that of Brooke from That ’70’s Show (2003) and Tiffany Sherwood from Cuts (2005); most of her work as an actress had been in film.

Although it’s still under production, the actress has been chosen to star in an upcoming romance drama film called, Swing Away (2017). Directed by Michael A. Nickles, it will depict the story of professional golfer named Zoe Papadopoulosーwho will be portrayed by none other than Elizabeth herself. Aside from her, the movie will also star John O’Hurley, Karl Theobald and Manos Gavras. According to what’s been released, Swing Away is currently set for a March 2017 release.

In terms of recently released projects, Elizabeth starred in the film, Gibby this past summer. Featuring Crystal the Monkey, Peyton Meyer and Shelby Lyon, it revolved around a teenage girl who has difficulty overcoming the death of her motherー that is, until she is tasked to babysit her science teacher’s pet monkey.