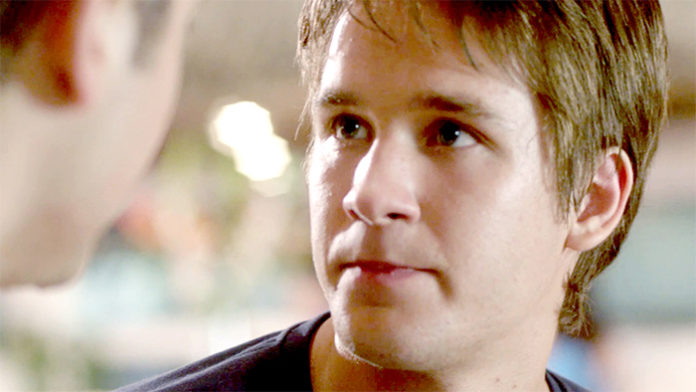 Devon Wekheiser is an American actor who is best-known for playing the part of Ned Bigby in the Nickelodeon sitcom, Ned’s Declassified School Survival Guide. Showing an early aptitude for acting and performing, he dazzled his parents with a near-perfect Jim Carrey impersonation when he was six years old. Noticing their son’s natural talents, they eventually enrolled him in acting lessons at Atlanta’s Talent Factory, where he took part in a number of plays including Halloween at Boo Castle and The Emperor’s New Clothes. After a few years of training, Wekheiser landed his professional role in a NBC commercial where he starred alongside Charles Barkley. By the time he was ten, he had made his film debut in the action drama, We Were Soldiers (2002). From there, it wasn’t long until he appeared on television for the first time in the series, That Was Then (2002). Continuing to take part in various auditions, Wekheiser later appeared in the TV film, Recipe for Disaster (2003) the following year.

Two years after breaking out into the show business, Wekheiser received the big break that he’d been waiting for when he was cast as the main protagonist in the Nickelodeon sitcom, Ned’s Declassified School Survival Guide (2004). Extremely popular amongst tween viewers, the series was just what the actor had needed in order to propel himself into celebrity stardom. To this date, his role as Ned Bigby remains to be one of his best remembered portrayals on television. For his performance as Ned, Wekheiser received two Young Artist Award nominations for “Best Performance in a TV Series – Leading Young Actor” in both 2007 and 2008. Following the end of the series, the actor returned to the spotlight for a starring role in the made-for-television film, Shredderman Rules (2007). Once again praised for his acting, it garnered Wekheiser yet another Young Artist Award nomination for “Best Performance in a TV Movie” in 2008.

Unbeknownst to some, acting is not the only thing that Wekheiser shows remarkable talent inーhe also demonstrates a natural flair for singing. In the spring of 2010, he released his first single entitled, If Eyes Could Speak on iTunes; the accompanying music video was later made available via Youtube in June 2010. Shortly afterwards, he followed-up with a second single, Sparks Will Fly in July 2010. Continuing to work on his music in between his acting, he eventually released his first EP, I Am in June 2013; his second EP, Here and Now was released two years later in June 2015. Although he hasn’t released a full-length album quite yet, he did go on to treat his fans with a stripped version of Stuck on the Ground, earlier this January.

So what has the actor/singer been up to as of late? Has he been focusing more of his attention on music or acting? What happened to Devon Wekheiser? Where is he now in 2018? 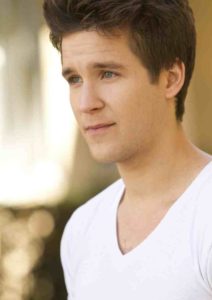 Born on March 8, 1991, in Atlanta, Georgia, Devon Werkheiser is the son of Valerie and Gary Werkheiser. Raised around the area of Johns Creek, his parents first realized his acting potential when he performed a convincing impersonation of Jim Carrey at the age of six. Wanting to help hone his talents, they eventually enrolled him in acting lessons at the Talent Factoryーit was there that he participated in various plays such as Halloween at Boo Castle and The Emperor’s New Clothes.

Although performing was something that played a large part in his life growing up, Wekheiser also enjoyed other activities such as playing the guitar and ice hockey in his free time. After several years of training, the aspiring actor landed his first professional role in a NBC commercial alongside Charles Barkley.

By the time he was ten, he made his film debut in the war drama film, We Were Soldiers (2002), where he got to work with award-winning director, Randall Wallace. Wanting to further pursue his acting career, he later moved to Hollywood with his mother the following year. After settling down in the new city, he landed a supporting role in the comedy TV film, Recipe for Disaster where he played the on-screen brother of actress, Margo Harshman. However, it wasn’t until 2004ーwhen he was thirteen years oldーthat he received the biggest break in his career; as luck would have it, he had been chosen to star as the lead protagonist in Nickelodeon’s new sitcom, Ned’s Declassified School Survival Guide (2004). His first major role on television, it did wonders at catapulting the young actor into fame. 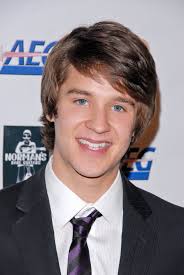 Created by Scott Fellows, the pilot episode premiered on the Nickelodeon Channel on September, 7th 2004. Starring Werkheiser as Nick Bigby, the live-action sitcom centered around the teen as he offers viewers with advice on how to survive through middle school. Upon its premiere on television, the series received a 4.5 rating and attracted over 914,000 young viewers. Praised for its “unpredictable twists”, Ned’s Declassified School Survival Guide was met with generally positive reviews from critics.

Aside from Werkheiser, who played the role of Ned, the show also starred Lindsey Shaw, Daniel Curtis Lee, Jim J. Bullock and Daran Norris. For his portrayal of the lead character, the young actor received two Young Artist Awards for “Best Performance in a TV Series (Comedy or Drama) – Leading Young Actor.” Although there were initial plans for a proposed spin-off, it never came to be as the original producers and creators were committed to other projects at the time. Ned’s Declassified School Survival Guide ultimately continued for three seasons (spanning over 50 episodes) prior to its end in June 2007.

Following his time on the Nickelodeon sitcom, Werkheiser returned to the screens in the television film, Shredderman Rules (2007). Based on a set of books of the same name, it originally aired on June 9th, 2007 and was successful at attracting close to four million viewers during its debut. The first Nickelodeon Original Movie, it revolved around a shy ninth grader named Nolan Byrd, who after getting bullied in his class, uses his knack for technology to catch the bully in action. Written by Russell Marcus, Shredderman Rules‘ cast list also featured Dan Roebuck, Andrew Caldwell, Tim Meadows, Dave Coulier and Mindy Sterling. His first lead role after the success of Ned’s Declassified School Survival Guide, it earned Werkheiser a Young Artist Award for the category of “Best Performance in a TV Movie, Mini series or Special – Leading Young Actor” in 2008.

The next year, the actor starred in the teen comedy film, The First Time (2009)ーit was his first time  on the big screen since We Were Soldiers back in 2002. Adapted from the novel, Love at First Hiccup by author Dennis Jurgensen, it centered around a high school freshman, who falls in love with a popular senior named Anya; they eventually learn how to overcome various “hiccups” throughout the course of the film. Although The First Time was not released in theatres in the United States, it was shown in theatres in other countries around the world. Later available on DVD in November 2010, the movie featured an opening song performed by Kimberly Cole and Sandy Simmons; the song played during the ending credits on the other hand, was none other than Werkheiser’s first single called, If Eyes Could Speak. In the film, the actor played the part of Victor Knudsenーthe high school freshman, while actress Scout Taylor Compton portrayed the role of his on-screen love interest, Anya Benton; other cast members include Tania Verafield, Ken Luckey, Nichloas Braun, Adam J. Bernstein, and Sean Marquette. 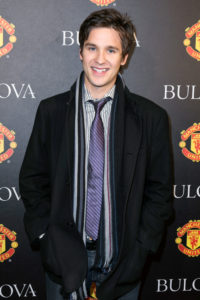 From there, Werkheiser also appeared in The Prankster (2010), and Marmaduke (2010)ーthe last of which was also his first voice-over role in a film. In 2011, he was cast as a recurring character in the ABC comedy drama series, Greek. Created by Patrick Sean Smith, it followed the lives of a group of students at the fictitious Cyprus Rhodes University in Ohio; the show’s main characters include Rusty Cartwright (played by Jacob Zachar), Casey Cartwright (played by Spencer Gramer), Cappie (played by Scott Michael Foster), Evan Chambers (played by Jake McDorman), and various others.

In the series, Werkheister portrayed the part of Peter Parkesーa student who first appears during the second episode of the fourth season; he later goes on to appear in various other episodes throughout the season. After a four year run, Greek ended on March 7th, 2011.

Going back to film, the actor starred in the independent horror flick, The Wicked in 2013. Released in theatres in the United States that April, it depicted the story of a group of teens, who get more than what had bargained for after testing the local myth of an evil witch. Filmed in the city of Detroit, it featured Werkheister as Max Reese, the movie’s main protagonist; aside from the actor, it also starred Justin Deeley and Nicole Forester. Although it was panned by critics for “being too cliche”, it received a positive review from DVD Verdict. At the end of its theatrical run, The Wicked had grossed over $2.3 million at the box officeーwhich is close to double that of its production budget.

In 2014, he starred in yet another psychological thriller called California Scheming, which was written and directed by Marco Weber. Officially released on January 31st, 2014, it revolved around a seductress who attracts three teenage boys into her devious scheme; the consequences that follow later prove to be dire. Produced by Rapid Eye Films, it starred actress Gia Mantegna as Chloe Vandersteen, the seductress, and also featured Spencer Daniels, Rachel Seiferth, Claudia Christian, and Chad Lowe; Werkheiser played the role of Nick Behrle, one of the three teen boys. Despite its interesting premise however, California Scheming was met with overwhelmingly negative reviews and currently holds an approval rating of only 9% on Rotten Tomatoes.

Going back to focus more on films, Werkheiser has been filming for a drama movie called Veracruz. Currently still in the post-production stages, it will feature the actor in the leading role of Joey. Written and directed by Joel Souza, it will also star Jared Abrahamson, Veronica Lavery, Michelle Way, Meinhard St. John and Barbara Jean Barrielle.

Aside from that, he will also be making an appearance in the upcoming comedy flick, Where’s the Money. Directed by Scott Zabielski, the movie will be starring Kat Graham, Terry Crews, Logan Paul and Method Man; in it, Werkheiser will be playing a supporting character named Brock.