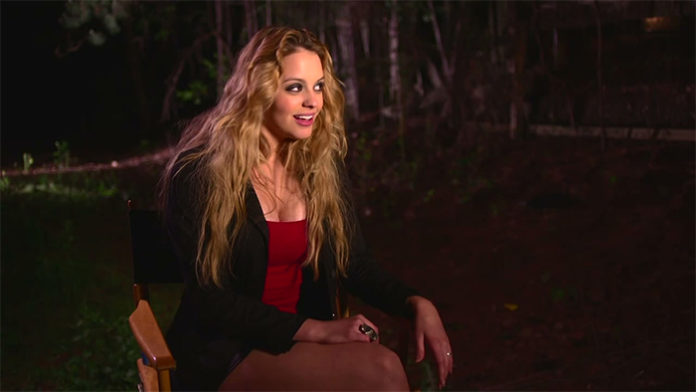 Gage Golightly is an American actress who is best known for playing Hayley Steele in the Nickelodeon comedy, The Troop. Having developed a passion for the performing arts ever since she was a young girl, she began acting in front of the cameras at the tender age of nine. Golightly made her debut in the drama film, Speakeasy in 2002; although it was a small role, it helped get her feet wet in the industry. Continuing to pursue her dreams of becoming an actress, she guest-starred in a short called, The Vest (2003) and a made-for-television film entitled, A Carol Christmas (2003) the following year. Gradually offered more roles, she landed her first recurring part in the drama mini-series, 5ive Days to Midnight (2004) when she was twelve years old. From there, she also appeared in a handful of TV films including Sudbury (2004), The Long Shot (2004), and Don’t Ask (2005). While Golightly started her career early however, it wasn’t until 2009 that she received a big break when she was cast as a lead character in the live-action comedy, The Troop (2009).

Proving to be a hit amongst younger viewers, the Nickelodeon series effortlessly catapulted the blonde into celebrity stardom. Although her time on the show wrapped up back in 2011, it remains to be one of Golighty’s most remembered roles on television. After starring in The Troop, she made several guest appearances in True Jackson VP (2010), Big Time Rush (2011), and Growing Up Normal (2011). Later in 2011, she also landed recurring roles in The CW series, Ringer and in the MTV drama, Teen Wolf. Following a decade-long break from film, Golightly eventually returned to the big screen in the action movie, Gone Missing in 2013ーit was her first film appearance since Speakeasy back in 2002. Since then, she has also starred in the supernatural horror, Exeter in 2015 alongside Stephen Lang, Kelly Blatz, Brittany Curran and Brett Dier.

Despite being only twenty-three years old, Golightly has appeared in over twenty different television series and films over the yearsーfrom the early 2000’s to the present, the blonde has evolved from a talented child star to a stunning actress on-screen. Just on social media (e.g. Facebook, Instagram, Twitter), she has over 200,000 dedicated fansーthat number speaks volumes about her popularity. Aside from live-action actingーher passion and love ever since she was a young girlーshe has been featured in a number of TV specials throughout her career including 78th Annual Hollywood Christmas Parade (2009), Cheers 2 That! (2014), IMDb on the Scene (2015), Exeter: Behind the Blood (2015), and more recently, Home & Family (2016).

So what has the former child star of The Troop fame been up to these recent years? What are some of her latest films and television projects? Is she still active within the entertainment industry? What happened to Gage Golightly? Where is she now in 2018?

Gage Golightly’s Childhood and Early Entry into the Show Business 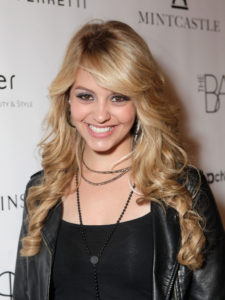 Born on September 5th, 1993, in the city of California, Gage Golightly is the youngest out of four siblingsーshe has two older brothers and an older sister. The daughter of a pair of medical professionals (her mother was a nurse, her father was a doctor), she was also encouraged to pursue medicine by her parents growing up. Despite this however, Golightly had always much preferred the performing arts; even as a young girl, she loved to dance and perform in the house.

Known to be the “stylish one” in the family, the blonde had always had a thing for make-up; on top of that, she also loved being up-to-date with the  latest trends in fashion. As a teen, she attended the private, all-girls catholic high school, Flintridge Sacred Heart Academy in her native California. During her years as a student, she was known for carpooling to school with her close friends. Incredibly close to her older brother George, Golightly also often helped out in his pizza parlour during her teenage years.

With her eyes set on becoming an actress, Golightly began attending various auditions when she was still a grade schooler. With a little bit of luck, she eventually landed a part in the drama film, Speakeasy (2002) when she was only nine years old. Although her role was small and minor, it ultimately served to get her foot in the door as a budding child actress. In 2003, she was offered a role in a film short called, The Vest (2003), where she had the opportunity to work with actors Enrico Colantoni, Skye McCole Bartusiak and Kellie Waymire. Later that same year, she made a guest-starred in the holiday comedy, A Carol Christmas (2003), playing the part of a younger version of the lead character in a series of flashbacks.

Gage Golightly’s Career as an Actress 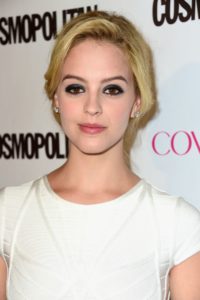 After a couple of years in the show business, Golightly slowly began to receive more roles on television. When she was eleven years old, she landed her first recurring part in the TV mini-series, 5ive Days to Midnight (2004). Directed by Michael W. Watkins, the five-part series premiered on the Sci Fi Channel on June 7th, 2004.

Starring Timothy Hutton, Randy Quaid, Kari Matchett and Hamish Linklater, it revolved around a physics professor named J.T. Neumeyers who finds documents in a briefcase about his forthcoming deathーthat he will die in five days. Met with mostly positive reviews upon its release, 5ive Days to Midnight ran for a total of four days and spanned five hours altogether. In the series, Golightly played the part of Jesse Neumeyerーthe professor’s daughter who finds said futuristic briefcase in the first episode.

Shortly afterwards, the young actress appeared in the Hallmark Channel Original Movie, The Long Shot (2004). Starring Julie Benz and Marsha Mason, the drama film centres around a mother and daughter pair, who must try to rebuild their lives in California, after the husband abandons the family. Originally premiered on April 18th, 2004 on the small screen, it was a fairly successful hit; not long after its debut, it managed to reach number one, ranking above all of the other cable original movies at the time. While actress Julie Benz portrayed the part of Annie Garrett, the young mother in the film, Golightly played the role of Taylor Garrett, her seven-year-old daughter. Generally met with favourable reviews, The Long Shot currently holds a 6.5 rating on IMDb.

Over the next few years, Golightly made a few guest appearances in the TV films Don’t Ask (2005), The Suite Life of Zack & Cody (2006), and Brothers & Sisters (2006). At the age of fourteenーfive years after her debutーshe landed her first major role on television in the TNT drama, Heartland (2007). Created by David Hollander, it followed the life of Dr. Nathaniel Grantーa renowned heart surgeon who finds himself struggling to balance his personal life with his work at the hospital. Premiered on the network in June 2007, it starred Treat Williams, Danielle Nicolet, Morena Baccarin, and Kari Matchett, amongst others; in the series, the actress played the part of Thea Grant, Dr. Grant’s daughter. Produced by Warner Horizon, Heartland continued for nine episodes and eventually came to an end in August 2007; it was later cancelled by TNT due to low viewership.

In 2009, the actress received the biggest break of her career when she was cast as one of the lead roles in the live-action comedy, The Troop. Created and produced by Christ Morgan, Max Burnett, and Greg Coolidge, the series premiered on the Nickelodeon Channel on September 12th, 2009. Targeted towards teen audiences, The Troop centered around a group of kidsー”The Troop”ーa secret society that helps to protect the world from creatures and monsters. In the comedy, Golightly starred as Hayley Steele; the friendliest, and most popular girl in school who also does ballet, cheerleading and lacrosse. Aside from the actress, the Nickelodeon series also featured actors Nicholas Purcell, David Del Rio, Matt Shively, Malese Jow and John Marshall Jones. Filmed in Vancouver, British Columbia, the show was considered a success; it received various awards during its air including two Writers Guild of America Awards and a Leo Award. In total, The Troop ran for two seasons, spanning over 40 episodes, before concluding in May 2013.

A few years afterwards in 2011, Golightly was cast as a recurring character in the television series, Ringer. Starring Sarah Michele Gellar, Kristoffer Polanha, Ioan Gruffudd and Mike Coiter, it centered around a recovering drug addict named Bridget Kelly who is on the run after having agreed to testify against her employerーwho also happened to be a local crime boss. Met with mixed to positive reviews from critics, Ringer attracted close to three million viewers during its pilot episode. The winner of a Critics’ Choice Television Award for “Most Exciting New Series”, it featured Golightly as Tessa Bannerーa character who first made her appearance in the sixth episode of the first season.

That same year, the actress also appeared as a supporting character in the MTV drama series, Teen Wolf (2011). Based loosely on a 80’s film of the same name, it revolved around a social outcast named Scott McCall, who after being bit by a werewolf, finds himself struggling to cope with the different changes in his life. Originally premiered on June 5th, 2011, Teen Wolf was positively received upon its release; to date, it remains to be a fan favourite amongst teenagers on social media. Developed by Jeff Davis, the series starred Tyler Posey, Crystal Reed, Dylan O’Brien, Tyler Hoechlin and Holland Roden. In the show, Golightly portrayed the character of Erica Reyesーthe series’ first female werewolf; she made her debut in the third episode of the second season.

Since its pilot episode, Teen Wolf has continued for several seasons; in January 2016, the latter half of season five airedーit eventually ended in March 2016. More recently, the sixth season aired on November 15th, 2016; it was later announced by the show’s cast at Comic Con that it would also be the series’ last and final season. Possibly the most popular series which Golightly has been apart of, Teen Wolf received numerous awards including eleven Teen Choice Awards, three Saturn Awards, an ALMA Award, a Young Hollywood Awards, amongst many others.

This year, Golightly has been reprising his role as Karen in the comedy web series, Red Oaks (2015). Originally released via Amazon Video on October 9th, 2015, it follows the life of a young tennis player at the prestigious Red Oaks Country Club during the summer of the 1980s’. Created by Joe Gangemi and Gregory Jacobs, it also stars Craig Roberts, Ennis Esmer, Jennifer Grey, Richard Kind and Paul Reiser. After the end of the first season in October 2015, the second season was released on November 11th, 2016.

Aside from that, it’s also been announced that the actress will be starring in an upcoming comedy film called Step Sisters (2017). Written by Chuck Hayward, it will feature Eden Sher, Alessandra Torresani, Maglyn Echikunwoke, and Matt McGorry, amongst others. Finished filming as of November 2016, the movie is currently in the post-production stages and is set to be released sometime in early 2017.