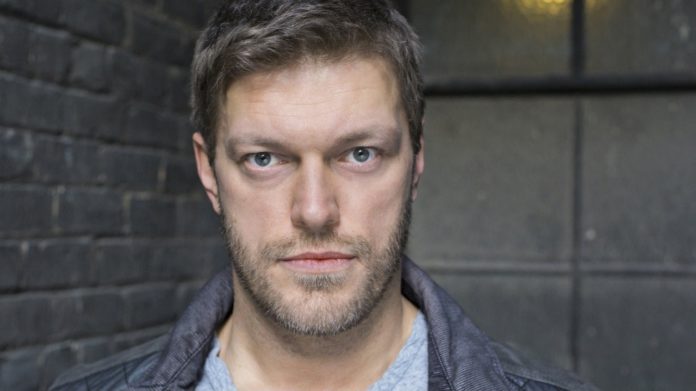 Edge is one of the many superstars in the WWE whose decade-long career was marked with multiple championship reigns, epic rivalries, and a sudden end.

Before we take a look at the latest about Edge, let’s first revisit his humble beginnings in the squared circle and how the Rated R Superstar came to be.

Adam Joseph “Edge” Copeland was born in the town of Orangeville in Ontario, Canada, on October 30, 1973. He grew up under the care of his mother Judy as his father bolted even before he was born, and with his uncles and grandparents. At nine years of age Edge got his first exposure to wrestling after witnessing Hulk Hogan on the television and he was glued to the sport, watching the World Wrestling Entertainment (WWE, formerly WWF) and Canadian wrestling promotions until his mother (who also watched alongside the young Edge) surprised him with tickets to a live WWE show.

Edge attended Princess Elizabeth Public School where he met Jason Reso, better known as the wrestler Christian, and became partners in crime. Whenever small-time independent wrestling shows appeared in Orangeville the duo helped set up chairs and the ring. After an incident of bullying in high school Edge decided to pump iron and Christian joined him in the gym and at the local boxing club. He met a few more likeminded friends and together they were known as the Getalong Gang, training in the gym on a daily basis and watching pay-per-view shows of the WWE.

During this time the Canadian newspaper Toronto Star had a weekly wrestling column that gave out WWE tickets as a reward for answering trivia questions. Edge joined one of their contests where he wrote an essay that detailed why he wanted to be in the ring, and the reward was free training under the tutelage of Ron Hutchinson and Sweet Daddy Siki.

Fortune smiled upon Edge as Sweet Daddy Siki himself called the aspiring wrestler for the contest’s final stage at Sully’s Gym in Toronto. Edge passed the test and began training with a growing number of classmates in a not-so-friendly environment with a low ceiling decked with exposed pipes and a small ring, but it actually helped Edge hone his technical wrestling skills. His first match came in July 01, 1992 at Toronto’s Monarch Park where a Canada Day celebration took place. Later on he was forced to work in factories and in a bikini shop for financial support and to help his mother with the bills. Edge also obtained a radio broadcasting degree in Humber College.

In 1993 Edge had his first television exposure under the moniker Adam Impact (one of his many early names) in the Winnipeg-based promotion IWA Wrestling. Edge spent most of the early 90s in various independent wrestling promotions in both Canada and the United States, teaming up with Christian to form Hard Impact and The Suicide Blondes.

In 1996 during a match in Ajax, Ontario, Edge caught the eye of Carl DeMarco, the business manager of wrestler Bret Hart who later on became president of WWE Canada. DeMarco called Edge and had him on a match against Bob Holly (who was known as Spark Plug during that time) in Hamilton, Ontario. Edge introduced himself as Sexton Hardcastle and put on a match that earned him praise from bigwigs like Jake “The Snake” Roberts and Ultimate Warrior.

While he was on a wrestling tour for an ICW that same year Edge received a call from DeMarco with summons to New York. There Edge was greeted by a developmental deal from Jim Ross with a weekly stipend of $210.

Edge in the WWE

Edge initially participated in a training camp ran by Dory Funk Jr. and Tom Pritchard. He was also saddled with the character Edge the “tortured soul”. He made his television debut in 1998 and faced Jose Estrada Jr., which did not end well as Edge’s somersault knocked Estrada out and led to an end to his career shortly afterwards. Edge’s first pay-per-view appearance was in Summerslam in 1998 where he teamed up with Sable, and later he joined Christian and Gangrel as a trio of “vampires” known as The Brood.

In 1999 Edge snagged his first Intercontinental Championship belt, and in 2000 he won the Tag Team Championship with Christian. The duo played heel (villainous) characters and held the title for multiple reigns before breaking up and locking horns in different occasions. The early years of the new decade had Edge on feuds with wrestlers such as William Regal, Kurt Angle, and Booker T.

During WrestleMania 21 in 2005 Edge emerged victorious in the first Money in the Bank match in WWE history. During the same year Edge adopted the moniker “Rated R Superstar” and started The Cutting Edge which became his long-running talk show segment. 2006 started with Edge’s first WWE Championship reign after cashing in his Money in the Bank contract to snatch the title away from John Cena at New Year’s Revolution, but Cena won it back three weeks later at Royal Rumble.

In 2009 during The Bash, Edge won his twelfth Tag Team Championship but a few weeks later he was forced to vacate the title after an injury that put him out of action for almost a year, making his partner Chris Jericho choose Big Show as the new half of the championship thanks to a loophole in the contract. Edge returned the following year at the Royal Rumble which he won for the first time ever in his career. Before the year ended Edge won his sixth World Heavyweight Championship at the TLC: Tables, Ladders & Chairs pay-per-view, and in 2011 he had his seventh reign after retaining the title from Dolph Ziggler.

Edge in Acting and Retirement

Edge had his film debut in the 2000 fantasy flick Highlander: Endgame but only in a cameo. In 2011 he appeared in an episode of the sci-fi series Sanctuary, and became part of the regular cast of Haven from its second to fifth season. He paired with comedian Jamie Kennedy for the lead role in the 2012 comedy Bending the Rules. In 2015 he was cast as the villainous Atom-Smasher in the second season premiere of The Flash.

At Wrestlemania XXVII Edge successfully defended the World Heavyweight Championship from Alberto Del Rio. On April 11, 2011, Edge revealed that his title defense was his final televised match as he was no longer cleared to compete due to cervical spinal stenosis, and his condition could turn for the worse if he chose to continue his career.

A few days later on Smackdown Edge retired as champion and relinquished the belt. He was present when Christian won the belt at Extreme Rules the following month, and at Summerslam but he walked out in disappointment towards Christian’s dirty tactics. On September 16, 2011, during a Smackdown episode in Toronto, the roster celebrated Edge’s career with an off-air Edge Appreciation Night (you can watch this on YouTube).

The next year Edge was inducted by Christian into WWE’s Hall of Fame. His contract with the company officially expired a month later. Edge appeared in a few more The Cutting Edge segments, and even hosted the December 29, 2014 Raw episode with Christian.

Edge starred in the thriller film Interrogation with wrestler C.J. Perry, or you may know her as Rusev’s wife Lana. He also guest starred in the Canadian comedy series Private Eyes and in the children’s series Bookaboo. Last August 21 Edge and Christian held a Q&A and autograph signing event at Caroline’s on Broadway in New York.

Edge and Christian are currently hosting the WWE Network variety show The Edge and Christian Show That Totally Reeks of Awesomeness. He is also set to appear as Ketill Flatnose at the upcoming fifth season of Vikings.

Edge returned to the ring last November 15 for a segment of The Cutting Edge featuring Team Smackdown prior to Survivor Series and the surprise return of The Undertaker.

On October 30 Edge married Elizabeth Kocianski, or Beth Phoenix. Their first daughter Lyric Rose was born on December 12, 2013 and they welcomed their second baby girl Ruby Ever last May 31.