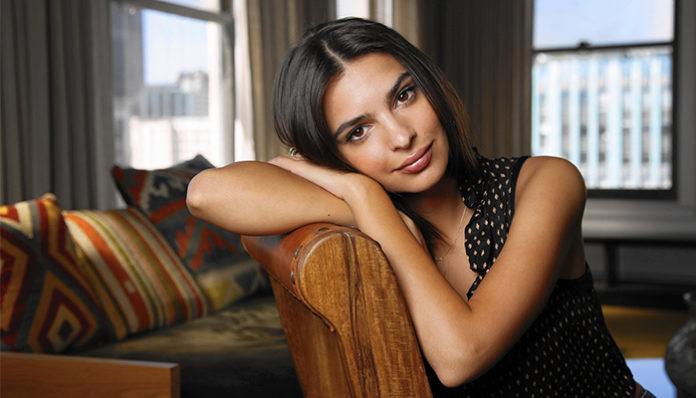 Emily Ratajkowski is an American model who rose to fame after starring in Robin Thicke’s music video, Blurred Lines in 2013. Obsessed with theatre as a child, she began acting and putting on shows for her family at a young age. Whilst attending Solana Beach’s North Coast Repertory Theatre School, she received her first formal role in an adaption of the classic story, The Little Match Girl. After appearing in several of local productions, she eventually met and signed with a talent agent from Ford Models with encouragement from her acting coach. By the time she was fourteen, she had modelled for a number of retail catalogues including those for Nordstrom and Kohl’s. Although she made a minor role in the drama film, A Year and a Day back in 2005, it wasn’t until 2009 that she was offered a larger role in the Nickelodeon teen sitcom, iCarly. Despite this, she was later told by her manager not to pursue additional acting projects until she’d be able to be more selective.

Although mostly known for her role as Tasha in iCarly (2009), Emily has also appeared a small handful of films including Gone Girl (2014), Entourage (2015), and We Are Your Friends (2015), the last of which featured her in a starring role alongside actors Zac Efron and Wes Bentley. That same year, the brunette also played the part of a recurring character in the comedy mini-series, The Spoils Before Dying (2015). In spite of her on-screen appearances however, it wasn’t television nor film that propelled her into stardomーinstead, it was a music video. In 2013, she starred in R&B artist Robin Thicke’s music video Blurred Lines, a role which ultimately garnered her much notoriety. Shortly after the release of the MV, she was listed as one of the “20 Hottest Sex Symbols” by Rolling Stone Magazine, and was also named as “Woman of the Year” by Esquire Magazine. She has since starred in two other MVs including Maroon 5’s Love Somebody and Dima Bilan’s Inseparable.

An experienced model, Emily has appeared in a wide range of advertisements from high fashion catalogues to art-house erotica. In fact, it was her appearing on the cover of the erotic magazine treats! in 2012 that ultimately led her to being offered the role in Robin Thicke’s music video. A professional runway model, she modelled for the American fashion label, Marc Jacobs during the New York Fashion Week in 2015 and has since also walked for the renowned Italian brand, Miu Miu at Paris’ Fashion Week. Aside from being a self-proclaimed feminist, the brunette is also a women’s health advocate and have acted as a spokesperson for Planned Parenthood.

So what has the actress and model been up to these recent years? What new projects and endeavours have she taken on lately? What happened to Emily Ratajkowski? Where is she now in 2018? 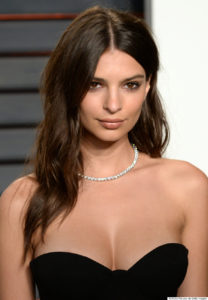 Born on June 7, 1991, in London, England, Emily O’Hara Ratajkowski is the daughter of John David and Kathleen Balgey Ratajkowskiーher parents had met while they were both teaching at San Dieguito Academy. As a young girl, Emily spent her first few years in Bloomsbury and West Kensington before moving to the San Diego area with her family when she was five years old. Raised in an ocean-side home in Encinitas, she developed an interest in acting at an early ageーshe recalled having acted and put on plays for her parents while she was a grade schooler.

Noticing their daughter’s natural talents, her parents soon enrolled her in acting classes at the North Coast Repertory Theatre School; it was there that she received her first formal role in a production of The Little Match Girl, playing the part of Elsa. When she was thirteen years old, she participated in Harriet Potter and the Throne of Applewort at the Lyceum Theatre, where she portrayed the role of Harriet.

Aside from acting, Emily also dabbled in ballet, and soccer whilst she was growing up. Of Irish, Polish and Jewish descent, she also traveled through different parts of Europe during her youth years, particularly to the Spanish Island of Mallorca and the Irish town of Bantry, where she stayed for extended periods. While she was in Europe, she also often visited nude beaches with her family; that along with her father’s work around the nude female figure as an artist had helped her feel comfortable with the naked bodyーsomething which she has credited to having helped with preparing her for her future work. Raised by a mother whom she has described to be an “intellectual feminist”, it’s also not surprising that Emily has grown to adopt similar views around feminism. 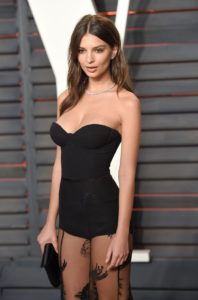 After participating in a few local theatre productions, she was approached by a talent agent from Ford Models. With encouragement from her acting coach at the time, she eventually signed with the companyーshe was fourteen years old. From there, she began modelling for various teen catalogues including those for Nordstrom and Kohl’s. Wanting also to involve herself in acting, she soon got involved in a number of auditions. Although it was a small part, she later made her film debut in A Year and a Day in 2005. However it wasn’t until 2009 that she received her first recurring role as an actress in the teen sitcom, iCarly.

Originally premiered on the Nickelodeon Network in September 2007, iCarly centred around a teen girl named Carly Shay, who with the help of her best friends Freddie Benson and Sam Puckett, creates her own web series called “iCarly.” Nominated for five Primetime Emmy Awards, it starred Miranda Cosgrove, Nathan Kress, Jennette McCurdy, Jerry TRainor and Noah Munck in its lead roles. Although the sitcom received mixed reviews from critics during its run, it was well received by fans; in fact, it garnered over 11 million viewers at one point during the third season. Popular amongst teen viewers, iCarly continued for five years, prior to ending in November 2012 after over 100 episodes. As an actress, Emily first appeared in the series in the third episode of the third season entitled, iSpeed Date where she played the part of a girl named Tasha; she later reappeared in iEnrage Gibbyーthe eleventh episode of the third season. Although she didn’t play a title character per se, her portrayal of Tasha remains to be one of her most remembered roles on television.

Transitioning back to modelling, Emily began shooting for various fashion editorials in the early 2010’s. In the spring of 2012, she appeared on the covers of treats!, a well-known artistic erotica magazineーshe would later credit those works as to having brought her her future high-profile MV roles. Later that same year, she starred in a couple of television commercials for Carl’s Jrs. and Nikon and also engaged in nude modelling, including a shoot which she did with Jonathan Leder. That November, she was also cast in Taoi Cruz’s Fast Car MVーwhich served as her first time starring in a music video. 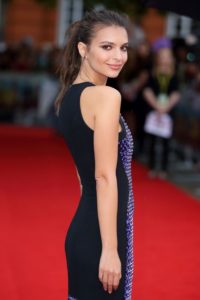 In 2013, Emily starred in Blurred Linesーan music video for Robin Thicke and Pharrell William’s song of the same name. According to the former, he had seen the model on the cover of treats! magazine and, dazzled by her beauty, had persuaded his director Diane Martel, to cast her in his upcoming video. Although the brunette initially declined the offer, fearing that people would start viewing her as an MV model, she was later convinced otherwise by Martel. Originally released in March 20, 2013, Blurred Lines was successful at garnering the brunette fame and notoriety; however it also sparked much controversy. For some, the video was perceived as being sexist for its “degradation of women”, others felt that the song’s lyrics positively promoted rape.

Despite that however, Emily has stated herself that she does not believe the MV to be sexist in nature. According to the model, she had been given an opportunity to “say the things that [she] felt about feminism today” in the video. Contrary to popular belief, she stated that she “did not feel objectified” and that she had thoroughly enjoyed performing sexually in the MV. Following the release of Blurred Lines, Emily’s popularity as both a model and sex symbol went up. Later that year, she was named as “Woman of the Year” by Esquire Magazine and listed as one of the “20 Hottest Sex Symbols” by Rolling Stone Magazine.

After a few year’s break from acting, Emily returned to the big screen in 2014 when she was cast as a character in the psychological thriller, Gone Girl. Adapted from an earlier novel of the same name, it depicted the story of Nick Dunne, a man who finds himself becoming the primary suspect in a possible crime after the mysterious disappearance of his wife. Critically acclaimed, the movie was a commercial success, grossing over $369 million from a $61 million budget. Amongst its cast list was Ben Affleck, Rosamund Pike, Neil Patrick Harris and Tyler Perry. In the film, Emily played the role of Andie Fitzgerald, Nick’s student and mistress.

The following year, the model starred in the movie We Are Your Friends (2015) alongside Wes Bentley and Zac Efron. Her first time playing a major role in a film, she portrayed the part of a personal assistant name Sophie. Released in August 28, 2015, We Are Your Friends was based loosely on the life of New York City DJ, Horizon Wireless; it followed the life of an aspiring DJ named Cole Carter who gets caught in between a forbidden romance. Upon its release, the film grossed $1.8 in its opening weekend and finished in fourteenth place at the box office. Although it was met with mixed reviews from criticsーsome panning it for being a “cliche coming-of-age story”ーit eventually grossed over $11 million throughout its theatrical run, rendering it a commercial success.

Later in 2015, Emily also appeared in the American comedy mini-series, The Spoils Before Dying.

What Happened to Emily Ratajkowski in 2018 – News and Updates

While her modelling career has kept her away from acting in the past, it looks like she will be returning for more roles on the big screen this upcoming year. According to her IMDb profile, Emily will be starring in an upcoming romance film entitled, Cruise (2016). Directed and written by Robert D. Siegel, the movie will depict the love story between a young Italian-American man and a Jewish Girl in 1980’s Long Island. Aside from the actress, who will be portraying the lead role of Jessica Weintraub, Cruise will also be starring Kathrine Narducci, Spencer Boldman, Sebastian Maniscalco, Noah Robbins and Lucas Salvagno, amongst others.

Aside from that, she’s currently also filming for a thriller called In Darkness. Starring Emily in the lead role, it will also feature Natalie Dormer, Ed Skrein, Joely Richardson, James Cosmo and Neil Maskell. It is currently set to be released sometime in 2017.