Neymar Net Worth – How Rich is The Football Star? 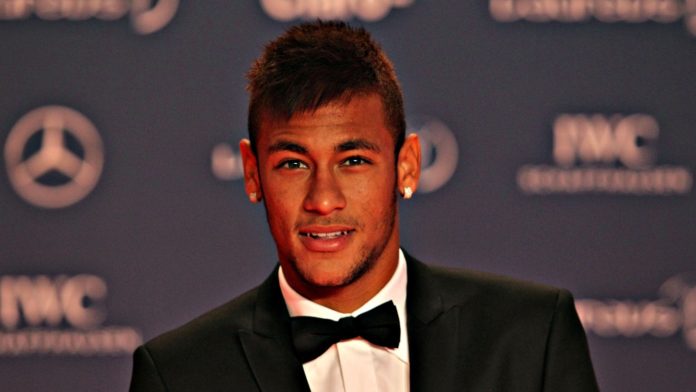 Neymar da Silva Santos Junior is one of Brazil’s most iconic professional football players, known for his consistency and record goals. Neymar started at a young age and has reached the apex of professional football, playing for FC Barcelona, as well as for his country in the Brazil national team. Like most football superstars, Neymar is worth a fortune. He has racked in a significant amount of money through his continuing career, which has allowed him to make some impressive acquisitions.

How much does Neymar make playing soccer?

The Brazilian footballer developed a passion for the sport early on in his life. At the age of 17, Neymar’s abilities were noticed by a local club, Santos FC. They offered him a contract and in 2003, he was inducted into their youth academy. Neymar inherited his name and skills from his father, who also played football. A well known quote by Neymar says the following about his father: “My father has been by my side since I was little. He takes care of things, my finances and my family.”

By the time Neymar’s teenage years were coming to an end, he was earning enough money for his family to purchase a new home. He started signing sponsorship deals and eventually a full professional contract. In the 2010 Campeonato Paulista, Neymar scored an impressive 14 goals in 19 games. His consistency and impressive results made him a highly desirable player. Popular English clubs such as West Ham United and Chelsea offered him a handsome 12 and 20 million euros respectively. But Neymar stayed true to his heritage and remained in Brazil, despite the fact that it would have been more beneficial for his career to move to England. 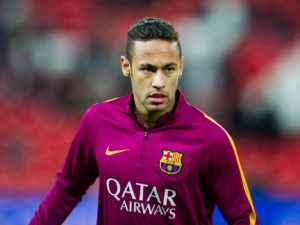 In 2013, Neymar announced his membership in major football club, Barcelona. While the financial side of things was kept confidential, the public was informed that this would be a five-year deal. When Neymar’s membership in the club was made public at the Camp Nou, it was a huge deal that had over 56 000 fans attend the ceremony. The Barcelona club vice-president then stated that the transfer fee for Neymar to join was around 57.1 million euros.

Neymar continued to receive offers from top clubs across Europe, but he struck a deal with Santos FC that had him remain a member of the club until after the 2014 Brazil World Cup. This reportedly increased his wages by 50%, which means he was being paid around the same amount of money that he would be paid by European clubs.  Neymar won the 2014 South American Footballer of the Year award for his efforts. This had him following in the footsteps of football legends to the likes of Diego Mardona, Pele and Zico.

As the 2015 season began, Neymar helped Barcelona rise to the top and scored multiple goals for the Spanish team throughout his career with them. Neymar ended the season with 39 goals, enough to give him the title of joint high scorer alongside Christiano Ronaldo and Lionel Messi. He ended up breaking the record and beating both players to top of the high scorer list. Barcelona had become an international dream team, with the attacking trio of Suarez, Messi and Neymar being dubbed “MSN.” The end result was a total of 122 goals, more than any other attacking trio in Spanish football history. Neymar almost won the 2015 FIFA Ballon d’Or, but came third to Messi and Ronaldo.

Neymar continued to impress his team and his fans, participating in events that saw him gain international fame and success. He even played for Brazil in the 2016 Summer Olympics, helping Brazil win their first Olympic gold medal for men’s football.

Neymar is currently said to be dating 21-year old Brazilian actress Bruna Marquezine. But like most international sports icons, Neymar has allegedly been in many other relationships with high-profile individuals. 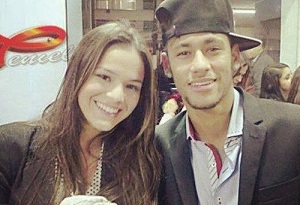 While most of these relationships are with Brazilian women that are lesser-known outside of their home country, Neymar is rumored to have dated American actress Chloe Grace Moretz some time in 2016. Neymar also dated Elizabeth Martinez in 2015 and Brazilian actress Daniela Carvalho in 2011. The Brazilian footballer has also had a son with Carolina Dantas.

Neymar is ranked number 71 in the Forbes 100 top-earning celebrities. While most of his wealth comes from soccer, Neymar is said to have earned around $23 million from sponsorships and endorsements. His salary is around $14.5 million and his total net worth is estimated to be $75 million. If he were to be purchased by another club, it would cost them well over $100 million.

Like most celebrities, Neymar isn’t frugal when it comes to real estate. He currently resides in an apartment in Spain while he plays for Barcelona, but owns many properties around Brazil. His current residence is a luxurious three-floor rental apartment that overlooks the Camp Nou stadium. This property is estimated to cost around 18 thousand euros per month. Neymar also owns a house in Guaruja, where he was welcomed by hundreds of screaming fans after returning from the 2014 World Cup. The value of this property is estimated to be around 1.25 million euros.

Neymar has also given Carolina Dantas, the mother of his son, a penthouse in Santos that overlooks the beach. This property is valued at around 850 thousand euros. Neymar also owns a few holiday escapes for some downtime. He owns a penthouse in Balneario Camboriu that is valued at around 2.5 million euros, as well as a flat in Santa Catarina. He also owns a house in Angra dos Reis, valued at around 1.8 million euros. Neymar purchased this house after the 2014 World Cup and it features six rooms, seven car spaces and a swimming pool with a view of the harbor.

While the Brazilian footballer dedicates a significant amount of his time to his career, he does know how to enjoy the little downtime he does get between games and practice sessions. Neymar is often pictured playing poker with his friends, he even posted an image on Instagram of him putting down chips with his friends on Valentines Day. Neymar also enjoys listening to and creating music and is often pictured playing an electric piano. Like most of us, Neymar enjoys binging a good series, with his favorite being Prison Break and Game of Thrones. Other hobbies include video games and wakeboarding.