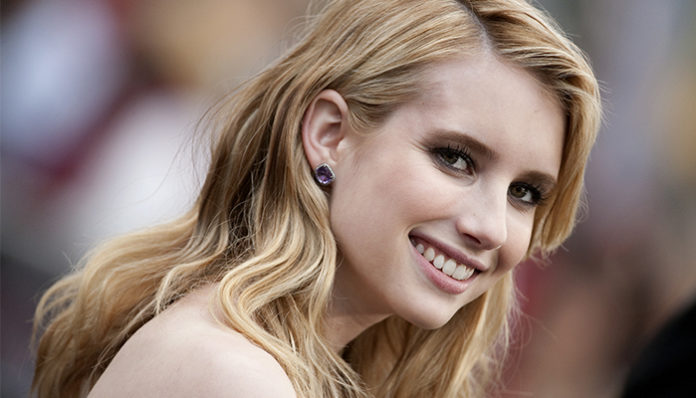 Emma Roberts is an American actress who rose to fame in the early 2000’s for her portrayal of Addie Singer in the Nickelodeon children’s series, Unfabulous. The niece of Hollywood star Julia Roberts, she developed an early love for acting when she was still a young girl. When she was eight years old, her aunt helped her to land an uncredited role in the romance-comedy film, America’s Sweethearts. Wanting to venture deeper into the entertainment industry, Roberts later began participating in a number of auditions at the age of ten. From there, it wasn’t long until she was cast in the crime drama, Blow, playing the part of Johnny Depp’s on-screen daughter. Over the next couple of years, the aspiring actress went on to appear in the films Grand Champion (2002), and Spymate (2003). Shortly afterwards, Roberts received a breakthrough when she was offered a lead part in the family comedy, Unfabulous (2004); her first major role on television, it played a large part in the launching of her acting career.

After starring in Unfabulous for three seasons, Roberts returned to the big screen in the neo-noir comedy flick, Nancy Drew (2007); although it received mixed reviews from critics, it garnered her much recognition as an actress. The following year, she went on to star in Wild Child (2008), Lymelife (2008) and The Flight Before Christmas (2008)ーthe last of which was an animated film, in which she debuted as a voice-actress. Throughout the rest of the 2000’s, Roberts continued to star in multiple movies such as Hotel for Dogs (2009), The Winning Season (2009), Valentine’s Day (2010), and Memoirs of a Teenage Amnesiac (2010). Following a short break from television, she returned to guest-star in the series Jonas, and Take Two with Phineas and Ferb in 2010. At present, she plays a lead role in the comedy horror series, Scream Queens, which is currently on its second season.

Talented beyond her age as an actress, Roberts’ achievements in the industry have been recognized with a number of awards over the years. To date, she has received a Young Artist Award (e.g. Best Supporting Young Actress), a ShoWest Award (e.g. Female Start of Tomorrow), an MTV Movie Award (e.g. Best Kiss), a Teen Choice Award (e.g. Choice Movie Actress in a Comedy), amongst numerous nominations. Aside from her acting talents, Roberts has also recorded several songs as a music artistーin 2005, she released her debut studio album entitled, Unfabulous and More, which also served as the soundtrack for the Nickelodeon series which she had starred in. On top of that, the actress was also involved in the making of the soundtracks for the films Ice Princess (2005), and Aquamarine (2006).

So what has the 25-year-old actress been up to these recent years? Will she be appearing in a feature film sometime in the near future? What happened to Emma Roberts? Where is she now in 2018? 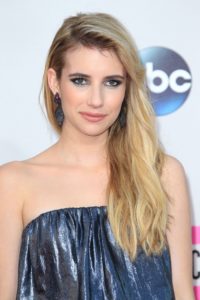 Born on February 10, 1991, Emma Rose Roberts is the daughter of Kelly Cunningham and Eric Roberts, the latter of whom worked as an actor. When she was still a baby however, her parents divorced; as a result, she was raised mostly by her mother during her early life. Despite having become estranged from her biological father, Roberts remained incredibly close to her auntsーone of whom was Hollywood star, Julia Roberts. As a young girl, she accompanied her aunt to many movie sets, something which she later credited for having sparked her love for acting.

With her aunt’s help, Roberts appeared in her first, albeit uncredited role in the romantic comedy film, America’s Sweetheart (2001) when she was eight years old. After turning ten, she began attending auditions in attempts to try to land further roles as a child actress. Although she initially went to Los Angeles’ The Archer School for Girls as a student, she later opted to receive her education through homeschooling.

In early 2001, Roberts landed a part in the biographical film, Blow alongside popular actors Johnny Depp, Penelope Cruz and Franka Pontenteーit was also her first credited role on the big screen. From there, she was eventually cast as one of the lead characters in the family movie, Grand Champion (2002). The following year, she returned in front of the cameras once again for the adventure comedy flick, Spymate where she starred opposite of Chris Potter and Richard Kind. It wasn’t until she was thirteen in 2004, that she received a major breakthrough in her career after being offered a major role in the Nickelodeon’s children series, Unfabulous, which also served as her television debut. 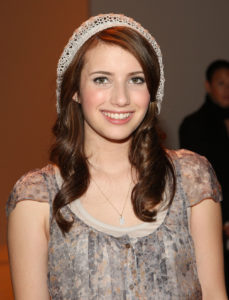 Premiered in November 2004 on the Nickelodeon Channel, Unfabulous centred around the life of a middle-school teen named Addie Singer, whom also narrates the show. Unique in that each story is told in a series of flashbacks, it quickly became a huge hit amongst younger viewers in the United States. Created by television creator Sue Rose of Pepper Ann fame, Unfabulous featured Roberts in the lead role of Addie and also starred Malese Jow, Jordan Calloway, Tadhg Kelly, and Molly Kagan. At the peak of its popularity in the mid 2000’s, a number of Unfabulous merchandise was released in stores including a handful of books, a video game and a soundtrack, which also served as Roberts’ debut album. The children’s series continued for three seasons and eventually ended in December 2007 after a run of 41 episodes. For her performance on the show, the young actress received four Young Artist Award nominations, a Teen’s Choice Award nomination and a Kid’s Choice Award nomination.

Towards the end of her time on Unfabulous, Roberts starred in the teen-fantasy film, Aquamarine. Adapted from a children’s book of the same title, it was an Australian-American joint production and was filmed in Queensland, Australia. Directed by Elizabeth Allen, Aquamarine depicted the story of two teenage girls named Hailey Rogers and Claire Brown, who much to their surprise, discover a mermaid in their beach club swimming pool. Opened in over 2500 theatres across the country in March 2006, the film earned more than $7.4 million in its opening weekend and ranked number five at the box office. Although it received many mixed reviews from critics, it eventually went on to earn over $23 million worldwide. While the film itself received a Teen Choice Award for “Choice Movie: Chick Flick”, Robertsーwho played the role of Brownーwas given a Young Artist Award for “Best Performance in a Feature Film by a Supporting Young Actress”  in 2007.

The next year, the actress received another starring role in the neo-noir mystery crime film, Nancy Drew. Based on a series of mystery novels, it starred Roberts as Nancy Drew and also featured actors Kay Panabaker, Max Thieriot, and Amy Brucknerーit also featured several well-known actors in cameo roles including Bruce Willis, Adam Goldberg, Chris Kattan and Lindsay Sloane. Set in the bustling city of Los Angeles, it centered around the teen detective as she comes across a murder mystery while accompanying her father on a business trip. Released in theatres in June 2007, Nancy Drew opened at number seven in the US box office and earned close to $7 million over its opening weekend. Despite having been a commercial success, grossing over $30 million altogether, it was criticized by some for “lacking surprise and excitement.” Nonetheless, Roberts’ acting in the film earned her several award nominations including three for the Young Artist Award, one for the Teen Choice Award and another for the Kids’ Choice Award. 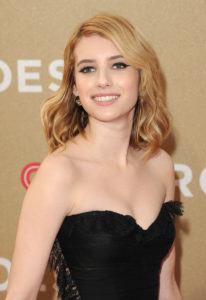 Slowly transitioning into more adult-oriented films, Roberts starred in the independent comedy drama Lymelife in 2008. Premiered at the Toronto International Film Festival that September, the movie also featured Rory Culkin and Alec Baldwin in lead roles. Set in 1970’s Long Island, Lymelife revolved around the difficulties faced by two families, the Braggs and the Bartletts. Written by brothers Steven Martini and Derek Martini, it received much praised despite having been produced on a small budget. Shortly after its debut, it received an International Federation of Film Critics Award; it eventually also garnered Derek Martini a Gotham Award nomination for “Breakthrough Director.” Although Lymelife was initially set to only be shown on a handful of screens in Los Angeles and New York, it was later expanded to show in close to every city in the US. A commercial hit, it ended up grossing over $4 million at the box office.

Following a string of roles including those in It’s Kind of a Funny Story (2010), Virginia (2010), The Art of Getting By (2011), and Celeste and Jesse Forever (2012), Roberts was cast as one of the lead characters in the 2013 comedy flick, We’re the Millers. Opened nation-wide in August 2013, it was a huge commercial successーhaving earned over seven times that of its production budget at the box office. Directed by Rawson Marshall Thurber, We’re the Millers centered around the Millers family, one of whom is a veteran drug dealer. Aside from Roberts who played the role of Casey Millers, a runaway teen, the movie also starred Jennifer Aniston, Jason Sudeikis, Nick Offerman, Kathyn Hahn and Will Poulter. Given an average rating of “A-” on CinemaScore’s audience polls, it also earned Roberts a Teen Choice Award for “Choice Movie Actress in a Comedy” as well as an MTV Movie Award for “Best Kiss”, which was shared with Jennifer Aniston and Will Poulter.

Stepping away from her usual comedy flicks, Roberts later went on to star in the horror thriller, The Blackcoat’s Daughter in 2015. Directed and written by Oz Perkins, it depicted the story of two teenage girls named Joan and Kat, who find themselves battling a mysterious evil force after being left behind at their all-girls prep school over winter break. While Roberts played the part of Joan, actress Kiernan Shipka portrayed the role of Kat; other cast members of the film include Lucy Boynton, James Remar and Lauren Holly. Met with positive reviews despite its limited theatrical run, The Blackcoat’s Daughter later received award nominations at the Cleveland International Film Festival and Neuchatel International Fantastic Film Festival.

Aside from reprising her part as Chanel Oblerin in the comedy horror series, Scream Queens, Roberts has also been busy filming for a number of filmsーone of which is the upcoming biographical thriller, Billionaire Boys Club. Starring the actress in the lead female role, the movie will focus on a group of wealthy boys whose “get-rich-scam” ultimately becomes deadly. Directed by James Cox and Captain Mauzner, the former of whom also wrote the film’s screenplay, it will feature actors Taron Egerton, Kevin Spacey, Billie Lourd, Cary Elwes and Judd Nelson. Although Billionaire Boys Club is set to premiere sometime in 2017, no specific release date has been announced so far.

Other than the previously mentioned thriller, Roberts will also be starring in the movies Spinning Man and Four Seasonsーboth of which are currently in the pre-production stages and are scheduled for a 2017 release.