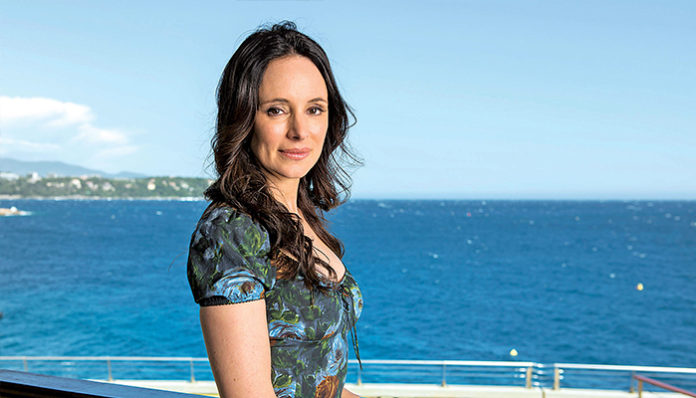 Madeleine Stowe is an American actress who is best known for her role as Maria McGuire in the comedy film, Stakeout. Having played the piano ever since she was ten, Stowe’s initial dreams were to become a concert pianist. Although she was brilliantly skilled on the keyboard instrument, she eventually quit following the death of her music instructor in 1976. While acting was never something that was at the forefront of her mind, she later volunteered to take part in a theatre production while she was a student at the University of Southern Californiaーit was there, at the Beverly Hills theatre that she ultimately caught the attention of a movie agent, who happened to be present in the audience. Recognizing her performing talents, he eventually helped her land a few television and film roles. At the age of twenty in 1978, Stowe made her small screen debut when she guest-starred in an episode of the police drama, Baretta. Later that same year, she also appeared in The Amazing Spider-Man, The Nativity and The Deerslayer.

After a string of television appearances, the brunette made her film debut in the crime film, Gangster Wars (1981). From there, she went back to acting on television for few years prior to returning to the big screen for her breakthrough role in the crime comedy, Stakeout in 1987. Since then, she has gone on to star in the movies Tropical Snow (1988), Worth Winning (1989), Revenge (1990), The last of the Mohicans (1992), Unlawful Entry (1992), Bad Girls (1994), and The General’s Daughter (1999), to name a few. Having successful paved her way to stardom, Stowe has also accumulated a fair amount industry awards throughout her career. So far, she has received a Golden Globe Award, a National Society of Film Critics Award, a Venice Film Festival Award, and an Imagen Award, amongst a few others. In addition, she has also been nominated for two ALMA Awards, a Saturn Award, a Blockbuster Entertainment Award, and a TV Guide Award.

Named as one of the “50 Most Beautiful People in the World” by People Magazine, the actress has guest-starred in a handful of television talk shows over the yearsーthe first being that of The Arsenio Hall Show back in 1992. Some of the other series which she’s appeared in include Late Show with David Letterman (1994), The Rosie O’Donnell Show (1999), Charlie Rose (1999), The Tonight Show with Jay Leno (1999) and Jimmy Kimmel Live! (2012). Aside from being interviewed, Stowe has also starred in several documentaries throughout her career such as The Essentials (2001), We Were Soldiers: Getting It Right (2002), Obsession: The Sex and Violence of Revenge (2007), and Biography (2003). Although she briefly left the show business in 2003 to spend more time with her family, she later announced her return to the screens in 2011.

So what has the actress of Stakeout fame been up to lately? What new films or television projects have she taken on? What happened to Madeleine Stowe? Where is she now in 2018? 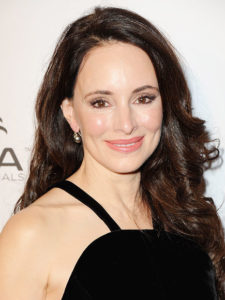 Born on August 18, 1958, in Los Angeles, California, Madeleine Stowe is the daughter of Robert Alfred and Mireya Maria Stowe, the former of whom worked as a civil engineer; she is of German, English and Costa Rican descent. Growing up in a working-class neighbourhood known as Eagle Rock, Stowe began taking piano lessons when she was ten years oldーsomething that quickly evolved into a strong passion. Proving herself to be incredibly talented at the keyboard instrument, she soon had her eyes set on becoming a concert pianist.

In attempts to follow through with her dreams, it was not uncommon for her to train tirelessly for hours on end every day. Although she soon mastered the piano, she continued with her lessons diligently until she was eighteen. Despite having significantly narrowed the gap between herself and her dreams, Stowe ultimately quit playing in 1976 after the death of her music instructor of eight yearsーan event which hit her emotionally hard.

After graduating from high school, Stowe enrolled at the University of Southern California where she majored in journalist and cinema. Finding herself frequently bored in her classes, she eventually volunteered to perform with the Beverly Hills Solaris Theater; it was there she her acting talents were discovered by a movie agent, who happened to be in the audience. Recognizing her potential, he approached the brunette and later helped secure her her first few professional acting roles on television. Prior to accepting the offers however, she also took part in a few stage productions including Speaking Of… and The Wager. 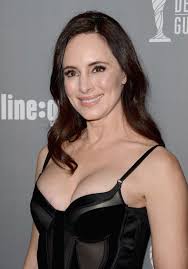 At the age of twenty, Stowe made her television debut when she appeared in an episode of the ABC police drama, Baretta (1978) alongside Robert Blake, Dana Elcar and Tom Ewell. Although it was a small role, it eventually led her to a string of television offers including The Amazing Spider-Man (1978), The Deerslayer (1978), The Nativity (1978), Barnaby Jones (1979) and Beulah Land (1980) over the next couple of years.

Out of all of the above-mentioned series, The Nativity was the most noteworthy as it was her first time playing a lead character. Written by Morton S. Fine and Millard Kaufman, the made-for-TV film revolved around the relationship between Joseph and Mary, as mentioned in the Gospels of Matthew and Luke, and the events leading up to the first Christmas. While actor John Shea played the role of Joseph, Stowe had the opportunity to portray the part of Mary. Other members of the cast include Jane Wyatt, Paul Stewart, Audrey Totter and George Voskovec.

Following her time on Beulah Land in 1980, a series which earned her much recognition as an actress, Stowe was cast as a lead character once again in the NBC mini-series, The Gangster Chronicles in 1981. Narrated by E.G. Marshal, the crime drama series centred around the lives of three gangstersーAl Capone, Lucky Luciano and Bugsy Siegel in the ghettos of New York in the early 1900’s. Premiered on television in February of that year, it had Stowe playing the character of Ruth Lasker; other actors featured include Michael Nouri, Joe Penny, Jon Polito and George DiCenzo. The Gangster Chronicles ran for a total of thirteen episodes (60 minutes each), prior to ending in May 1981.

After playing a series of smaller roles, Stowe received a big break in 1987 when she was cast as one of the leading characters in the crime comedy film, Stakeout. Directed by John Badham, it was released in theatres in August of that year. Set in Seattle, Washington, Stakeout centred around two police officers (played by actors Richard Dreyfuss and Emilio Estevez) who are tasked with the stakeout of a waitress named Maria McGuire (played by Stowe); despite being on duty however, one of them eventually falls in love with her. Met generally with praises upon hitting the screens, Stakeout debuted at number one and was an all-around commercial successーit later went on to earn over $65 million within the United States, making it the 8th highest-grossing film of 1987. 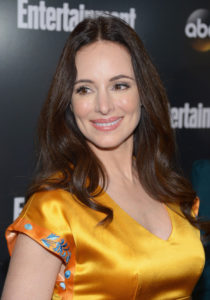 Rising in popularity with the success of Stakeout, Stowe found herself gradually landing bigger roles within the next few years. In 1989, she co-starred in the comedy romance, Worth Winning alongside Lesley Ann Warren and Mark Harmon. Adapted from a book by Dan Lewandowski, it depicted the story of Taylor Worthーa confident lady’s man who is challenged by his friends to secure three separate proposals with three women. While actor Mark Harmon played the role of Taylor, the actress whom we’ve all grown to love over the years, portrayed the part of Veronica Briskow, a concert pianist. Released in theatres on October 27, 1989, it eventually grossed over $3.6 million domestically.

During the early 90’s, Stowe continued to star in a handful of films including The Two Jakes (1990), Closet Land (1991), Unlawful Entry (1992), and The Last of the Mohicans (1992), the last of which garnered her much positive attention. In 1993, she starred in the comedy drama, Short Cuts. Inspired by a series of short stories written by author Raymond Carver, it featured a star-studded ensemble cast which included Julianne Moore, Matthew Modine, Anne Archer, Fred Ward, Robert Downey Jr., Lori Singer, amongst many others.

Released in October of that year, it followed the the everyday lives of a group of suburban Los Angeles citizens. Overwhelmed with positive reviews, many of which praised it for its elaborate characters, Short Cuts received an Academy Award nomination and a Special Golden Globe Award in the months following its release. For her portrayal of a character named Sherri Shepherd, Stowe was also honoured with a National Society of Film Critics Award for “Best Supporting Actress.”

More recently in 2011, Stowe was selected to play the leading antagonist in the ABC’s psychological thriller, Revenge. Inspired by the popular novel The Count of Monte Cristo, it premiered on September 21, 2011 and attracted close to nine million viewers during its initial season. Created by Mike Kelley, Revenge centred around a young woman who makes it her personal mission to attain revenge on those who have wronged her father in the past. Aside from Stowe, who plays the starring role of Victoria Grayson, the serial drama also featured Gabriel Mann, Emily VanCamp, Henry Czerny, Nick Wechsler, Josh Bowman and Connor Paolo.

The network’s highest rated series since Lost back in the mid 2000’s, it continued for four years, prior to being cancelled in 2015 after a total of 89 episodes. Nominated for a People’s choice Award for “Favourite New TV Drama” in 2012, Revenge also received a TV.com Award for “Favourite Guilty Pleasure” later that same year. As for Stowe, her performance on the series also garnered her a Golden Globe Award nomination for the category of “Best Actress in a Drama Television Series.”

This past summer Stowe guest starred in an episode of the mystery drama, 12 Monkeysーa television series based on the 1995 film of the same name that she once starred in. To be specific, the actress appeared in the season finale of the second season, “Memory of Tomorrow” where she played the part of a character named Lilian.

In other news, it was announced that Stowe had recently been awarded protective order against a man who had robbed and burglarized her home at gun point sometime in late 2015. According to reports, Stowe and her husband had been sleeping when noises from the master bathroom woke her up. As she awoke from the bed to investigate, she found herself being pointed at with a handgun; she then gave him $75,000 worth of antique jewelry. The manーlater identified as Walter Canizalezーhas been accused on multiple felony and misdemeanour counts of trespassing, burglary, sexual battery and robbery.