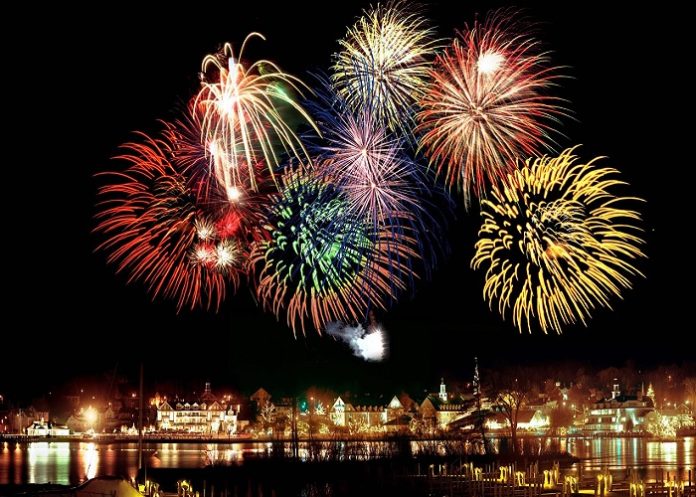 With 2016 about to end and a brand new shiny year to look forward to, we are all probably planning a small and modest, or possibly a big and exciting celebration when 2017 comes along. New Year is celebrated virtually everywhere across the globe regardless of race or religion, and when 2016 comes to an end there will a huge variety of different traditions taking place. The New Year’s eve ball in Times Square has been dropping on the stroke of midnight since 1907 and Big Ben has been chiming in the new year since 1858, but what about those traditions that you’ve never even heard about, the ones from the more obscure corners of the World.

Step this way as we take a look at ten of the strangest and most unusual New Years traditions that will be celebrated when 2017 arrives, but be warned, the most unusual tradition of all is a lot closer to home than you might imagine. 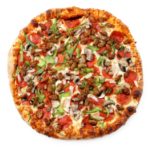 The Philippines is one of those places where a lot of emphasis is put on luck and promoting your own good fortune as much as possible. One way the 98 million people that live in the country ensure that the upcoming year will be successful for them is by surrounding themselves with round objects on New Years Eve. The shape represents wealth in the form of coins, so they will eat round foods and many people will wear clothes covered in Polka Dots to ensure that they will attract wealth and prosperity in the New Year. Another strange tradition in the Philippines is that parents will tell their children to jump as high as possible on the stroke of midnight, in order that they will grow taller. 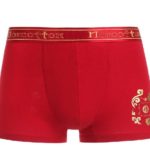 The practice of changing your life for the better by ensuring you’re wearing brightly colored underwear sounds like some dubious advice from a book about forming the perfect relationship, but it’s a serious business in several South American countries. In Brazil the residents will wear bright yellow or gold to encourage wealth and money in the new year, in Mexico white underpants signify a desire for a peaceful life, and in Bolivia red underwear expresses a desire to be lucky in love. Another common South American tradition, mainly practised in Colombia and Mexico is to carry suitcases around the streets when new year arrives to attract a year of travel and excitement, but speed is of the essence, because the faster you run the more likely you will be to succeed.

Estonia, tucked away in Eastern Europe, has picked up many customs from neighboring Russia and Germany over time, but one of the most dearly held customs the tiny Baltic state has imported has been its great love of food, and a national diet that changes greatly throughout the year. In Estonia it’s customary to prepare plenty of food for Christmas and the New Year, and when the new year comes around citizens should be ready for not just one good meal, but seven of them. Estonians will traditionally eat seven meals on New Years day to ensure abundance and good luck in the coming twelve months.

Perhaps the most bizarre tradition on our list is the repeated broadcast of an 18 minute black and white comedy sketch every single New Years Eve throughout many countries in Europe. The sketch, entitled ‘Dinner for one’ featured two British comics, Freddie Frinton and May Warden and depicted a wealthy but elderly aristocrat, Miss Sophie, dining on her 90th birthday while in the company of her butler. Commissioned by a German TV station in 1963 the show has been shown on New Years eve in the country ever since, and the practice has somehow spread over time to Norway, Lithuania, Estonia, Finland, Switzerland, Austria and even South Africa and Australia. On New Years eve 1985 the Danish national TV broadcaster failed to show the film, but after a huge avalanche of complaints they made sure to never repeat the mistake again. The popularity of the film mystifies many outside Europe but it is believed the easy to understand English, combined with some safe slapstick style comedy, and the brilliantly executed comic timing of Freddie Frinton has earned it such a fond place in the hearts of its European fans.

New Years eve is a time for celebrating life and looking forward to another year of it, but in the small town of Talca in Chile they tend to celebrate it slightly differently. In Chile there’s a commonly held belief that deceased family members will wait for their loved ones in the graveyard until they are ready to join them in the next World, and in 1995, because of that belief a local family jumped the fence of the local cemetery to spend New Years eve near their father’s final resting place. The practice quickly grew in popularity and these days there is no need to be jumping over any fences. The major of Talca opens the main gates of the cemetery at 11pm on New Years eve so that crowds of townspeople can join their relatives on the other side to usher in the New Year. The graveyard is transformed by classical music, lights and decorations and in 2016 more than 5,000 people attended the event.

Belgium is a country that contains far more unusual customs than it’s small size should really allow for. Mainly known for Jean-Claude Van Damme, self-loathing, and more languages than any respectable country should really be using, Belgium also has serious beef with anyone that messes with their cattle. Cows are a serious business in Belgium, and the Belgian Blue is the Rambo, Chuck Norris and Superman of cows all rolled into one. This heavily muscled monster is a prized product of the tiny European nation but the Belgians love all their cows, so much so in fact that it’s traditional for farmers to wish their livestock a long and happy New Year. In Romania however things are a little different, farmers will listen to their cows to see if they can discern any human language coming from them, but if they do hear the cows speaking it’s seen as very unlucky for them, as it signals bad luck in the coming year. Although in my personal experience talking animals on New Years eve usually indicate a period of intense hangover-related suffering in my near future. 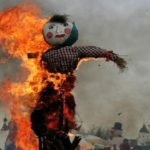 Panama is today one of the most economically and politically stable countries in Central and South America After the US invasion of the country in 1989 that deposed dictator Manuel Noriega, and put an end to the violent suppression of dissidents that saw thousands of civilians killed, the country has since become more prosperous, more stable and far safer. But the 21 year long military dictatorship left many scars amongst ordinary Panamanians, and their intrinsic distrust of authority is perhaps best shown in their New Year effigy burning ceremonies. The life-sized papier-mache effigies that are burned are not hated criminals and killers, instead they are politicians, actors, celebrities and anyone who can be regarded as even slightly famous. The burning of the effigies signifies that Panamanians will not be concerned about those they symbolically burn, instead they will be free to continue the New Year surrounded by good luck. 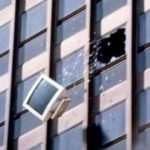 South Africans can be a serious bunch of people, the realities of living in such a vibrantly dangerous environment has left many of them with a seriously no-nonsense attitude to life, and the South African New Years tradition of ‘Furniture Disposal’ illustrates their familiarity with danger perfectly. You may have thought drug-infused heavy metals bands in the 1970’s had a monopoly on throwing things out of windows, but you’d be very wrong when it comes to New Years celebrations. Don’t walk the streets of South Africa when the New Year comes around or you may find yourself running from the chairs and tables that are thrown from windows into the street below, sometimes you’ll even see a larger appliance like a washing machine come crashing down to Earth. In Turkey things are a little safer, with only Pomegranates being thrown into the street, although they tend to come down quite forcefully, as they only bestow luck upon the thrower if they break open upon landing. In Puerto Rico things are considerably safer, although you may get a little wet as the locals there throw buckets of water into the street to wash away bad luck for the coming year. In comparison Denmark is positively friendly, with locals who will smash plates against your house to show you how much they like you.

Where I live there’s a big drinking culture on New Years eve, and as I’m situated not too far from a city center my New Years are usually filled with the happy wailing of police cars and ambulances as the hordes of inebriated revellers are carted off to cells or hospitals, but excessive drinking and spontaneous bouts of fighting have a far more useful purpose during the festival of Takanakuy in Peru. Villagers traditionally congregate to drink and fight together, both women and men, in order to settle old disputes and conflicts. The violent activities take place on Christmas day in order for old enemies to settle their problems once and for all before the New Year arrives, and after the fighting is over according to the strictly observed rules of the contest, the combatants shake hands and move on with their lives, after a few drinks together first. The government of Peru has tried to discourage the festival of Takankuy but if anything the practice has greatly increased in popularity in recent years, and in neighboring Bolivia a similar, but somehow less civilized celebration known as Tinku sees large groups of men fighting in groups. 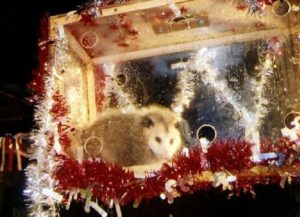 So on New Years eve around the World people fight, talk to cows, throw things out of windows and party in graveyards all in the name of tradition, but the most unusual tradition of all comes from somewhere much more familiar. The Old North State, or North Carolina, has a few locations that partake in a celebration known as The Possum Drop, and even though the practice has generated a fair amount of controversy, and the anger of PETA in the past, the Possum Drop continues to be a draw to crowds of New Year revellers every year. The Virginia opossum, widely known as the possom is the only marsupial found in the United States and every New Year in several North Carolina locations one is gently lowered in a cage at the stroke of midnight. In 2013 PETA caused problems for the event in Brasstown, North Caroline, and after legal action Brasstown was forced to use a dead possum rather than a live one for that years celebrations, but wiser heads have since prevailed, with permits being awarded so a live possum can be brought slowly back to Earth when midnight strikes, before the little guy is released back into the wild unharmed.

So whether you’re fighting, talking to animals or wearing your brightest underwear this New Years eve, make sure you have a safe and happy New Year, and a great 2017.