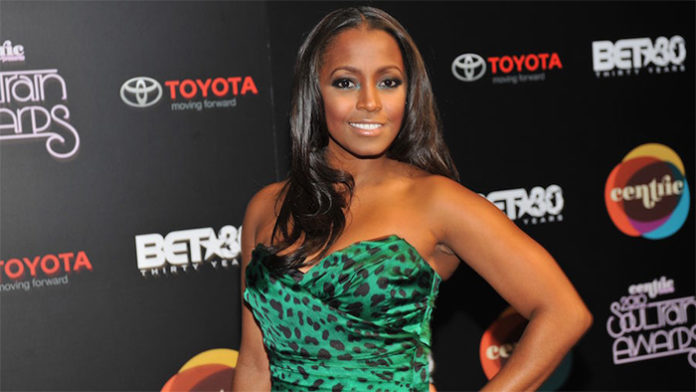 Keshia Knight Pulliam is an American actress who first rose to fame as a child star in the NBC sitcom, The Cosby Show. Noticing their daughter’s friendly and smiley demeanour, her parents reached out to a talent agency when she was only five months old. Although they didn’t expect much from it at the time, Pulliam was later selected to star in a Johnson & Johnson advertisement. By the time she was three, she was playing a recurring part in the popular children’s series, Sesame Street (1982). From there, it wasn’t long until the young star received a huge breakthrough when she was cast as one of the main characters in the American sitcom, The Cosby Show (1984). Although she was only four years old at the time, Pulliam eventually grew up throughout the course of the showーwhich continued for eight years; her character, Rudy Huxtable who was five years old at the time of the show’s debut, had evolved into a young teen by the end of the series. One of her most prominent roles on television, her time on The Cosby Show remains to be one of the best performances of her career.

While she was on the NBC comedy, Pulliam also starred in a handful of TV films including Polly (1989), A Connecticut Yankee in King Arthur’s Court (1989), and Polly: Comin’ Home! (1990). While she later chose to take an extended break from the show business to focus on her education, she eventually returned to the small screen in the reality game series, The Weakest Link (2001), where she ended up snatching first place. Over the next few years, the actress began getting more involved in film; during the 2000’s, she appeared in Beauty Shop (2005), The Gospel (2005), Cuttin Da Mustard (2008), and Death Toll (2008). In 2007, she received another big break when she was offered a main role in the TBS sitcom, Tyler Perry’s House of Payne. Critically praised for her performance on the show, it went on to earn Pulliam three NAACP Image Awards, amongst four nominations.

So what has the dark-skinned beauty been up to since then? Where has her career brought her in the recent yearsーis she still acting in front of the cameras? What happened to Keshia Knight Pulliam? Where is she now in 2018? 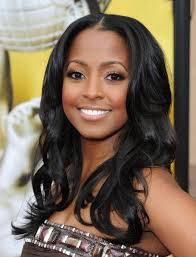 Born on April 9, 1979, in Newark, New Jersey, Keshia Knight Pulliam is the daughter of James and Denise Pulliam, both of whom would eventually work as her managers. According to her father, Pulliam had displayed “qualities of a star” ever since she was born; not only was she always smiling, but she was incredibly friendly. When she was five months old, her mother decided to send a photograph of her to a talent agency. Although she remained hopeful, she knew deep inside that it was a long shot at the time. Despite that however, Pulliam was eventually offered to star in a Johnson & Johnson advertisement when she was still a baby, much to her parents’ surprise; from there, more modelling work quickly followed. By the time she was three years old, she had landed a recurring part in the popular children’s series, Sesame Street (1982).

Although acting was a large part of her life growing up, her parents never failed to instill in their daughter a sense of responsibility. Raised as a regular childーwith no special treatmentーPulliam was responsible for a number of chores as a young girl including babysitting her younger brothers and cleaning up around the house. When the actress was only four years old, she received a huge breakーshe had been cast as Bill Cosby’s on-screen daughter in the NBS sitcom, The Cosby Show (1984). 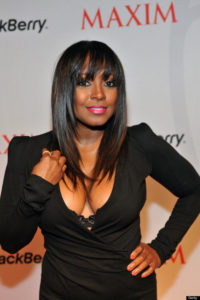 Centering around the Huxtable family, the series starred Bill Cosby, Phylicia Rashad, Sabrina Le Beauf, Geoffrey Owens, and many other notable names. One of the most popular shows of the 1980’s, it performed wonders in the reviving of the sitcom genre. Originally premiered on September 20th, 1984, The Cosby Show followed the every day going-ons of the successful African-American familyーwhich consisted of Dr. Heathcliff, Clair Olivia, Denise, Theodore and Vanessa Huxtable. Eventually reaching a rating of 34.9 at the peak of its popularity, The Cosby Show ultimately continued for eight seasons; by the time it ended in April 1992, over 200 episodes had aired on television.

Praised for breaking racial stereotypes, it received countless awards during its run including six Primetime Emmy Awards, two Golden Globe Awards, three NAACP Image Awards, and eleven People’s Choice Awards. For her portrayal of Rudy Huxtable, a role which she continued for eight years, Pulliam earned a Emmy Award nomination for “Outstanding Supporting Actress in a Comedy Series”ーmaking her the youngest star to have ever been nominated for the prestigious award.

While the former sitcom was still ongoing, she also played Rudy Huxtable in the series’ spinoff, A Different World (1987). Unlike the original series, it centered around Denixe Huxtable’s character as she enrols in a fictional Black College in Atlanta. While Lisa Boney, Marisa Tomei, Dawnn Lewis, Jasmine Guy, and Kadeem Hardison made up the main cast, Pulliam reprised her role in three episodes; she made her first appearance in the second episode of the first season. A hit amongst viewers, A Different World achieved a 22.15 rating during the initial season. Although the ratings eventually dipped throughout the years, it was still successful at maintaining No. 1 and No. 2 amongst African-American households. Following a six year run, the spin-off need in July 1993.

In 1989, Pulliam starred in her first made-for-television film, Polly alongside actress, Phylicia Rashad. Directed by Debbie Allen, it also served as the final on-screen appearance for Butterfly McQueen, before her passing in 1995. Originally aired on NBC in November of that year, it revolved around an orphan named Polly Whittier, who goes to live with her aunt Polly Harrington, following the death of her parents. Critically acclaimed, it received much positive attention shortly after its broadcast. Later spawning an original soundtrack, Polly received two Emmy Award nominations and two Young Artist Award nominationsーone of which (e.g. Best Young Actress Starring in a TV Movie) was for Pulliam. Having proved itself to be a hit, the TV film later spawned a sequel, Polly: Comin’ Home! the following year. 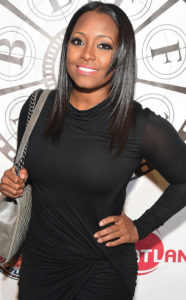 After the end of The Cosby Show in 1992, Pulliam opted to take a prolonged hiatus from the entertainment industry, in order to focus on her education. As a student, she went to Spelman College following her high school graduation, where she eventually graduated with a Bachelor’s in sociology. Shortly after attaining her degree, she returned to the show business in the reality series, The Weakest Link (2001), in which she ultimately ended up as the winner. Diving straight back into acting, she starred in the TV film, What About Your Friends: Weekend Getaway in 2002. Two years later, she was cast as a lead role in another made-for-television movie, Christmas at Water’s Edge, where she starred alongside Pooch Hall, Earl Billings and Ray J.

Following a prolonged absence from mainstream television, Pulliam landed a major part in the sitcom, Tyler Perry’s House of Payne (2006). Created by none other than Tyler Perry, the show centered around the Davis’ーa multi-generational family who live together in Atlanta underneath the same roof. Although it’s classified to be a comedy, Tyler Perry’s House of Payne is noted for exploring darker themes such as addiction and substance abuse. Premiered on June 21st, 2006, it starred Lavan Davis, Cassi Davis, Allen Payne, Lance Gross, Larramie Shaw, and China Anne McClain in its main cast; Pulliam later joined the show at the beginning of the third season, after having guest-starred a few times in the first and second season. In the series, the actress portrayed the role of Miranda Payneーa con-artist who eventually becomes the love interest of Calvin, the family’s college-age son. Applauded for her performance on the show, Pulliam received three NAACP Image Awards for the category of “Best Supporting Actress in a Comedy Series” during its run, amongst four nominations.

In 2009, Pulliam was cast as a lead character in the comedy-drama film, Madea Goes to Jailーit was her first time starring on the big screen. Based on a play by Tyler Perry, whom the actress was also working with at the same time in the previously mentioned sitcom, it followed an elderly woman named Madeaーwho after being arrested and sent to prison following a high-speed freeway chase, finds herself meeting a variety of different individuals. While Tyler Perry portrayed the role of Madea, Pulliam played the part of Candaceーa young drug addict and prostitute. Aside from the two, Madea Goes to Jail also starred Derek Luke, Robin Coleman, Viola Davis, and Davis Mann. Released in theatres on February 20th, 2009, the film debuted at number one and earned over $41 million in its opening weekend. Although it was met with mixed reviews from critics, it later went on to gross over $90 million at the box office worldwide.

In 2013, the actress participated as a contestant in the ABC reality series, Splash. In the show, celebrities put their athleticism to the test as they attempt complicated dives from a high diving board 10-meters off the ground. In the competition, Pulliam faced off against Chuy Bravo, Ndamukong Suh, Kendra Wilkinson, Katherine Webb, Louie Anderson, amongst many others; despite a good effort on her part however, she was ultimately eliminated first from the show on March 19th, 2013.

Two years later, she returned to reality TV in The Celebrity Apprentice 7 (2014). Despite having acted as the project manager, she was eventually eliminated from the show following her team’s loss in the first episode.

This July, Pulliam shared that she was pregnant with her first childーa girl. Although she and her husband have since divorced, allegedly due to infidelity, the actress appears to be in happy spirits. Just last month, she posted a sonogram of her daughter, Bella, onto her social media accountーwhich has since garnered many likes and comments from fans. While she admitted that it’s been a challenging year, she has stated that she is “eternally grateful for [her] little Ella.”

While she’s taken a break from acting throughout her pregnancy, she did interestingly enough, appear as a pregnant lady in the TV comedy, Here We Go Again this year.