What Happened to Sebastian Bach – 2018 Update 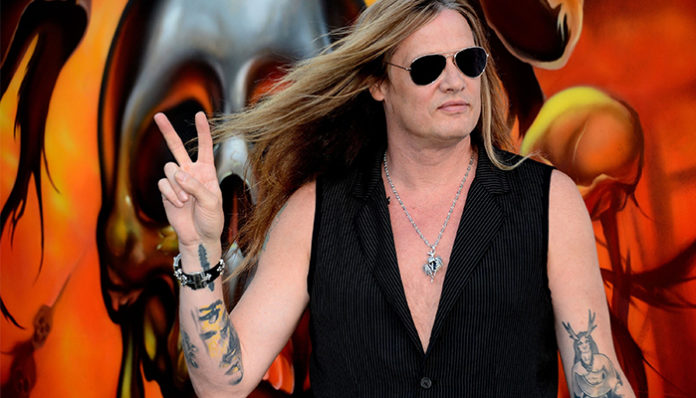 Sebastian Bach is a Canadian singer who is best known of being a member of the heavy metal band, Skid Row. A talented vocalist, he was invited to join the group at the age of eighteen after being overheard singing at a wedding by their guitarist, Dave Sabo. After being shown a video clip of the band performing, Bach knew immediately that it was something that he wanted to be a part ofーthus, he became the fifth member of the group, replacing original vocalist, Matt Fallon. From there, they began performing at various clubs and bars throughout the eastern part of the country. With a little help from Don McGhee, the manager of former band member Bon Jovi, Skid Row landed a recording contract with Atlantic Records in 1988. Heading straight to the studio, they eventually released their self-titled debut album, Skid Row in 1989. A major hit, it went on to produce the charting singles I Remember You and 18 and Life.

Rising in popularity with the success of their initial effort, Skid Row later released a second studio album entitled, Slave to the Grind in 1991. Since then, they have come out with five full-length albums, nineteen music videos, twenty one singles and four EPs. Despite all of their studio recordings however, their most successful venture remains to be that of their debut album, Skid Rowーwhich has sold over five million copies in the United States alone. By the end of 1996, the year that Bach left the band, they had sold more than 20,000,000 albums across the globe. One of the most accomplished heavy metal groups of the late 80’s and early 90’s, their music earned them an American Music Award for the category of “Favourite Heavy Metal/Hard Rock New Artist” in 1990.

Following his departure from Skid Row, Bach formed his own rock band known as The Last Hard Men, with Kelley Deal, Jimmy Chamberlin and Jimmy Flemion. Although they recorded a full-length album for Atlantic Records at the time, the label later opted not to release it; it wasn’t until 1998 that it was released under Nice Records via mail order. After the brief stint with the short-lived group, he released his first solo album entitled, Bring ‘Em Bach Alive! in 1991. While it took some time, he eventually followed up his solo music career with three more full-length albumsーAngel Down (2007), Kicking & Screaming (2011) and Give ‘Em Hell (2014). On top of his work as a musician, Bach has also appeared in a number of television series and films; a few highlights include Saturday Night Live (1993), Final Rise (1999), Gilmore Girls (2003), Kiss Loves You (2004) and Swearnet: The Movie (2014).

So what has the former Skid Row frontman been up to these past few years? Is he still active in the music scene to this date? What happened to Sebastian Bach? Where is he now in 2018? 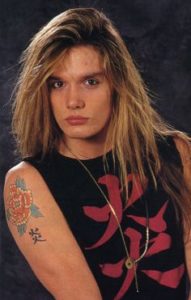 Born on April 3, 1968, in Freeport, Behamas, Sebastian Bach (Birth Name: Sebastian Philip Bierk) spent the majority of his life in Peterborough, Ontario. A former student of Lakefield College School, he  legally changed his surname from “Bierk” to “Bach” as to resemble the renowned composer, Johann Sebastian Bach when he was a young adult. Having always been one for music, he was known for singing at various local events. One fateful night, when he was performing at rock and roll photographer, Mark Weiss’ wedding, he captured the attention of Skid Row’s guitarist, Dave Sabo with his vocal abilities.

Impressed with his talents, he soon invited Bach to join the group in 1987; he was eighteen at the time. Wanting to offer the singer a better idea of the band’s music, Sabo later showed Bach a video clip of one of Skid Row’s performances, in attempts to aid him with his decision. Deciding that it was something that he wanted to pursue, he quickly accepted the offer and became the fifth member of the band, replacing former vocalist, Matt Fallon.

After welcoming Bach into the group, the quintet began performing at a handful of clubs and bars in the eastern part of the country. With the help of John Bongiovi, guitarist Sabo’s close friend with whom he used to play with as a member of Bon Jovi, Skid Row managed to land a recording contract with Atlantic Records in 1988. From there, they began recording at a studio in Lake Geneva, Wisconsin under the supervision of music producer, Michael Wagener. Prior to the release of their debut album, the management team allegedly paid close to $35,000 in fees to guitarist Gary Moore, for rights to the band’s name. 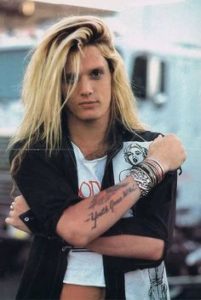 A year after entering the studio for the first time as a band, Skid Row released their eponymous debut album, Skid Row in January 1989. Recorded at the Royal Recorders in Wisconsin, it contained eleven glam metal tracks including Rattlesnake Shake, Piece of Me, Can’t Stand the Heartache, Here I Am, and Big Guns, amongst others. Met with generally favourable reviews upon its release, Skid Row was commended by critics for its powerful vocals and consistent songwriting. Described as “a fusion of commercial hooks and rock riffs”, it charted successfully at number six on the Billboard 200; it also fared reasonably well overseas, having charted in eight other countries (e.g. Switzerland, Sweden, Japan, New Zealand, Germany, Australia, Canada, UK). Noted for launching the group into stardom, the album eventually saw the release of three albumsー18 and Life, I Remember You and Youth Gone Wild. In support of their new release, Bach and his bandmates also embarked on a 17-month tour across the globe. As of June 1995, it has been certified 5x Platinum for selling over five million copies within the United States.

In June 1991, the heavy metal band released this second studio album together, Slave to the Ground. Noted for its harsher sounds, it debuted at the top of the Billboard 200 and quickly sold over 134,000 copies within the first weekーin fact, it was the first album to do so in the Nielsen SoundScan era. Produced by Michael Wagener, Slave to the Ground showcased twelve different tracks including Slave to the Ground, In a Darkened Room and Wasted Time, all of which were co-written by Bach. Described as being “more aggressive” compared to its predecessor, many considered it to be “one of the best examples of mainstream heavy metal.” Given a near-perfect rating of four and a half stars on AllMusic, Slave to the Ground was another international hit for the band; it successfully peaked amongst the top ten in half a dozen countries around the world including Australia, Canada, New Zealand, Japan, Sweden and the UK. The album has since been certified 2x Platinum for exceeding two million sales in the country.

Following a four year break, Skid Row released their third studio album, Subhuman Race in March 1995ーit would also be Bach’s last time recording with the band. Although it wasn’t met with the same caliber of success as their preceding albums, it did go on to rank at number thirty five on the Billboard 200. While  Subhuman Race received man negative reviews from fans, it did garner a fair amount of positive reviews from critics, many of whom praised the album for its vocal pyrotechnics and “hot guitar lines.” Given a four star rating by Q Magazine, the album consisted of fourteen songsーthe last of which was an untitled, hidden track; a few titles from the track list include Face Against My Soul, Remains to be Seen, Beat Yourself Blind, Medicine Jar and Iron Will. To promote the album, Skid Row opened for Van Halen on his North American tour that year. 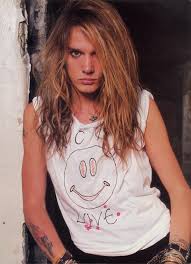 After parting ways with the band, Bach performed briefly with a new group called The Last Hard Men, prior to venturing off on a solo music career in the late 90’s. In November 1999, the former Skid Row vocalist released his debut solo album, Bring ‘Em Bach Alive! under Spitfire Records. While it was mostly a live album, featuring songs from Skid Row, it also contained a handful of new recordings including Rock ‘N’ Roll, Done Bleeding, Superjerk Superjerk, Blasphemer and Counterpunch. Produced in part by Bach with the help of Michael Wagener, with whom he’s worked with for many years as a member of Skid Row, Bring ‘Em Bach Alive! has since sold over 16,000 copies in the United States.

From there, it wasn’t until 2007 that Bach released his next big solo album, Angel Down. His first album to feature solely original material, it garnered much attention upon its release as it featured Axl Rose, Guns N’ Roses’ lead singer, in three of its tracks. Although it sold an underwhelming 6,400 copies during the initial week, it was met with generally positive reviews and reached number one on both the Billboard Heatseekers and Hard Rock Charts. A few titles from its fourteen-song track list include Take You Down with Me, Our Love is a Lie, Negative Light, By Your Side, Falling Into You and Stabbin’ Daggers. Angel Down has since sold over 100,000 units worldwide.

In September 2011, the heavy metal singer released his fourth overall release, Kicking & Screaming under Frontiers Records. While it entered the Billboard 200 at number seventy-three, it was met with overwhelmingly positive reviews from critics. More successful than his preceding album, it peaked at number nine on the US Top Independent Albums Chart, at number six on the Hard Rock Albums Chart and at number fifteen on the Top Rock Albums Chart. The album eventually spawned three singles including Kicking & Screaming, My Own Worst Enemy and I’m Alive.

Since then, Bach has released one more full-length album entitled, Give ‘Em Hell in April 2014. His second record with Frontiers Records, it peaked at number three on the Hard Rock Albums Chart and sold close to 4000 copies in the first week.

On December 6th, 2016, Bach released his autobiography, 18 and Life on Skid Row through Dey Street Books. In the book, he shares his remarkable career with readers, including a number of tales from when he travelled on the road with artists, Guns N’ Roses, Bon Jovi, Motley Crue, and more. To celebrate and promote the release, he will also be traveling across the country for a book signing tour throughout the month until December 17th, 2016 at the Hard Rock Hotel in Las Vegas. If that’s  something that you’d be interested in, know that tickets for the tour are still availableーfor only $27.99, you’ll be able to meet Bach up close and personal as well as snag a copy of 18 and Life on Skid Row for him to sign.