Idris Elba Net Worth – How Rich is Idris Elba 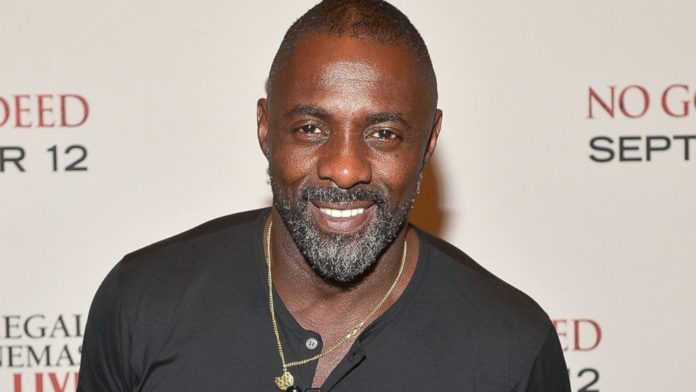 If you can say anything about Idris Elba, it’s that he’s a busy guy. In 2016 alone, the man appeared in a whopping six different movies. He is currently slated to appear in at least four films in 2017. Idris Elba has become a fixture of the entertainment industry, but the road to success for him has been a long one. In this article, I’m going to be talking about how Idris was able to transition from television to movies. I’m also going to talk about how he has managed to line his pockets in the process. Without further ado, let’s take a closer look into this British movie star.

How did Idris Elba make his money & wealth?

Idris Elba was born in 1972 in London, England. He was drawn to entertainment from a very young age, with his first role coming in a local stage production. While he was performing in this production, he met his first agent. When he was in his late teens, he began to dabble in DJ’ing. In 1987, he and some of his friends had formed a DJ company. He supported himself in the beginnings of his career by performing a variety of different odd jobs. From call centers to mechanics to car dealerships, he did everything that he needed to do in order to support himself. He got his first big break in 1995 when he acquired a major role in the television drama Bramwell. Elba continued to appear in supporting roles across a variety of different British programs, like The Bill, Family Affairs, and The Ruth Rendell Mysteries. 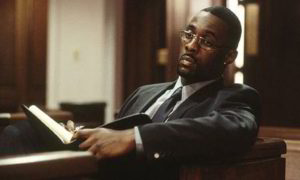 Gradually, Idris began to shift away from British roles, however. In 2001, he appeared in an episode of Law & Order. In 2002, he was able to get his hands on one of his biggest roles yet. He was cast in The Wire as drug kingpin Stringer Bell, which would be one of his most iconic and memorable roles in the United States. Idris was highly praised for his performance which, when compared to his previous work, showcased his range and abilities as a dramatic actor. He held that role up until 2004, and he got right back to acting once he was done with it. As soon as 2005 came around, he was in another HBO role as Captain Augustin Muganza in Sometimes in April. In 2007, he acquired his first lead role in a major film with Daddy’s Little Girls, a romantic drama-comedy by Tyler Perry. This turned out to be something of a gateway role for Idris, who appeared in 28 Weeks Later and The Christmas later in that same year.

Elba continued to develop buzz around him, which resulted in him landing another major television role. In 2009, it was announced that he would be playing a character in the hit television show The Office. He had his own arc and everything, and his character was well-received. While all of this is going on, Idris Elba was also working a little bit on his career in music. I don’t think that anyone can deny that Elba’s main thing is acting, but he still prides himself on his abilities as a DJ. In 2009, he announced the release of his first single. In 2010, he released an EP entitled High Class Problems Vol. 1. Believe it or not, the album actually did really well. A lot of the times, actors will dabble in music and fail colossally. The performance of High Class Problems Vol. 1 just proved that he was more than just versatile on the screen. However, like I said before, acting is his forte, and so he inevitably returned to it in the years to come. 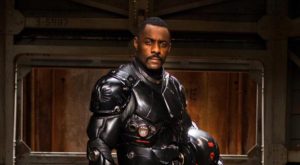 2012 and 2013 were big years for Elba. First, he was able to earn a role in Ghost Rider: Spirit of Vengeance. The film was a sequel to Ghost Rider, a Nicholas Cage movie that was a massive hit at the box office. He also had a major role in Prometheus, a Ridley Scott science-fiction film that made over $400 million in the box office. In 2013, Idris had three major hits in a row. First, he played the role of Stacker Pentecoast in Pacific Rim. The film was a critical and box office hit, and Idris was considered one of the brightest spots in it. Then, Elba reprised his role as Heimdall in Thor: The Dark World. The film itself was panned by many critics, but no one really singled out Idris individually. Finally, Idris played Nelson Mandela in Mandela: Long Walk to Freedom. This is considered to be one of Elba’s best performances of all time, and it got him a nomination for a Golden Globe. By this point, pretty much everyone in the entertainment industry could agree that Idris Elba had established himself as a lot more than just an old television actor.

In the years to follow, Elba showed no intention of slowing down. He played a variety of different roles, from Star Trek Beyond to The Gunman. Elba has also recently shown a strong inclination toward voice acting. In 2016 alone, he had a major role voicing characters in The Jungle Book, Zootopia, and Finding Dory. This is a pretty impressive feat, especially when you consider the fact that these were three of the biggest animated films of the year. Whether it’s music, television, or film, Idris Elba has shown that he has tons of talent. Although his career has been a long time in the making, his hard work has been paying off over the course of the last five years. Fortunately for Elba, all of this headlining work has also earned him some headlining paychecks. Working in Hollywood tends to be lucrative, and it has been no different with his work.

No, believe it or not, Idris Elba is not married. Although he is considered one of the most attractive men in Hollywood, he has been divorced twice. He was married to his first wife Hanne between 1999 and 2003, and he was married to his second wife Sonya for just one year in 2006.

Does Idris Elba have kids?

Despite not being married right now, Idris is still a father. His daughter is named Isan, and his son is named Winston. Although his work keeps him very busy, he still takes the time out of his day to make sure that his kids grow up with a good father figure.

Movie stars don’t typically broadcast their salary in the same way that athletes do. However, if you look at how much Idris has done in the last couple of years or so, you can make some educated guesses as to how much he makes per year. Based on the box office performance of some of his films, it can be estimated that he makes around $1.5 million per year. That’s kind of a misleading figure, though. In terms of the box office performance of the films that he actually appears in, he is one of the highest grossing actors of all time.

How much does Idris Elba make per day?

If you use that $1.5 estimation as a starting point, you can just use some simple arithmetic to figure out that he makes around $4,109 a day. That’s not as much as some other people in Hollywood make, but it’s definitely enough to allow him to live comfortably.

Unlike some Hollywood stars, Idris isn’t the kind of guy who is considered to be arrogant or rude to others. He has spent a lot of his time, money, and energy to ensure that various charity organizations receive the support that they deserve. Over the years, he has supported charities such as Cancer Research UK, Prince’s Trust, and the Staying Alive Foundation. A lot of people look up to him, and he has taken that responsibility on with grace.