What Happened to Michael Cera – What He’s Doing Now Update 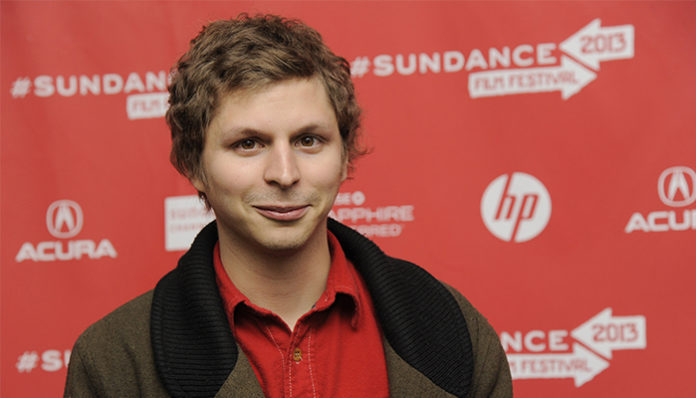 Michael Cera is a Canadian actor who first rose to fame as a child actor in the spy comedy, Confessions of a Dangerous Mind. Inspired to pursue acting ever since he watched Ghostbusters when he was sick at home with the chicken pox when he was three years old, he enrolled in improv classes when he was still a grade schooler. By the time he was eight, Cera was landing commercial gigs on national television, including those for Pillsbury and Tim Horton’s. Wanting to test his luck further, he later auditioned for 200 television commercials however none would end up yielding any work, much to his disappointment. Not giving up, Cera continued to take part in various auditions and eventually landed a few roles on television. At the age of ten, he made his small screen debut in the TV film, What Katy Did. From there, he was also cast in the series, My Best Friend is an Alien (1999), Noddy (1999), and Twice in a Life Time (1999) later that same year.

After a few years of working minor roles, Cera received a big break in 2002 when he was cast as young Chuck Barris in the biographical spy film, Confessions of a Dangerous Mindーa part which proved to be significant in the launching of his acting career. As a young voice actor, he also lent his voice to the popular children’s series, Berenstain Bears (2002), Pecola (2003), Rolie Polie Olie (2003), and Braceface (2005). However he never strayed too far from his love of live-action acting; in 2003, he received another breakthrough when he was cast as one of the lead characters in the award-winning sitcom, Arrested Development. Cera’s portrayal of George Michael garnered him much critical praise and also earned him two Screen Actors Guild Award nominations in 2005 and 2006. Speaking of accolades, his performing talents have also netted him a TV Land Award, a Chicago Film Critics Association Award, and a Satellite Award.

Although he started off his career in the acting scene, Cera is also a talented musician. In 2010, he acted as a backup vocalist for Weezer’s hit, Hang On. In the summer of 2014, the actor released his debut studio album entitled, True That via Bandcampーwhich featured nineteen original tracks and two covers. More recently in 2015, Cera also made a guest appearance in Canadian singer Alden Penner’s song, Meditate; it was later announced that the former would be accompanying the latter on his European tour. Aside from being a vocalist, Cera is also a bass player with the indie rock bands, Mister Heavenly and The Last Goodbye.

So what has the former child actor been up to since then? Has he continued with his music career or has he been focusing more on acting? What happened to Michael Cera? Where is he now in 2018? 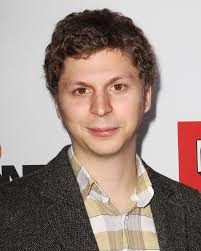 Born on June 7, 1988, in Brampton, Ontario, Michael Austin Cera is the son of Luigi and Linda Cera; he is of Dutch, Irish, English and Scottish ancestry. The second out of three siblings, he has a younger sister named Molly and an older sister named Jordan. When Cera was three years old, he fell ill with the chicken pox; consequently, he spent much of his time sitting in front of the television watching the supernatural comedy, Ghostbusters (1984); a fan of actor Bill Murray, he had memorized all his dialogue in the movieーit was ultimately this film that inspired him to pursue a career in acting. Wanting to hone his skills, Cera later enrolled at The Second City where he took improv classes. His training soon paid off; by the time he was eight, he had landed a small handful of television commercial gigs including those for Tim Horton’s and Pillsbury.

Supported by his mother, Cera later tried out for over 200 commercials; however much to his disappointment, none of the auditions went on to yield any work. Determined to succeed despite the initial lack of success, the aspiring actor continued to audition for various roles and eventually landed a small part in the TV movie, What Katy Did in 1999ーwhich served as his television debut. Later that same year, he was also cast as a recurring character for the first time in the comedy series, My Best Friend is an Alien (1999). Slowly offered more roles, Cera appeared in Twice in a Lifetime (1999), Noddy (1999), Switching Goals (1999), Steal This Movie (2000), and Stolen Miracle (2001) over the next couple of years. Throughout the early 2000’s, the young actor also lent his voice to a number of animated characters including those from Pecola (2001), Braceface (2001), The Ripping Friends (2002) and The Berenstain Bears (2003).

Around that time, Cera also received a big break in his career when he was cast as young Chuck Barris in the spy comedy film, Confessions of a Dangerous Mind (2002). 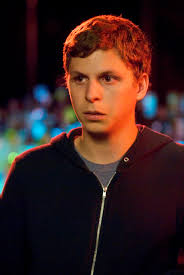 Directed by award-winning filmmaker George Clooney, Confessions of a Dangerous Mind premiered in December 2002, and was later released nationwide in January 2003. His directorial debut at the time, the spy comedy depicted the life of popular game show host and television producer, Chuck Barris, who claimed he’d worked for the CIA as an assassin back in the 60’s and 70’s.

Although it received numerous positive reviews upon its release, Confessions of a Dangerous Mind was only a mild commercial success, grossing a little over $33 million from a $30 million budget. While actor Sam Rockwell played the role of present-time Barris in the film, Cera portrayed the part of young Barris whom appeared in numerous flashbacks. The movie also starred several big-name actors including Julia Roberts, Drew Barrymore, and Rutger Hauer. Although Cera didn’t play a major lead character per se, his role in the film ultimately garnered him much attention as a child actor at the time.

Following his film appearance in the spy movie, Cera appeared in a string of television series such as The Grubbs (2002), and The Ripping Friends (2002), prior to landing another breakthrough in 2003. That year, he was cast as one of the lead characters in the Fox sitcom, Arrested Development. Created by Mitchell Hurwitz, the series debuted on the screens in November of that year and quickly garnered much critical acclaim. Starring Jason Bateman, Portia de Rossi, Will Arnett, Alia Shawkat, and Tony Hale, amongst others, it revolved around the dysfunctional Bluth family while focusing on the son, George-Michael Bluth (played by Cera), whom attempts to take over the family affairs after his father is sent to prison.

Named as “The Funniest Show of All Time” by IGN, Arrested Development won countless awards during its run including six prestigious Primetime Emmy Awards and a Golden Globe Award. Despite having attracted a cult following at one point however, the sitcom was eventually cancelled in 2006 after receiving low ratings on the network. At the time of its cancellation, the series had run for close to seventy episodes. For his portrayal in Arrested Development, Cera received much recognition as an actor, having garnered a TV Land Award and two Screen Actors Guild Award nominations. 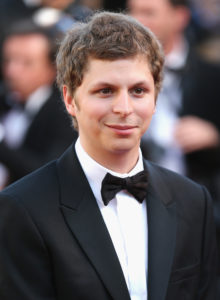 In 2007, Cera starred in the independent comedy film, Juno alongside actors Ellen Page, Jennifer Garner, Jason Bateman and Allison Janney. Filmed in Vancouver, British Columbia, it was released in December of that year to overwhelmingly positive reviews. Despite the fact that it was only released in seven theatres in Los Angeles, Juno grossed over $420,000 in its debut weekend. Surpassing even the filmmakers’ expectations, it went on to earn over $231 million worldwide.

Directed by Jason Reitman, the indie film revolved around a young teenage girl named Juno, who finds herself having to face with an unplanned pregnancy. Critically acclaimed, Juno received numerous awards including an Academy Award, two satellite Awards and a Critic’s Choice Award, amongst many others. In the film, Cera portrayed the character of Paulie Bleeker, the father of Juno’s unborn child. Applauded for his performance, the actor received a Chicago Film Critics Association Award for “Most Promising Performer” and an Austin Film Critics Association Award for “Breakthrough Artist” later that year.

The next year, Cera returned to the big screen in the romantic comedy, Nick & Norah’s Infinite Playlist. Adapted from a novel of the same name by David Levithan and Rachel Cohn, it told the story of teenagers Norah and Nick, who meet after the former asks Nick to be her pretend boyfriend for five minutes. Opened in theatres that fall, Nick & Norah’s Infinite Playlist ranked third at the box office, having grossed over $11 million over its debut weekend. A commercial hit, it went on to earn over $33 million across the globe. Featuring a screenplay written by Lorene Scafaria, it starred Cera and actress Kat Dennings as Nick and Norah respectively; other members of the cast included Alexis Dziena, Ari Graynor, Aaron Yoo and Jay Baruchel. Met with positive reviews by viewers and critics alike, the comedy film later received a GLAAD Media Award nomination for “Outstanding Film”; in addition, it also earned Cera a Satellite Award nomination for “Best Actor in a Motion Picture: Musical or Comedy.”

His next big hit came in 2009 when he was cast as the main protagonist in the drama film, Youth in Revolt. Written by Gustin Nash, the movie was released in theatres in January 2010 after premiering at the Deauville American Film Festival the previous fall. Positively received by audiences and critics, it followed revolved around a socially inept teen named Nick Twisp who is desperate to lose his virginity to his dream girl, Sheeni Saunders. Upon its debut, Youth in Revolt grossed close to $7 million at the box office; it later went on to gross a total of $19.6 million worldwide. Aside from Cera and Portia Doubleday, who portrayed the roles of Nick and Sheeni respectively, the movie also starred Jean Smart, Zach Galifianakis, Erik Knudsen, and Steve Buscemi.

Keeping a busy schedule, Cera has a number of upcoming projects including the films Captain Dad, Person to Person, Molly’s Game, and How to Be a Latin Lover. Another highly-anticipated movie that the actor will be starring in includes the 3d animated film, The Lego Batman Movie. A spin-off to The Lego Movie (2014), it will revolve around the character of Batman from the DC Comics universe as he attempts to save Gotham City from the nefarious antics of The Joker. Currently scheduled to be released in February 2017, The Lego Batman Movie will also star the voices of Will Arnett, Zach Galifianakis and Ralph Fiennes.

Aside from the big screen, it has also been announced that Cera will be making a guest appearance in the pilot episode of the crime drama series, Twin Peaks. While the plot has not yet been announced, the cast list will include Madchen Amick, Dana Ashbrook and Sheryl Lee.