What Happened to Chris Kirkpatrick – Where’s The NSYNC Member Now? 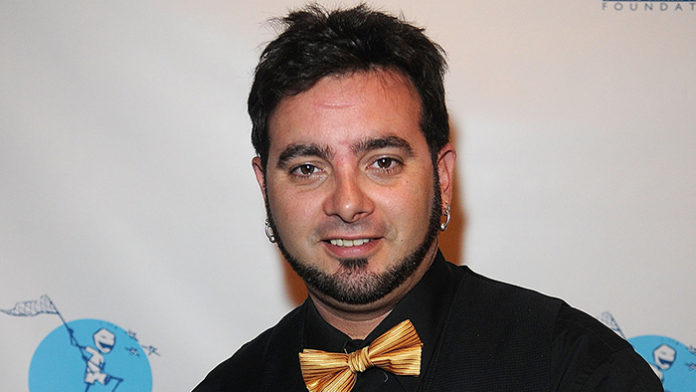 Chris Kirkpatrick is an American singer who is probably best known for being a founding member of the  90’s boy band, N’Sync. Coming from a musical family, singing had always been a passion for Kirkpatrick. In his early twenties, he landed a job at Universal Studios singing and performing with a doo-wop group known as “The Hollywood Hi-Tones”ーit was then that he eventually crossed paths with Lou Pearlman, a record producer who was looking to form a music group at the time. Having just missed the cut for the Backstreet Boys a little while back, the meeting between the two couldn’t have taken place at a better time for Kirkpatrick. Alongside Pearlman, the pair soon began recruiting members for their own music group; they later decided on Joey Fatone, JC Chasez, Justin Timberlake and Jason Galasso. Naming themselves as N’Sync, after the last letter of their names, they began rehearsing regularly and eventually performed onstage for the first time at Pleasure Island in 1995. From there, it didn’t take long for the band to land a recording contract with BMG records.

Under the label, they released their eponymous debut album, NSYNC in 1998. A huge hit, it quickly propelled the group into celebrity status in the late 90’s. Two years after this initial success, they followed up with a second studio album entitled, No Strings Attached, which was released in the spring of 2000; to date, it remains to be their best-selling album, having sold close to 13 million copies within the United States alone. In total, Kirkpatrick and the rest of his bandmates have released three full-length albums, three compilation albums, twenty four music videos and eighteen singlesーtheir most successful song being that of their number one hit, It’s Gonna Be Me. One of the most popular music groups of the 90’s, the seven-time Grammy Award nominated group has also won numerous industry awards including seven MTV Video Music Awards, seven Teen’s Choice Awards, two People’s Choice Awards, two Billboard Music Awards, amongst countless others.

Aside from his work with N’Sync, Kirkpatrick is also a voice actor and has lent his voice to a number of animated series such as The Fairly Odd Parents (2002-2005), The Simpsons (2001), and Stripperella (2004). On top of doing voice-overs, he has also appeared in a handful of live-action television films and movies including George Clinton’s Gongafunkadine (2013), Sharkanado 3: Oh Hell No! (2015), and Dead 7 (2016). In 2008, he was also a cast member in the second season of CMT’s reality series, Gone Country (although he ended up being eliminated). That same year, he also guest-starred in an episode of the popular ABC dancing competition series, Dancing with the Stars.

So what has the N’Sync singer been up to these recent years? What are some of his latest projects? What happened to Chris Kirkpatrick? Where is he now in 2018? 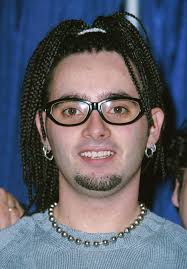 Born on October 17, 1971, Chris Kirkpatrick is the son of Beverly Eustice and Byron Kirkpatrick; his father left when he was still a toddler, as a result, he was raised majorly by his mother. Growing up with his mother and four younger siblings, he and his family lived mostly in poverty; in fact, it wasn’t uncommon for them not to be able to bring food to the dinner table. At one point in his early life, Kirkpatrick even had to live with his friends for a short period as they didn’t have a house for everyone to live in. In order to help his single mother, he soon began to work at a farm while he was still a grade schooler. As a teen, he attended Dalton High School in Ohio; by the time he was sixteen, he started working at a local grocery store to help provide for his family.

Despite the hardships that he’s had to face, Kirkpatrick always had one thing going for himーhis musical talents. A gifted singer, he eventually landed a job working at Universal Studios where he sang as part of a doo-wop group known as “The Hollywood Hi-Tones.” One fateful day while he was working, he crossed paths with music producer, Lou Pearlman. At the time, the aspiring musician had just missed the cut off for The Backstreet Boys; however as luck would have it, Pearlman had just also been entertaining the idea of forming a new boy band. Having shown interest in the project, Kirkpatrick was then told by the producer to recruit a few other talented male singers for the group. With that, he called up Joey Fatone, a friend whom he’d met during his time in Universal Studios, and together, the two began discussing further plans with Pearlman. By 1995, the group was complete; the members consisted of Justin Timberlake, HC Chasez, Jason Galasso, Joey Fatone and Kirkpatrick himself. 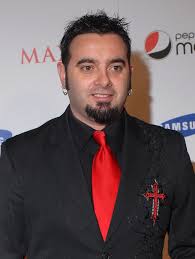 With everything in place, the boy bandーnow known as N’Sync, named after the last letter of each of the member’s names, began rehearsing and learning various dance routines in Orlando, Florida. Despite their organization, they soon found themselves in a sticky situation after bass singer, Galasso, abruptly dropped out of the group; in need of a bass member, the bandmates eventually recruited sixteen year old Lance Bass into the band, under the recommendation of Timberlake’s voice instructor. Back as a quintet, they later held their first public performance at Walt Disney World Resort’s shopping district, Pleasure Island. Following the event, they sent a two-song demo tape to music manager, Johnny Wright. Impressed by what they put forth, he later invited N’Sync to perform in front of a group of executives from BMG Recordsーthe label then signed with the boy band in 1995.

Under the company, they released their eponymous debut album, NSYNC in March 1998 (it was released earlier in Germany in 1997). A huge hit upon hitting the stores, it featured thirteen pop songs,  most of which were performed by the group’s lead vocalists, JC and Justin; a few titles from its track list include For the Girl Who Has Everything, I Just Wanna Be With You, Everything I Own and Crazy For You. A commercial success, NSYNC peaked at the second position on the Billboard 200 and eventually spent close to thirty weeks amongst the top ten. Hugely popular overseas, the album also peaked within the top five in a handful of countries including Austria, Canada, Germany, Malaysia, Hungary, and Switzerland. The worldwide edition of NSYNC later went on to produce four singles including I Want You Back, Tearin’ Up My Heart, God Must Have Spent a Little More Time on You, and I Drive Myself Crazy. One of the best-selling albums of its year, it has since sold over 15 million copies worldwide; it later received Diamond certification from the RIAA in January 2000.

Three years after this initial release, N’Sync released their second studio album, No Strings Attached in March 2000. Their first album with Jive Records, it featured a blend of both R&B and pop amongst its twelve tracks; one particular song, Space Cowboy (Yippie-Yi-Yay) featured the American hip hop singer, Lisa Lopes. Although No Strings Attached was delayed several times due to ongoing legal battles between BMG and their former manager, Lou Pearlman, it went on to become a huge hit. Surpassing the success of their debut album, it debuted at number one on the Billboard 200 and sold a record-breaking two and a half million copies within the first week of releaseーa record that lasted for fifteen years. In support of No Strings Attached, the boys embarked on a national tour which spanned over eighty shows. The band’s most successful album to date, it charted in over two dozen countries worldwide including Japan, Belgium, New Zealand, Spain, Switzerland, Ireland, Hungary, and many others. As of 2000, it was the fourth best-selling album across the world; it was later certified 11x Platinum/Diamond by the RIAA in May 2001.

In July 2001, the popular boy band released their final full-length album, Celebrity under Jive Records. Their second album to enter the Billboard 200 at number one, it was also noted for featuring more production and songwriting from the group’s members compared to their earlier works. Met with praise upon its release, Celebrity has been described by mainstream critics to be the band’s “most varied album yet.” While it didn’t match the amount of sales produced by No Strings Attached per se, it did go on to sell over 1.8 million copies within the first week. Given a four and a half star rating from critics at Allmusic, the album showcased thirteen tracks including Up Against The Wall, See Right Through You, Just Don’t Tell Me That, Something Like You and The Game is Over, amongst others. Their second-best selling album, Celebrity peaked at number one in both Canada and Malaysia and also charted in over twenty other countries. Just one month after its release, it was certified 5x Platinum by the RIAA for selling over five million units in the country.

Chris Kirkpatrick as a Contestant on Gone Country

In the spring of 2008, it was announced that the former N’Sync member would be taking part in the second season of the American celebrity reality series, Gone Country. First premiered that January, it features a group of contestants who compete against each other throughout the season for a chance to win, record and release a country single with music producer, John Rich. Every episode, the competitors engage in a number of challenges, with the help of Nashville’s finest songwriters. A contestant on the second season of the show, Kirkpatrick went up against Jermaine Jackson, Sean Young, Mikalah Gordon, Sebastian Bach, Irene Cara and Lorenzo Lamas. Despite his efforts, he was later eliminated from the competition while former Skid Row vocalist, Bach emerged as the winner.

What Happened to Chris Kirkpatrick – What’s He Doing Now in 2018? 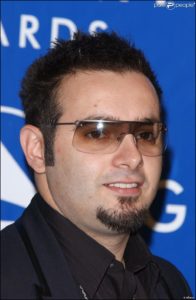 This February, Kirkpatrick tweeted a photo that sparked much enthusiasm from fansーit was of him, and fellow N’Sync founder Joey Fatone. While the boy band hasn’t released any new material since 2001, it would appear that the members are still close contact with one another. While the picture itself was a nice treat, the excitement came after Fatone replied to Kirkpatrick’s tweet, confirming that yes they are indeed working on a song togetherー no release date was mentioned however, only that they would fill us in “when the time is right.” What do they have in store for us fans? We’ll have to wait and find out.

Speaking of music projects, Kirkpatrick also recently recorded a theme song for the post-apocalyptic zombie horror film, Dead 7 this year, alongside Nick Carter of Backstreet Boys fame. The song entitled In the End, can be heard playing over the film’s credits.

If you’d like to stay connected with the former N’Sync member, you can do so by following him on social mediaーyou can find Chris Kirkpatrick on Twitter under his handle @IAmCKirkpatrick.