What Happened to Ace Hood – News and Updates 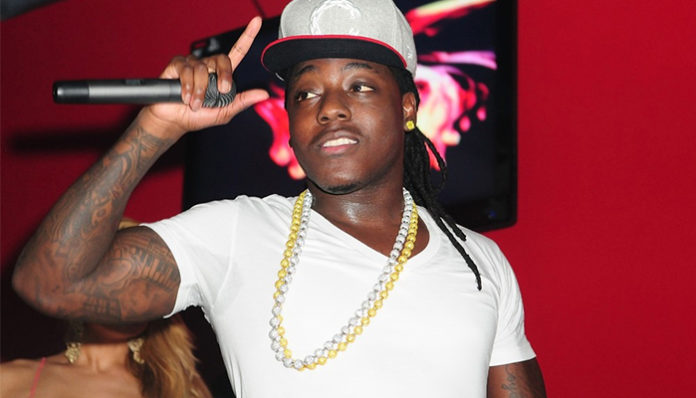 Ace Hood is an American rapper who first broke out into the R&B music scene with his debut album, Gutta in 2008. A fan of rap ever since it brought him solace after an unfortunate football injury during his teenage years, he began recording tracks when he was seventeen years old. With the help of Dollarz & Dealzーa local label, he soon put out a few street singles including M.O.E. (Money Over Everything), which quickly grew to become a huge hit. Following his initial success, he met with DJ Khaled at a local radio station and handed him his demo tape, which he had freshly recorded. Impressed by his work, the Miami DJ eventually signed him onto his label, We the Best Music which was distributed by Def Jam RecordsーHood was nineteen years old at the time. From there, the aspiring musician released his debut single entitled, Cash Flow in the spring of 2008; it was later followed by his  first full-length album, Gutta, in November 2008.

A talented rapper, his initial works eventually garnered him much fame and attention in the hip hop scene. Since then, Hood has released four studio albums, twelve mix tapes and seven singlesーmany of which have charted in the United States. To date, Bugatti remains to be his most successful single, having sold over one million copies within the country. On top of that, he’s also worked with a number of popular artists over the years including Rick Ross, Trick Daddy, Ray J, Bow Wow, Swizz Beatz, Rich Homie Quan, amongst many others. In fact, one of the songs in which he guest starred as a featured artist, Out Here Grindin, went on to receive Gold certification from the RIAA. Throughout his career, his musical efforts have earned him a total of five BET Hip-Hop Award nominationsーincluding ones for “Track of the Year”and “Best Collaboration in a Duo or Group.”

A natural in front of the cameras, Hood has starred in over a dozen music videos including Derek G’s B-Boyz (2012) and Dayo’s Welcome To My Hood (Remix) (2011). No stranger to the stage, he has performed at the BET Awards multiple times with artists such as Kevin McCall, Chris Brown and DJ Khaled. Speaking of public appearances, Hood has also starred in a small handful of television programmings including Memorial Weekend Miami Best of the Best (2011), MTV Video Music Awards 2011 Pre-Show (2011), Mobbed (2012), RapFix Live (2013), and The Playboy Morning Show (2015). Did you know Hood also played a small part as an actor in a video short back in 2009?

So what has the American rapper been up to as of late? Is he still frequenting the studio regularly? What new projects have he been working on recently? What happened to Ace Hood? Where is he now in 2018? 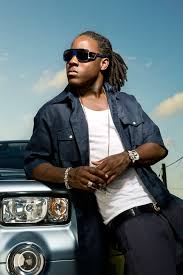 Born on May 11, 1988, in Broward Country, Florida, Ace Hood (Real Name: Antoine McColister) was raised by his single mother in the Deerfield Beach area, where he also lived with his younger cousin. An avid athlete, he played as the cornerback at his high school’s football team in his teen years. Dedicated to the sport, his early aspirations were in fact, to become a professional football player for the NFL. Despite his talents on the field however, his dreams were eventually cut short during his sophomore year, when a nagging knee injury took away any chance of a football career; although doctors initially reassured him that it was simply a jumper’s knee, the condition quickly deteriorated and became a lot more serious than they’d anticipated. While he unfortunately had to let his dream go, he soon turned his attention towards his second loveーrap music.

Giving it 110%, Hood started recording his own tracks by the time he was seventeen. After teaming up with a local music group called Dollaz & Dealz, he was able to put out a few street singles including M.O.E., which quickly grew to become a huge hit in his native Florida. Wanting to further promote himself, he later began attending various talent shows and open mic events around town. When he was  nineteen, he met American record producer DJ Khaled outside a local radio station, which played mainly R&B and hip hop music. Jumping at the opportunity, Hood handed the DJ one of his demo tapes and hoped for the best. Offering to give the aspiring rapper a chance, DJ Khaled then asked Hood to perform freestyle over the instrumentals of one of his new songs; impressed at what he was able to deliver, he eventually signed him onto his label, We the Best Music Group. 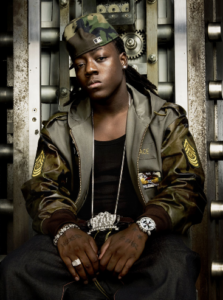 Two years after securing the recording deal, Hood released his debut album entitled, Gutta in November 2008. Produced with the help of Antonio Reid, Shakir Stewart, The Runners, Drumma Boy, Cool & Drew, amongst others, it entered the US Billboard 200 at number thirty-six and sold over 24,000 copies within the first week. Met with generally favourable reviews upon hitting store shelves, Gutta contained sixteen hip hop tracks, many of which featured artists such as Akon, Trick Daddy, Rock City, Trey Songz and Lloyld; a few highlights from the track list include Can’t See Y’all, Top of the World, Get Him, Fed Bound, and Get Em Up. Aside from having made its way onto the Billboard 200, the album also peaked at number two on the Billboard Top Rap Albums Chart and at number five on the Top R&B and Hip Hop Albums Chart. Supported by two singlesーCash Flow and Ride, it eventually also saw the release of two music videos for Get Him and Can’t See Y’all, the latter of which featured fellow American rapper, Brisco.

Just a few months after his debut, Hood released his second full-length album Ruthless in June 2009. Recruiting the help of DJ Khaled, whom helped the rapper to initially launch his career, it boasted thirteen songs, most of which were collaboration with other fellow artists; a few titles from the disc include Don’t Get Caught Slippin, Love Somebody, Wifey Material, Bout Me, Make a Toast, and Get Money. While it sold less than Gutta upon its initial release, having achieved just over 19,000 sales in  the first week, it did enter the Billboard 200 at number twenty threeーwhich was a marked improvement compared to his previous effort. Although some critics panned it for being “awfully inconsistent”, Ruthless did also receive praises for a few of its tracksーin particular, Loco with the Cake and Born an OG. Given a mediocre three star rating from Allmusic, the album went on to spawn two singles including Overtime and Champion; while the songs failed to chart on the Billboard 200, they managed to reach number seventy and number fifty-eight respectively on the US R&B and Hip Hop Albums Chart. 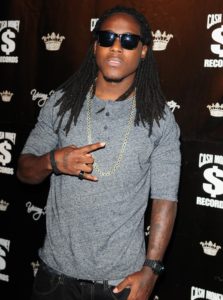 Two years later, the rapper released his third studio album, Blood, Sweat & Tears in August 2011. Another successful release for the artist, it entered the Billboard 200 at number eight and sold over 26,000 copies within the initial week. Once again featuring DJ Khaled as the executive producer, Blood, Sweat, & Tears boasted a twelve-song track list which included King of the Streets, Errythang, Memory Lane, Letter to My Ex’s, Lord Knows, Spoke to My Momma, and Lord Knows.

Similar to his earlier albums, it also featured a handful of guest appearances from artists such as Kevin Cossum, T-Pain, Rick Ross, Lil Wayne and Chris Brown. Regarded as a step-up from his previous works by many critics, the album was successful at snatching the number one position on both the Top Rap Albums and the Top R&B and Hip Hop Albums Charts. Given a four star rating from Allmusic, it eventually went on to spawn three singles including Hustle Hard, Go ‘N’ Get It, and Body 2 Bodyーall of which ended up on the US charts. Later that summer, a music video for Body 2 Body was released, featuring Chris Brown.

In July 2013, Hood released his fourth studio album entitled, Trials & Tribulations. Originally announced in January of that year, it was also the R&B artist’s first album to be distributed via Republic Records. Overwhelmed with positivity upon its release, Trials & Tribulations debuted at number four on the Billboard 200ーwhich was a considerable leap from the number eight that was achieved by Hood’s previous album. The disc contained fourteen tracks, a number of which were more “trap” than “hip hop.” Once again, the album featured plenty of guest artists including Future, Rick Ross, Meek Mill, Wiz Khalifa, Anthony Hamilton and 2 Chainz Birdmann. Praised as a well-rounded piece of work, it eventually went on to peak at number two on the Top R&B and Hip Hop Albums Chart; outside of the United States, it also charted in the UK and Canada, where it settled at number twenty-nine and number nineteen respectively. Hood’s best-selling album to date, it later produced four singlesーBugatti, We Outchea, We Them Niggas, and Riddas.

Shortly afterwards, the rapper released a mixtape titled Starvation 3ーthe third instalment of his Starvation seriesーin January 2014. Produced with the help of Cool & Dre, Beat Bully, Streetrunner, Beat Billionaire, Ben Billions and The Mekanics, it came complete with fourteen tracks including Everyday, Boyz N Da Hood, Brothers Keeper, Home Invasion, Save Us, and Skip the Talkn. A year later, Hood followed up with Starvation 4, which featured another eleven tracks; unlike his earlier works however, it did no feature any guest appearances. Although he initially announced that it would be the final instalment to the series, he eventually came out with Starvation 5 in July of this year. Around that time, Hood himself was also featured in DJ Absolut’s single, All We Know.

As mentioned above, Hood released his Starvation 5 mixtape earlier this year on July 11th, 2016. Featuring the production efforts of Scott Styles, The Mekaniks and London On Da Track, it came with eighteen tracks, two of whichーShe Loves and Go Modeーstarred Fabolous and Rick Ross respectively. Originally announced shortly after the release of Starvation 4 in November 2015, the rapper had stated that Starvation 5 would be last of his mixtape series.

Since then, he has also released the mixtape, Body Bag 4 on November 7th, 2016. His second with the Hood Nation label, it delivered twelve new beats including Beast of the South, Married to the Game, Keys to the Street, Seven Millian, My Girlfriend, and My Blower, amongst others. Praised to be “his best work to date” by XXL’s Scott Glaysher, the mixtape has been listened to hundreds of thousands of times since it was originally released online via digital download. You can easily listen to the tracks yourself via Hood’s SoundCloud.

If you’d like to stay connected with the American R&B artist, you can do so by following him on social mediaー you can find him active on Twitter under his username @acehood. Alternatively, you can also follow his latest posts on his official Facebook account (@acehood).