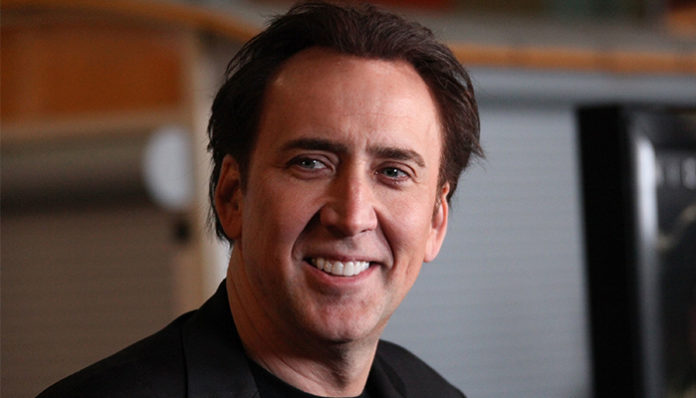 Nicholas Cage has starred in a number of high-profile films throughout his career including The Rock (1996), and City of Angels (1998). When he was fifteen, a summer class at San Francisco’s American Conservatory Theatre led him to discover the world of acting. Quickly falling in love with the art, he soon dropped out of high school in order to chase his newly found dreams of becoming an actor. Wanting to separate himself from his famous uncle, Francis Ford Coppola, who worked as a film director, he eventually changed his name to Nicholas Cageーwhich was partly inspired by the Marvels superhero, Luke Cage. When he was seventeen, the aspiring actor made his television debut in a TV film called, Best of Times (1981). Branching out into film, he later appeared in a film for the first time in Fast Times at Ridgemont High (1982). Some of his other early roles include those in Valley Girl (1983), Facing with the Moon (1984), The Boy in Blue (1986), and Peggy Sue Got Married (1986). By the time he starred in the cult classic, Rising Arizona in 1987, his popularity was already on the rise.

Continuing to hone his acting skills on-screen, Cage went on to appear in Vampire’s Kiss (1988), Never on Tuesday (1989), and Time to Kill (1989) before the end of the 1980’s. In 1995, he received a big break when he starred in the drama film, Leaving Las Vegas alongside Julian Sands and Elisabeth Shue. Critically acclaimed, the movie earned him his first Golden Globe for “Best Performance by an Actor in a Motion Picture” the following year. One of the highest-paid stars of Hollywoodーhaving earned approximately $40 million back in 2009ーhe has appeared in over 80 different roles throughout his professional career, many of which have garnered him industry awards. To date, Cage has accumulated four Blockbuster Entertainment Awards (e.g. Favourite Actor), two Jupiter Awards (e.g. Best International Actor), two MTV Movie Awards (e.g. Best On-Screen Duo shared with Sean Connery and John Travolta), a Screen Actors Guild Award (e.g. Outstanding Performance by a Male Actor in a Leading Role), and a prestigious Academy Award (e.g. Best Actor in a Leading Role), amongst numerous other nominations.

Known for his generosity, Cage has donated millions of dollars for charitable causesーfor instance, he donated $1 million to Hurricane Katrina victims and $2 million to the Amnesty International. Aside from monetary donations, the actor is also a supporter of Artworks, a program that helps to raise awareness and fundamental right in the work environment. For all of his humanitarian work, he was presented with a special Humanitarian Award from the United Nations in 2009. During his time on the film, Lord of War (2005), he even supported efforts to help promote international arms control.

So what has the highly accomplished actor been up to since then? What are some of the latest Hollywood releases that he was a part of? What happened to Nicolas Cage? Where is he now in 2018? 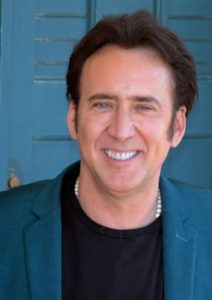 Born on January 7, 1964, in Long Beach, California, Nicolas Cage (Real name: Nicholas Kim Coppola) is the son of Joy Vogelsang, a choreographer and dancer, and August Coppola, a literature professor; he has two brothers named Christopher and Marc and is of German, Italian and Polish descent. The nephew of renowned film director, Francis Ford Coppola, he spent much of his childhood visiting his uncle in his home in San Francisco. When he was fifteen years old, he attended a summer acting course at the American Conservatory Theatreーit was ultimately during his time there that he fell in love with the art of acting. With his eyes set on becoming an actor, he eventually dropped out of high school in order to pursue his newly found dream.

At the age of seventeen, Cage made his television debut after being cast as a small role in the TV movie, Best of Time (1981). Shortly afterwards, he decided to change his name to “Nicholas Cage”, in order to prevent perceived nepotism as the nephew of a famous film director. Over the next few years, he continued to appear in a handful of films including Valley Girl (1983), Rumble Fish (1983), Racing with the Moon (1984), Birdy (1984), The Cotton Club (1984), and The Bird in Blue (1986). Known for his intense dedication, it has been said that Cage voluntarily had two teeth removed for his role in the 1984 war drama, Birdy. Carrying on with his acting into the 90’s, the actor eventually gained mainstream attention after being cast as the leading role in the romantic drama film, Leaving Las Vegas (1995). 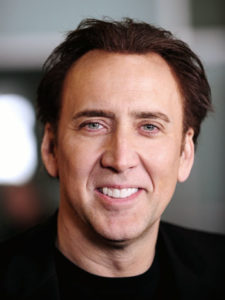 Based on a novel of the same name by John O’Brien, Leaving Las Vegas starred the actor as Ben Sanderson, a suicidal alcoholic who travels to Las Vegas with intentions of drinking himself to death; soon after his arrival however, he finds himself falling for a prostitute named Sera (played by Elisabeth Shue). Released in limited theatres on October 27, 1995, the movie received much praise from viewers and critics alike.

Named as “One of the Best Films of 1995” by the Chicago Sun Times, Leaving Las Vegas currently holds an impressive 90% approval rating on Rotten Tomatoes. Despite having been produced on a limited $3.6 budget, it went on to become a huge commercial successーgrossing over $32 million altogether. Filmed in both the United States and Canada, Leaving Las Vegas also featured actors Julian Sands, Richard Lewis, Steven Weber and Emily Procter. For his stunning performance as an alcoholic Hollywood writer, Cage was given an Academy Award for “Best Actor” in 1996.

The next year, Cage returned to the spotlight in the action thriller, The Rock (1996). Directed by Michael Bay, it centred around an ex-con and a FBI chemist, who must work together in order to stop a rogue group of military men, who are threatening to destroy the city with deadly VX gas, unless they are given $100 million. Opened in theatres on June 7th, 1996, it became an instant smash hit, eventually going on to gross over $335 million worldwide during its theatrical run. In spite of its commercial success however, The Rock was only met with mildly positive reviews from critics.

While actor Sean Connery played the part of Captain Patrick Mason, the renegade general in charge of the military group, Cage portrayed the role of FBI special agent, Dr. Stanley Goodspeed; other cast members in the film include Ed Harris, John Spencer, David Morse, William Forsythe, and Michael Biehn. Included in Time Out Magaine’s list of “Top Action Films”, The Rock later received an Academy Award nomination in 1997. Applauded for his performance, Cage was also recognized with a Blockbuster Entertainment Award for “Favourite Actor in an Action/Adventure” and a Jupiter Award for “Best International Actor”.

In the summer of 1997, Cage starred in the science fiction film, Face/Off opposite of actor, John Travolta. Noted for being one of director, John Woo’s first major creative outlets, it was released in theatres in the United States on June 27th of that year. Written by Michael Colleary and Mike Werb, it centred around a FBI agent and a ruthless terrorist, each of whom ends up presenting with one another’s physical appearance after undergoing face transplant surgeries. While Cage played the part of homocidal psychopath, Castor Troy, Travolta portrayed the role of FBI special agent, Sean Archer.

Aside from the two actors, Face/Off also starred Joan Allen, Alessandro Nivola and Gina Gershon. Critically acclaimed, the movie reaped in over $23 million during its opening weekend, and ranked at number one at the box office; it later went on to become the fourteenth highest-grossing film of its year, having earned over $245 million worldwide from a $80 million production budget. Nominated for an Oscar, Face/Off also garnered Cage a Blockbuster Entertainment Award, a Jupiter Award, and a MTV Movie Award. 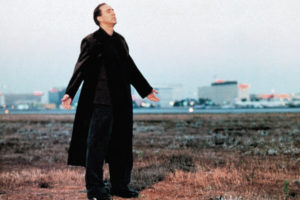 In 1998, Cage starred in the romantic fantasy, City of Angels opposite of actress, Meg Ryan. Based loosely on the 1987 German movie Wings of Desire, it told the story of Seth (played by Cage), one of the many angels sent to watch over and protect humans on earth; as he escorts a man into an operating room however, he is surprised to find out that the physician in charge is able to see him. Praised for its touching storyline and brilliant acting, it was released in theatres in April of that year in the United States. A box office success, City of Angels went on to gross over $198 million worldwideーearning over three times that of its production budget of $55 million. Featuring a screenplay by Dana Stevens, the film also recruited the help of actors Andre Braugher, Dennis Franz, Colm Feore, and Robin Bartlett. Nominated for a Golden Globe for “Best Original Song”, City of Angels later received an ASCAP Award for “Top Box Office Films” in 1999.

Transitioning over to comedy, the actor played the lead role in Spike Jonze’s Adaptation in 2002. An adaptation of the book, The Orchid Thief by Susan Orlean, it centred around a screenwriter named Charlie Kaufman who is tasked with writing a screenplay adaption for The Orchid Thief. Upon hitting the screens on December 6, 2002, Adaptation earned over $1 million from 672 theatres during its opening weekend. Commended for its comedy and originality, the movie currently holds a 91% Certified Fresh rating on Rotten Tomatoes. 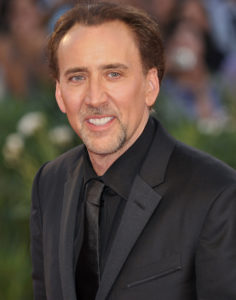 Just by looking at the actor’s IMDb profile, we can see that he has a number of upcoming films scheduled for 2018ーone of which is the horror movie, Mom and Dad. Written and directed by Brian Taylor, it will revolve around a teen girl and her younger brother who must survive a 24 hour period alone, after a mass hysteria causes all parents to violently attack their own children. Currently in the post-production stage, it will also star Selma Blair, Theresa Cook, Anne Winters, and Olivia Crocicchia.