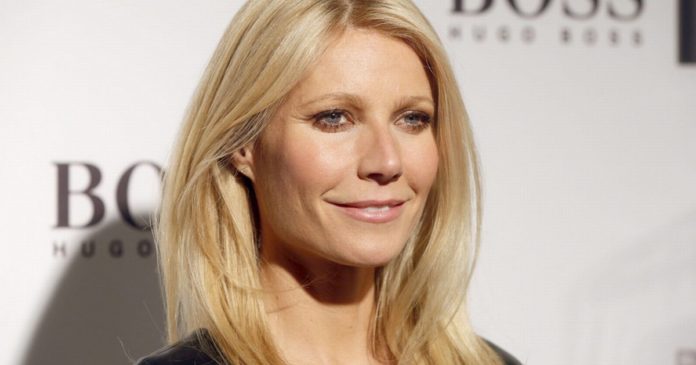 During the late 1990’s and early 2000’s, Gwyneth Paltrow was one of the bigger names in Hollywood. Due to high-profile appearances in films like Seven, Sliding Doors, and Shakespeare in Love, she saw herself rocket into stardom at a relatively young age. Following a bout of post-partum depression that came with the birth of her son in 2006. Generally, she took a long time off of entertainment in order to focus on raising her children. What about recently, though? Has Gwyneth Paltrow retired from acting entirely? In this article, I’m going to be talking a little bit about how Paltrow was able to become such a popular figure in Hollywood, while also making sure to discuss what she has been doing more recently.

Gwyneth Paltrow was born in September of 1972 in Los Angeles, California. She grew up in a home that was already fairly acquainted with the entertainment industry. Her mother was an actress, and her father was a film producer. Growing up, Gwyneth was primarily raised in Santa Monica. She attended Crossroads School for a time before she ended up enrolling in the Spence School, which is located in New York City. As far as higher education goes, Paltrow attended the University of California Santa Barbara for a brief time, majoring in anthropology. She didn’t stay for very long, making the decision to drop out of college in order to more seriously pursue a career in acting. 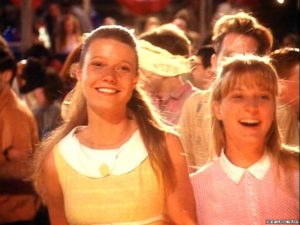 Paltrow’s road to stardom was not quite as rocky as the road of other Hollywood stars, if only because of the connections that she held to the industry. Her screen debut was in the 1989 made-for-TV movie High, which her father directed. Her mother, an actress, performed frequently at the Williamstown Theatre Festival, which meant that it was very easy for Paltrow to get in and make her stage debut with the festival in 1990. Due to this strong support system, she was able to lay a strong foundation for her future career. Her film debut came in 1991 with the release of Shout, the musical. Her role was very small, but it was still a strong start for this starlet.

Her next film appearance came in that same year, when she was cast as the young Wendy Darling in Hook. Again, this was a smaller role, but it meant a lot that Paltrow was capable of being cast by Steven Spielberg in such a big-budget, box office success of a film. Following Hook, she appeared in a couple more made-for-TV movies in Cruel Doubt and Deadly Relations. These films released in 1992 and 1993, respectively. One of her first major roles was in Flesh and Bone, a small neo noir film. This was no box office hit, but it was still one of the first roles where Gwyneth would see a great deal of critical attention. This would definitely not be the last of those roles.

In 1995, Gwyneth appeared in Seven, a mystery thriller directed by David Fincher and starring Brad Pitt and Morgan Freeman. The film was a critical and commercial success, and Paltrow ended up winning a Satellite Award nomination for her portrayal of Brad Pitt’s wife. She received her first starring role in 1996 where she played the titular role in Emma. Although this film was obviously not as popular as the likes of Seven, it was still a critically successful role for Paltrow, who had to put on an English accent. In 1998, she starred in Sliding Doors, a romantic comedy, which was considered another winning performance by the actress. In that same year, she starred in a contemporary adaption of Great Expectations. By this point in her career, Gwyneth Paltrow was becoming an increasingly familiar name in Hollywood. 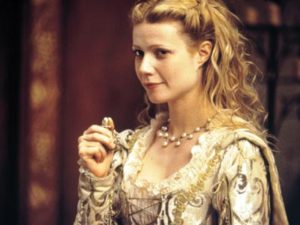 1998 was actually a really busy year for Paltrow, since in that same year, she also starred in Hush alongside Jessica Lange and A Perfect Murder alongside Michael Douglas. Her biggest role came in 1998, when she played Viola de Lesseps in the critically acclaimed movie Shakespeare in Love. This was arguably her most successful role from both a financial and critical standpoint. The movie made a great deal of money, and for her work, Gwyneth ended up receiving the Golden Globe Ware for Best Actress, the Academy Award for Best Actress, and the award for Outstanding Performance by a Female Actor in a Leading Role from the Screen Actors Guild. To date, it is considered to be the greatest performance that she has ever had. Some say that, since that role, she has never been able to attain that same level of acclaim and popularity.

In the years to follow, Gwyneth appeared in several other films, like The Talented Mr. Ripley, Bounce, The Royal Tenenbaums, and Shallow Hal. However, following the birth of her children, she made the decision to take a brief hiatus from film. She appeared in a few small roles, but nothing ever really touched what she was doing in the late 1990’s. Paltrow saw a screen resurgence in 2008, when she took on the role of Pepper Potts in the movie Iron Man. This was the highest grossing film that Paltrow ever appeared in, and she reprised the role in Iron Man 2, Iron Man 3, and The Avengers. Outside of that regular role, however, Paltrow has not seen the screen as much as she has in past years. Why is that?

During her hiatus from acting, Paltrow actually created a fairly large space for herself outside of your standard entertainment industry. As such a popular actress, she had an easy time of transitioning into a popular philanthropist, public speaker, food writer, and singer. She has also dabbled a little bit in television acting, having a notable role in Glee. As far as music goes, in 2015 she appeared on the Coldplay album A Head Full Of Dreams. Since 2005, she has been the face of Estee Lauder’s Pleasures perfume. Since 2006, she has been the face of Bean Pole National. Paltrow has obviously not had any issues finding work outside of just movies.

If you’re someone who appreciates what Gwyneth Paltrow is able to do on the silver screen, however, I wouldn’t worry just yet. Just last year, she returned to film with a major role in Mortdecai, a comedy where she appeared alongside Johnny Depp. In 2016, she briefly appeared in the documentary Justin Timberlake + the Tennessee Kids as herself. As Gwyneth has focused her attention on motherhood and other aspects of her career, she has admittedly neglected her career as an actress. However, considering her age and her talent, I highly doubt that she will be abandoning that avenue altogether anytime soon.