What Happened to Orlando Bloom – News and Updates 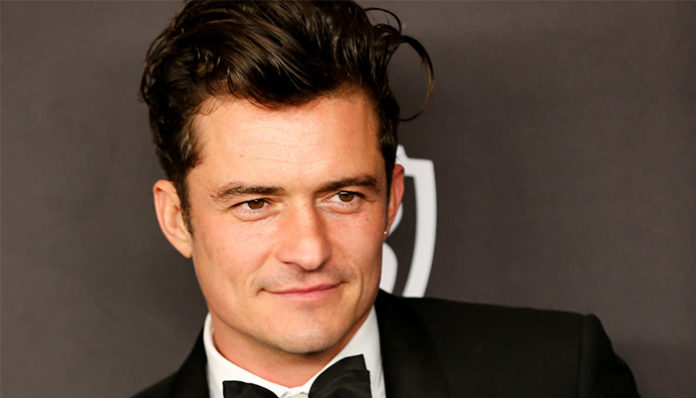 Handsome and dashing, Orlando Bloom is undoubtedly one of the most recognized Hollywood stars in the country. Encouraged to pursue the performing arts by his mother, he joined the regional theatre, where he began taking drama classes when he was a young boy. At the age of sixteen, Bloom moved to London and later joined the National Youth Theater. After several months at the institution, he was offered a scholarship to study at the British American Drama Academyーit was around that time that he landed his first acting role in the drama romance film, Wilde (1997). Continuing to hone his skills, he eventually went to the Guildhall School of Music and Drama, where participated in a number of stage productions. Over the next years, Bloom appeared as a cameo in various television series including Casualty (1997), The Ben Elton Show (1998), and Smack the Pony (1999). After many years of small roles, he finally received the big break that he’d been anticipating, when he was cast as one of the main leads in the film, The Lord of the Rings: The Fellowship of the Ring (2001).

A huge blockbuster, the movie quickly proved to be a commercial success as it drew in over $47 million on its opening weekend. Although it was his first time starring in a feature film, his performance earned him much praise and applause as an actorーincluding an MTV Movie Award for “Best Breakthrough Performance”; he would later go on to reprise his role as Legolas in the future sequels. Following his big break, he appeared in two smaller filmsーBlack Hawk Down (2001), and Ned Kelly (2003), prior to landing yet another lead part in the Disney swashbuckler film, Pirates of the Caribbean: The Curse of the Black Pearl (2003), opposite of Johnny Depp. Another memorable on-screen role, his portrayal of Will Turner earned him numerous awards including three Teen Choice Awards, and two MTV Movie Awards.

Besides his work as an actor, Bloom has also graced the screens in several TV documentariesーso far, he has been featured in Paula Goes to Hollywood (2005), Creative Accuracy: The Scholars Speak (2006), Mastering the Blade with Orlando, Keira and Jack (2006), The World of Chow Yun-Fan (2007), to name a few. Considering that he is one of the most popular actors in the countryーhaving appeared in over 40 different projects throughout his careerーit’s not surprising to know that Bloom has been invited onto countless talk shows over the years. To date, he has starred in The Tonight Show with Jay Leno (2006), Larry King Live (2007), Live! with Kelly (2011), The Colbert Report (2013), amongst others.

So what has the famed Hollywood star been up to these past few years? Is he still actively appearing in new films? If so, what are some of his latest projects? What happened to Orlando Bloom? Where is he now in 2018? 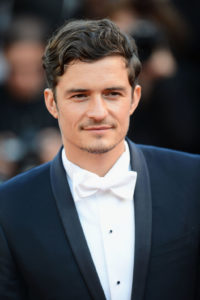 Born on January 13, 1977, in Canterbury, Kent, Orlando Jonathan Blanchard Bloom was raised by his mother, Sonia Constance Josephine, who was a surgeon; he is of English descent. Growing up with his sister Samantha, he spent much of his early life believing that Harry Saul Bloom, her mother’s husband, was his biological father.

It wasn’t until Bloom was thirteen years old, nine years after Harry’s death, that he was told the truth by his mother; his father was not Harry Saul Bloom, but instead Colin Stone, a close friend of the family’sーhe would later become his legal guardian. As a student, Bloom went to King’s School and then, St Edmund’s School in Canterbury; it was during his time there that he discovered he had dyslexia. Despite the reading difficulties that he faced, he later joined the city’s regional theater after being encouraged by his mother, to pursue drama and the arts.

When he was sixteen years old, he moved to London, where he enrolled at the National Youth Theater, in hopes of receiving further training in acting. After spending several months at the institution, he earned a scholarship to train and study at the renowned British American Drama Academy; it was also around that time that he received his first television role in the series, Casualty (1994). Continuing to hone his acting skills over the next few years, Bloom later made his film debut in the drama romance, Wilde (1997), as a rent boy. Over the next few years, the aspiring actor made small appearances in The Ben Elton Show (1998), Smack the Pony (1999), and Midsomer Murders (2000), although the first two roles were uncredited. However Bloom’s luck soon began to change after the new millenniumーin 2001, he was offered a lead part in the first of The Lord of the Rings trilogy, The Lord of the Rings: The Fellowship of the Ring (2001).

Orlando Bloom’s in The Lord of the Ring Film Series 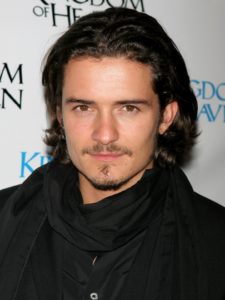 Based on a set of novels of the same name, The Lord of the Rings: The Fellowship of the Ring was released in theatres on December 19th, 2001. The first instalment of the trilogy, it followed the journey taken by a youth hobbit named Frodo and his companions as they set off to save the Middle Earth from a Dark Lord named Sauron, by destroying the One Ring. Critically acclaimed upon its release, the film grossed over $47 million over its opening weekend and received nothing but positive comments by critics.

Considered by many to be one of the greatest movies of the fantasy genre, it went on to be a massive hit at the box officeーgrossing well over $871 million around the world. The second highest-grossing movie of its year, The Lord of the Rings: The Fellowship of the Ring‘s elaborate cast included Sean Astin, Liv Tyler, Ian McKellen, Elijah Wood, Viggo Mortensen, Cate Blancheet, and many others. In it, Bloom played the role of Legolasーthe prince of elves who is also a talented archer. For his stunning performance in the film, the actor received an MTV Movie Award for the category of “Best Breakthrough Performance” and an Empire Award for “Best Debut”, amongst many others.

Just a year after being propelled into stardom, Bloom once again reprised his role as Legolas in the second film instalment, The Lord of the Rings: The Two Towers (2002). Continuing from where the previous movie left off, it followed Sam and Frodo as they carried on with their journey to Mordor in attempts to destroy the One Ring once and for all. Opened in theatres on December 18th, 2002, the film did even better at the box office than the first; during the opening weekend alone in the United States and Canada, it earned over $64 million.

The highest-grossing movie of 2002, The Lord of the Rings: The Two Towers received much praise from critics for its “emotional storytelling”ーit currently holds an impressive 96% rating on Rotten Tomatoes. Featuring the return of the original cast, the fantasy epic received numerous awards including two Academy Awards for “Best Visual Effects” and “Best Sound Editing” and a Grammy Award for “Best Score.” To date, it remains to be the 39th highest-grossing movie of all time, having earned over $926 million worldwide at the box office.

The following winter, Bloom reprised his role of Legolas for the third and final time in The Lord of the Rings: The Return of the King (2013). The last film of the trilogy series, it followed Aragorn and Gandalf as they fight against Sauron’s army, while approaching the One Ring. The most successful out of the three movies, it earned a staggering $1.1 billion worldwide at the box officeーmaking it the third film to have ever broke the one billion mark.

Hailed as a breathtaking masterpiece, The Lord of the Rings: The Return of the Kings was met with universal acclaim, many praising it for its powerful storytelling and satisfying conclusion; it would go on to win a record-breaking eleven Academy Awards at the annual ceremony later that year. For all the effort that they poured into the movie, the cast also received many awards including a Screen Actors Guild Award, a BFCA Award, a National Board of Review Award and a Phoenix Film Critics Society Award.

Orlando Bloom in the Pirates of the Caribbean Series 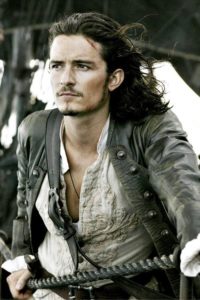 Also in 2003, Bloom starred in the popular fantasy action film, Pirates of the Caribbean: The Curse of the Black Pearl. Produced by Walt Disney Pictures, it centred around Jack Sparrow (played by Johnny Depp), a pirate captain, and Will Turner (played by Bloom), a blacksmith, as they travel together to rescue a young lady from the cursed crew of the Black Pearl.

Although many expected the movie to be a flop, as pirate-themed movies are typically unsuccessful, it proved to be quite an unexpected hit; upon being released nation-wide, it grossed over $46 million and ranked at number one at the box office. Quickly a blockbuster,  Pirates of the Caribbean: The Curse of the Black Pearl received many rave reviews from critics and viewers alike; it eventually went on to gross over $654 million across the globe. For his portrayal of Will Turner, Bloom garnered three Teen Choice Awards and an MTV Movie Award.

Three years later, the actor returned as Jack Sparrow’s sidekick in the sequel, Pirates of the Caribbean: Dead Man’s Chest (2006). Featuring most if not all of the original cast, it followed the pirate captain as he tries to recover Davy Jone’s heart in order to prevent enslaving his own soul to Jones’ service. Proving to be even more of a hit than the original film, it broke the record for the largest debut, having earned over $135 million during its opening weekend. The highest-grossing live-action movie for Walt Disney Pictures, Pirates of the Caribbean: Dead Man’s Chest received an Academy Award, a BAFTA Award, three People’s Choice Awards, amongst dozens of nominations. Another huge success for Bloom, it brought him two Teen Choice Awards for “Choice Movie Rumble” and “choice Movie Liplock.”

Despite the two films however, his adventures as Will Turner is far from over; in 2007, he reprised his role in the third instalment, Pirates of the Caribbean: At World’s End. Comparable to the previous movies, it went on to gross over $963 million at the box office.

What is Orlando Bloom Doing Now in 2018 – News and Updates 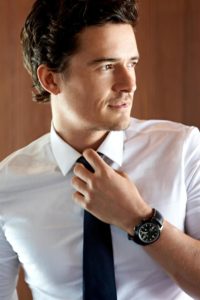 Speaking of the film series, it’s been announced that the actor will be starring in the upcoming sequel, Pirates of the Caribbean: Dead Men Tell No Tales (2017). Aside from Johnny Depp, Kevin McNally, and Geoffrey Rush who plays Captain Sparrow, Joshamee Gibbs ad Hector Barbossa respectively, the fifth instalment will also star Brenton Thwaites, Kaya Scodelario and Javier Bardem. Currently under production, it is set to be released on May 26th, 2017.

Aside from the highly anticipated pirate film, Bloom will also be starring as a lead character in the movies, Unlocked (2017), and Smart Chase: Fire & Earth (2017)ーboth of which are scheduled for a 2017 release.