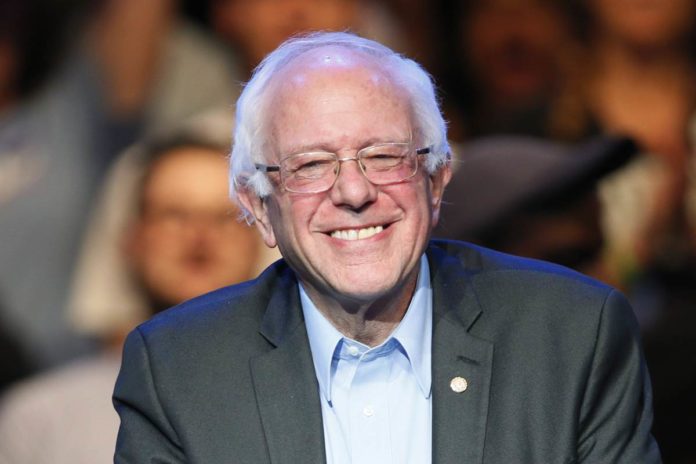 Bernie Sanders was one of the more popular Democratic presidential hopefuls during this year’s election. Although he may have come up short, his popularity among young voters still remains. Sanders has been the junior senator of Vermont since 2007, and his road to being a successful politician has been a long and grueling one. In this article, I’ll be talking about how Bernie Sanders was able to ascend to such a popular position in American politics, while also making sure to discuss how his success has affected him financially. Without further ado, let’s take a closer look at this New York-born politician.

How did Bernie Sanders make his money & wealth?

Bernie Sanders was born in September of 1941 in Brooklyn, in New York City. Bernie’s father immigrated to the United States from Poland when he was just a teenager, and many of Bernie’s paternal relatives were killed during the Holocaust. Sanders took a strong interest in politics at a young age. Coming from a Jewish, working class household, he felt an urge to make a difference in his community. Bernie attended James Madison High School, where he was captain of the track team and a strong contender for student body president. Shortly after Sanders graduated from high school, disaster struck and he saw the death of both of his parents. He began his pursuit for a college education at Brooklyn College, where he briefly studied before transferring to the University of Chicago. He was able to graduate from Chicago with a degree in political science in 1964. 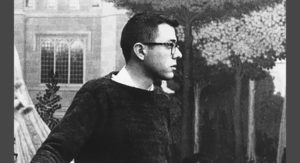 Before he had even graduated from the University of Chicago, Bernie Sanders was a strong political activist. While he was in attendance, he joined the Young People’s Socialist League, and he was an active participant in the Civil Rights Movement. In 1962, Bernie led a university-wide protest against segregated campus housing, with regular sit-ins being conducted outside of the president’s office. He was also known to walk about town posting fliers that protested police brutality. In 1963, Sanders attended the famous March on Washington for Jobs and Freedom, where he was able to watch Martin Luther King, Jr.’s famous “I Have a Dream Speech”. During that same summer, he was arrested for protesting segregation in public schools. Outside of that, he was also a strong member of various antiwar movements. He may have only been a student, but he was already looking to make his mark on the world.

Once he had graduated, he struggled to find a steady job. He worked a ton of little odd jobs, with him once even being a carpenter. In 1968, he made the decision to move to Vermont. Bernie continued to work odd jobs in Vermont up until 1971, when he officially began his political career. He joined the Liberty Union Party and ran for governor of Vermont in 1972 and 1976. He ran for United States senator in 1972 and 1974. Each time, he came up short. His first taste of success came in 1980, when Sanders was elected mayor of Burlington. His margin of victory was small, but it was a victory nonetheless. He would be reelected three times, as a successful self-described socialist mayor. With Bernie’s help, Burlington became the first city in the entire country to officially fund community-trust housing. He was also responsible for kicking off several successful community revitalization projects. In 1987, shortly before Bernie decided to hang up his hat, he was named one of the best mayors in the country. 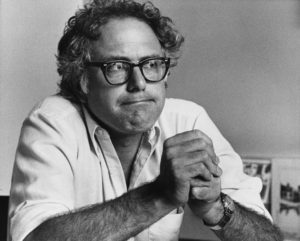 After eight years of being mayor of Burlington, Sanders decided to explore other career options. He taught political science at Harvard University and Hamilton College for a brief time before deciding to run for the U.S. House of Representatives, as an independent. Initially, he was unable to earn the seat, losing to Lieutenant Governor Peter P. Smith, a republican. However, two years later, he ran again and defeated Smith to take his seat. This was a monumental occassion, making Sanders the first independent in the House of Representatives in decades. He was a highly successful representative, being able to maintain his seat for 16 years. That is not to say that Bernie didn’t encounter obstacles, though. He was not particularly popular among his fellow politicians due to how openly he criticized both political parties. That didn’t stop him from continuing to develop a strong political career, however. He entered the race for the United States Senate in 2005, and thanks to strong support from the democratic party, he was able to win at a 2-to-1 margin.

As a senator, polls showed that Bernie was one of the most popular senators in the entire country. In 2015, he announced his intention to run for president during the 2016 election. He launched his campaign where his entire career started: Burlington, Vermont. Almost immediately, Sanders developed a large following online and among youger voters. Social media was one of his largest campaign platforms, and for a time, Sanders was drawing larger crowds than Hilary Clinton, his primary opponent for a spot on the presidential ballot. While older democrats favored Clinton, younger democrats favored Sanders by far. Following the primary elections, however, Clinton ended up beating Sanders out for the spot of Democratic nominee. He conceded with grace. Although Sanders saw his 2016 presidential hopes dashed, that does not mean that he has given up on changing the world. Even today, he still serves as a strong and influential political figure among American progressives.

In 1964, Bernie was married to Deborah Shiling. Their marriage lasted up until 1966, when they divorced amicably. Him and his current wife, Jane O’Meara, have been happily married since 1988.

Does Bernie Sanders have kids?

Bernie has just one kid, a son named Levi. Levi is 46 years old today, and he works for a law firm. As of right now, he doesn’t seem to show any interest in entering politics like his father has.

As a United States senator, Bernie makes approximately $170,000 per year. This may not seem like a lot coming from a politician, but it’s true that generally politicians make less than your average executive officer or lawyer.

How much does Bernie Sanders make per day?

Using his salary as a reference point, we can perform some simple arithmetic to determine that Sanders makes around $465 a day. That’s a pretty modest living for someone of his stature, but it definitely isn’t bad when you consider how far he has come. 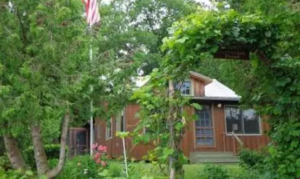 A few months ago, Bernie bought a new vacation home. The lakefront home has four bedrooms, a guest quarters, and some beautiful lake views. It has been said that he spent over $500,000 on the home, but before you start crying foul, consider that he and his family had to sell a former inherited property in order to afford it. I will say, it’s a pretty nice place for this senator to lay his head at night.

Bernie was able to make a fair run for the 2016 presidency, largely due to how hard he campaigned for low-income, disadvantaged households. Throughout his career, he has supported the likes of Whiteman-Walker Health, the Addison County Parent/Child Center, and the Indigenous Environmental Network. As a politician and as a person, he is strongly drawn to causes related to civil and human rights.