What Happened to Vin Diesel – News and Updates 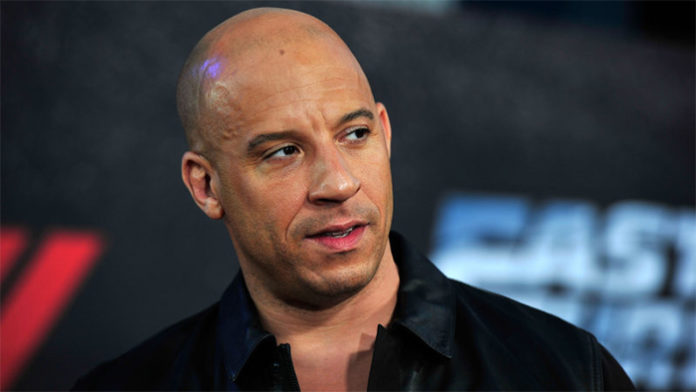 Mark Sinclair, otherwise known as Vin Diesel, is an American actor who is best known for playing the role of Dominic Toretto in the action film series, The Fast and the Furious. The son of a drama teacher, Diesel began acting when he was still in grade schoolーsomething which quickly grew into a passion. When he was seven years old, he made his stage debut in a production of Dinosaur Door, at the Theater for the New City. Even as a kid, Diesel always knew that acting was something that he wanted to pursue as a career. Continuing to involve himself in a number of theatrical productions throughout his teen years, he soon found himself working on a self-made film project while working as a club bouncer in the mid 1990’s. Titled Multi-Facial, the project was a success and eventually made its way to the Cannes Film Festival; from there, Diesel began writing and directing another film called Strays. Another hit, it didn’t take long for his work to be recognized by renowned film director, Steven Spielberg. Tailoring a part for the aspiring actor, Diesel eventually got his big break when he was cast his WWII epic, Saving Private Ryan (1998).

With his career launched, Diesel soon found himself with a steady stream of roles over the next few years. Some of the projects which he was involved with at the time include The Iron Giant (1999) The Chronicles of Riddick: Into Pitch Black (2000), Boiler Room (2000) and Pitch Black (2000). However, it wasn’t until he was offered a major part in the action film, The Fast and the Furious (2001), that he once again returned to the spotlight. To this date, Dominic Toretto remains to be one of his best known rolesーone which he’s reprised many times throughout the years. An accomplished man of the industry, Diesel has received a number of awards and nominations including two People’s Choice Awards, a MTV Movie Award, an Online Film Critics Society Award, a CinemaCon Award, a Spike Video Game Award, amongst numerous others.

Aside from being an established actor, Diesel has also lent his voice to several films including The Iron Giant (1999) and more recently, Guardians of the Galaxy (2014). A popular star, he has been invited on to countless television talk shows over the years including Ellen: The Ellen Degeneres Show (2005), Late Night with Conan O’Brien (2006), Friday Night with Jonathan Ross (2009), Attack of the Show! (2011), The Tonight Show with Jay Leno (2013), and The Late Late Show with Craig Ferguson (2013), to name a few. A man of many talents, did you know that he has also produced over twenty film projects throughout his career?

So what has the Fast and Furious star been up to these days? What new projects have been eating up his time recently? What happened to Vin Diesel? Where is he now in 2018? 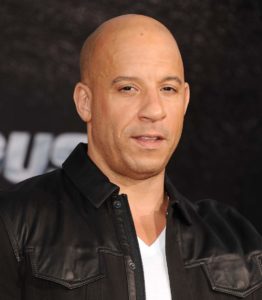 Born on July 18, 1967, in Alameda County, California, Vin Diesel (Real Name: Mark Sinclair) is the son of Declora Sherleen, an astrologer; he has a twin brother named Paul. Although he has never once crossed paths with his biological father, his mother has told him that he is “of mixed ethnicity”. Despite the unknowns surrounding his father, Diesel is Scottish, German and English on his mother’s side. As a young boy, he grew up in New York City with his brother, where he lived with his mother and his African-American stepfather named Irving H. Vincent.

Due to his stepfather’s work as an acting instructor, Diesel was exposed to the performing work at a young age. When he was seven years old, he starred on-stage for the first time in the children’s play, Dinosaur Door. Although he landed the role accidentally, he loved the experience and soon realized for a fact then that he wanted to become an actor.

Throughout his adolescent years, Diesel continued to perform in several theatrical productions. In his late teens, he began working as a club bouncerーa position which he later accredited to having helped him develop “a toughness” for his future roles on-screen. When he wasn’t on the job, he spent his free time attending acting auditions and studying English at college. Eventually wanting to dedicate his time on a self-made project, he later dropped out of his studies to write, produce and direct a short film called Multi-Facial. Revolving around an actor who was willing to portray any ethnicity in front of the cameras, it was soon accepted and screened at the Cannes Film Festival. Following the success of Multi-Racial, Diesel went on to work on his next project, a full-length feature which he titled Strays.

From there, it wasn’t long until his work captured the attention of renewed film director, Steven Spielberg. Recognizing Diesel’s hidden potential, he ultimately tailored a part for the aspiring actor in his upcoming WWII epic, Saving Private Ryan (1998). Overwhelmed with critical acclaim upon hitting the theatres, the war drama ultimately played a significant role in the kicking off of Diesel’s acting career. 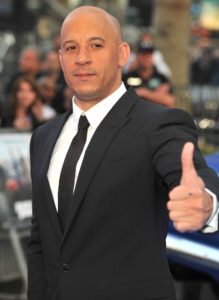 Following his time on the box office hit, Diesel soon found himself working as a voice-actor for the first time in the animated film, The Iron Giant (1999), where he lent his voice to the main protagonistーThe Iron Giant. With the arrival of the new millennium, he eventually made his debut on the small screen after being cast as the protagonist of a TV movie called, The Chronicles of Riddick: Into Pitch Black (2000). He later reprised his role as Richard B. Riddick in the sequel Pitch Black, in February of 2000. Around that same time, he also played the part of one of the major characters in the crime thriller, Boiler Room (2000).

Despite all of his on-screen time however, it wasn’t until he was cast as Dominic Toretto in the action film, The Fast and the Furious that his popularity as an actor peaked. Originally released in the summer of 2001, the movie revolved around an undercover cop named Brian O’Conner who was tasked to stop a group of semi-truck hijackers who were led by a man named Dominic Toretto. Filmed in Los Angeles, The Fast and the Furious was an overwhelming success, having grossed over $207 million from a $38 million budget. Although the action film initially received mixed reviews, it garnered Diesel much recognition and praise as an actorーit successfully rendered him into a household name across the world. Other members of the star-studded cast list include Michelle Rodriguez, Jordana Brewster and Paul Walker. For his portrayal of Toretto in the film, Diesel received multiple award nominations (e.g. MTV Movie Award, Black Reel Award, People’s Choice Award). 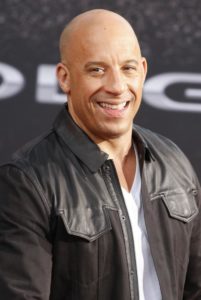 A year after the success of The Fast and the Furious, Diesel starred in a comedy crime drama film called Knockaround Guys in 2001. Originally screened that fall at the Oldenburg International Film Festival, it revolved around a group of “wannabe mobsters” who get themselves in trouble after heading off to a remote town located in the Midwest. In the comedy flick, Diesel portrayed the role of Taylor Reese; other starring actors include Seth Green, Barry Pepper, Dennis Hopper and John Malkovich. Despite its interesting premise however, it was ultimately a box office flopーhaving only grossed $14 million from a $15 million budget.

After working on several projects as a producer, Diesel returned in front of the cameras for the courtroom comedy-drama film, Find Me Guilty. Originally released in March of 2006, it was based on the true story of a mobster named Jack DiNorscio, who was known for having the longest mafia trial in the history of the United States. Set in the 1980’s, it centred around Giacomo DiNorscio aka “Jackie”, a mobster who decides to stand trial despite the fact that he has a 30 year convictionーhe then proceeds to act as his own lawyer to defend himself in trial. While Diesel portrayed the leading part of DiNorscio, other starring actors included Alex Rocco, Ron Silver, Linus Roache, and Peter Dinklage. Although Find Me Guilty was generally met with positive reviews upon its release, it performed poorly at the box office, having only grossed $2.6 million from a $13 million budget.

In March of 2009, Diesel reprised his role as Dominic Toretto in the fourth installment of the The Fast and the Furious film series, Fast & Furious. Set immediately after 2 Fast 2 Furious (2003), it followed Brian O’ Conner, who now works for the FBI, as he teams up with former hijacker Dominic Toretto, in attempts to bring down a heroin dealer. The first sequel to reunite Diesel with Jordana Brewster, Paul Walker and Michelle Rodriguez, it also served to connect the original film to the present-day setting. Despite the fact that Fast & Furious was met with a number of negative reviews upon its release, it was a huge box office success, having grossed well over $363 million across the globe. Although Diesel didn’t take home any awards from his time on Fast & Furious, it did earn him two nominationsーone for a MTV Movie Award for “Best Male Performance” and another for a People’s Choice Award for “Favourite Action Star.”

Four years afterwards in the summer of 2013, the sixth installment Fast & Furious 6 opened in theatres in the US. Produced in part by Diesel, it once again reunited the original cast for another action-packed adventure. Filmed in London, England, it followed Dominic Toretto and his criminal gang, who despite having quit their shenanigans, find themselves remaining as wanted fugitives. Realizing this, DSS agent Luke hobbs then makes the group a deal; in exchange for helping him to take down a skilled mercenary organization, he will clear them of their previous criminal record. The highest grossing film of the franchise, it grossed over $788 million at the box office from a $160 million budget. The winner of a Teen Choice Award, it also earned Diesel an MTV Movie Award for “Best On-Screen Duo”, which he shared with fellow co-star Paul Walker.

Another highly-anticipated film that Diesel is currently working on is the eighth installment of The Fast and the Furious series, Fast 8. Currently still filming, it will reunite most of the original cast (except Paul Walker). It will be released in April of 2017.