Shaquille O’Neal Net Worth – How Rich is Shaq? 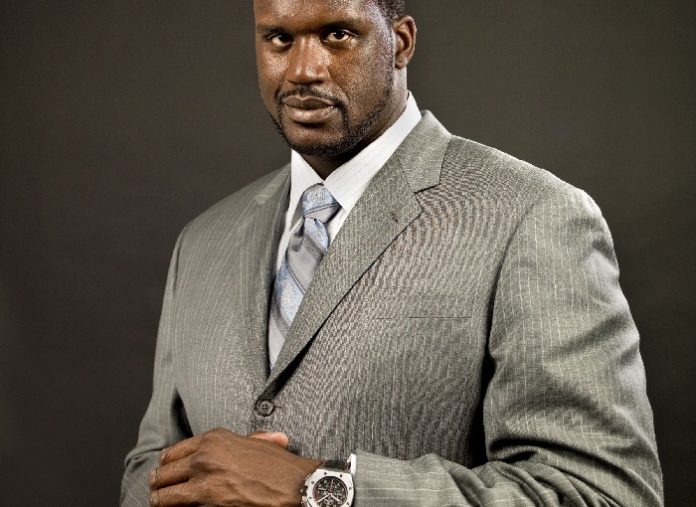 Former professional basketball player Shaquille Rashaun O’Neal is known around the world for his skills on the court and his intimidating size. He currently works as an analyst on the television program Inside the NBA, but don’t let his career change fool you, the American giant has made a great fortune throughout his career. Let’s take a look at where he came from and where he is now.

How did Shaquille O’Neal make his money & wealth?

Shaq was born on March 6, 1972 in the city of Newark, New Jersey. His father, Joe Toney, was also interested in basketball but struggled with drug addiction when Shaq was only an infant. By the time his father was released from jail, O’Neal had a stepfather, Phillip A. Harrison, who was an army sergeant. Joe Toney has hardly ever spoken to his son since then. This all comes together to suggest that Shaq’s childhood was not an easy one.

In 1994, Shaq released a rap album titled Shaq Fu: The Return. In this album he voiced his feelings towards his father in the song “Biological Didn’t Bother.” When Shaq’s stepfather died in 2013, he met with his biological father three years later and said the following: “I don’t hate you. I had a good life. I had Phil.”

Shaq spent most of his childhood at the Boys and Girls Club of America in his hometown. There he would play basketball, which kept him off of the streets where most boys his age spent their time. Shaq attended  Robert Cole High School in Texas, where he helped his team achieve an exceptional record of 68-1 over two years. While attending the high school, he also his team w become state champions. In 1989 he achieved 791 rebounds, a state record for an individual in any classification that stands to this day. This is where his skill (and size) really started to show. In 2012, O’Neal was honored as one of the 35 Greatest McDonald’s All Americans. An award that very few in the basketball world are lucky to share with him.

After Shaq graduated from high school, he moved on to Louisiana State University and pursued a business degree.  While playing at the university O’Neal was an All American twice and also won player of the year for the entire NCAA in 1991. These college achievements skyrocketed Shaq’s career and he moved on to begin his career in the NBA before finishing college. To everyone’s surprise, Shaq still returned to the university to complete his education, even after he had become a professional.

This all resulted in O’Neal being inducted into Louisiana State University’s Hall of Fame. A large bronze statue of the professional basketball player can now be found at the basketball practice facility at the university.

Throughout his NBA career, Shaq played for an impressive amount of different teams. This included Orlando Magic, Los Angeles Lakers, Miami Heat, Phoenix Suns, Cleveland Cavaliers and Boston Celtics in chronological order. He eventually represented his country in the FIBA World Championships, as well as the Olympics.

The O’Neal married cast member of Basketball Wives LA and Miami, Shaunie Nelson in 2002. They have four children, Shareef, Amirah, Shaqir and Me’arah, as well as Shaunie’s son from a previous marriage, Myles. Who chose the children’s names goes without saying. Shaq also has a daughter from a previous relationship with his ex-girlfriend Arnetta Yarabourgh, whose name is Taheara. Unfortunately, Shaq filed for divorce from Nelson in 2007. Strangely enough, Shaunie stated that they had gotten back together not too long after that. But in 2009, she filed an intent to divorce, ending the relationship for good. From 2009 to 2010 Shaq dated reality TV star Nicole Alexander. 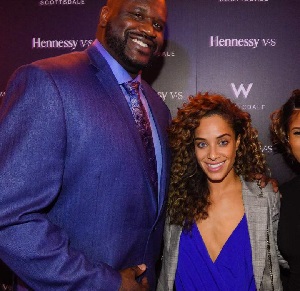 Currently, Shaq is in a relationship with Laticia Rolle.  As an Eckerd University graduate, Rolle has become a very successful blogger and model, by running and managing a blog with her sister.  The site details the latest trends in makeup and fashion, but has a special focus on the friendship and joy that comes from sisterhood.  Shaq and Rolle found each other in 2014, and the relationship has continued to blossom.  Shaq even made a social media proposal to her on Instagram though the two haven’t tied the knot quite yet.

Being an international superstar, Shaq would naturally have multiple streams of income, including sponsorships, ads, endorsements, featuring and of course basketball. His annual income is estimated to be around $41 million and his endorsement/sponsorship earnings to be around $9 million. He is expected to earn around $47 million in total for 2016. It is also estimated that Shaq has earned around $1 million in awards for his music.

The professional basketball player loves living large and has spent a good portion of his fortune on real estate. He has a two-house compound outside of Atalanta valued at around $1.15 million. This property includes a three-stall barn and a swimming pool on more than 14 acres of land. There is also a large workshop and a 12-seat home-theater. Other noteworthy assets on the impressive estate include a game room and a gym, as well as eight bedrooms, ten bathrooms and more than 7400 square feet of space. That’s more than enough, even for a big man like Shaq. 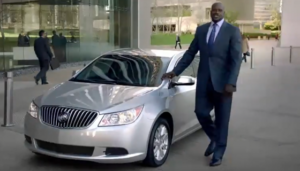 Like most individuals in his profession, Shaq loves cars. Here are some noteworthy machines in his collection. A black custom drop-top black Mercedes C-Class AMG. A red Ford Mustang convertible with custom wheels, as well as a red Cadillac Escalade with dropped suspension, custom 23 inch wheels and scissor doors. Shaq also owns a number of Rolls-Royce and Bentley models, including the Rolls Royce Phantom and Bentley Mulsanne, all with massive chrome wheels of course. Shaq also has a sense of humor and is clearly self-aware, as he has been photographed on numerous occasions exiting his garage in a tiny Smart ForTwo, with the roof down as he could not fit it there was one. He has also continued to be generous to his children and has given one of his sons two cars that some children could only dream of owning.

Shaq has given back to those who have helped him get where he is today. He has donated $1 million to the Boys and Girls Club of America to create technology centers in Clubs around the US. Other charities and foundations that O’Neill has donated to include Be The Match, Centre ValBio, Free The Children, Kids Wish Network and Phoenix House. Shaq has also donated $5.5 million to the Toys R Us Charity.