Nick Saban Net Worth – How Rich is Alabama’s Coach 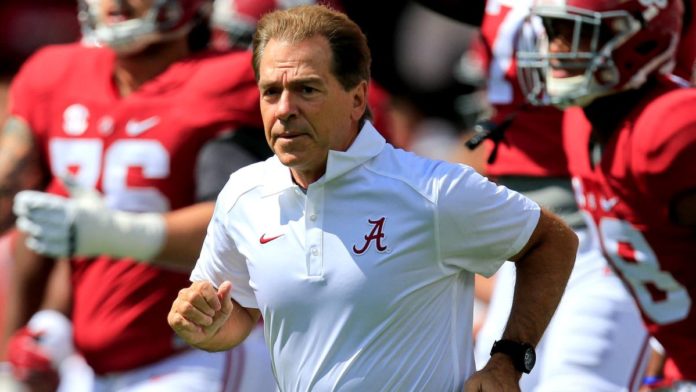 As we approach the College Football Playoff, the nation is going to be taking a closer look at some of the teams who will be vying for the national title. Nick Saban, the head coach of the Alabama Crimson Tide, is widely considered to be one of the greatest college football coaches of all time. He is also well-known for being one of the highest paid college football coaches of all time. In this article, I’m going to talk about how Nick Saban rose to prominence in the football world, and I’ll also talk about how his success has affected his wealth and net worth.

How did Nick Saban make his money & wealth?

Nicholas Saban was born in Fairmont, West Virgnia in October of 1951. He grew up in a small town just south of Pittsburgh, and he attended college at Kent State University. While he was there, he played as a defensive back under Don James. Once Nick Saban graduated from Kent State University, James gave him a position on the team as a graduate assistant while Saban waited for his wife to graduate along with him. Interestingly enough, Nick didn’t plan to become a football coach until that moment. He remained a graduate assistant at Kent State until 1974, when he was promoted to a linebacker’s coach for a year. He bounced around as an assistant coach across the country, holding positions in Syracuse, West Virginia, Ohio State, Michigan State, and so on. 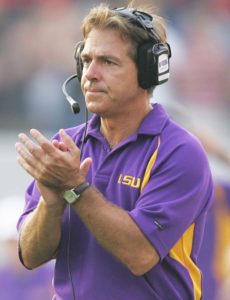 His first head coaching position came in 1990, when he was made the head coach of the University of Toledo. Saban only coached there for a year, but he proved to be successful, bringing the team to a 9-2 record. He eventually left to serve under Bill Belichick as defensive coordinator of the Cleveland Browns. He returned to head coaching in 1995, when he came to the Michigan State college football team. When Nick came aboard, the team had not had a winning season since 1990. In 1999, Nick was able to lead the team to a 9-2 season (which would become one of their best seasons in decades) before resigned to become the head coach of LSU. Although Saban had developed a reputation as being a solid football coach by this point, the time that he spent at LSU would put him on the map like never before.

He remained with the LSU Tigers through 2004, where he helped the Tigers win two conference championships, two bowl games, and a national title. This incredible performance gave him the opportunity to head coach professionally with the Miami Dolphins, and he accepted the offer. However, following two losing seasons, it seemed like he wasn’t well-suited for being a professional head coach. In 2007, he accepted a head coaching position with the University of Alabama, a team that had been struggling to re-attain the success that it once had. Following a slow start in the 2007 season, the tide began to roll. Alabama lost a close game against the Florida Gators in the SEC Championship Game in 2008, and that would prove to be one of the last times that the team would be embarrassed on the national stage. 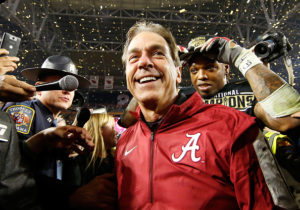 In 2009, the team destroyed the Florida Gators in the SEC Championship Game, and went on to defeat the Texas Longhorns to win the BCS national title. In the years to come, the success continued. The 2010 season led to a 10 – 3 season (with Alabama losing to their in-state rival and the eventual BCS champion, Auburn) and a bowl victory. The 2011 season allowed Nick to win a second national title with Alabama. In 2012, the Crimson Tide won yet another SEC championship and national title. In 2013, the Tide finished with an 11 – 2 record following a crushing loss against Auburn. In 2014, they won the conference championship but fell to Ohio State during the playoff. Last year, the team secured another conference title and went on to defeat Clemson in the national title game. This year, the team is currently poised to contend for the national title yet again in the College Football Playoff.

Nick Saban’s success as a head coach cannot be denied, and neither can his wealth. He is one of the highest paid college football coaches of all time, and considering the results that he has achieved with the Alabama football team, it seems very well-earned. The school pays him nearly $7 million per year, which is a staggering salary. For reference, that’s roughly on par with the pay that head coaches in the National Football League receive. He may coach on the college level, but make no mistake, his net worth is fit for a king. Considering the long road that he has gone down to reach his current status, I would say that he deserves it.

Nick Saban is married to his wife Terry Saban, who he has been with since 1971. The couple is known for their close relationship, with Terry having active involvement in the team and in Nick’s high school recruiting process.

Does Nick Saban have kids?

Nick Saban has two kids with his wife, Terry. His son is named Nicholas and his daughter is named Kristen.

As I mentioned before, Nick Saban’s salary is currently set at $6.9 million, which is just below the milestone of $7 million. Until Jim Harbaugh took on a job with Michigan, Nick held the honor of being the highest paid college football coach of all time.

How much does Nick Saban make per game?

Where does Nick Saban live? Picture of Nick Saban’s house 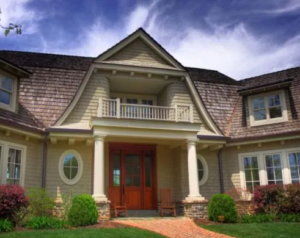 Nick Saban makes a lot of money, and although he isn’t the kind of guy to spend millions of dollars on sports cars or gold chains, he has still put a lot of money toward a nice house. He has purchased a $10.95 million house in Lake Burton, which contains six bedrooms, a custom boathouse, handcrafted fireplaces, a lakeside view, and a four car garage.

Like many people involved in athletics, Nick Saban is known for being very charitable. He and his wife have actually founded their own charity called Nick’s Kids, a foundation that is dedicated to helping mentally challenged children. He has also supported organizations such as Habitat for Humanity, the Children’s Medical Center in Dallas, Pop Warner, and various natural disaster relief efforts.

Even if you don’t like Nick Saban, you can’t deny that he’s one of the most prolific college football coaches of all time. He has won five national titles between 2003 and 2015, along with 7 Southeastern Conference titles and 10 Southeastern Western Division titles. In 2003 and 2008, he was named the AP National Coach of the Year. In 2003, 2008, and 2009 he was named the SEC Coach of the Year. If he wins the national title during the College Football Playoff this year, then he will be tied with legendary coach Bear Bryant for having the most national titles of all time.