PewDiePie Net Worth – How Much Does He Make From Youtube? 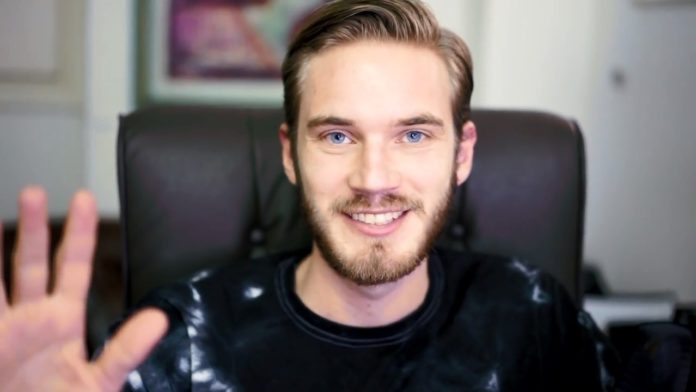 PewDiePie is probably the most famous personality on YouTube when it comes to gaming. His unique way of live-streaming has gathered millions of fans around the globe, and it seems that the numbers are growing every day. He’s basically living the life many have dreamed of: playing video games and earning millions. Of course with such a massive amount of wealth, PewDiePie has exercised generosity through his several charitable efforts.

Read on and find out more about PewDiePie and how his wealth and fame came to be.

How much does PewDiePie make from Youtube? His Salary and Earnings in 2017

Felix Arvid Ulf Kjellberg was born in Gothenburg, Sweden, on October 24, 1989. PewDiePie grew up to a happy childhood with an early exposure to art and video games. At the onset of his teenage years PewDiePie became more hooked with gaming especially with the ridiculously popular World of Warcraft, and sometimes he skipped high school classes just to play with friends at internet cafes. Despite seemingly slacking off in his studies PewDiePie earned good grades and got enrolled at the Chalmers University of Technology in 2008.

PewDiePie was not exactly enjoying his life in college; instead he had a blueprint that involved joining the growing trend of “Let’s Play” style of documenting video gaming. PewDiePie sold artwork to earn money which he used to buy a computer and production equipment. His YouTube channel was created in 2010 and he sharpened his video editing chops through online tutorials. PewDiePie then started posting videos packed with his unique blend of humor and overdramatized reactions, and this combination ensured the growth of his subscriber base.

A year later PewDiePie abandoned his pursuit of an industrial economics and technology management degree and dropped out of the university to focus on his budding channel. He also sold hot dogs at a kiosk to help fund his endeavor as his parents ceased all support upon finding out that he dropped out. His efforts paid off and PewDiePie quit his hot dog job before the end of 2011 as his subscribers have exploded to around 60,000. It took only another year for that number to grow to two million, and in 2013 to 19 million. As of this year he has a staggering subscriber count of 49 million and 13 billion views.

PewDiePie utilizes his YouTube presence to promote games for companies. In 2014 Warner Bros. hired PewDiePie as one of their social influencers for the promotion of the fantasy game Middle-earth: Shadow of Mordor and his video raked in 3.8 million views. Outside of gaming, PewDiePie along with girlfriend Marzia Bisognin struck a deal with Legendary Pictures through Maker Studios for a marketing campaign for their 2014 horror film As Above, So Below. The following year Mountain Dew collaborated with PewDiePie for their fan fiction contest wherein the winners were uploaded in video format to his channel.

s empire in YouTube, PewDiePie has endeavors that help contribute to his wealth. In 2015 he released the video game PewDiePie: Legend of the Brofist in tandem with the Canadian indie game studio Outerminds Inc. The game gathered positive reception and even managed to rake in more than $100,000 during its release day. A mobile game followed in 2016 titled PewDiePie’s Tuber Simulator and enjoyed millions of downloads and positive reviews.

PewDiePie published the parody book This Book Loves You in 2015 which was included in the New York Times Bestseller list for one week. In 2016 he starred in the web series Scare PewDiePie which will be returning for a second season.

No, but PewDiePie and girlfriend Marzia Bisognin live under one roof in Brighton, England, since 2013.

PewDiePie reportedly earned $8.1 million in this past year.

PewDiePie resides in Brighton although the specific address is yet to be known as he is not quite vocal about his residence. PewDiePie even urged fans who know his house to not pay unexpected visits.

In one of PewDiePie’s videos a white Porsche 911 is parked in his driveway.

In 2012 PewDiePie joined the social media contest King of the Web and aimed for the eponymous title which he failed. However he did manage to get crowned as the “Gaming King of the Web” and took home a cash prize which he then donated to the World Wildlife Fund (WWF).

During the same year PewDiePie donated his earnings of $34,394.75 from the YouTube Partner Program to St. Jude Children’s Research Hospital. In 2014 he started another campaign for the hospital which raised $630,000 through an anonymous donation of $150,000, Twitch live-streams, and an Indiegogo fundraiser.

In 2013 PewDiePie initiated  the campaign titled “Charity: Water” wherein he raised $446,462 through personal donations for every 500 views of the video he made for the campaign, from fans, and from streaming platform Twitch and YouTube network Polaris. The campaign successfully provided clean drinking water to the Rwandan district of Rulindo.

PewDiePie launched a fundraiser project in Indiegogo last 2014 for the organization Save the Children. With over 6,000 backers, the project raised $342,828.

Last February 2016 PewDiePie fired up the Winter Charity Drive of his Charity: Water campaign with a goal of $100,000. Along with hundreds of donors, PewDiePie donated $42,000 and also participated in the Best Fiends charity drive to help raise funds. The campaign went through the goal and raised $152,239. The money is now used in the field to bring potable water to communities in need.

This year he announced the inception of Revelmode, a multi-channel network that will focus on content such as game development and philanthropy. Currently there are nine YouTubers including PewDiePie who are aboard in this upcoming network.

PewDiePie’s mobile game PewDiePie’s Tuber Simulator is one of the many games that will be participating in the partnership of Apple and Product Red, a brand that raises funds for the fight against HIV / AIDS in Africa.

During the 2013 Starcount Social Star Awards, PewDiePie took home two accolades namely the Sweden Social Star Award and the Most Popular Social Show award.  He also got the Best in Gaming award in that year’s Shorty Awards.

The following year he got the Web Star: Gaming award in the Teen Choice Awards, and in 2015 he won the Best Gaming Channel award at the 5th Streamy Awards.

PewDiePie found a place in the Guinness World Records for having the most number of subscribers on YouTube (47,419,927 as of August 23, 2016). He was crowned with that accolade since 2013 and consistently held on to it until 2016 thanks to his growing legion of subscribers.

What’s With His Pseudonym?

PewDiePie got his pseudonym from the combination of “Pew” (the onomatopoeia of a gun or laser fire) and of course “Die” which is what happens when you get hit in the head with the said gun or laser fire. He made a YouTube channel under the name PewDie but he forgot the password, hence forcing him to create another one with the added “Pie” well because he likes pie.