What Happened to Bret Michaels – Now in 2018 Update 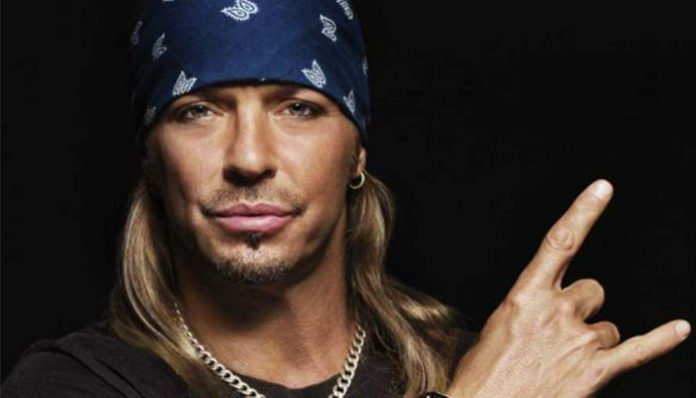 Bret Michaels is an American singer-songwrtier who initially rose in fame as the lead vocalist of the metal band, Poison. Recognized for his signature cowboy hats and bandanas, Michaels first picked up the guitar as a hobby when he was a teen. Wanting to take his passion one step further, he later formed a band with close friend, Rikki Rockett who played the drums; the pair were later joined by Matt Smith and Bobby Dall. Naming themselves as Paris, the group performed a number of local gigs around Pittsburgh, prior to moving to Los Angeles in 1984. Shortly after setting into the new city, the glam metal band changed their name to Poison; around that same time, their original guitarist was also  replaced by C.C. Deville. Making themselves known in the club scene in the area, Michaels and his bandmates soon secured a recording deal with Enigma Records. On top of acting as the group’s lead singer, he is also known for being highly involved with the group’s songwriting process.

After much time spent at the studio, Poison released their debut album, Look What the Cat Dragged In in 1986. Although it wasn’t an overnight sensation by any means, it later found success in 1987, after the band released a music video to the song, Talk Dirty to Me. Rising in popularity from their initial effort, the group eventually followed up with a second full-length album, Open Up and Say…Ahh! in 1988; it remains to be their best-selling record to this date, having sold over five million copies in the United States alone. Since then, Poison has released seven studio albums, twenty one music videos and twenty eight singlesーsix of which have made its way to the top ten. Nominated for two American Music Awards for “Favourite Heavy Metal/Hard Rock Artist” and “Favourite Heavy Metal/Hard Rock Album”, they have since sold more than 45,000,000 records across the globe.

Following the band’s hiatus in the mid 1990’s, Michaels signed with Ugl Records and began venturing on a solo music career. In 1998, he released his debut album, A Letter from Death Row; since then, he has come out with four other full-length albums including Songs of Life (2003), Freedom of Sound (2005), Custom Built (2010), and Jammin’ with Friends (2013). Aside from his music career, Michaels has also appeared in a handful of television series and films such as Burke’s Law (1994), In God’s Hands (1998), No Code of Conduct (1998), Martial Law (1999), and The High Fructose Adventures of Annoying Orange (2012). A frequent guest on various reality shows, he even served as a judge for the talent competition, Nashville Star in 2003.

So what has the musician of Poison fame been up to these past few years? Is he still active on the music scene? What are some of his latest projects? What happened to Bret Michaels? Where is he now in 2018? 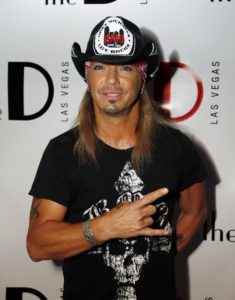 Born on March 15, 1963, in Pittsburgh, Pennsylvania, Bret Michael Sychak is the son of Marjorie and Wally Sychak; he has two sisters named Nicole and Michelle and is of Irish, Swiss, German, English and Carpotho-Rusyn descent. When he was six years old, he fell terribly ill and was hospitalized for there weeks; he was later diagnosed with Type One Diabetes, a condition for which he treats with insulin to this day. Having developed an interest for music at an early age, Michael first began to play the guitar as a young teen. Eventually wanting to pursue his hobby further, he formed a band with a close friend named Rikki Rockett, who was a talented drummer. Recruiting the help of David Besselmen and Bobby Dall, the group named themselves as Paris and began performing at various venues in the Pennsylvania area in the early 1980’s.

Following several performances, they moved to Los Angeles in order to make themselves known on the Sunset Boulevard scene; it was during this time that they ultimately changed their name from Paris to Poison. A few months after settling into the new city, Michael met a sixteen year old girl named Tracy Lewisーshe would later become his girlfriend and the inspiration behind one of his signature songs. Discouraged by the difficulty in achieving fame as a budding band, the group’s original guitarist, Matt Smith soon left the band; he was then replaced by C.C. DeVille. With much perseverance, they eventually captured the attention of locals with their music and landed a recording contract with Enigma Records. 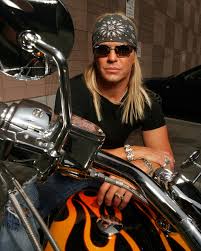 After much recording, they released their debut album, Look What the Cat Dragged In in May 1986. While it wasn’t an instant hit, it steadily built momentum throughout the months after its release and later managed to peak at number three on the Billboard 200 the next year. Strongly influenced by bands such as Kiss and Aerosmith, the glam metal album featured catchy melodies and distorted power-chords. Known for its heavy metal sounds, it contained ten songs including Play Dirty, Want Some Need Some, Blame it On You, Let Me Go to the Snow, and #1 Bad Boy, amongst others. Revolving around themes of lust, ambition and love lost, it was met with generally favourable reviews from critics. A successful debut for Poison, it also peaked at number fourteen in Canada and at number fifty-one in Australia. As of 1987, Look What the Cat Dragged In has sold over three million copies in the United States aloneーmaking it their first album to receive Multi-Platinum status from the RIAA.

Following the success of their initial endeavour, Poison released this second studio album, Open Up and Say…Ahh! in May 1988. Recorded at Los Angeles’ Conray Recording Studio, it remains to be the band’s most successful album to this date. Produced by Tom Werman, the album boasted ten glam metal tracks, most of which were co-written by Michaels; a few titles from the track-list include Look But You Can’t Touch, Tearin’ Down the Walls, Good Love, Back to the Rocking Horse, and Bad to be Good. Largely considered to be their best work, it peaked at number two on the Billboard 200; an international hit, it also peaked amongst the top ten in three other countries including New Zealand, Canada and Australia. Certified 5x Platinum by the RIAA, Open Up and Say…Ahh! went on to spawn four singles including Nothing’ but a Good Time, Your Mama Don’t Dance, Fallen Angel, and Every Rose Has Its Thorns, the last of which reached number one on the charts.

Two years later, Michaels and the band released their third full-length album entitled, Fresh & Blood. Noted for exploring darker themes compared to their previous works, it contained fourteen tracks including Let It Play, Don’t Give Up an Inch, Ball and Chain, Life Loves a Tragedy, and Poor Boy Blues. Positively received by fans and critics, Fresh & Blood was later voted to be the “Best Album” in Circus Magaine’s Readers’ Poll in 1990. Nominated for an American Music Award for “Favourite Heavy Metal/Hard Rock Album”, it went on to spawn five singles, two of which (e.g. Something to Believe In and Unskinny Bop) charted amongst the top ten. Much like their previous album, it charted at number two on the Billboard 200 in the United States; it also reached respectively positions on the charts in Canada, Australia, New Zealand, The Netherlands and the UK. One year after its original release, Fresh & Blood received 3x Platinum accreditation by the RIAA for selling over three million copies in the country.

In February 1993, Poison released their fourth studio album, Native Tongueーit would be their last prior to their extended hiatus. The first to include Richie Kotzen on guitars, it consisted of fifteen glam metal and blues rock tracks, including 7 Days Over You, Bring It Home, Richie’s Acoustic Thang, Ain’t That the Truth, Strike Up the Band, and Blind Faith. Featuring lyrical themes of heartbreak, inner demons and injustice, the album peaked at number sixteen on the Billboard 200, although it received many mixed reviews from critics. Less successful than their earlier albums, Native Tongue eventually produced four singlesーThe Scream (Promo), Body Talk, Until You Suffer Some, and Stand. In support of the album, the group also embarked on a tour later that year. As of April 1993, it has been certified Gold by the RIAA. 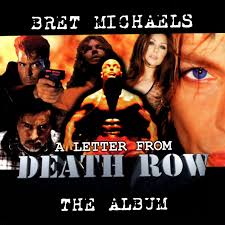 After Poison’s hiatus in the mid 1990’s, Michaels signed with Ugl Records and eventually released a solo album entitled, A Letter from Death Row in August 1998. The soundtrack to a thriller of the same name, A Letter from Death Row, in which the artist also wrote and starred in, it showcased thirteen hard rock tracks, a small handful of which featured his former bandmates (e.g. Party Rock Band, The Last Breath, I’d Die For You).

It wasn’t until the spring of 2003 that the singer released his second solo full-length album, Songs of Life. Written and co-produced by the artist himself, it featured fourteen songs, all of which were inspired by events taken from Michaels’ personal life. Comparable to his works for Poison, Songs of Life eventually spawned two singles entitled Raine and Bittersweetーthe first of which led to the release of his first solo music video.

Following a third album release in 2005, Michaels came out with Custom Built in July 2010ーit was his first solo album to reach the charts. His third album with Poor Boy Records, it showcased eight new songs including Nothing to Lose, which featured popular American singer, Miley Cyrus; other standouts include Riding Against the Wind, Driven, What I Got, Wasted Time, and Lie to Me. His best-performing album to date, Custom Built peaked at the top of both the US Billboard Top Hard Rock Albums and the Top Independent Albums Chart; it also reached number fourteen and number four on the Billboard 200 and Top Rock Albums Chart respectively.

Since then, the vocalist has released one more albumーJammin’ with Friends in June 2013; similar to his previous effort, it also managed to reach the charts, although not to the same level of success as Custom Built.

What is Bret Michaels Doing Now in 2018?

Although he hasn’t come out with any new material since 2013, Michaels has been keeping busy performing at a number of concertsーone of them being the highly anticipated “Wreck the Halls with Bret Michaels.” Held at the Spokane Arena on December 3rd, 2016, it not only featured the vocalist of Poison fame, but he was also joined by Dokken, RATT, L.A. Guns, Jack Russell’s Great White and Warrant. While the event is now over, there are still a handful of upcoming shows scheduled for this month; From December 23rd, 2016 until December 31st, 2016, Michaels will be performing at multiple venues including Florida’s Ruth Eckerd Hall in Clearwater and Saint Charle’s Arcada Theatre.

If you’d like to stay connected with the singer, you can do so by following him on Twitterーyou can find him under his username, @bretmichaels.