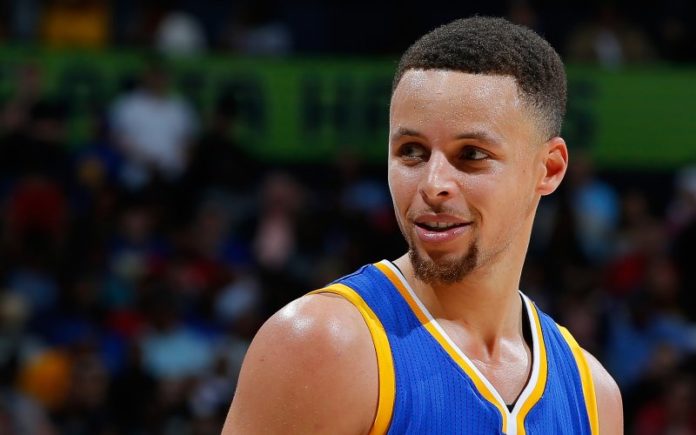 The NBA is filled to the brim with talent, and Steph Curry is widely considered one of the most talented among them. He only came aboard the Golden State Warriors in 2009, and he already has people saying that he is the greatest shooter in NBA history. Regardless as to whether or not this is true, no one can deny Curry’s incredible skill. In this article, I’m going to be covering how Steph Curry was able to become so famous while also talking about how he was able to fill his pockets while he did it. Without further ado, let’s take a closer look into this young basketball star.

How did Steph Curry make his money & wealth? 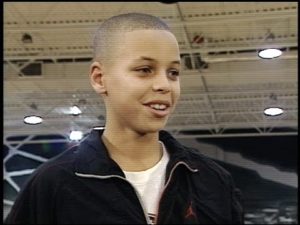 Stephen Curry was born in March of 1988 in Akron, Ohio. He was introduced to basketball as a very young age since his father, Dell Curry, played in the NBA. When Steph was born, his dad was playing for the Cleveland Cavaliers. Curry spent a good deal of his childhood moving around a lot as his dad came aboard different teams, including the Charlotte Hornets and the Toronto Raptors. While Dell played for the Raptors, Steph played with the Queensway Christian College boy’s basketball team, where his career officially begun. With the help of Curry, the team was able to win the provincial championship. When Dell retired, the family decided to move back to Charlotte, where Steph played for Charlotte Christian School. Steph had some pretty incredible success at a high school level, but he wasn’t competitively recruited due to his size. He ended up attending Davidson College, a small school in North Carolina.

Davidson didn’t seem too concerned with Curry’s size. Steph dealt with an awkward transitional period coming out of high school, and he struggled in his first game, where he committed 13 turnovers. However, in his second game against the Michigan Wolverines, he scored a whopping 32 points, also recording 4 assists and 9 rebounds. By the end of his freshman year, he was the leading scorer in the Southern Conference. Entering his sophomore season, Steph had grown substantially, which made him an even larger threat on the court. For the second year in a row, he was the leading scorer of his conference. With his help, Davidson was able to progress to the NCAA Tournament for their third consecutive year. Unfortunately, the team fell in the regional finals, which encouraged Curry to return for his junior year. During this year, he reached new heights, and he was officially named the NCAA scoring leader. Steph opted out of his senior year to begin the next stage of his career in the NBA. 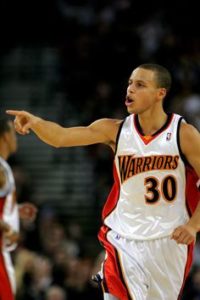 With the seventh overall pick in the 2009 NBA Draft, the Golden State Warriors were able to pull Steph Curry onto their team. Curry was playing straight off of the bench, and his final season statistics were pretty good. He averaged 17.5 points and 5.9 assists a game, and although those weren’t anywhere close to the numbers that he was putting up in college, it was still a strong first step. Curry wasn’t able to win Rookie of the Year, either, ultimately losing in the voting to Tyreke Evans. In 2011, Steph was forced to undergo surgery on his right ankle due to multiple injuries that he sustained to it during the previous season. As a result, his second season with Golden State was fairly uneventful, and he saw his averages drop across the board as he was forced to take time off.

He recovered, though, and found himself off to the races yet again. He agreed to a rookie contract extension with the Warriors prior to the 2012-13 season, which proved to be a good move on Golden State’s part. In a game against the New York Knicks, Curry scored an all-time career high 54 points, falling just three points short of tying the NBA record for most three-pointers made in a game. He finished this same season with a league record for three-pointers made in a single season. Curry may have been seen as a bust by some, but his rapid development and obvious production on the team changed that perspective. With the help of Steph Curry and Klay Thompson, the Golden State Warriors were able to eventually progress to the playoff, where they ended up losing in the second round in six games. In the following season, his growth continued, and he was able to become the Golden State franchise leader in career three-pointers. (Keep in mind, this was only his third year on the team.) 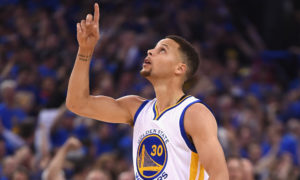 2015 and 2016 were arguably Curry’s best years yet. In 2015, his outstanding play allowed him to lead the Golden State Warriors to an NBA Championship title, and he was awarded the Most Valuable Player Award in both of those years. Curry and company defeated the Cleveland Cavliers in six games in the NBA Finals in 2015, but in 2016 they fell to the Cavaliers after leading 3-1. This was a devastating loss for Steph Curry, but he couldn’t completely be blamed. He was suffering from the complications of injuries that he suffered earlier in the year, which meant that he wasn’t really playing his best. In the most recent season, he was actually able to shatter the NBA record that he came close to earlier in his career by hitting 13 three-pointers in a single game.

Curry is a young guy, but that doesn’t mean that he isn’t prepared to settle down. In 2011, he married longtime girlfriend Ayesha Alexander. The happy couple have been together ever since.

Does Steph Curry have kids?

Believe it or not, Steph Curry is actually a very proud father! With Ayesha, he has two daughters: Riley and Ryan. Riley was born in 2012 and Ryan was born more recently, in 2015.

Steph is one of the hottest players in the NBA right now, but he’s not actually the most expensive. During the 2015-16 season, he was paid $11.3 million for his work with the Warriors. It has been estimated that he has made a little under $44 million with the Warriors throughout the entire duration of his professional career.

How much does Steph Curry make per game?

Using the previous figure as a starting point, we can use some simple arithmetic to determine how much Curry is able to make in a single game. In the 2015 regular season, he played 79 games. In the playoff, he played 21 games. That adds up to 100 games, which means that he was earning approximately $113,000 per game. 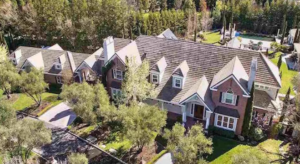 With all of the money that he has made off of his play, Steph has spent a lot of money on housing all across the state of California. One of the primary houses that he’s living in right now is a mansion located in Alamo. The mansion features five bedrooms, ten bathrooms, and a large swimming pool. His family may be kind of small now, but he definitely has room for more!

Just like any other professional athlete, Steph Curry serves as a role model for thousands of young people across the world. He has taken on that responsibility with grace, spending a great deal of time and money to support several charitable organizations. These organizations include the likes of NBA Cares, Nothing But Nets, the United Nations Foundation, and the Animal Rescue Foundation.

Taking a look at a list of Curry’s awards and accolades, you wouldn’t guess that he’s as young as he is. During his career in the NBA, he has been named the Most Valuable Player twice. He was named the AP Athlete of the year in 2015. He was the NBA steals leader and scoring champion in 2016. He has made the All-NBA First Team twice. He was the NCAA Division I scoring leader in 2009. He was named an NBA All-Star three consecutive years between 2014 and 2016. The most impressive thing about all of these awards? He isn’t even close to done yet.