Barack Obama Net Worth – How Rich is The President? 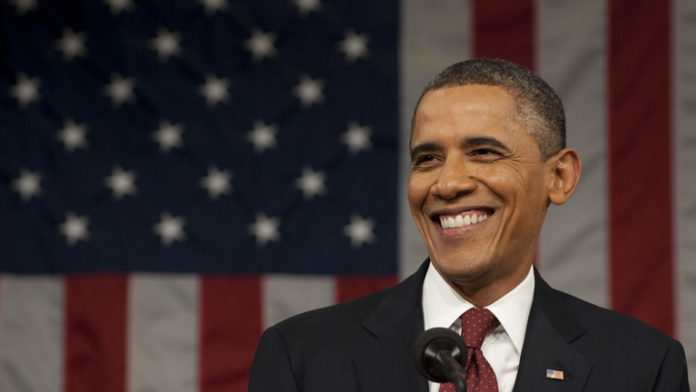 Barack Obama has been the president of the United States since 2008. However, in January of next year, he will be replaced by president-elect Donald Trump. Regardless as to whether or not you like President Obama, you have to admit that he has had a pretty successful career. He was voted into the presidential office when he was just 47 years old, and he fought long and hard to reach that point. How much has been paid for his work in the oval office, anyway? In this article, I’ll be talking about Barack Obama’s road to the United States presidency, while also being sure to discuss how his finances have changed being the president.

How did Barack Obama make his money & wealth? 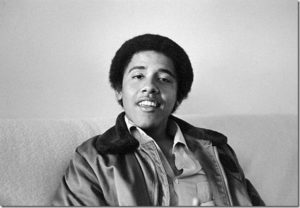 Barack Obama was born in August of 1961 in Honolulu, Hawaii. His mother was born in Kansas, and his father was born in Kenya. Barack’s parents divorced when he was very young, and so he saw very little of his biological father growing up. He was primarily raised by his mother and stepfather. His stepfather moved the family to Indonesia, where Obama lived for a short period of time. As a child, Obama studied in Indonesian schools, including St. Francis of Assisi Catholic School and Besuki Public School. He received his English language schooling from his mother. Returning to Hawaii in 1971, Barack lived with his maternal grandparents and attended a college preparatory high school.

Obama remained there until 1979, when he graduated. Following high school, Barack decided to move to Los Angeles to pursue a higher education. He went to Occidental College, a liberal arts school located in Eagle Rock. In 1981, as a junior, he was able to transfer into Columbia. Barack eventually graduated from the New York City school with a degree in political science in 1983. He majored in political science, with a specialty in international relations and English literature. Following his college career, he entered political activism early on. In 1985, he was among the protesters calling for a reformation of the New York City Subway system. However, he obviously needed a day job, too. 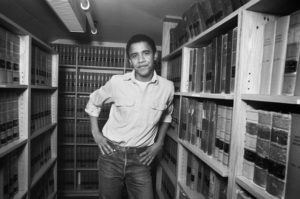 Immediately after graduating from Columbia, Obama worked in Chicago with a church-based community organization, where he helped to set up job training programs and college prep tutoring programs. Once that brief job was behind him, he entered into Harvard’s Law School in late 1988. Barack was a standout student among his peers, and he served as an editor of the Harvard Law Review for a period of time. Not only that, but he was also selected to be a research assistant for the school. He graduated from the school magna cum laude in 1991, and he promptly returned to Chicago. In Chicago, Obama put his experience in law to use. He taught constitutional law at the University of Chicago for twelve years, and he also occasionally worked with law firms that specialized in civil rights litigation.

Obama took his first foray into American politics in 1996, when he was elected to the Illinois Senate. As senator of Illinois, Barack was able to reach across the aisle and reach bipartisan compromises that resulted in reformed healthcare and supported lower class citizens. His run was so popular that he was successfully re-elected in 1998. Barack entered into the Democratic primary race in 2000, but he was narrowly defeated by Bobby Rush. That didn’t seem to deter him that badly, however. In 2004, Obama dominated the election to become a United States senator. Obama was busy as a senator, supporting legislation with the intent of creating a more transparent, accountable, and reformed United States Government. He was popular among democrats, and analysis of his senate votes proved that he was very much loyal to his political party. 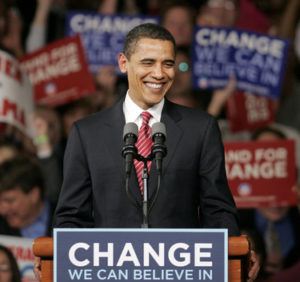 In 2007, Obama announced that he would be running for President of the United States during the 2008 election. In the presidential primaries, Obama’s primary rival was Senator Hilary Clinton, who he was able to beat out. In August of 2008, he announced that he would be running with Delaware state Senator Joe Biden. In the presidential election itself, Obama was running against John McCain, the Republican candidate. In the end, Barack won 52.9% of the popular vote, and he was elected president of the United States. This was a monumental occasion, making him the first African-American president to be elected. In 2012, he successfully ran for reelection against former Massachusetts governor Mitt Romney. Obama won 51.1% of the popular vote in that election, allowing him to remain president through 2016.

Yes, Barack Obama is married to Michelle Obama, who met in June of 1989 while he was working at a Chicago law firm. Michelle worked in the law firm alongside him, and the couple began to date later that summer. They were engaged in 1991, and marred in 1992. They have been married ever since, and throughout Obama’s presidency, they have been praised for their loving, healthy relationship.

Does Barack Obama have kids?

Obama has two daughters: Malia and Sasha. Malia was born in 1998, and Sasha was born in 2001. They were just young girls during Obama’s 2008 campaign, but today, they’re nearly both adults. Malia will be attending Harvard University in 2017, and Sasha is currently still enrolled in high school.

As president of the United States, the president earns a salary of $400,000. This obviously doesn’t include other funds that a president receives for things like travel and annual expenses, but that salary is about how much Obama is able to receive in a year, to spend on whatever he wants. The salary of a president has been set at $400,000 since 2001.

How much does Barack Obama make per day?

if we use that $400,000 as a starting point, with some simple math we can determine that President Obama makes approximately $1,095 per day. Maybe not as much as he would be making if he continued to practice law, but still not bad! 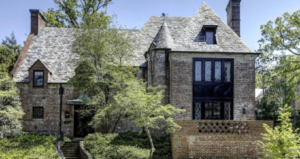 Barack Obama obviously lives in the White House right now, but he already has a house in Washington D.C. lined up for when his presidency is up. The house is located in Washington’s Kalorama neighborhood, and it features nine bedrooms and 8.5 bathrooms. When the house was sold in 2014, it sold for more than $5 million. The house has been recently renovated, and it includes a large terrace and garden. (This should be nice for Michelle, who prides herself on the large garden that she cultivated in the White House.)

Even before becoming president of the United States, Obama has dedicated his time and money to literal dozens of different charitable organizations. These organizations include the likes of the It Gets Better Project, NAACP, the National Domestic Violence Hotline, Save the Elephants, the Harlem Children’s Zone, the Kids Wish Network, and many, many more. He is famous for spending significant chunks of his presidential salary on charitable contributions, and he is sure to keep up that pace through his post-presidency, as well.