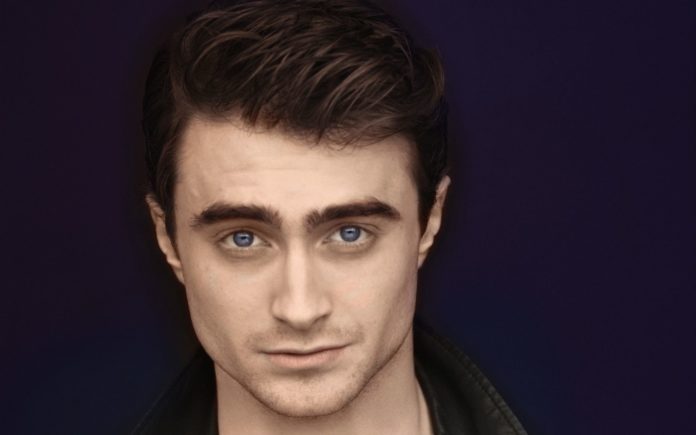 Daniel Jacob Radcliffe, better known as Harry Potter, is a British actor best known for his role in the hugely successful movie franchise with the same name. Contrary to what you may believe, he has starred in many other productions and even works the stages of Broadway plays. Being the star of such a successful movie series, it goes without saying that Daniel Radcliffe has created a significant fortune for himself. Let’s see what he did to get there, what he spent it on and where he came from.

How did Daniel Radcliffe Get So Rich?

Daniel was born on 23 July 1989 in Hammersmith, London. He was born as the only child to a Jewish mother and an Irish father. Daniel owes his acting talent to his parents, who both worked in the entertainment industry as children. His mother still continues to work as a casting agent as well as continues to be involved in many BBC films. Daniel made his debut in acting in 1999 for BBC One’s two-part mini-series on David Copperfield when he was only 10. While working on set, he still attended school, namely Sussex House and City of London School. But when he started working on the first Harry Potter movie, attending school slowly became too difficult.

As the Harry Potter franchise blew up and became an international success, Daniel found school to be too difficult and time-consuming, so he resorted to continuing his studies through tutors that could teach him on-set. While Daniel did do well at school, he opted out of continuing his education by refusing to attend a university or college. This is because by this stage, he knew he already wanted to write and act.

How Daniel became the star of Harry Potter is an interesting story. J.K. Rowling, the author of the original books, was hunting for an actor from Britain that could embody the character. She found the match after seeing footage of Daniel in David Copperfield, the director and head of casting, Chris Columbus, remembers saying “This is Harry Potter.” Rowling was happy with the directors decision and stated that he was perfect for the role. Initially, Daniel’s parents turned down their son’s role, as it involved flying down to Los Angeles in order to film some of the scenes. Warner Bros. decided to offer Daniel a multi movie deal with the filming done in the United Kingdom instead, at which time his parents accepted.

When Harry Potter and the Philosopher’s Stone was released in 2001, Daniel received a 7-figure salary. He was humble about it and even stated that the money wasn’t a driving factor for him and his goals. His parents remained calm and collected and decided to invest what Daniel earned from his films. Naturally, the Harry Potter series received an overwhelmingly positive reception and Daniel became one of the most likable characters in the movie industry.

Radcliffe also acted in The Tailor of Panama, an American film made in 2001 which received reasonable success, but did not come close to Harry Potter. Daniel also loved the stage and made his debut in 2002 as a celebrity guest in a West End theatre production of The Play What I Wrote. He has also started in other productions, including Equus, How to succeed in Business Without Really Trying and many other Broadway productions. The latter also won him an assortment of awards, including the prestigious Tony Award.

Since then, Radcliffe has participated in many other productions and films, including December Boys, The Woman in Black, Horns, Trainwreck, Imperium and the new international success, Now You See Me 2. Radcliffe also featured on popular tv shows including Robot Chicken, Extras, QI and Saturday Night Live. 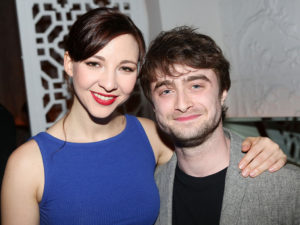 According to the media, the British actor has never had much luck when it comes to love. While his on-screen relationships were well-played out and convincing, not much has been known about his relationships in off-set until recently. What we do know for sure is that Daniel did date English painter Rosanne Coker for two years, but split in 2012. At this time, Radcliffe met Erin Darke, who acted with him in Kill Your Darlings. They have been dating for nearly three years.

With Radcliffe’s impressive on-set and on-stage skills, many awards have found their way into his hands. Some of his most noteworthy awards include Glamour Award Man of The Year 2013, Teen Choice Award in 2011 and 2012, WhatsOnStage Award for Best Actor in 2014, the 2013 Empire Hero Award, as well as two MTV Movie Awards. He has also received countless nominations for Best Performance by a Younger Actor for his roles in the Harry Potter movies.

Daniel is also ranked as the “Most Valuable Young Star” by Forbes magazine. He is also considered to be the wealthiest teenager in England, with a net worth of $110 million.

Perhaps an anti-climax, the only car that Daniel Radcliffe is known to have purchased, is a budget and eco-friendly Fiat Grande Punto hatchback. This car is definitely not what you would expect the richest teenager in England to purchase for his 18th birthday. While Radcliffe didn’t spend much on the car itself, he did fork out some cash to improve the car’s otherwise mediocre looks and performance by adding custom wheels, lights and a body kit. This effectively gave the green monster the notorious “ricer” status. While it may by a typical car for any average 18 year old Londoner to buy, its definitely not what you would expect a movie-star to purchase. 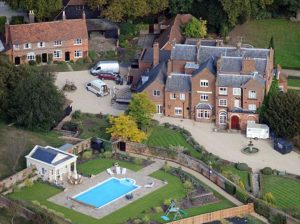 While Radcliffe was frugal with his transport, he didn’t apply the same mentality to his real estate acquisitions and has purchased three rather opulent properties in New York. When he was 20, he purchased the New York West 12th Street property, which is valued at over $5 million. He also purchased 40 Mercer Home at a cool $4.3 million, as well as 1 Morton Square Home for $4.9 million. While Daniel may not be a fan of cars, he definitely loves luxurious apartments.

While Radcliffe has spent a fortune on nice apartments, he has also given back to those in need. The British actor has donated to numerous charities and causes throughout his life. These include Book Aid International, Kids Wish Network, Lupus Foundation of America and The Trevor Project, which aims to restore children’s health and wellbeing. He has also donated to the Luke Neuhdel Foundation, which aims to improve the quality of cancer-strikes children and provide aid to families who are dealing with cancer patients.