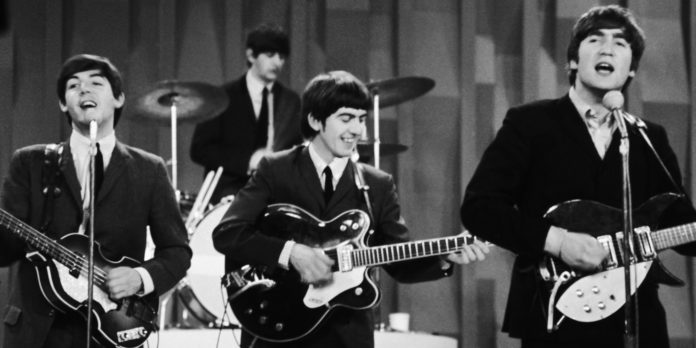 The Beatles, The Eagles, Bob Dylan and Queen are among the most recognizable names in all the music world. With millions of records sold, and more likely than not several billion listens, the top ten most popular songs of all time have likely been the soundtracks of many moments throughout millions of lives. Here, we take a look at which ten songs can be marked as the most popular of all time. Factors included in this ranking include record sales, critical acclaim, and cultural relevance. 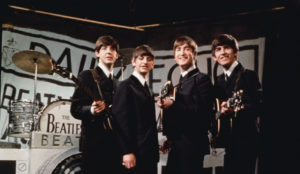 Harking from what many consider to be the golden era of modern music, this Beatles hit originally started out as a song of consolation for John Lennon’s son Julian (who was facing the divorce of his parents) by Paul McCartney. This song had the honor of being the longest of not only any Beatles song, but the longest to make it to the top of the British Charts, and also carried a long standing record as tied for the longest run hit on U.S. Charts. As a result, it has made it to number 10 on this list, and in 2013 had also made it on as Billboard’s Top 10 of all time in the same position. 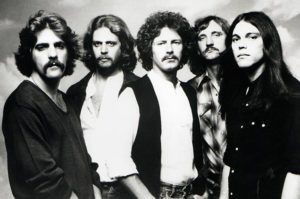 Holding the title of the song with the single best guitar solo ever (according to both the BBC and Guitarist Magazine) this Grammy winning song has some of it’s popularity as a result of the mystery surrounding the lyrics. Is it about satanic ritual? What about the consequences of drug use? Well, according to Don Henley, neither of those are quite true. Instead, the song is about the journey from innocence to experience in the Los Angeles high life. Being the number one song from the band, Hotel California makes it to number 9 on this list. 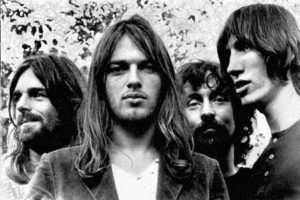 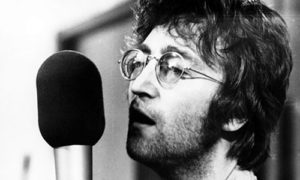 Any list missing John Lennon’s Imagine would be considered one lacking a song that typified many ideals of the 60’s and 70’s. With a plea for the audience to consider life without the barriers to considering others humanity over their affiliations to religion, nationality, or anything else, this was easily the most popular song made by John Lennon in his solo career. Sadly, soon after the release of this song, John Lennon was murdered, which contributed to the radio popularity of the song for quite some time. BMI has rated it as among the most performed songs in the 20th century, and RIAA has rated it number 30 in the 365 songs of the century. 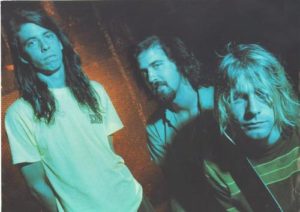 In a slight twist of irony, Nirvana’s Smells Like Teen Spirit was actually an homage to a band that didn’t quite make this top ten list – The Pixies. This song in particular originated in a fit of imagination mere weeks before the start of recording of Nevermind. After an initial (and somewhat predictable) fight over the potential “ridiculousness” of the song between bandmates and a 90 minute riff session, soon the music was slowed slightly, and the lyrics thought up. As quickly as it was written it would later be deemed a commercial and critical success, helping cement the band into rock and roll fame forevermore. 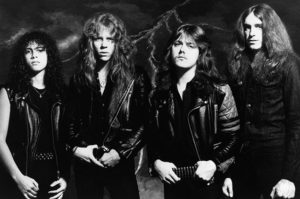 Coming from who many consider to be the best Metal band of all time, One was an incredibly popular song for the genre, and also for an anti-war song. Making it big across the U.S., U.K. and European charts, this song can also credit some of its success with the public to the particularly powerful music video, showing an injured solider, unable to communicate, coming home. As an interesting aside, the success of this song allowed the band to buy the rights to the movie Johnny Got His Gun, which is used throughout the music video. 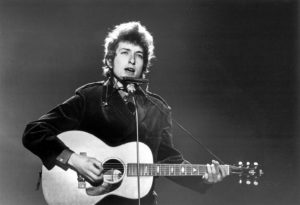 As odd as it sounds, Like A Rolling Stone nearly never made it as a song. First being considered “vomit” by Dylan himself as a way of reconciling a tough tour in England, it was later listed as a “destined flop” by record executives and stores. However, to the surprise of all, this song would end up being the most successful of Dylans releases. While never reaching number one status on the charts, it has remained a stable and constant representation of the era in which it was made. 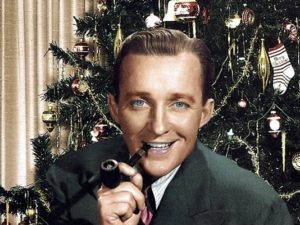 Somewhat appropriate for the season, Bing Crosby’s White Christmas takes the third spot on this countdown. With over 44 million copies of the album by the same name sold, this marks the first secular Christmas song to commercially achieve greatness. In fact, it is amusing to note that the original master copy of the record had to be used so much in the mid to late forties, that a re-recording with the same orchestra had to take place to allow for the creation of more copies of the disc. Ever since its release, it has become an integral part of the holiday season, now for over half a century. 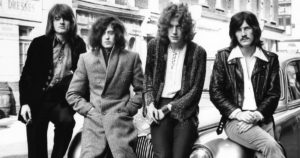 The Second most popular song on this list, Stairway to Heaven is also the most controversial on this list. Written, like several others on this list by a sudden inspiration to the writer, Robert Plant. Soon after completion of the lyrics, the guitar pieces would be completed by both Page and Plant, who had just returned from a trip into the Welsh countryside. After release, it would quickly rise to fame as one of the best rock songs of all time. Unfortunately, it would also start a lawsuit from another band, Sprit, who claimed copyright infringement due to distinct similarities in riff. The lawsuit, which had finally subsided in 2016, found that the two songs were distinct enough to not warrant such claims. 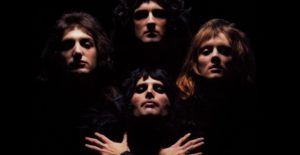 Topping off our list of the most popular songs of all time is one that, like it or not, you can probably recite from memory after the first measure. The only song on this list to have two distinct chart topping periods (first in 1976, and again in 1992 as a result of its featured role in the film Wayne’s World. Initially receiving slightly mixed reviews from critics, with its mix of prog rock, opera, and ballad, the commercial success was unprecedented. As a result, the song itself was entered into the Grammy Hall of Fame in 2004, and also selected as the Nation’s Number One Song for the United Kingdom in 2012.

This concludes our list of the top 10 most popular songs of all time. Do you have a suggestion of what should have made the list? If so, be sure to leave a comment on which song should be included in the future.