What Happened to Jessica Alba – News and Updates 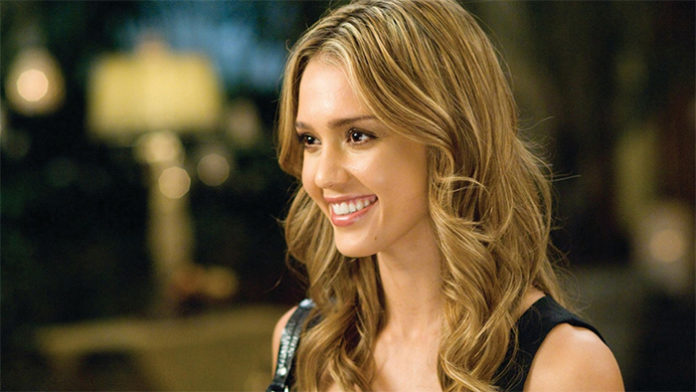 Jessica Alba is an American actress who initially rose to fame in the cyberpunk television series, Dark Angel at the age of nineteen. Having wanted to pursue acting ever since she was five years old, she persuaded her parents to let her participate in a Beverly Hills acting competition when she was eleven. Proving to be a natural, she ended up winning the grand prize and eventually began taking her first acting lessonsーjust a few months afterwards, she was signed with an agent to become an actress. In 1994, Alba made her film debut in the adventure comedy Camp Nowhere. However that was not her first time acting in front of the cameras; she had in fact, appeared in a couple of television commercials for J.C. Penney and Nintendo during her early childhood. Following the two month stint with Camp Nowhere, the blonde branched out to the small screen and appeared as a recurring character in the Nickelodeon comedy, The Secret World of Alex Mack. After many years of portraying different roles on-screen, Alba received a big break when she was cast as a female lead in the sci-fi series, Dark Angel.

Her first time playing a prominent role on television, her portrayal of main character Max Guevara earned her much critical acclaim. Continuing to play as the genetically-engineered super solder in Dark Angel for two seasons, her fame and popularity as an actress only went up. Following her time on the series, Alba appeared in a handful of TV shows including MADtv (2003), Entourage (2004), and Trippin’ (2005). A popular icon, the blonde beauty has received a number of awards throughout her career including an ALMA Award for “Breakthrough Actress of the Year”, a Young Hollywood Award for “Superstar of Tomorrow”, and a Nickelodeon Kid’s Choice Award for “Favourite Female Movie Star.” Aside from being a Golden Globe Award nominee, she has also been nominated for two People’s Choice Awards and a TV Land Award, amongst others.

Although Alba was originally known for her television appearances, she has since branched out into film. Some of her roles of the big screen include Honey (2003), Sin City (2005), Fantastic Four (2005), Fantastic Four: Rise of the Silver Surfer (2007), The Killer Inside Me (2010), and Little Fockers (2010), to list a few. On top of acting, she has also authored a book; she released “The Honest Life” in 2013, which chronicled her experiences with her family growing up. Voted as “The Fifth Sexiest Female Star” in 2002, Alba is currently the cofounder of The Honest Company, a consumer goods company which aims to sell and advocate for the use of non-toxic household products.

So what has the actress of Dark Angel fame been up to these days? What new endeavours and projects have she taken on? What happened to Jessica Alba? Where is she now in 2018? 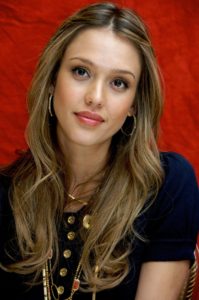 Born on April 28, 1981, in Pomona, California, Jessica Marie Alba is the daughter of Mark David and Catherine Louisa Alba; she is of German, French, English, Mexican, Welsh and Danish descent. Growing up with her younger brother, she spent a few years of of her early childhood in Biloxi, Mississippi, due to her father’s work in the Air Force. When she was nine years old, the family moved back to California where they settled in the city of Claremont. Raised in a self-described, “very conservative” family, Alba considered herself very liberal, even at a young age; for instance, she has stated that she identified herself to be a feminist as early as when she was five years old.

Despite having enjoyed a fairly happy childhood, Alba was plagued by many physical maladies during her early life. As a child, she suffered from pneumonia up to fives times a year, from partially-collapsed lungs twice and was also faced with a tonsillar cyst and a ruptured appendix. Due to her frequent visits to the hospital, she recalled being isolated from her peers at school, as no one was close enough to befriend her; her family’s often moving also probably contributed to her isolation. As asthmatic ever since she was a young girl, she also acknowledged that she suffered from obsessive compulsive disorder during her early teen years.

An aspiring actress ever since she was five, Alba convinced her parents to take her to an acting competition when she was eleven years old; the winner would be given with free acting lessons. Proving herself to be a worthy contender early on in the contest, she soon took home the grand prize; she was eventually approached and signed on by an agent just nine months following the event. At the age of thirteen in 1994, Alba made her first film appearance in the comedy, Camp Nowhere alongside actors Christopher Lloyd, Jonathan Jackson and Wendy Makkena. However it was in fact, not her first time acting on-screen; during her early school days, she had starred in two national commercials for J.C. Penny and Nintendo. 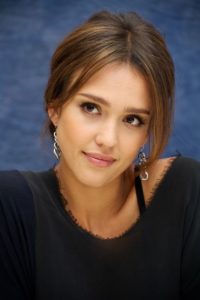 Following her time on the feature film, she made her way onto television in the Nickelodeon comedy, The Secret World of Alex Mack (1994), where she played a recurring character named Jessica. From there, she was cast as Maya Graham in Flipper (1994), a role which she held onto for two seasons; the series eventually came to an end after four seasons in 1997. Over the next year, Alba appeared in a handful of shows including Brooklyn South (1998), Beverly Hills, 90210 (1998), and The Love Boat: The Next Wave (1998). Shortly afterwards, she began transitioning into film and was cast in P.U.N.K.S. (1999), Never Been Kissed (1999) and Idle Hands (1999).

After years of working her way up in the industry, she eventually received a big break at the turn of the new millennium, when she was offered the lead part in the Fox series, Dark Angel (2000). Set in the post-apocalyptic city of Seattle, it revolved around a character named Max Guevara, a genetically-engineered super soldier who has managed to escape from a covert military facility; as she tries to find her genetically enhanced brothers and sisters, she must evade capture by pursuing government agents. Created by James Cameron and Charles H. Eglee, Dark Angel was met with favourable reviews upon its release, with many praising it for its script and acting. The winner of a People’s Choice Award for “Favourite New Dramatic Television Series”, its star-studded cast included Michael Weatherly, Alimi Ballard, Jennifer Blanc, Richard Gunn, J.C. Mackenzie, Valarie Rae Miller, and of course the actress herselfーwho played none other than Max Guevara. For her portrayal in the series, Alba received a number of awards including a Saturn Award, a Teen Choice Award, a TV Guide Award, amongst many other nominations.

Known for having played a significant part in the launching of the young actress’ career, Dark Angel continued for two years, and eventually ended in May 2002 after a total of forty-three episodes. Although the television series concluded after two seasons, a series of novels were released following its cancellation, which continued from where the show had left off. In the winter of 2002, a video game was also released for the Playstation 2 and Xbox, which featured Alba as the voice of Guevara. To this date, her role as Max in Dark Angel remains to be one of her best-known portrayals. 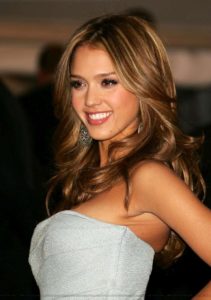 Following the success of Dark Angel, Alba appeared in multiple films over the next few years, one of which was Honey (2003). Directed by Bille Woodruff, the dance film starred Alba as Honey Daniels,  a bartender who dreams of becoming a world-class choreographer. Although it was met with generally negative reviews upon hitting the theatres, it opened at number two at the box office and grossed close to $13 million in its opening weekend. While it was panned for its lack of originality, it eventually went on to earn over $62 million worldwide. Aside from the actress, other members of the cast included Mekhi Phifer, Romeo Miller, Joy Bryant, David Moscow and Lonette McKee.

In the spring of 2005, the blonde starred as one of the lead protagonists in the crime anthology film, Sin City. Based on the graphic novel by Frank Miller, who also helped to direct the film, Sin City took place in a fictional town known as Basin City and revolved around a group of individuals who are caught up in violent corruption. Aside from Alba, who portrayed the part of Nancy Callahan, its ensemble cast also included Mickey Rourke, Bruce Willis, Benico del Toro, Clive Owen, Elijah Wood and Brittany Murphy. A critical success, the neo-noir film earned over $29 million on its opening weekend and eventually went on to gross over $158 million across the globe. For her performance, Alba received a MTV Movie Award for “Sexiest Performance” and a Teen Choice Award nomination for “Choice Movie Actress in an Action/Thriller.” The actress would later go on to reprise her role as Nancy in the 2014 sequel, Sin City: A Dame to Kill For.

From crime to supernatural horror, Alba was later cast as the female lead in The Eye in February 2008. A remake of the 2002 original by the Pang Brothers’, it revolved around a violinist named Sydney Wells, who after receiving an eye transplant, finds herself with the ability to see the nonliving. While The Eye was considered to be inferior to the Hong Kong original by critics, it opened in second place at the box office and earned over $12 million during the initial weekend; it eventually went on to gross over $56 million. While Alba played the part of Sydney Wells, actor Parker Posey portrayed the role of her mother. Other actors involved in the film include Alessandro Nivola and Rade Serbedzija.

What has Jessica Alba Been Up to Recently in 2016?

This January, Alba starred in yet another horror film of the supernatural variety called The Veil. Directed by Phil Joanou, the movie is set twenty-five years after a mass suicide by a religious cult; a lone survivor then returns to the scene with a documentary crew in hopes of determining what had really happened so many years ago. Released through video-on-demand in January 2016, it had Alba playing the main role of Maggie Price; other actors involved include Lily Rabe, Ivy George, Aleksa Pallandino, Reid Scott and Thomas Jane.

More recently, she played the part of Gina Thorne in the French-American action thriller, Mechanic: Resurrection. The follow-up sequel to the 2011 film The Mechanic, it starred Jason Stratham, Tommy Lee Jones, Michelle Yeoh, Sam Hazeldine, and Alba in the lead roles. Although it was met with less-than-ideal reviews upon its release, it was successful at grossing over $125 at the box office worldwide.