What Happened to Coolio – News and Updates 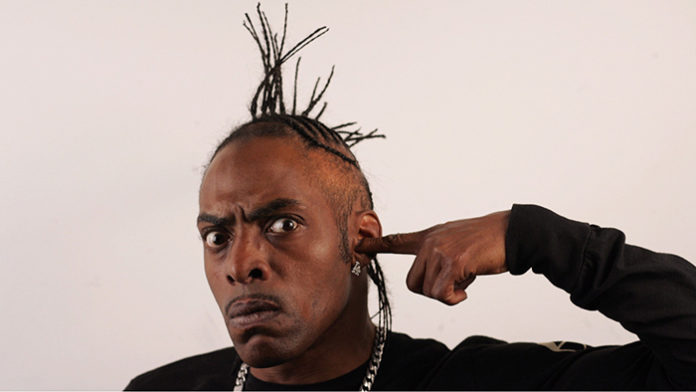 Coolio is an American rapper first broke out into the music scene with his debut album, It Takes a Thief in 1994. Although he was highly intelligent as a child, his asthma often prevented him from straying too far from the house. Following his parent’s separation, he joined a gang and quickly found himself getting into trouble. Despite his less than stellar childhood, he later studied at a community college, where he started to take his hobby in rap, something which he’d been introduced to during high school, more seriously. Adopting the stage name of “Coolio Iglesias,” he began taking part in a number of contests, eventually going as far as becoming a regular on a Los Angeles R&B radio station. Despite his growing success at the time however, he soon found himself struggling with a drug addiction; with help from rehab however, he eventually overcame his difficulties and put his rap career back on track. Having made a number of connections in the L.A. music scene, he later secured a deal with Tommy Boy Records in 1990.

With much perseverance, he released his debut album It Takes a Thief in 1994ーit would go on to produce the number three single, Fantastic Voyage. Since he first step foot into a recording studio, Coolio has released eight full length albums, twenty-two singles and twenty seven music videos. To date, his 1995 album, Gangsta’s Paradise remains to be his most successful, having sold over two million copies within the United States. A popular R&B icon, Coolio has received a multitude of awards throughout his career including a prestigious Grammy Award for “Best Rap Solo Performance” in 1996. On top of that, he’s also been honoured with three MTV Video Music Awards for “Best Rap Video”, “Best Video from a Film”, “Best Dance Video” and an American Music Award for “Favourite Rap/Hip Hop Artist.”

Although he’s mostly known for his work in music, Coolio has also made a number of appearances in both film and television over the years. He made his debut on the small screen as a gangster in the 1995 comedy, The Parent’ Hood. Some of the other projects which he’s been involved with as an actor include Space: Above and Beyond (1996), An Alan Smithee Film: Burn Hollywood Burn (1997), The Nanny (1998), 18 Wheels of Justice (2000), and Robbery Homicide Division (2002), amongst many others. An avid cook, Coolio has also taken part in several culinary reality series the past few years including Rachael vs. Guy: Celebrity Cook-Off (2012), Chopped (2014), Cupcake Wars (2016)ーin fact, he even had his own cooking show called Cookin’ with Coolio back in 2008!

So what has the R&B singer/actor/chef been up to these days? What new projects has he taken on as of late? What happened to Coolio? Where is he now in 2018? 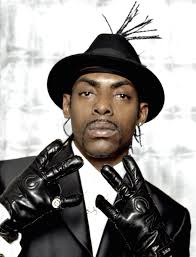 Born on August 1, 1963, in Monessen, Pennsylvania, Coolio (Real Name: Artis Leon Ivey Jr.) is the son of Jackie Slater and Artis Leon Ivey Sr., a factory employee and a carpenter respectively. Although he was highly studious and intelligent as a young child, his asthma attacks often prevented him from leaving the house; as a result, he spent much of his childhood reading at home. When he was eleven years old, his parents divorcedーsomething which he took extremely hard.

In attempts to fit in with his peers, he joined a street gang called Baby Crisps; from there, it didn’t take long for him to get into trouble. Creating an unstable persona, he began carrying various weapons to school in his late teens. When he was seventeen years old, his ill-doings finally caught up with him as he was caught and sentenced to prison for a few months for larceny.

After graduating from high school, Coolio went to Compton Community College in; it was then that his interests in rap music was rekindled. Delving deeper into the hip-hop scene, he began taking part in multiple contests under the stage name of “Coolio Iglesias.” Proving himself to be a worthy contender, he eventually became a regular on a Los Angeles R&B radio station. Despite the positive direction that his rap career was going in however, he soon found himself struggling with a drug addictionーsomething which effectively derailed his budding music career. Determined to straighten himself up, he entered rehab and later began working as a firefighter in Northern California. After overcoming his difficult times, he moved back to Los Angeles where he worked several odd jobs to make ends meet, all while trying to get his music career back on track.

Trying to put himself out there, he began making connections in the L.A. hip hop scene; in doing so, he met up with the group, WC and the Maad Circle and was eventually featured in their debut album. After a brief stint with a collective known as the 40 Thevz, Coolio was finally awarded with progress as he secured a recording deal with Tommy Boy Records. 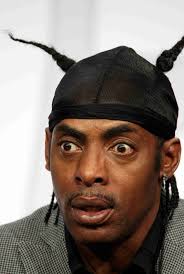 In the summer of 1994, Coolio released his debut album entitled It Takes a Thief under the Tommy Boy label. Produced by a team of individuals including Paul Stewart, Billy Boy, Rashad Coles, and CS Coleman, it showcased sixteen tracks, the last of which featured Billy Boy and J-Ro in the vocals (e.g. I Remember). A few standouts from the track-list include On My Way to Harlem, Smokin’ Stix, It Takes a Thief, and Bring Back Something’ fo da Hood.

Praised for its lighthearted and humorous approach to typical Gangsta rap, it peaked at number eight on the Billboard 200 Chart and currently holds a B+ rating on Entertainment Weekly. It Takes a Thief went on to spawn a handful of singles including: Country Line, Mama ‘m in Love Wit’ a Gangsta, and I Remember and Fantastic Voyage. Out of the four, Fantastic Voyage saw the most success, having peaked at number three; it was quickly known as his breakout hit. It Takes a Thief was later certified Platinum by the RIAA in October 1994.

Just a year after his initial effort, Coolio released his second studio album, Gangsta’s Paradise in November 1995. Produced in part by the artist himself, it received much praise upon its release and to date, remains to be his best-selling album. Ranked number four on Entertainment Weekly’s list of “Top 10 Albums of 1995”, it featured seventeen tracks including Exercise Yo Game, Kinda High Kinda Drunk, For My Sistas, A Thing Goin’ On, The Revolution, amongst others. Met with nothing but favourable reviews, Gangsta’s Paradise peaked at number nine on the Billboard 200 and at number fourteen on the Top R&B and Hip Hop Albums Chart. A hit overseas, it also charted within the top ten in a handful of countries such as Sweden, New Zealand, Germany, Austria, The Netherlands and the UK. Given an A- rating from music critic Robert Christgau, it produced three singlesーGangsta’s Paradise, Too Hot, and  1, 2, 3, 4 (Sumpin’ New), the first of which was later featured in the drama film, Dangerous Minds. As of 1996, the album sold over two million copies within the US, earning itself 2x Platinum certification from the RIAA.

In the summer of 1997, Coolio released his third studio album entitled, My Soul; it also served as his last record with Tommy Boy Records. Although it did not achieve the same level of success as his preceding efforts, it still managed to chart in at number thirty-nine on the Billboard 200 and at number forty-nine on the Top R&B and Hip Hop Albums Chart. Produced by DJ I-Roc, Bryan Dobbs, Vic C., and Romeo, the disc boasted sixteen tracks, many of which featured guest artists such as Throwdown 2000, Homeboy, Nature of the Business, Hit’ Em, and One Mo’. Commended for being “remarkably consistent,” it saw the release of two singlesーC U When U Get There and Ooh La La, the first of which made its way into the top twenty in four different charts. Just three months after its release, My Soul received Gold accreditation from the RIAA for achieving over 500,000 units in sales.

Following a Japan-only release in 2001, Coolio released his next studio album, El Cool Magnifico in October of 2002. Produced by Jamie James, Vic. C, Devon Davis and the R&B artist himself, it consisted of fifteen tracks, many of which were taken from the 2001 album, Coolio.com; a few titles from the track-list includeWhat is an MC, Show Me Love, Shake It Up, Island Hop, and Hear Me Now, amongst others. Despite the fact that it was his first full-length release in five years, it was not met with much success and did not chart in the United States. Although it did go on to spawn three singles: Sunshine, Ghetto Square Dance and I Like Girls, none of them made its way to the charts.

Four years afterwards, the R&B artist released his sixth studio album entitled, The Return of the Gangsta in October 2006. His first and last release with Hardwax Records, it featured nineteen hip hop tracks including Lady and Gangsta, One More Night, Keep on Dancing, They Don’t Know, West Coast Anthem, amongst others; many of the songs were later re-released again on his subsequent album, Steal Hear. Met with negative reviews upon its release, The Return of the Gangsta was mainly criticized for its predictable rhymes and overdone topics. Despite its underwhelming performance, it went on to spawn a single entitled, Gangsta Walk which featured fellow artists Gangsta-Lu and Snoop Dog; although it didn’t chart in the US, it did go on to reach the ranks in Australia, Austria, Switzerland and the UK.

Coolio released his met recent full-length album, From the Bottom 2 the Top in July 2009. Distributed under the Subside Records label, the disc showcased eleven tracks and was produced solely by the artist himself; the songs Motivation, Cruise Off and Boyfriend were taken from the singer’s seventh studio album, Steal Hear. The album eventually spawned two singlesーLady Vs Beat Nouveau and Change, however neither of the two made it onto the charts.

Although Coolio hasn’t released a studio album since 2009, he hasn’t retired from the music scene quite just yet. In fact, the R&B star just recently embarked on an “I Love the 90’s” Tour this past spring alongside Vanilla Ice, Color Me Badd, Salt-N-Pepa, Tone Loc, and a number of other artists. The highly anticipated event kicked off in April 2016 in Greenville, North Carolina and stopped at 28 major cities prior to ending at the Salem Civic Center this October. Having said that, if you missed out on the opportunity to see the celebrities on stageーthey just recently announced last month that Coolio, Salt n Pepa and Vanilla Ice will be extending their “I Love the 90’s” Tour into the summer of 2017; more specifically, they will be holding concerts in Auckland and Christchurch in June 2017.