Barbara Corcoran Net Worth – How Rich is The Shark Tank Superstar?

Barbara Corcoran is one of the most compassionate sharks on the Shark Tank. Her caring personality shines through, even when she’s talking business. Let’s take a look how that amazing business woman was able to make her 90 million-dollar net worth.

How Did Barbara Corcoran make their money & wealth

Barbara Corcoran was born in Edgewater, N.J on March 10th 1949. She was one of ten children. With that much competition, Barbara had to make herself known. When she was nine years old, she saw a wall being built near her neighbor’s house. She decided to go ahead and write her name in the wet cement in big block letters. It didn’t take much investigation for the neighbors to find out who was the one who defaced their property. Of course, with that many children, her parents did not have the funds to pay them back for the wall. Barbara Cocoran spent the summer doing chores and generally being their “slave”. This was a formative moment for Barbara. It was when she first realized that she wanted to be in the public eye. 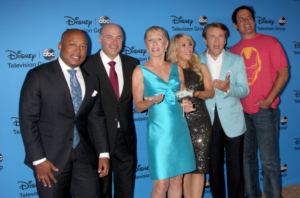 That dream of hers took a while to manifest. According to her website, she got bad grades in high school and college. In 1971, she graduated from St. Thomas Aquinas College with a degree in education. Barbara Cocoran took a series of 20 different jobs, including waitressing which is mentioned in the Shark Tank intro. After college, Barbara spent a year teaching. She decided it wasn’t for her in the same way that those previous 20 jobs had not been for her. Perhaps working for someone else was not for Barbara. The man she was dating at the time offered her a $1,000 loan to start a real estate company. She called it The Corcoran-Simone Group and it was wildly successful.

Barbara had an interesting approach to marketing. She is now famous for her stunts, such as getting her friend to smudge a house she was selling in order to get the evil spirits out. It was televised, and Barbara got lots of publicity. She sold lots of apartments in New York City and was able to turn that thousand dollars into 66 million when she sold it in 2001. She also managed to get her name out there by publishing the Corcoran report, which was an analysis of real estate data trends in New York City in the 1970s. At this point she split with her boyfriend who started a relationship with his secretary. The Corcoran group is now a 5 billion dollar company. It is one of the largest real estate firms in New York City.

In 2008, Barbara was approached by a producer who wanted to see if she would put out her own money in startups on a new reality TV show. She decided that that was a very good idea, and sign the contract and went out and bought new outfits. The producer later called her back to say that someone else had taken the position. She emailed him and stated that she was still interested, and to this day she has filmed seven seasons with an eighth one underway.

Barbara also makes her money from writing. She wrote a book called If You Don’t Have Big Breasts, Put Ribbons on Your Pigtails. Barbara Cocoran also does many public speaking engagements in the real estate Arena. She seems like a very busy woman, as her website has her going to many different appearances throughout the month. Barbara has also contributed to Good Morning America, The Today Show, as well as Fox TV. 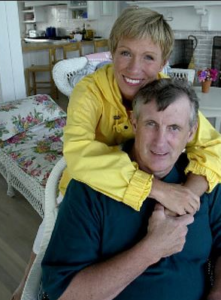 Barbara is married with two children. She is living in Manhattan with Bill, who is her second husband. She has a nine-year-old adopted daughter, as well as a son in his twenties. She had her son late in life, at 45 years old. She is stated in interviews that his birth, and wanting to be with him, was what sparks the desire to sell her highly profitable business.

Between her Shark Tank Episodes, her public appearances, and her TV spots Barbara makes about 40 million dollars per year.

How much money does Barbara Corcoran make per day?

While her shark tank earnings are unknown it’s claimed that her real estate appearances net her between $30,000 and $50,000 each. It is also unknown how much her other business ventures make her as she has her hands in a variety of pots and a large amount of real estate investments that presumably generate a very large income as well. 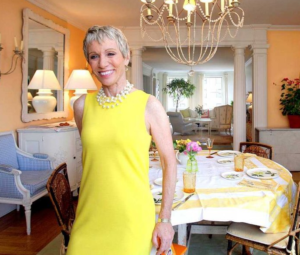 Barbara lives in New York City. In an apartment that she purchased about 15 years ago. The property is very unique with beautiful decorations with a rustic and yet comfy look. Barbara also has two beach houses on Fire Island in New York.

Since she lives in New York City, Barbara doesn’t seem to be as car-obsessed as her fellow Sharks. She did tell Business Insider that she spend her first profits from her real estate business on cars for herself, as well as her parents. She got “her dad a new Lincoln Continental, and her mom a new Mercury Cougar convertible and (sent) them down to their Florida condo.” She’s more frugal about spending her wealth now, but she does recommend that newly successful businesspeople make at least one extravagant purchase that they can look back on, and smile about.

Barbara Corcoran invested a total of $5,465,000 on air on Shark Tank. She has made a total of 53 deals across the 82 episodes that she has appeared in or 16% of the 336 pitches. The average of these sales was $103,113. Almost half of those deals were made in partnership with other Sharks. Barbara Corcoran apparently prefers to work with Mark Cuban – 10 of those deals were made in conjunction with him. Many of her deals were done with entrepreneurs that also live on the East Coast. The most money that she invested individually was for Coverplay, which produces a slipcover that goes over children’s play yards. The germ-cutting device was a $350,000 in exchange for 40% equity in the company.

Barbara Corcoran may be a multimillionaire, but she is also very generous. She takes care of her college-age family members, putting an impressive 23 kids through university. In addition, Barbara donates her time towards mentoring young business people to success. She also donates to charities that help people with dyslexia.

One of Barbara Corcoran’s biggest accomplishments was starting a women’s only Real Estate Group at a time when women weren’t necessarily taken seriously. After her longtime boyfriend had left her for her secretary, he told her that she would never make it on her own since there were no women-owned real estate businesses in New York City. She proved him wrong, and the Corcoran group is now worth five billion dollars. That is a far cry from the thousand dollars that he initially invested in it.