Danny Glover is an old guy, and over the course of his long and storied career, he has appeared in countless different films. From Saw to Lethal Weapon, there are many blockbuster film franchises that feature some kind of role from Danny Glover. However, in more recent years, you may have noticed that Glover isn’t in as many movies as he has been in in the past. What’s the deal with that? Has he finally retired from the entertainment business? In this article, I’ll be talking a little bit about Danny Glover’s rise to success in acting, while also making sure to discuss what he has been doing with his career more recently.

Danny Glover was born in July of 1946 in San Francisco, California. He grew up in a somewhat politically charged environment, with both of his parents being active members of the National Association for the Advancement of Colored People. He graduated from George Washington High School and went on to pursue a higher education at San Francisco State University. He didn’t ever end up graduating from the university, however, and he ended up dropping out later. on. Interestingly enough, Glover was involved with something completely different from acting for a long time: city administration. I don’t think that anything could be any more different from acting, and so it was certainly a big career move for him to decide to change paths in such a major way. 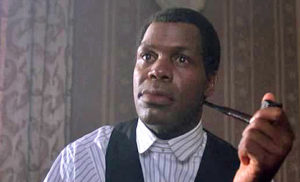 Danny first got into acting through the American Conservatory Theater, where he would train his skills alongside other aspiring actors. After working with some of these people for just a little while, Glover made the decision that he wanted to become a stage actor. (That’s right. Danny didn’t dream of being on the silver screen like a lot of other actors did. He wanted to perform on stage.) Danny packed his bags and moved to Los Angeles, where he hoped to find some major roles. Ironically, although Glover wanted to become a stage actor more than he wanted to become a film actor, his film debut came well before his stage debut, in 1979. Glover had a very, very small role in the movie Escape from Alcatraz, but this would certainly not be his last role. He had a much more high-profile role in 1985, when he played Mr. Albert Johnson in The Color Purple. However, he had yet to become a household name. He would continue to pick up small roles in both television and film before he saw a major breakout year in 1987. 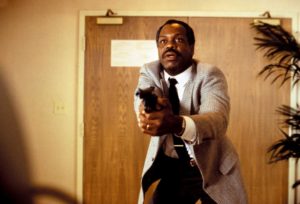 In 1987, Glover saw two of some of his most iconic roles come to light. First of all, he was cast in the movie Lethal Weapon alongside Mel Gibson. This buddy cop action comedy flick was a box office hit, and it seriously helped to kick off the careers of both Danny Glover and Mel Gibson. Outside of that film role, Glover put in some more dramatic work when he starred in the 1987 HBO film Mandela. Both the movie and his performance were critically lauded, and it actually ended up earning Danny a Primetime Emmy Award nomination for Outstanding Lead Actor. With these two major performances in such a short period of time, Danny suddenly found himself in a situation where people were thinking that he was an actual, skilled actor. His fame, as it happens, would only build over the course of the next few years.

In 1989, he was able to reprise the role of Roger Murtaugh in Lethal Weapon 2, which was even more commercially successful than the original movie. In that very same year, Glover saw another critically acclaimed television role when he appeared as Joshua Deets in the show Lonesome Dove. For his work as Joshua Deets, he was nominated for a Primetime Emmy Award for Outstanding Supporting Actor. His career went quiet for a little bit after this period, as he appeared in more small television and film productions. Many of the films that he appeared in during this time didn’t do quite as well as his previous, and so none of those roles are really considered iconic. Movies that he appeared in during this time include the likes of Predator 2, A Rage in Harlem, and Pure Luck. In 1990, however, he starred in the film To Sleep with Anger, an independent film where he earned an Independent Spirit Award for his performance. 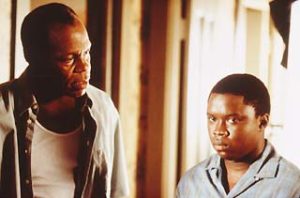 In 1992, Glover made his return to the Lethal Weapon film franchise in Lethal Weapon 3. Although you might think that the series was just beating a dead horse by this point, the third installment of the series was actually the most commercially successful out of all of them. The movie ended up making over $320 million on a $35 million budget. A year later, he had a major role in the CBS miniseries Alex Haley’s Queen, with his performance ultimately earning him an NAACP Image Award for Outstanding Actor. Danny had another critically acclaimed television role in 1995, when he played Philip Marlowe in just one episode of the series Fallen Angels. Although he wasn’t a recurring character, he still earned a Primetime Emmy Award nomination for Outstanding Guest Actor. Again, in 2000, Glover was praised for his television performance for Freedom Song, where he was nominated for both a Primetime Emmy Award and a Screen Actors Guild Award. In 2004, he had a prominent role in the horror hit Saw. All in all, he had become a major actor in both television and film.

If one just takes a quick look at Danny Glover’s filmography, one will see that he hasn’t received major praise for a film or television role since 2009, where he was nominated for an NAACP Image Award for his work in the movie 2012. Obviously, that doesn’t mean that he hasn’t been doing movies, though. Many of his roles have just been smaller, or in less successful films. For instance, in 2015 alone he appeared in the movies Gridlocked, Waffle Street, and About Scout. None of these films are really traditional theater wide releases as you would think of them today. He has just been acting in a slightly different capacity than he has been in the past. But what about more recently? What has Danny Glover been up to in 2016 and 2017?

If you’re a fan of Danny Glover’s acting abilities, have I got news for you. Although the year is still young, Glover is currently slated to appear in a couple of productions in 2017. To begin with, he will be providing a voice for the Paramount Pictures animated film Monster Trucks, which is currently slated for release in early 2017. He kept pretty busy in 2016, too, appearing on an episode of Criminal Minds, and having roles in movies like Dirty Grandpa, 93 Days, Almost Christmas, and Complete Unknown. Again, these aren’t movies that everyone has heard of, but they’re still movies. At the very least, this talented actor has yet to hang up his hat altogether.