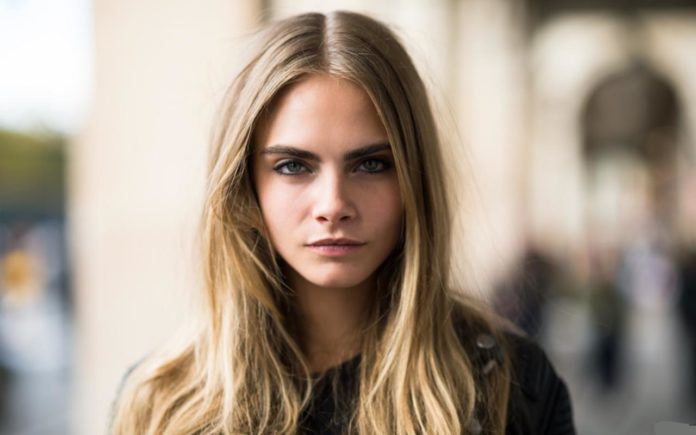 Although she hasn’t been considered a celebrity for very long, Cara Delevingne has quickly become one of the most promising young people in entertainment. Whether she’s modelling or acting, she has a tendency to turn a lot of heads. Cara has become very popular within the span of just a few years, but how has that popularity affected her personal wealth? In this article, I’ll talk about how Cara Delevingne was able to rise to fame in the first place, while also making sure to address how that fame has made her rich. Without further ado, let’s see if we can’t learn more about this budding star.

How did Cara Delevingne make her money and wealth?

Cara Delevingne was born in August of 1992 in Hammersmith, London. She grew up in an affluent household, in Belgravia. Belgravia is known for having a high cost of living, and overall being one of the wealthiest districts in the entire world. In general, her family was well-connected to her future work. Cara’s older sister Poppy became a model, and her relatives consisted of publishing executives, newspaper proprietors, magazine publishers, actresses, and politicians. Growing up, Delevingne attended the Francis Holland School for Girls, which is located in central London. Cara was drawn to modelling at a young age, if only partially due to sister’s work. At the age of ten, she took part in an editorial for Vogue Italia. When she was sixteen years old, she ended up going to Bedales School, which is located in Hampshire. She struggled a lot in school due to her dyspraxia, and so she dropped out after just one year at Bedales to focus on her career. 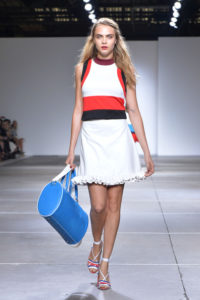 This would prove to be a wise move. In 2009, Delevingne signed with Storm Model Management, which is the very same agency to represent the likes of Kate Moss, Emma Watson, Alexa Chung, and Monica Bellucci. Unfortunately, her path to success was not an easy one. She would go through two entire casting seasons before she was able to land a runway show, but she didn’t seem deterred by this grind. In the end, she saw her first runway at Fashion Week in London in February of 2011. She wore Burberry Prorsum’s autumn/winter collection, and she was even able to open and close the runway in September’s 2011 London Fashion Week. This time, she modeled Burberry Prorsum’s spring/summer collection. Cara was able to carry this impressive momentum into 2012.

She kicked off the 2012 season in the Chanel Haute-Coutoure spring show, which took place in Paris. Her career really kicked off at this point, and she walked in nine different shows at the New York Fashion Week. In Milan Fashion Week, she took part in six shows. Later, she would walk in seven shows at the Paris Fashion Week. Due to her outstanding work in these shows, she quickly became one of the biggest names in fashion. She was considered a standout among the shows, with people praising her strong personality on the runway. By the end of the 2012 season, Delevingne had walked in over 50 shows. If you aren’t familiar a lot with modeling, then let me just tell you that this is an incredibly impressive figure, especially for someone who’s kind of a beginner when it comes to the industry. 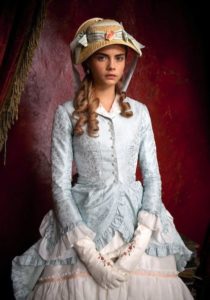 In 2012, Cara also saw the beginning of her career in film. She had a relatively small role in the movie Anna Karenina, a British romance movie that was a pretty solid commercial and critical success. Over the course of the next couple of years, she would only see her fame grow. Her 2013 season was not quite as over-the-top as her 2012 season, for a couple of reasons. To begin with, she was becoming more selective. Since she had sufficiently made her mark on the industry, Delevingne didn’t have to worry quite as much about pushing herself to acquire additional exposure. Outside of that, she was also looking to expand upon her career in acting. Still, 2013 was a good year for her modeling career. The time of that she spent during this time would prove to be time well spent.

2014 wasn’t a major year for Cara, so to speak, but she still had a strong presence on runways in Paris and in London. It was also the year where she saw her major film debut in the movie The Face of an Angel. 2015 was arguably the biggest year that Cara Delevingne has ever had, to date. Although she wasn’t walking the runway in the same kind of major way that she has in the past, her major work in mainstream movies allowed her stardom to explode in an unbelievable way. She had a small appearance in the movie Pan, but her biggest appearance was in Paper Towns, where she had a large role. This served as Cara’s breakout acting role, and it would allow her to acquire even larger roles later on. 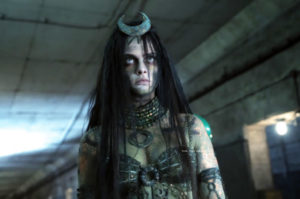 Today, Cara Delevingne is one of the biggest and newest names in Hollywood. In 2016, she appeared in three movies: Suicide Squad, Kids in Love, and London Fields. Suicide Squad was by far the largest movie of those three, and it was a huge box office success. In the movie, Cara played June Moon, the Enchantress. Later this year, Delevingne is set to appear in Tulip Fever and Valerian and the City of a Thousand Planets. It isn’t all too common for models to become major figures in entertainment as a whole, but Cara Delevingne was the exception. As a result of her success in so many different fields, she has amassed quite the impressive wealth.

Who is Cara Delevingne dating?

One of the biggest headline stealing aspects of Cara Delevingne is her open bisexuality. For a good period of time, she was dating Annie Clark, an American musician. They broke up in September of 2016, however. As of right now, it appears as if Cara is single.

Although her multiple streams of income, it can be difficult to determine exactly how much Cara Delevingne makes in a year. It has been estimated that she makes around $9 million per year. This definitely isn’t bad coming from someone who works in so many different fields.

How much does Cara Delevingne make per day?

If you use her yearly salary as a starting point, you can just use some basic math to calculate Cara Delevingne’s daily income. In a 365 day year, she makes about $24,000 in a day.

Over the years, Cara Delevingne has supported a wide variety of different charitable organizations. These organizations include the likes of I Am Not a Trophy, The Future is Female, and the Gynaecological Cancer Fund. It’s not always that young celebrities dedicate their time and attention to these kinds of causes, so it’s a breath of fresh air to see how responsible Cara is personally.

As both a model and a movie star, Cara Delevingne has earned numerous accolades. In 2012, she was named Model of the Year by the British Fashion Awards. In 2015, at the Teen Choice Awards, she won Choice Summer Movie Star and Breakout Star for her work in Paper Towns. Most recently, she won a Teen Choice Award for her work in Suicide Squad. Cara hasn’t been working in entertainment for very long, but she has already become massively successful.