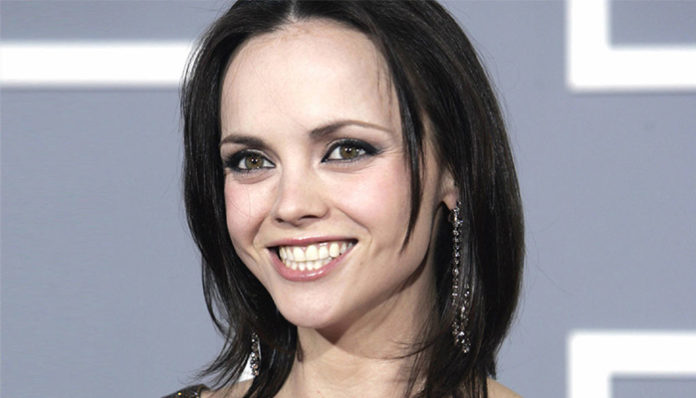 American actress Christina Ricci first gained recognition as a child star in the early 1990’s for her role in The Addams Family (1991). As a young girl, she was scouted by a critic for the Bergen Record during a school play when she was right years old. While she was still in grade school, Ricci began appearing in several parody commercials in the popular late-night comedy, Saturday Night Live. By the time she was ten, she had made her feature film debut in the romance drama, Mermaids (1990), playing the part of Cher’s on-screen daughter; the actress also starred in the music video for the film’s original soundtrack. Her first professional acting role, it ultimately served as a stepping stone to further fame. Shortly afterwards, she was met with a big break when she was cast as one of the lead characters in the fantasy comedy film, The Addams Family (1991). A commercial success, Ricci later reprised her role as the precocious Wednesday Adams in the sequel, Addams Family Values in 1993. Critically praised, her performance garnered her much applause and praise as a young star.

Continuing to hone her skills in front of the camera, Ricci later starred in the comedy flick, Casper (1995)ーit was her first time playing a lead character. Throughout the rest of the decade, she went on to appear in a series of films including Now and Then (1995), Gold Diggers: The Secret of Bear Mountain (1995), That Darn Cat (1996). From that point onwards, the actress gradually began transitioning to more adult roles; for instance, she portrayed a sexually curious woman in Ang Lee’s drama film, The Ice Storm (1997)ーa portrayal that later earned her a handful of award nominations. Since then, her collection of accolades has only gotten bigger; an Academy Award and Primetime Emmy Award-nominee, Ricci has received two Saturn Awards (e.g. Best Actress, Best Performance by a Younger Actor), two Blockbuster Entertainment Awards (e.g. Favourite Supporting Actress, Favourite Actress in a Horror), an Online Film & Television Award (e.g. Best Comedy/Musical Actress), amongst many others.

So what has the former child actress of The Addams Family Fame been up to nowadays? What are some of her latest on-screen projects? What happened to Christina Ricci? Where is she now in 2018? 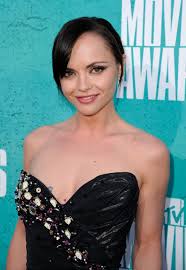 Born on February 12, 1980, in Santa Monica, California, Christina Ricci is the youngest child of Ralph Ricci and Sarah Murdoch, a lawyer and real estate agent; according to the actress herself, she is of Scots-Irish descent. When she was still a toddler, her family relocated to Montclair, New Jersey; it was there that she attended Edgemont Elementary School as a young girl.

As the years passed, Ricci eventually went to Glenfield Middle School and later, Montclair High School in her teens. However she did not stay there for longーfor she soon left the school in lieu for New York City’s Professional Children’s School. When she was thirteen, her parents separated. While Ricci remained close to her mother since their divorce, she has stated that she has a turbulent relationship with her father, with whom she hasn’t spoken to her since she was a teenager.

While she was still in elementary school, Ricci was spotted by a newspaper critic who happened to see her perform in a production of The Twelve Days of Christmas. With his help, she soon began appearing in a variety of parody commercials on Saturday Night Live at the age of seven. From there, she eventually made her film debut in the comedy drama, Mermaids (1990). Well-received upon its release, the movie went on to earn her a Young Artist Award for “Best Young Actress in a Supporting Role” the following year. Continuing with her budding career, Ricci later made an appearance in the crime comedy, The Hard Way (1991) prior to receiving a breakthrough role in an 1991 adaptation of The Addams Family. 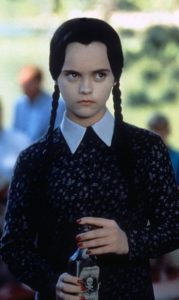 Based on a cartoon of the same title by Charles Addams, The Addams Family initially debuted in a handful of Los Angeles theatre on November 16, 1991. Directed by Barry Sonnenfeld, the film revolved around a con-artist who tries to introduce an accomplice, whom he claims to be the family’s long-lost uncle, into the Addam’s mansion in attempts to get money. In the movie, Ricciーwho was eleven years old at the timeーplayed the part of Wednesday, the only daughter of Morticia and Gomez Addams (portrayed by Angelica Huston and Raul Julia respectively).

Other cast members of the film adaptation include Christopher Lloyd, Jimmy Workman, Judith Malina, Carel Struycken and Christopher Hart. Upon its international theatrical release on November 22, 1991, The Addams Family was met with positive reviews; it eventually went on to gross $113 million in the United States and over $191 million worldwide. Hailed as the “Best Horror Film of 1991” by the Horror Hall of Fame, it earned the young actress a Young Artist Award nomination for “Best Young Actress” and a Saturn Award nomination for “Best Performance by a Young Actor”.

Two years later in 1993, she reprised her role as the pale, teen girl in the sequel, Addams Family Values. Once again directed by Sonnenfeld, it featured most of the original cast and was released in theatres on November 19, 1993. Noted for being more ghastly than its predecessor, it followed the members of the family as they tried to prevent their beloved uncle from falling victim to a a gold digging new love. Upon reaching the screens, it opened at number one at the box office and grossed over $14 million during its opening weekend; it later dropped to the second and third positions in the subsequent weeks.

Lauded for the gothic, yet humorous atmosphere that it created, Addams Family Values received many praises from viewers and critics alike. Commended for its developed characters and multi-dimensional storyline, it currently holds a rating of 78% on Rotten Tomatoes. Despite having been a popular hit however, it earned significantly less than that of the original film, having only grossed $48 millionーcompared to The Addams Family‘s $113 million. Nonetheless, the Academy Award and Golden Globe Award-nominated film went on to garner the actress yet another Saturn Award nomination in 1994.

Rising in prominence, Ricci later worked with director Lesli Linka Glatter in the coming-of-age movie, Now and Then (1995). Filmed in Savannah Georgia, it followed the lives of four teenage girls in a small town in the summer of 1970. Featuring a screenplay by I. Marlene King, the film saw the actress as Roberta Martinーthe tomboy of the group. Aside from Ricci, the cast list also included Rosie O’Donnell, Melanie Griffith, Thora Birch, Demi Moore and Gaby Hoffman in main roles. Released in theatres on October 20, 1995, Now and Then proved to be a financial success; produced on a budget of $12 million, it eventually grossed over $37 million worldwide.

Despite being a commercial hit however, it received mainly negative reviews from viewersーmany of whom panned it for its familiar plot and resemblance to a sit com. In 2012, half a decade after the film’s original release, it was said that ABC family had plans to develop the film into a television series; despite the announcement, the project ultimately did not go past the developmental stage and was later dropped. Although Now and Then didn’t fare well with critics, it did go on to earn the cast a Young Artist Award nomination for “Best Performance by a Young Ensemble” in 1996. 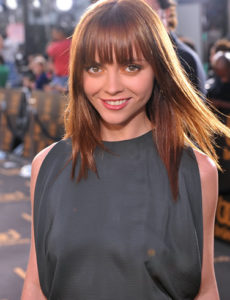 Towards the latter part of the 90’s, Ricci began transitioning into more adult roles as she starred in the film, The Ice Storm (1997). Featuring a large ensemble cast consisting of Kevin Kline, Tobey Maguire, Joan Allen, Elijah Wood, Glenn Fitzgerald and Katie Holmes, it made its way to select US theatres on September 26, 1997. In the movie, the actress portrayed the part of Wendy Hoodsーa sexually curious fourteen year old who enjoys playing carnal games with her friends at school.

While The Ice Storm only grossed $7.8 million during its limited theatrical release, it garnered many positive reviews; hailed as one of filmmaker Ang Lee’s best works, the cast also received much praised for their on-screen performance. Nominated for a Golden Globe Award, The Ice Storm was later also included in the Online Film Critics Society’s list of “Top Ten Films of the Year”.

After making a number of appearances in various small-scale films, she returned to the spotlight in the crime drama, Monster (2003). Written by Patty Jenkins, it centred around a former prostitute named Aileen Wuornos, who throughout the course of the movie becomes a serial killer. Based on a true story, it received a limited theatrical run in the United States in 2004, after having premiered at the American Film Institute a year earlier. Universally acclaimed, Monster was a massive box office hit, earning over $60 million from a production budget of $8 million. While Charlize Theron played the role of Aileen, Ricci portrayed the part of Selby Wall, her fictionalized female lover (who was based on Wuorno’s real life girlfriend at the time). Deemed as one of the best films of the decade, Monster won over two dozen awardsーone of which was a prestigious Oscar. 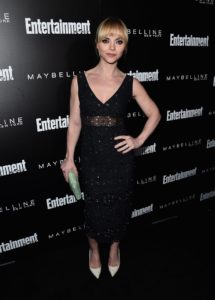 This upcoming year, Ricci will be starring in an Amazon original series called, Z: The Beginning of Everything (2017). Originally premiered on November 5, 2015, its first season is set to come out in late January 2017. Based on a book by author Therese Anne Fowler, it will center around the life of Zelda Fitzgeraldーan American socialite from the early twentieth century, who will be played by the actress. Created by Nicole Yorkin and Dawn Prestwich, the show will also star Gavin Stenhouse, David Hoflin and David Strathairn.

In terms of recent projects, the actress recently co-starred alongside Selma Blair, Symmetry and Luke Mitchell in the movie, Mothers and Daughters (2016), which was released in May 2016.

If you’d like to stay up-to-date and connected with the movie star, you can do so by following her on social mediaーyou can find Christina Ricci on Twitter at @ChristinaRicci or on Instagram at @riccigrams.